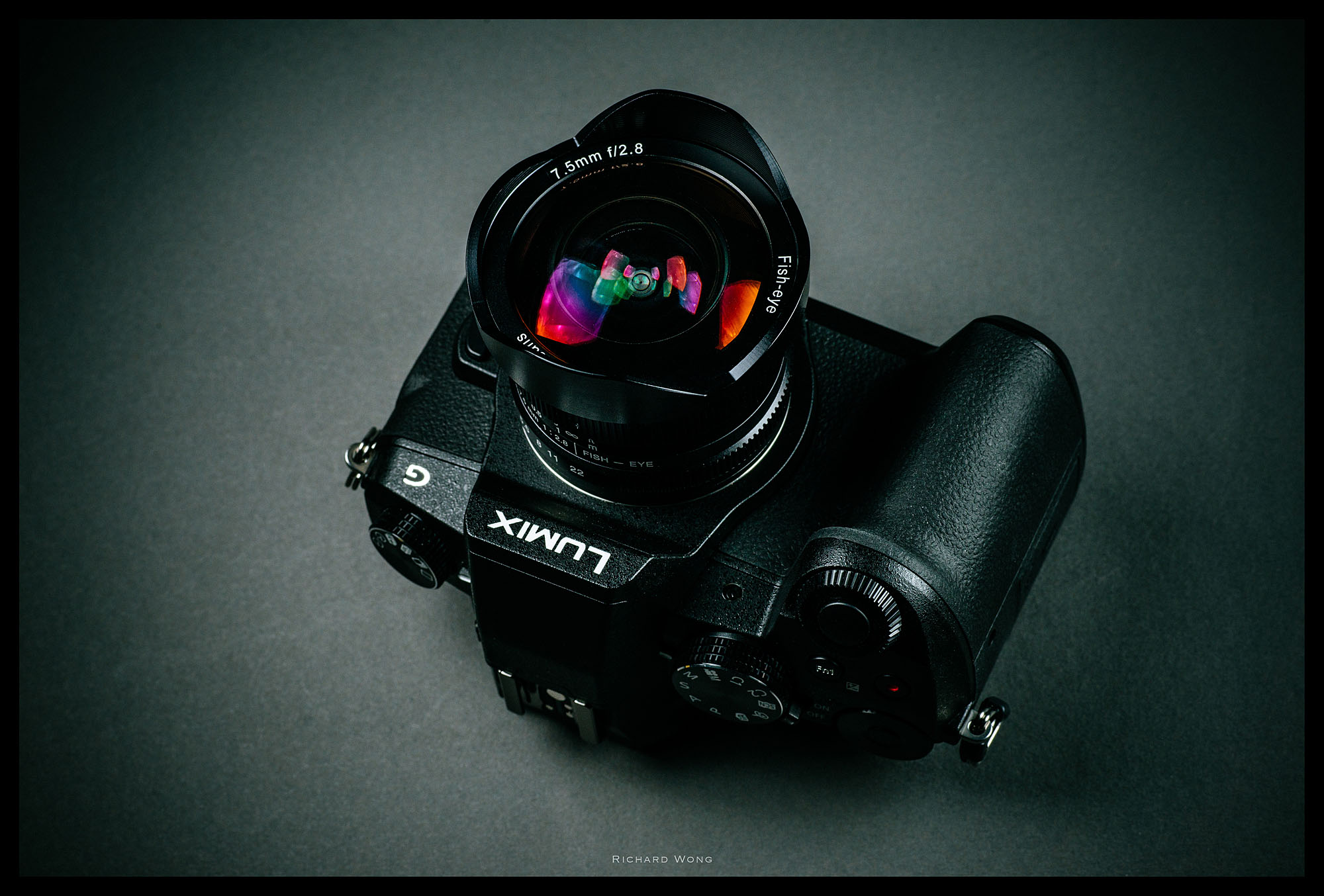 In the last few years, we have seen a number of new lens manufacturers from China. Mitakon (Zhongyi), Laowa, Kerlee…etc and some of them have already established a good reputation as a lot of their lenses delivers not only good quality but also being very cost effective. 7Artisans is another new comer and they have just released a bunch of lenses. Their 50mm f/1.1 M mount lens is definitely the one most people are excited about as it’s a super fast lens for the Leica M mount and the price is really really cheap. Being a Leica M user, I might review that lens in the near future as well, but this time, I’m reviewing one of their other lenses first, it’s the 7Artisans 7.5mm f/2.8 fisheye lens for micro four thirds camera. 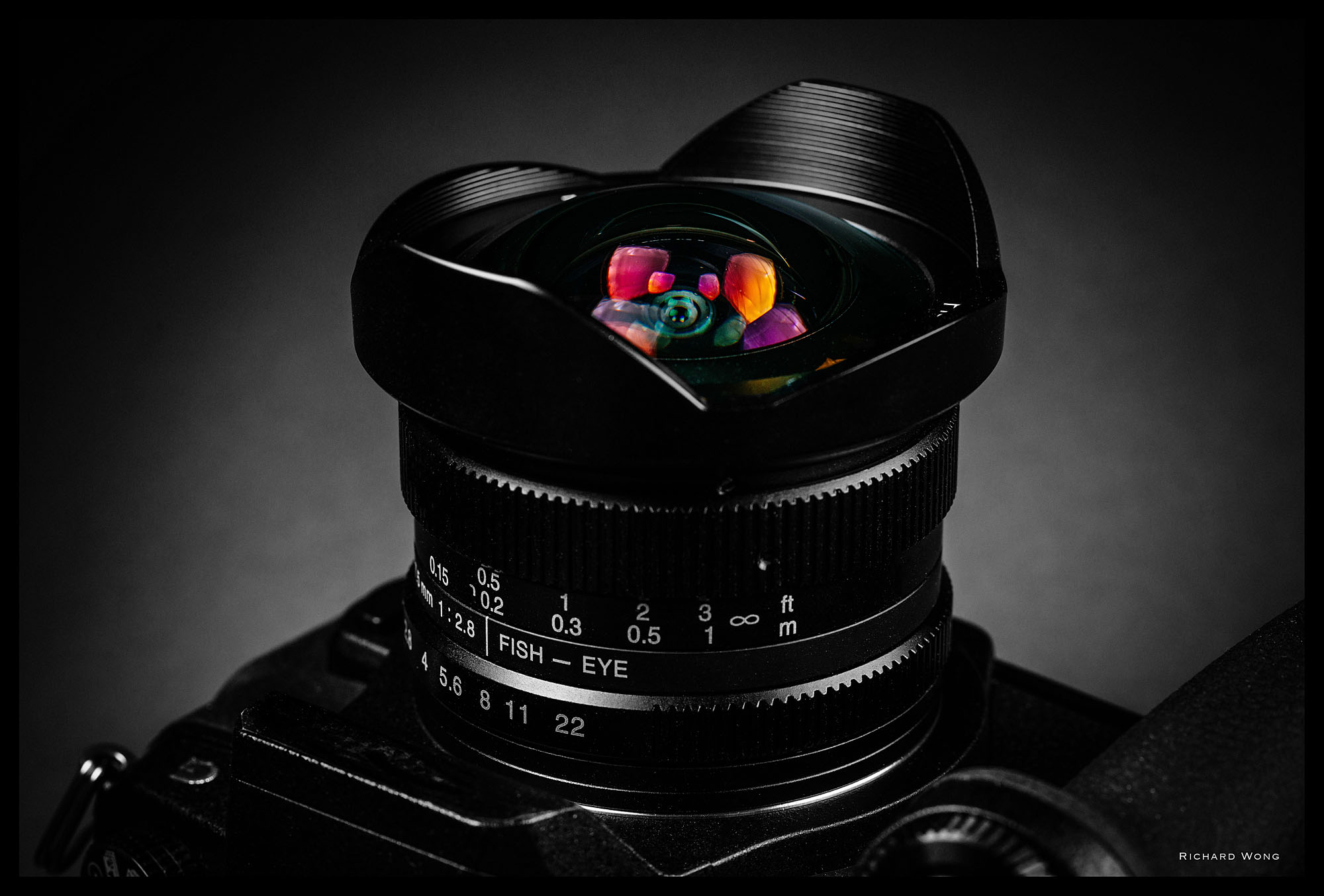 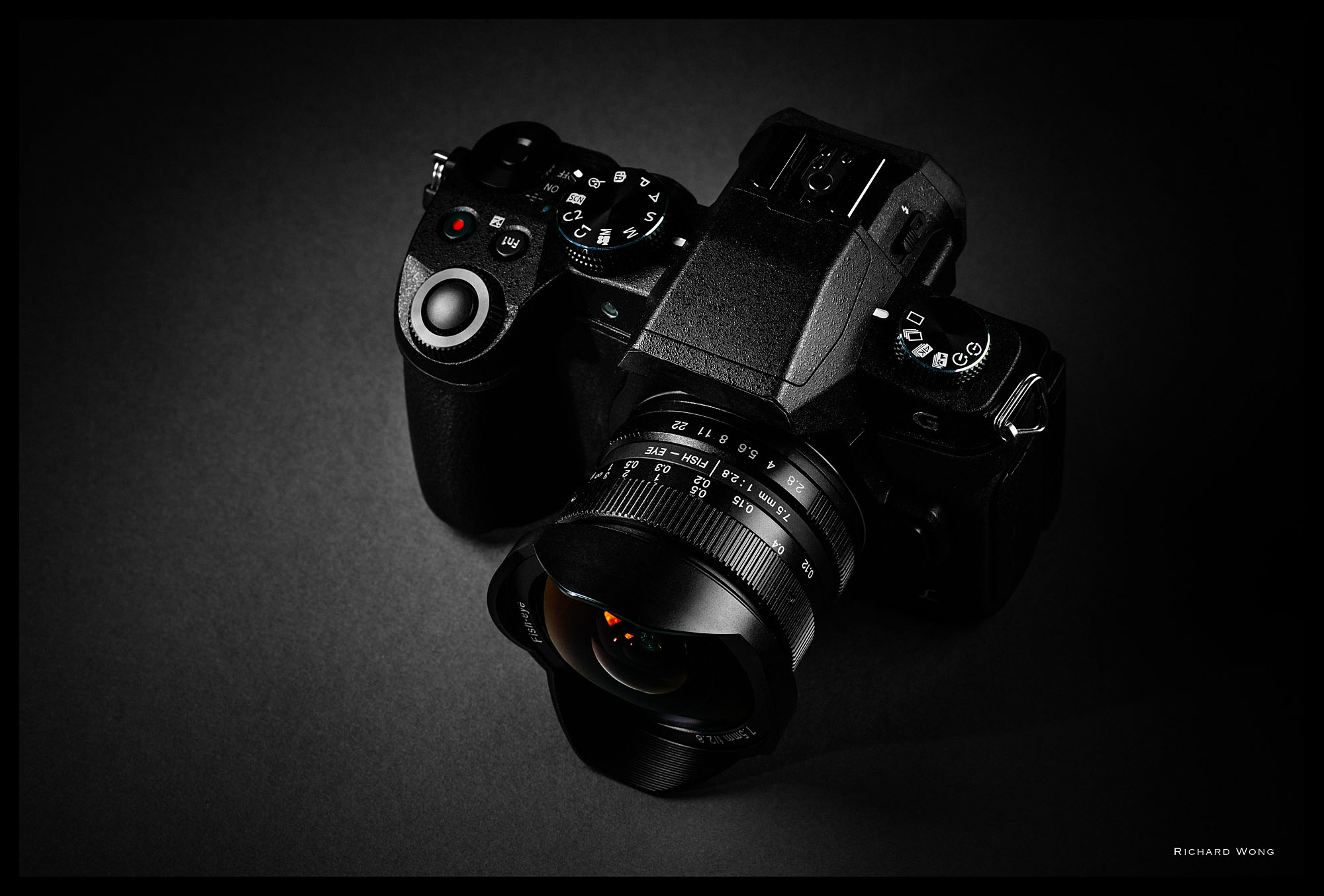 The 7Artisans 7.5mm fisheye lens is a manual focus lens with no electronic components inside. The size is fairly compact but feel very solid thanks to its metal construction. The aperture ring and focus ring are both smooth but I feel there is a tiny bit of play when I try to rotate them. The aperture ring has a click-less design, which seems to be a trend for most of the lenses from China for some reason. As I’m mainly a photographer, I would certainly prefer the aperture ring to have clicks or even better if they can make it a switchable design.
The lens has a built-in detachable metal lens hood which is solid and nice shaped. But I don’t see why anyone would want to remove the lens hood as the lens hood provides some physical protection to the extruded front element and you’ll also need the lens hood for the lens cap to attach on to.
The lens cap is made of soft plastic and does look/feel a it cheap. When I first got the lens, I wasn’t too happy about it as the lens cap is really tight when attached to the lens. I felt I would easily damage the paint on the lens hood every time when I remove the lens cap. But after using the lens for about a week, the lens cap has loosened up a bit and now I’m actually super happy with it. The lens cap is still tight enough that I don’t think it would fall off by itself, but it’s not super tight anymore so I no longer worry that I might damage the lens hood when I take it off. It would be interesting to see how it will be like after say 6 months or 1 year but so far I think the lens cap is perfect function wise. Much better than my Nikon AF 16mm f/2.8 fisheye at least as the lens cap for that lens can easily fall off even when the lens was brand new.
As I said at the beginning, the lens has no electronic components and therefore it doesn’t have any electronic contacts at the lens mount. This is pretty common for a lot of third party manual focus lenses. But one thing that is not so common, and actually a bit of issue is, you could kind of mount the 7Artisans fisheye lens onto the camera even if you put it on at incorrect angle. Check the end of my unboxing video and you’ll see how I could mount it onto the camera incorrectly. I have to say this is the first time I noticed this kind of issue with all the micro four thirds lenses I’ve used. While it may not cause damage to your camera/lens, you might be confused why the lens doesn’t “click” when you try to mount it onto the camera. And what even worse is, if you didn’t notice the lens has not clicked/locked onto the camera, you may end up dropping the lens.
I think the reason we have this issue is because one of the tap on the lens mount is shorter than it should be, and that allows you to put it onto the camera in the wrong angle.
I’ve borrowed a Samyang 7.5mm f/2.8 fisheye lens from one of my reader (Thanks Sean Gray!!) and did some comparisons between the two lenses.
First, let’s look at the image sharpness.
7Artisans’s centre sharpness is quite good. At f/2.8 it is a bit soft but still very useable in my opinion. Stop down to f/4 – f/5.6 and the sharpness improves quite a lot. However, the Samyang is noticeably sharper than the 7Artisans even at it’s maximum aperture (f/3.5), stop it down a bit and you get very sharp result at the centre. 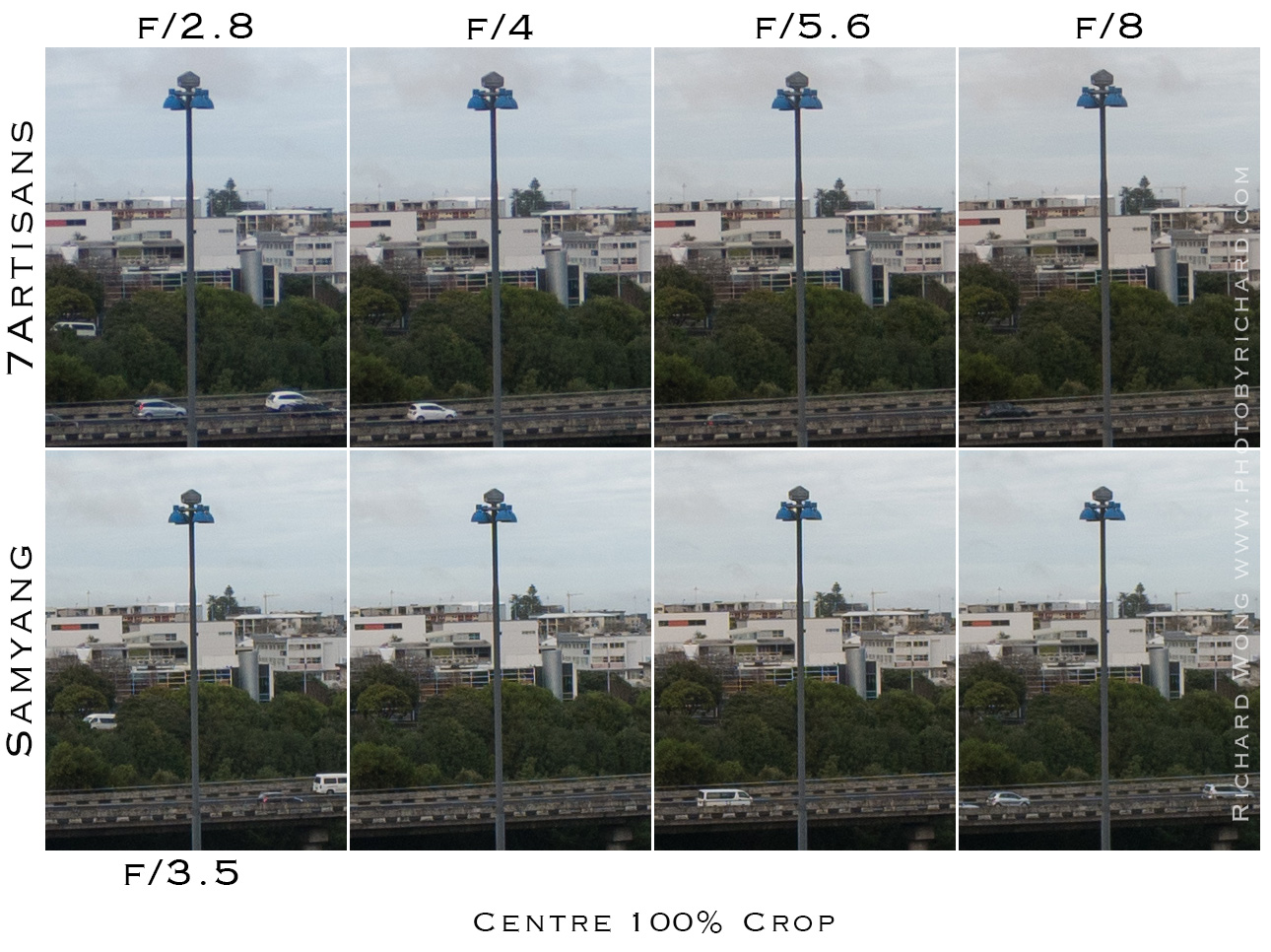 (Please click on the photo to see it at 100%)Looking at the corners, for a fisheye lens, the 7Artisans is quite sharp at f/2.8. If you stop down to f/5.6, the corner sharpness become really good. Comparing this with the Samyang, surprisingly the Samyang is nowhere as sharp as the 7Artisans. It is really quite soft at f/3.5, f/4. Even at f/5.6 it’s still a bit soft when compares to the 7Artisans.
I believe the reason why the 7Artisans has better corner performance is because the 7Artisans was originally designed for APS-C cameras. Therefore it has a bigger image circle and the micro four thirds version only using a smaller image circle closer to the centre. This gives the 7Artisans some advantage in terms of corner image quality. 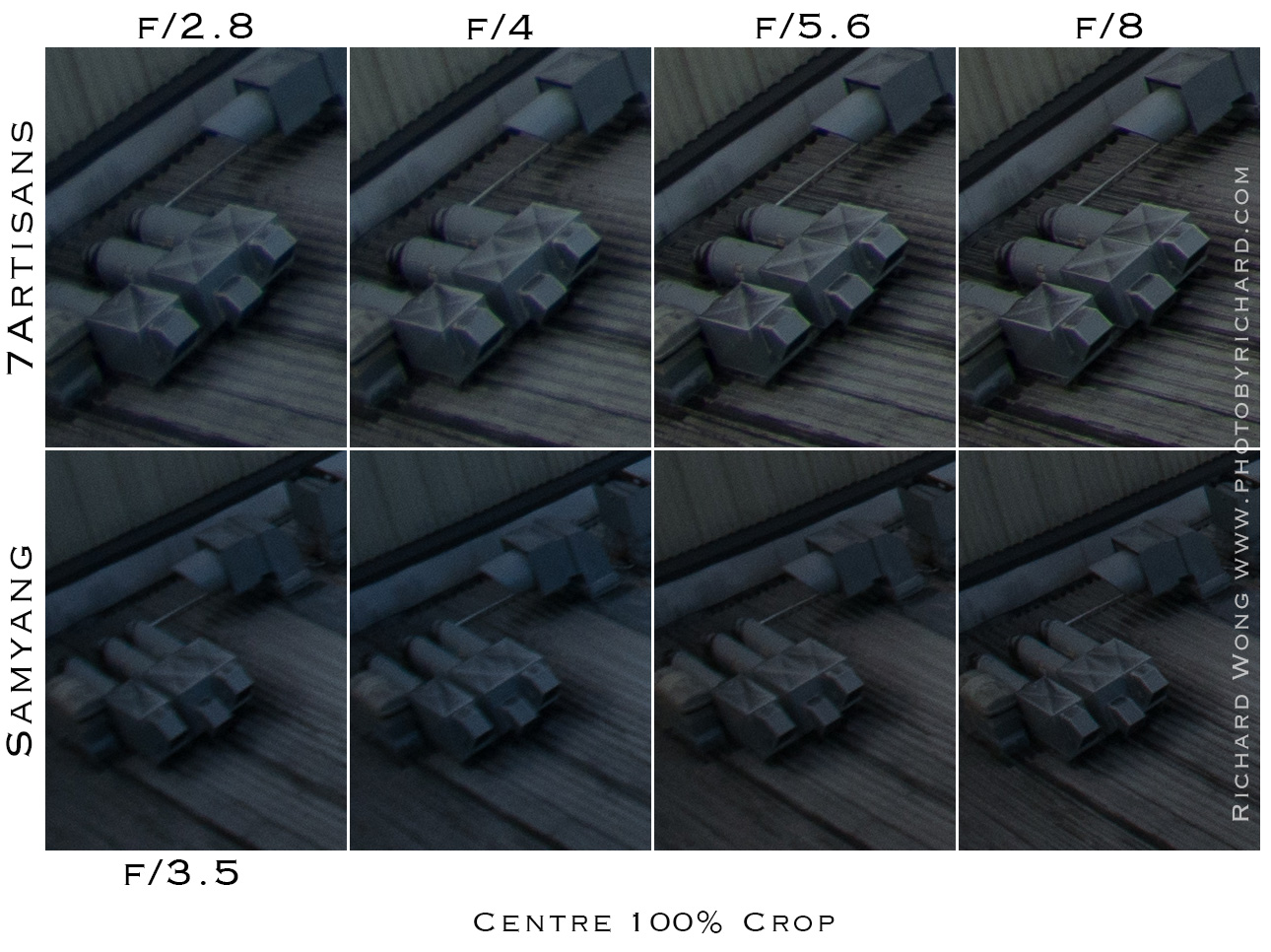 (Please click on the photo to see it at 100%)Everything in life is a tradeoff. While the corner image quality is good, the downside of the 7Artisans is that it has a narrower view angle when compares with the Samyang. Samyang has a 180 degree view angle while the 7 Artisans is slightly narrower if you look at the comparison photo below. 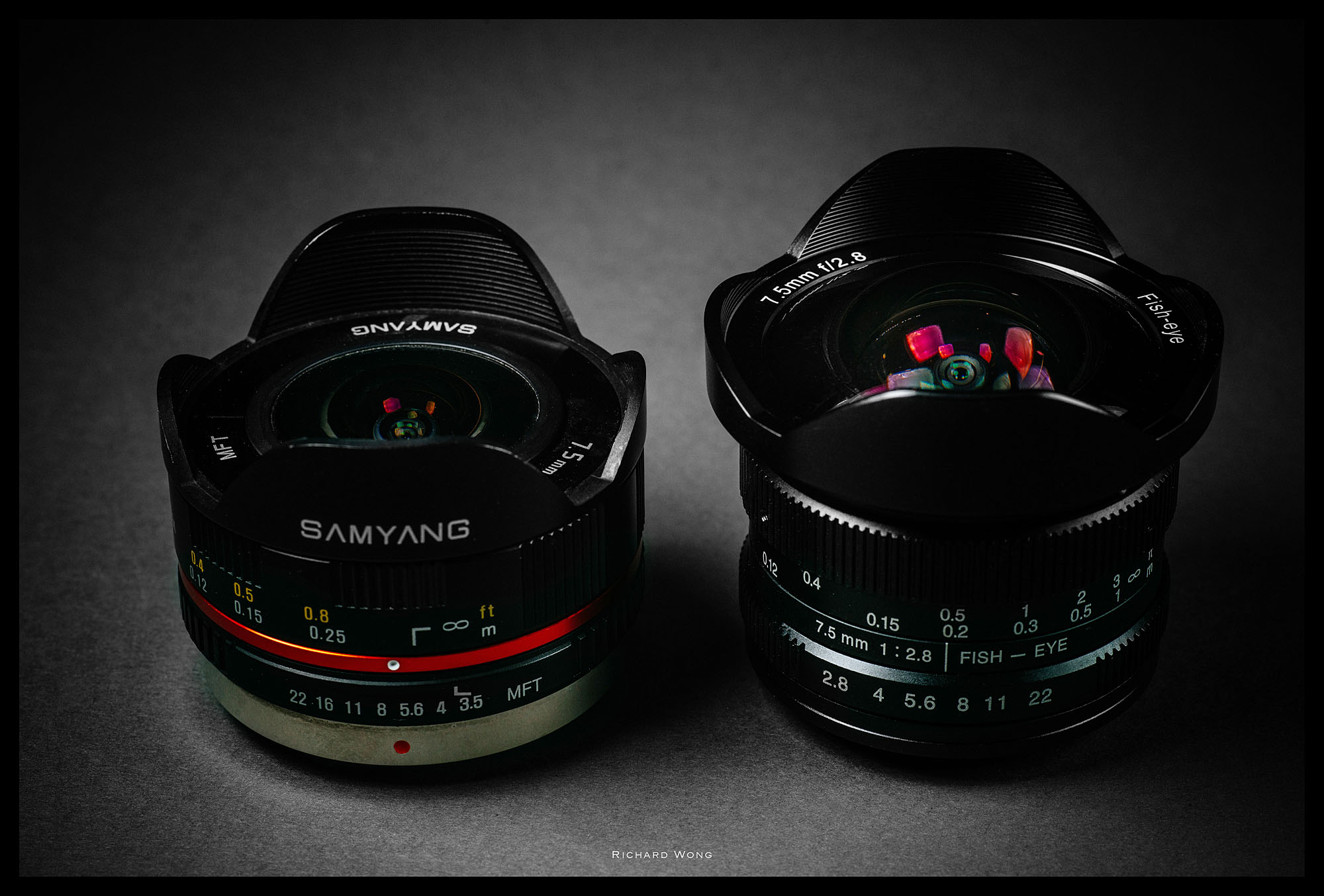 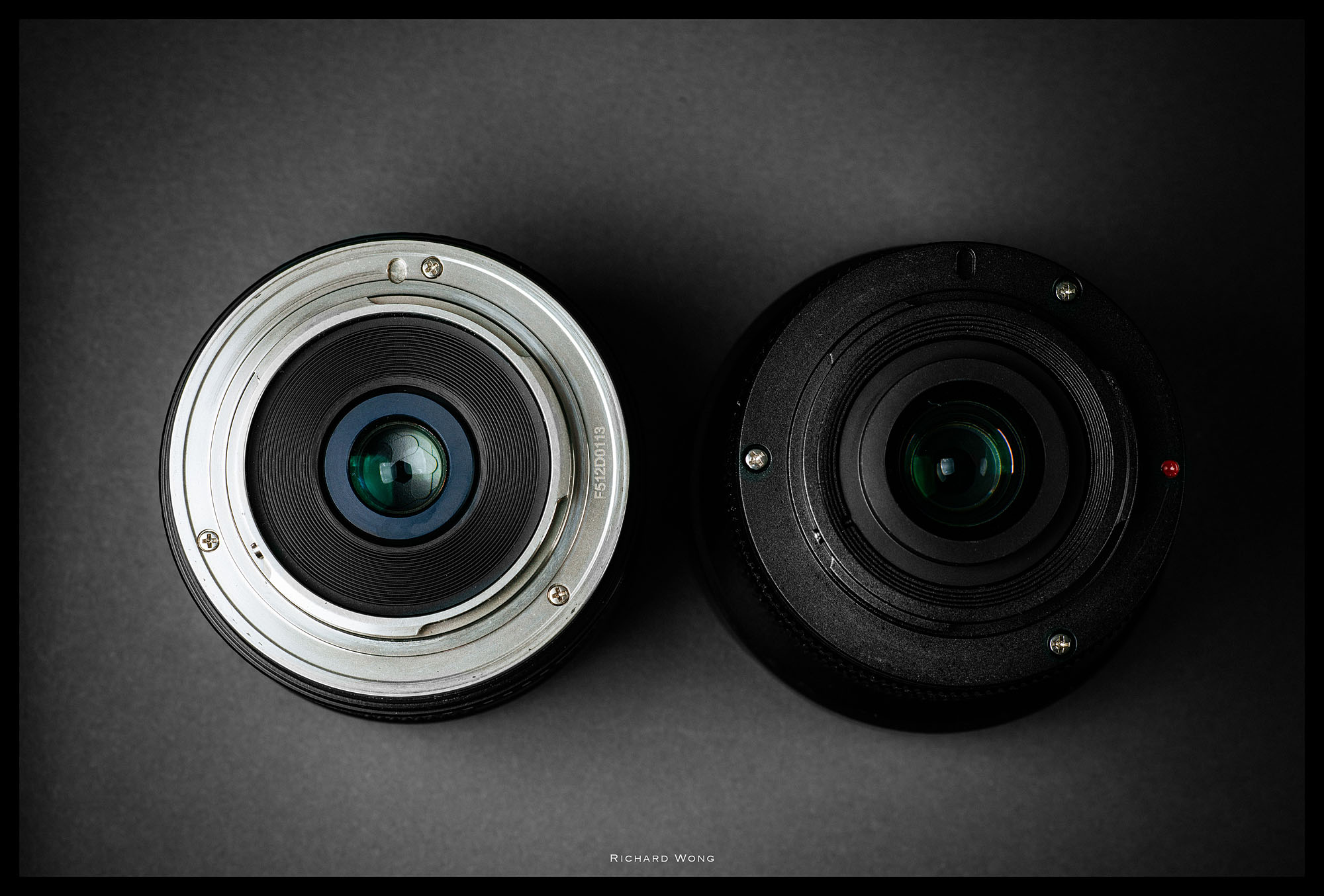 Lens flare is always a problem for fisheye lens because of it’s super wide view angle combined with an extruded front element and the fact that you virtually can’t rely on lens hood to minimise lens flare. Frankly, I was expecting the 7Artisans fisheye to have terrible flare performance because of it’s price and it being a new company. But the flare performance is actually not that bad. I shot a lot of photos on sunny days and with the sun either in front of the camera and most of the photos there is only small amount of lens flare and contrast remains relatively good. Below is one of the worst example and you can see the result still isn’t too bad. Having said that, the Samyang performs better than the 7Artisans in this area again. There is less flare from the Samyang in most of the comparison photos I shot from the exact same spot with camera locked on a tripod.

Flare Comparison at f/8
This is probably one of the worst example in terms of lens flare. But the Samyang does have better flare control than the 7ArtisansThere is quite a bit of chromatic aberration from the 7Artisans fisheye lens. Quite often I can see CA / colour fringing around the high contrast areas. While not terrible, it is definitely noticeable in a lot of my photos. 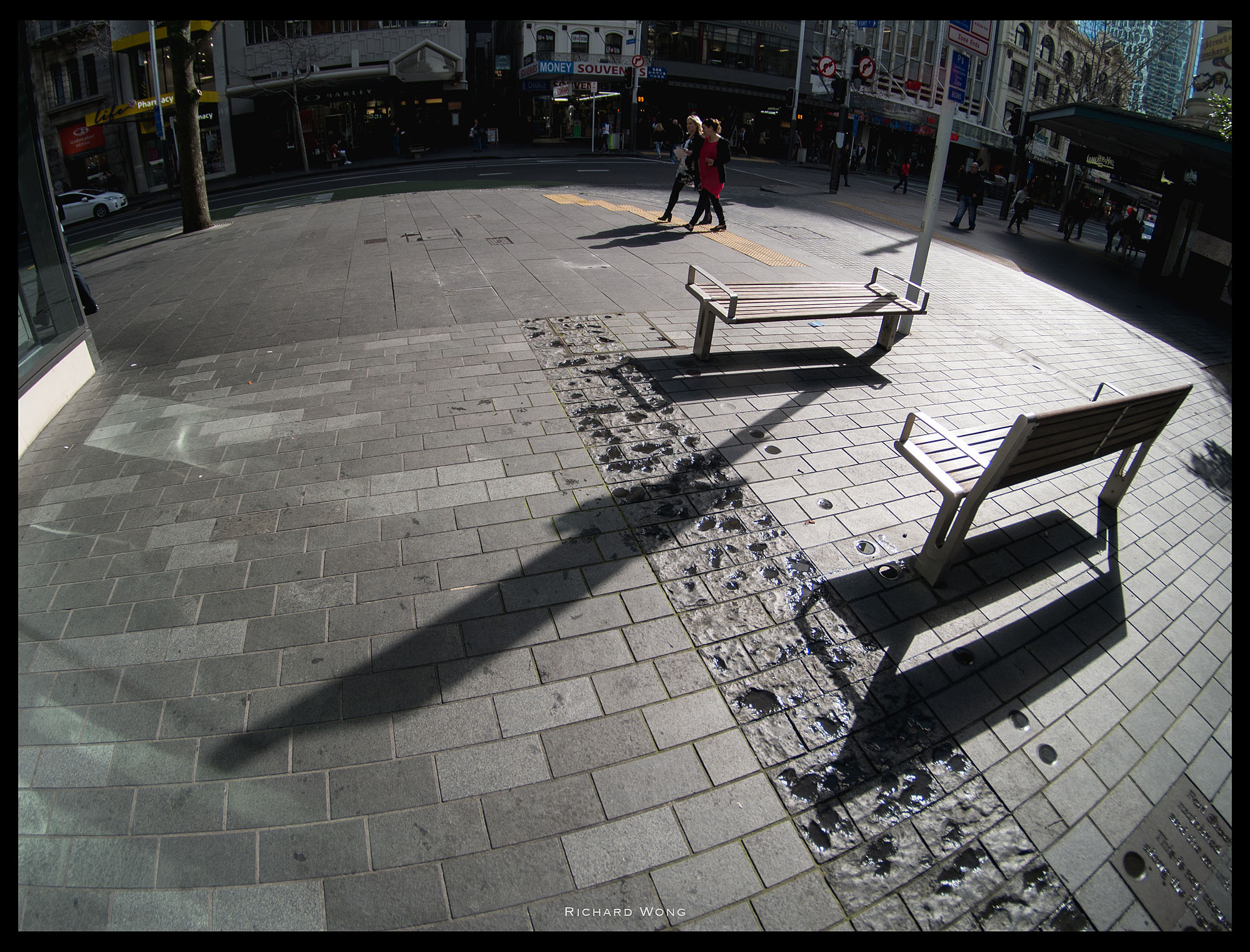 Panasonic G85 | 7Artisans 7.5mm fisheye | ISO 200 f/4 1/2000s
You can see quite a bit of CA around the shinny metal area.When I recently decided to create more video contents, I bought a Panasonic G85 with the 12-60mm kit lens which I thought would be great for videos and especially vlogging. And indeed it is, the camera and lens are both great and video quality is great. However, there is one little thing I don’t like. When I try to hold the camera at arm length distance facing me (typical vlogging position), even at the widest focal length 12mm, I still find the video crops a bit too tight (partially because the G85 has a slight crop when shooting 4K videos) . So I put the 7Artisans fisheye onto my G85 and see how it works for vlogging, and I love the results. The view angle is much wider and it results in much wider framing when I hold it in the typical vlogging selfie style. My face doesn’t fill up the screen anymore and there are a lot more space in the frame.Because of the cropping from the camera in video mode and the fact that it’s an APS-C fisheye lens, the distortion is nowhere as extreme as what you would expect a fisheye lens would be when you are shooting video.
In my review video at the beginning of this post, you can see some comparison videos from around 15:50 and 16:30.
Because of fisheye lens’s very deep depth of field, I could just set the lens to f/5.6 and focus distance around 1m, and pretty much everything from arm length to infinity would be in focus so I don’t have to worry about focusing at all. This makes vlogging very easy as normally pretty much everything you shoot at is from around an arms length to infinity. So if you are also a vlogger, the 7Artisans fisheye is definitely a very good and affordable ultra wide lens option. 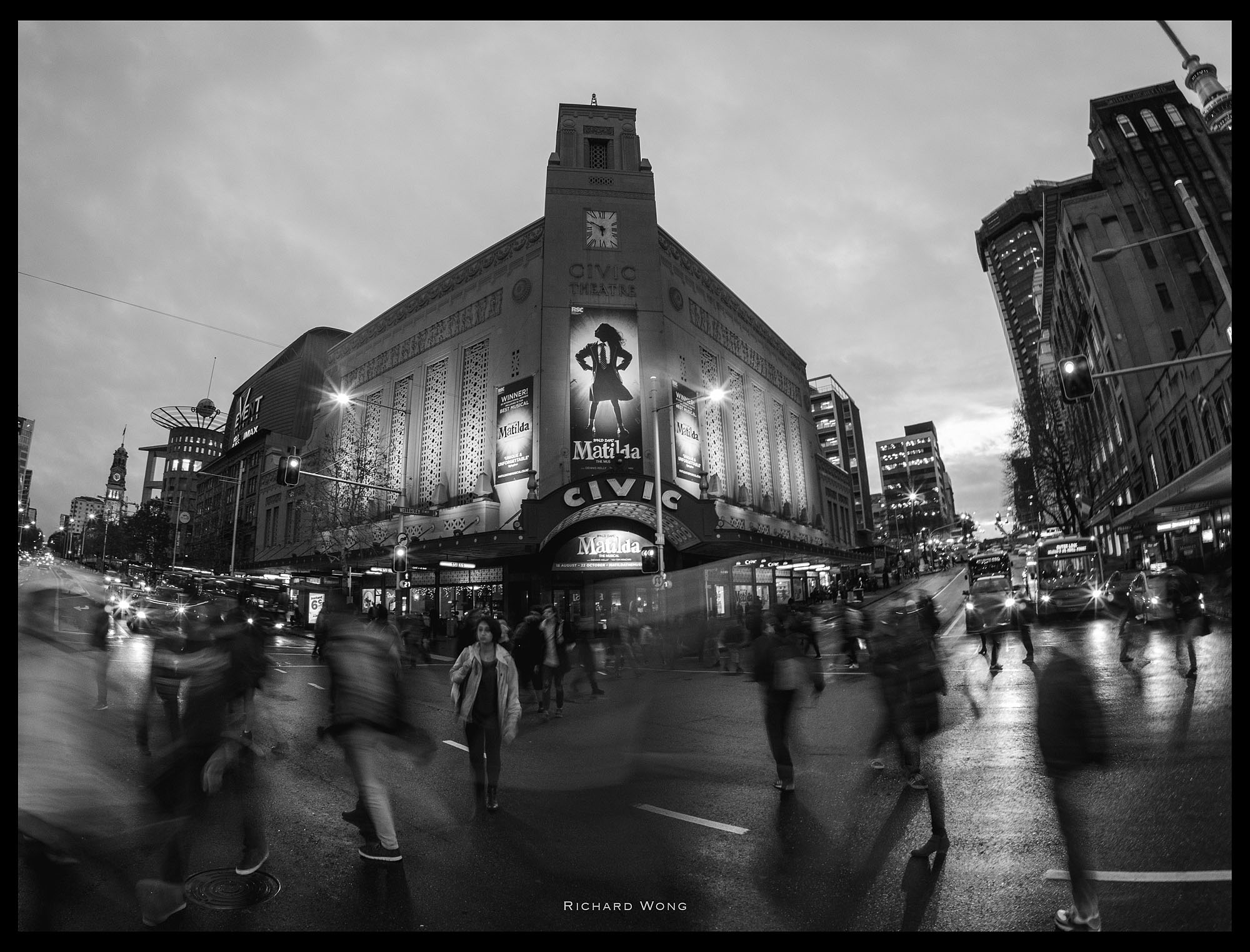 Turns out one of the grub screw was loosen so I tighten it up (and recalibrate the focus distance) and everything has been working normally again since then. But I do wonder if it will happen again in the future.

Now it could be that I’m just really unlucky and received a bad copy. But I did remember when I was researching about this lens and 7Artisans, I’ve came across a video in which similar thing has happened to another photographer’s brand new 7Artisans lens. Unfortunately for that person he has to send the lens back in the end. 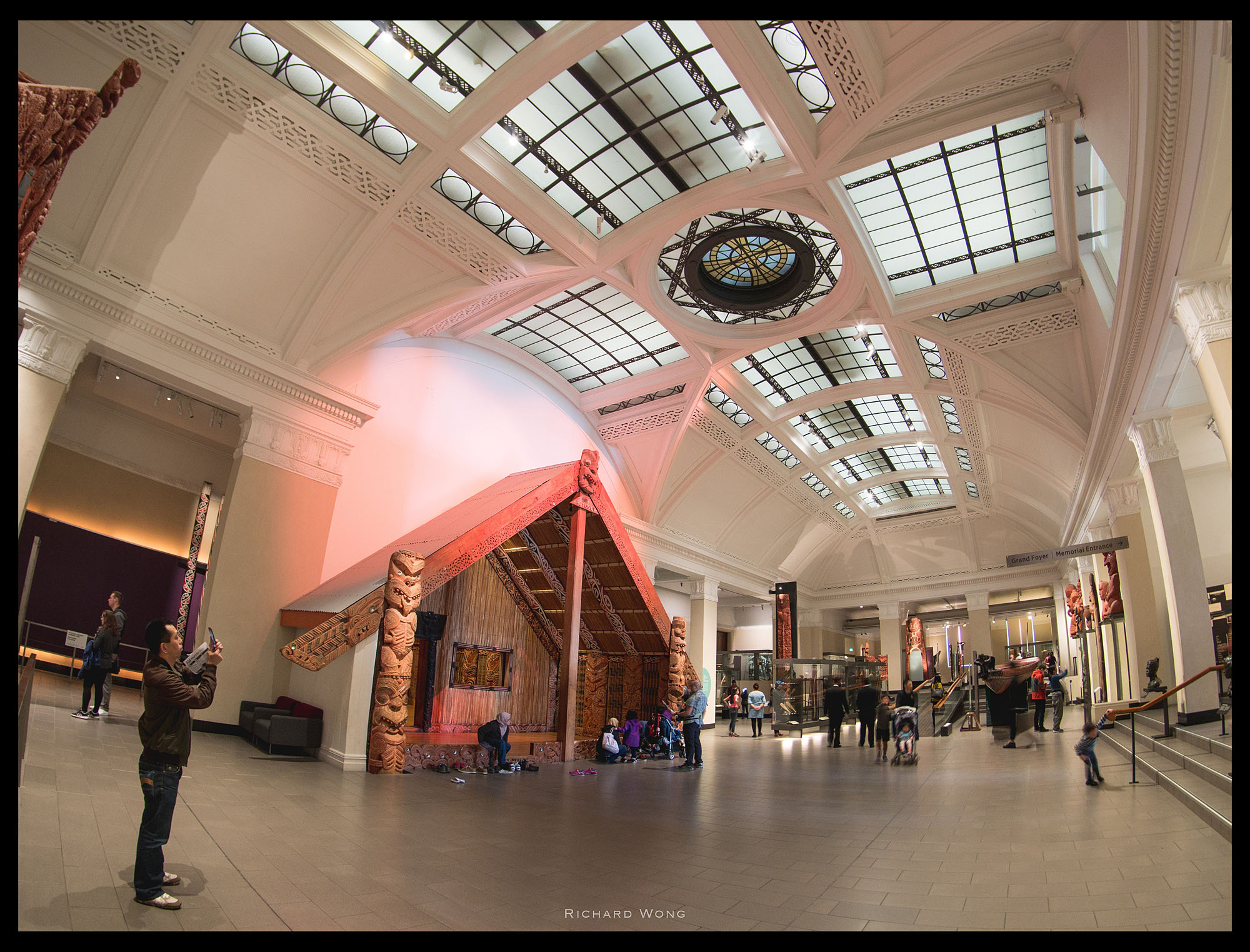 Panasonic G85 | 7Artisans 7.5mm fisheye | ISO 400 0.3sWhile the 7Artisans 7.5mm fisheye has quite a few issues, including the serious issue where the manual focusing ring become loosen, it’s optical performance is actually pretty decent. Considering the really cheap price, and assuming the loosen focusing ring won’t happen to most people, I think it is still a good bargain lens to keep in your camera bag for those occasional fisheye shot.
But if you don’t mind spending a bit more money, then maybe you should consider getting the Samyang / Rokinon 7.5mm fisheye instead as not only the Samyang is a 180 degree fisheye lens, it also has none of the serious issues that the 7Artisans has. 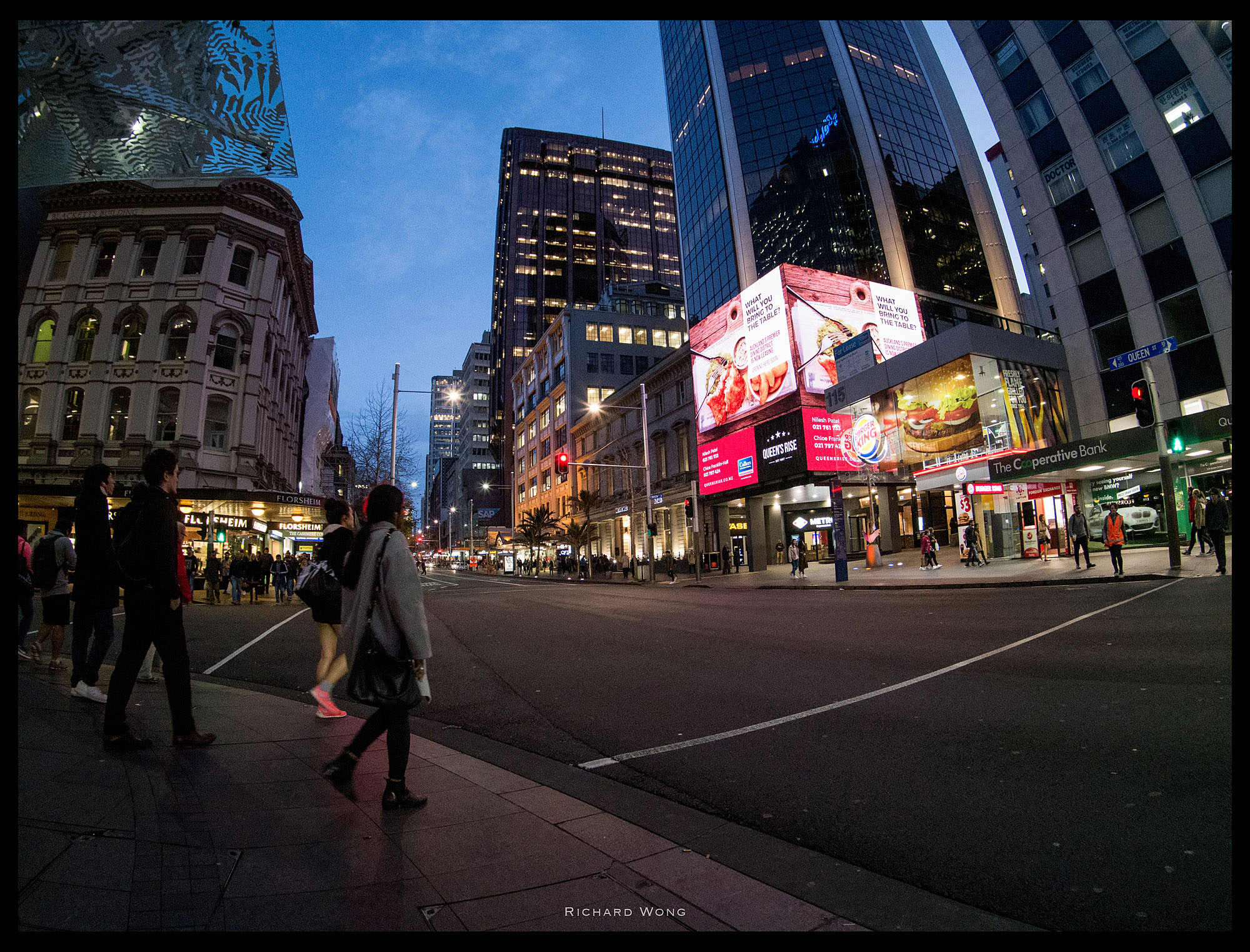 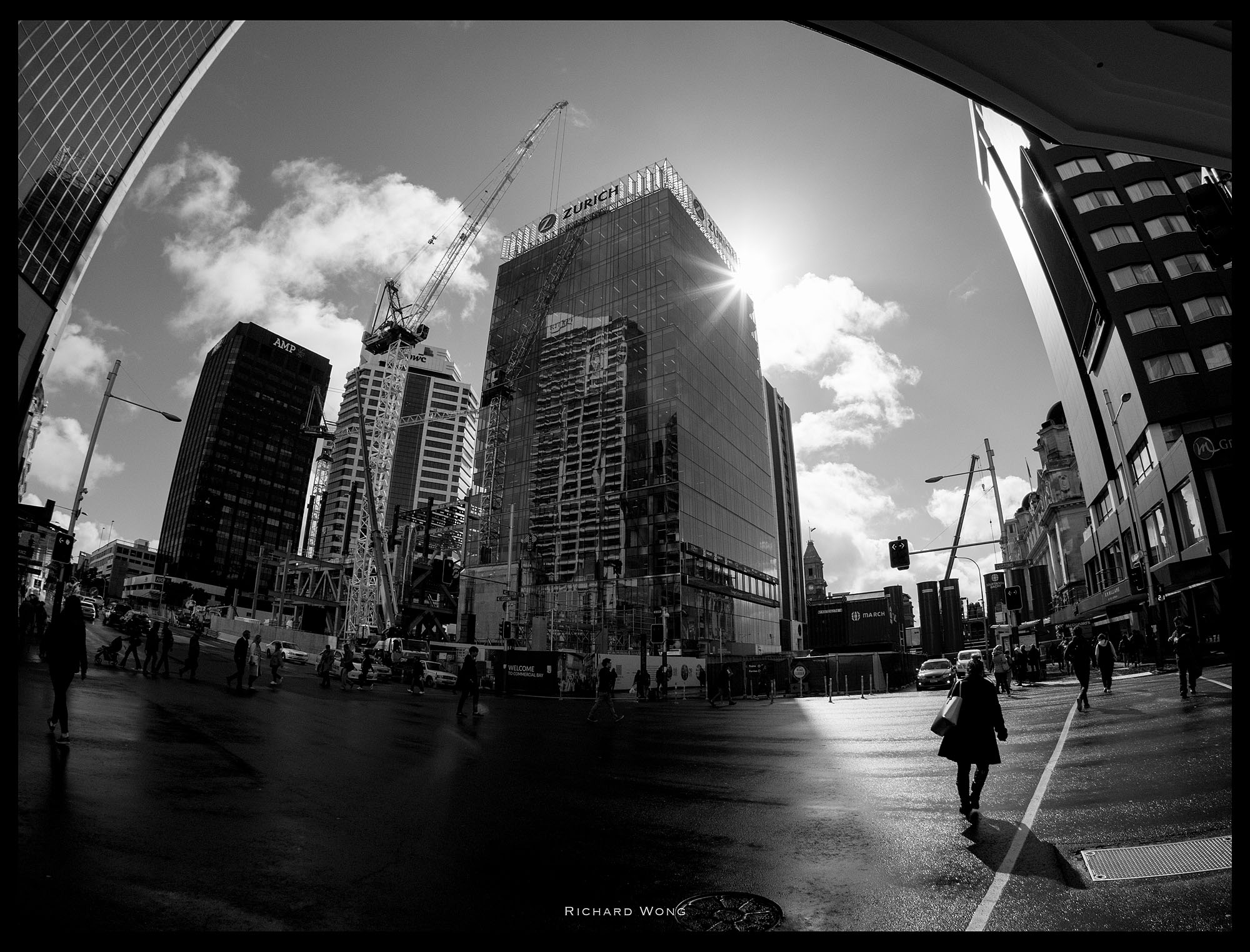 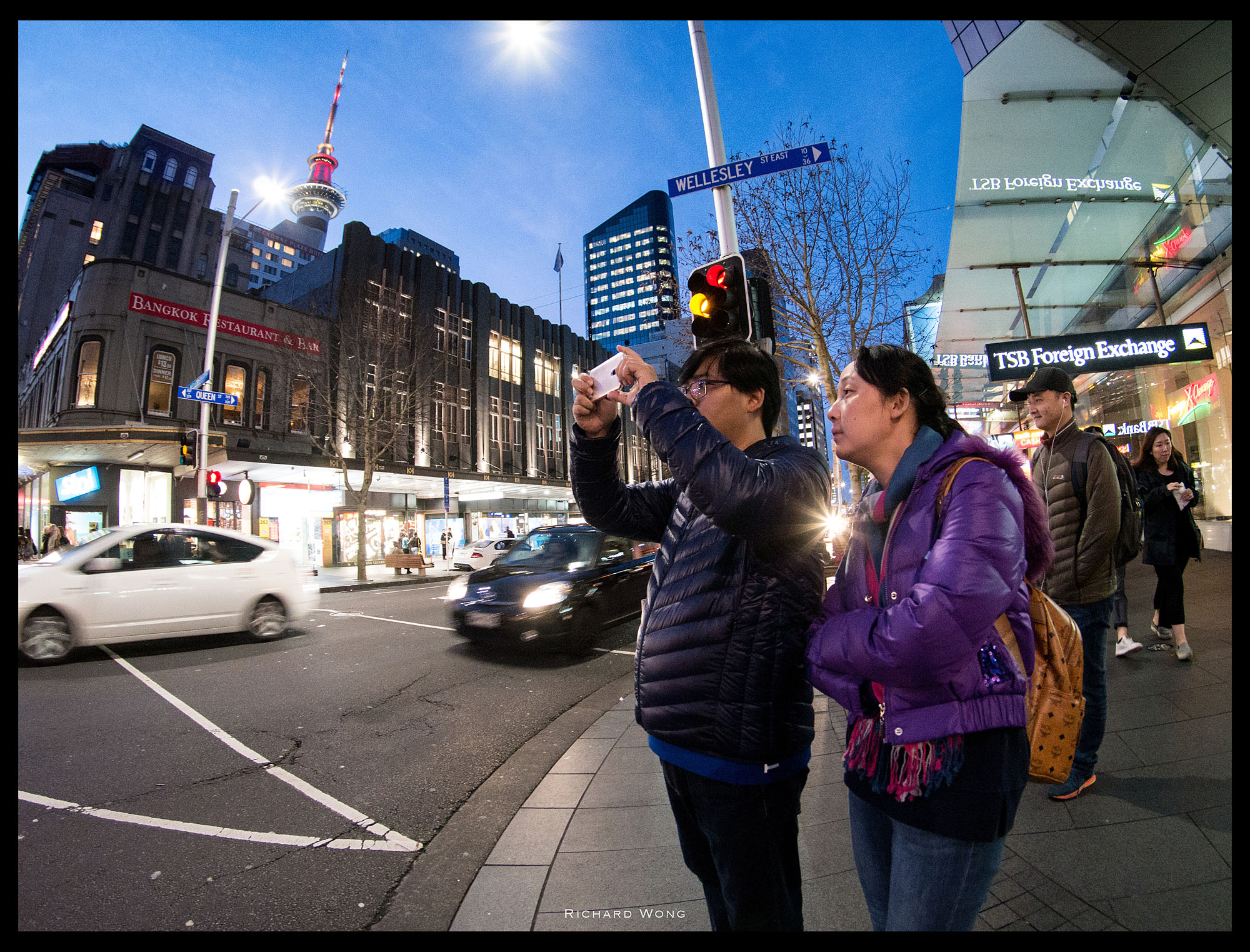 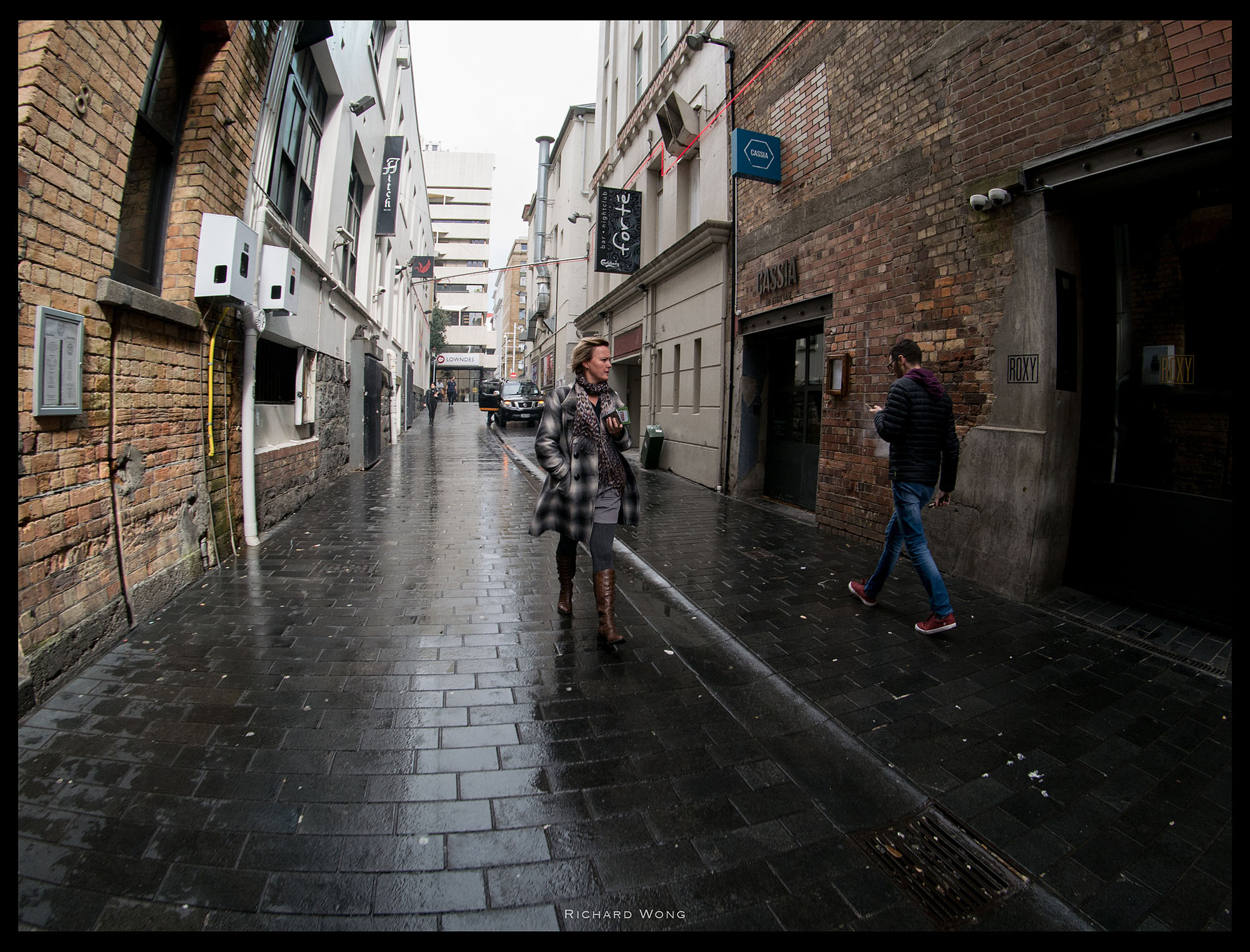 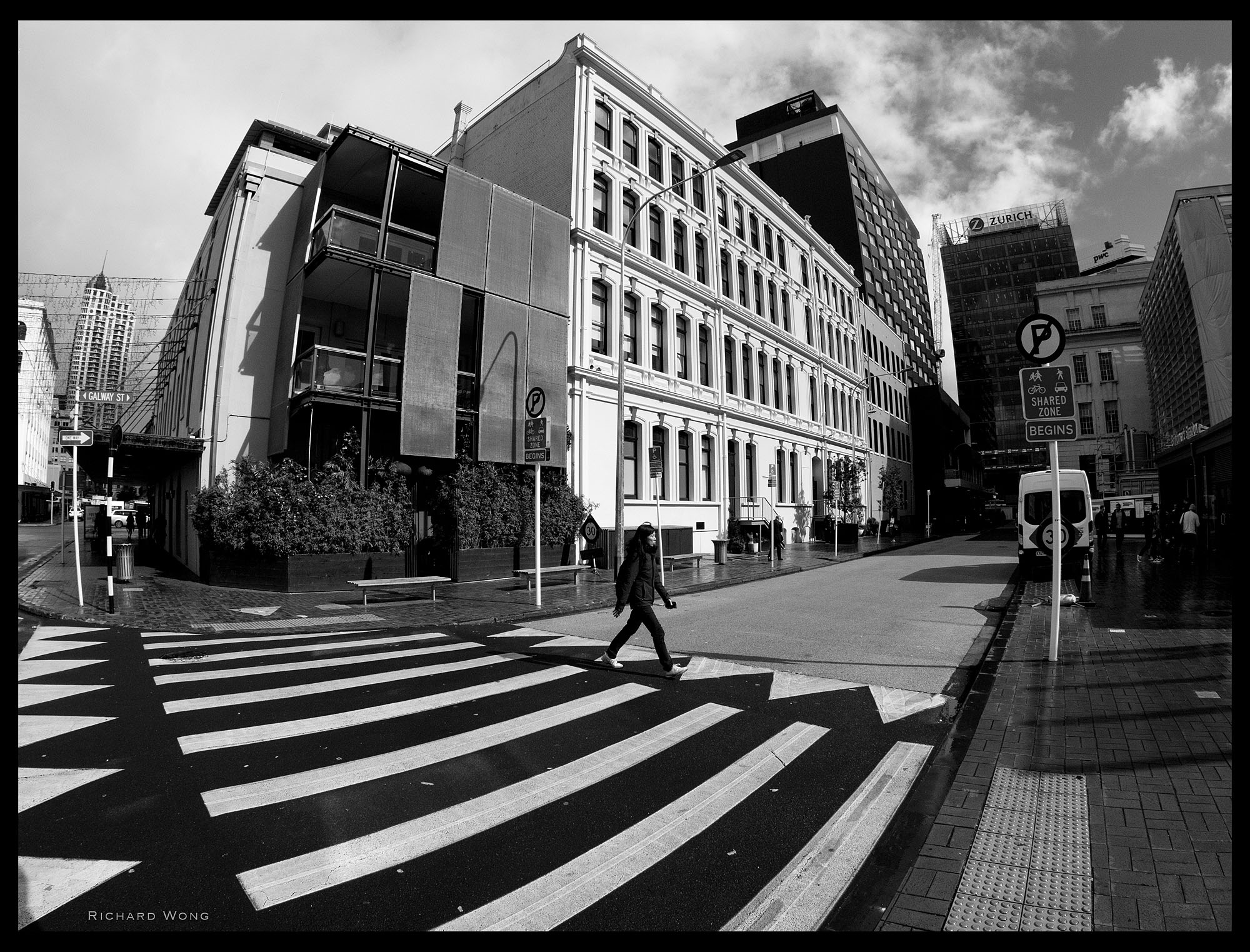 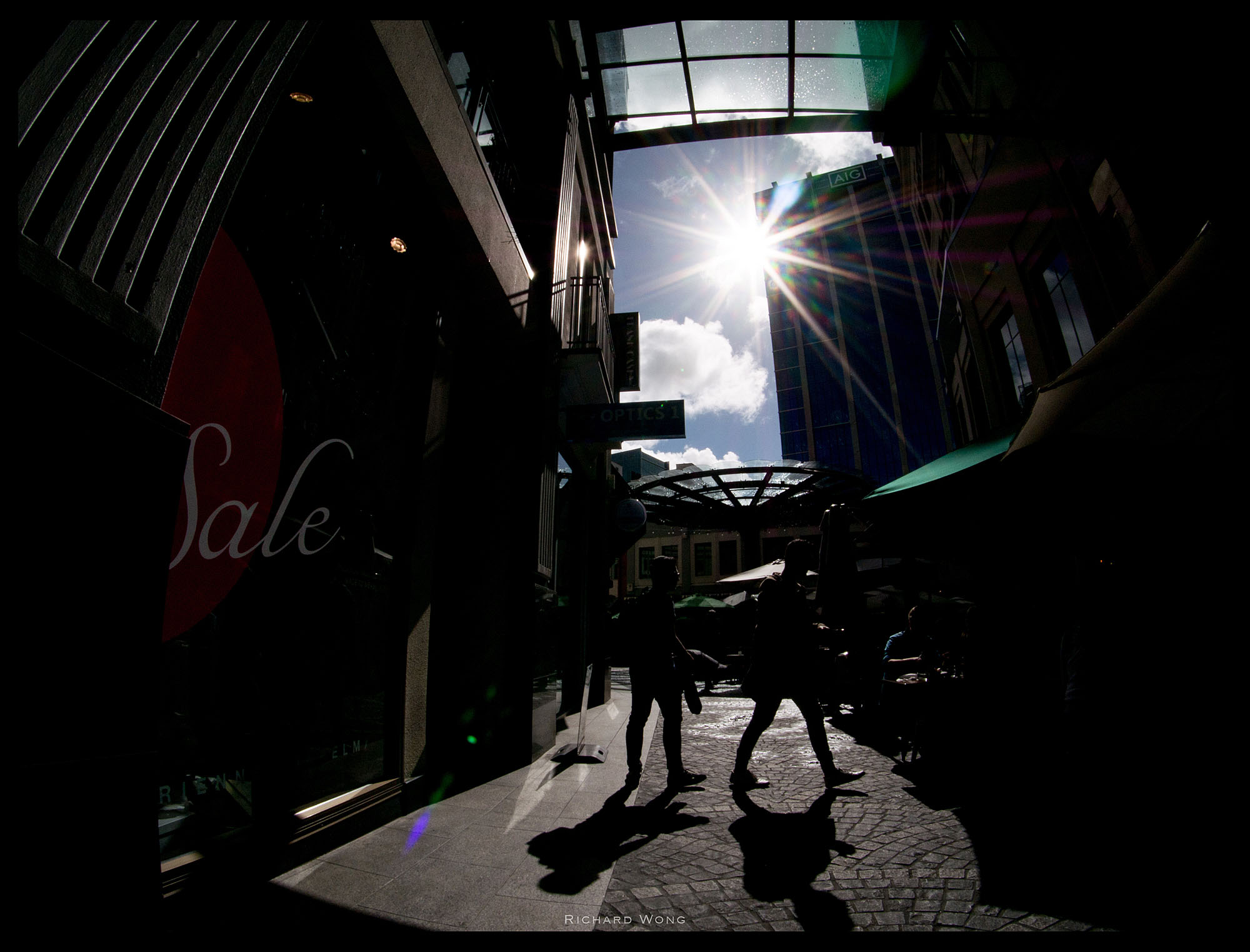 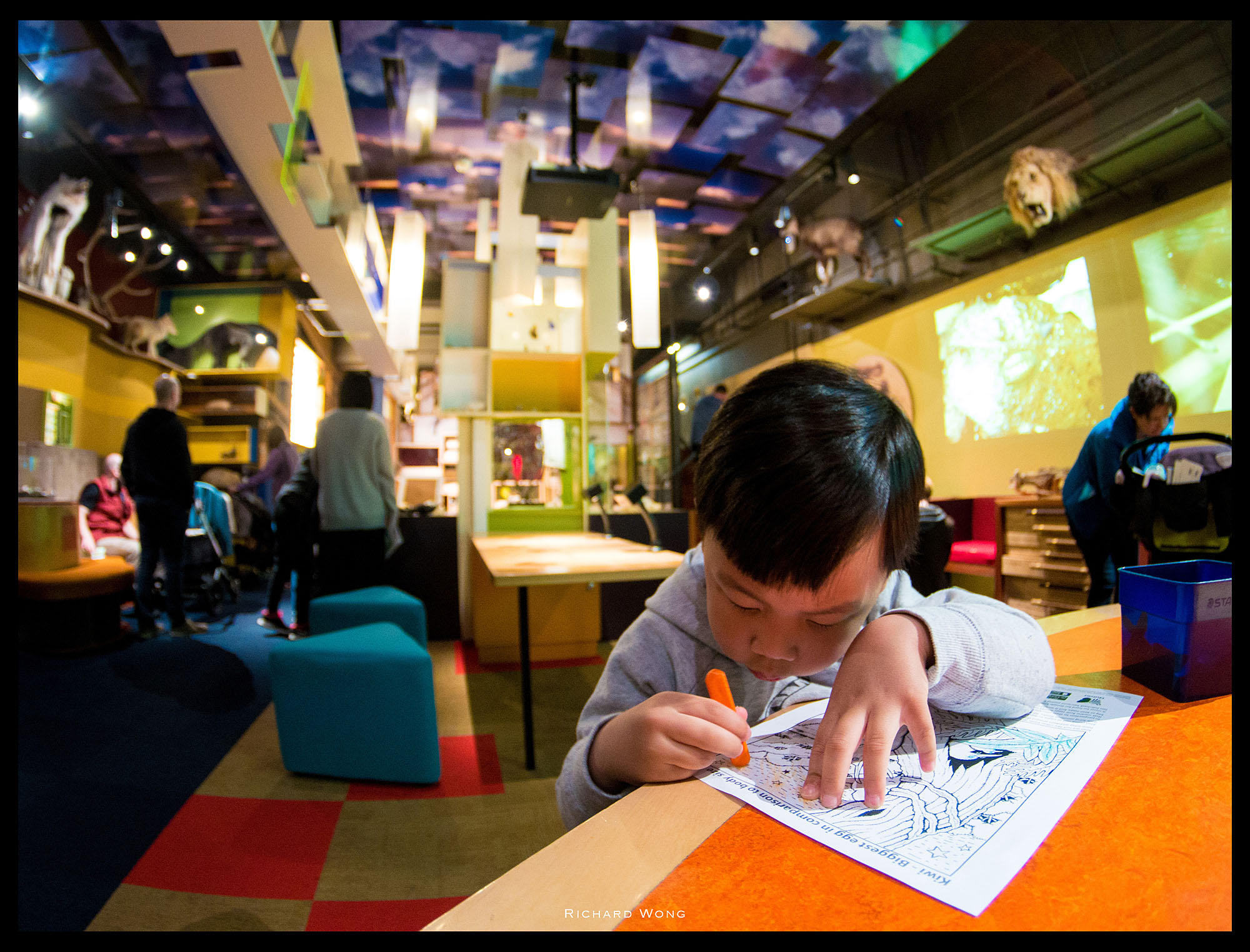 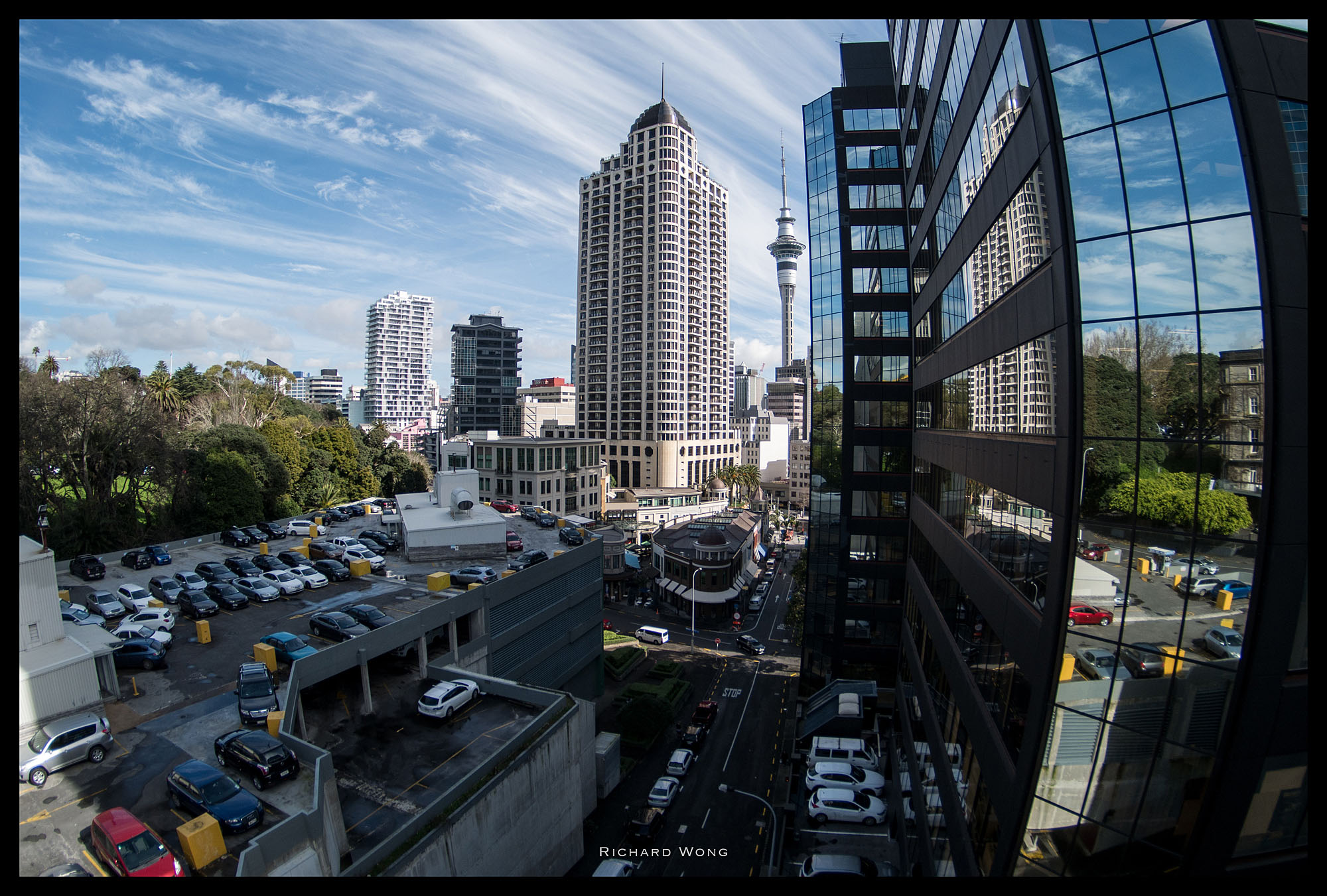 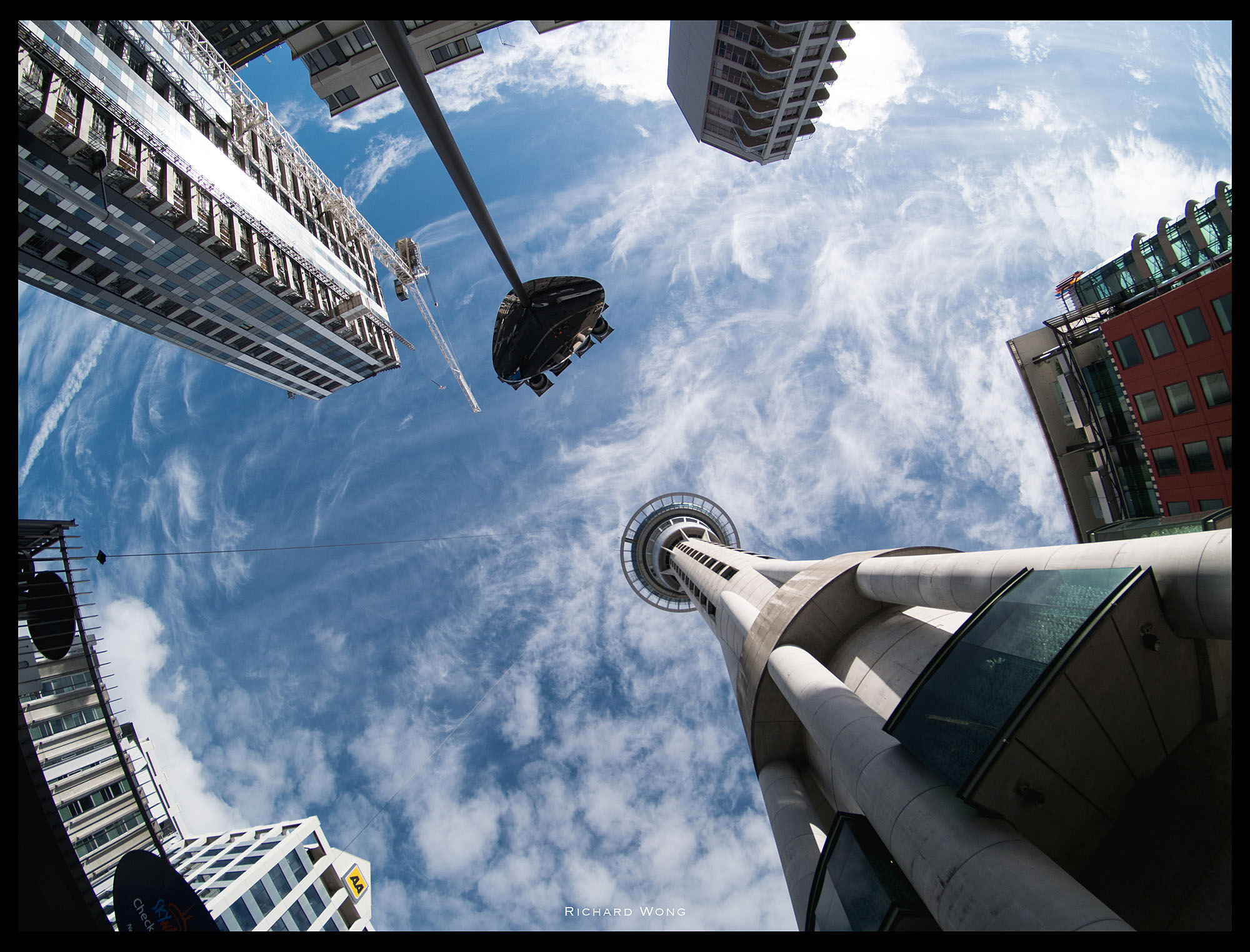