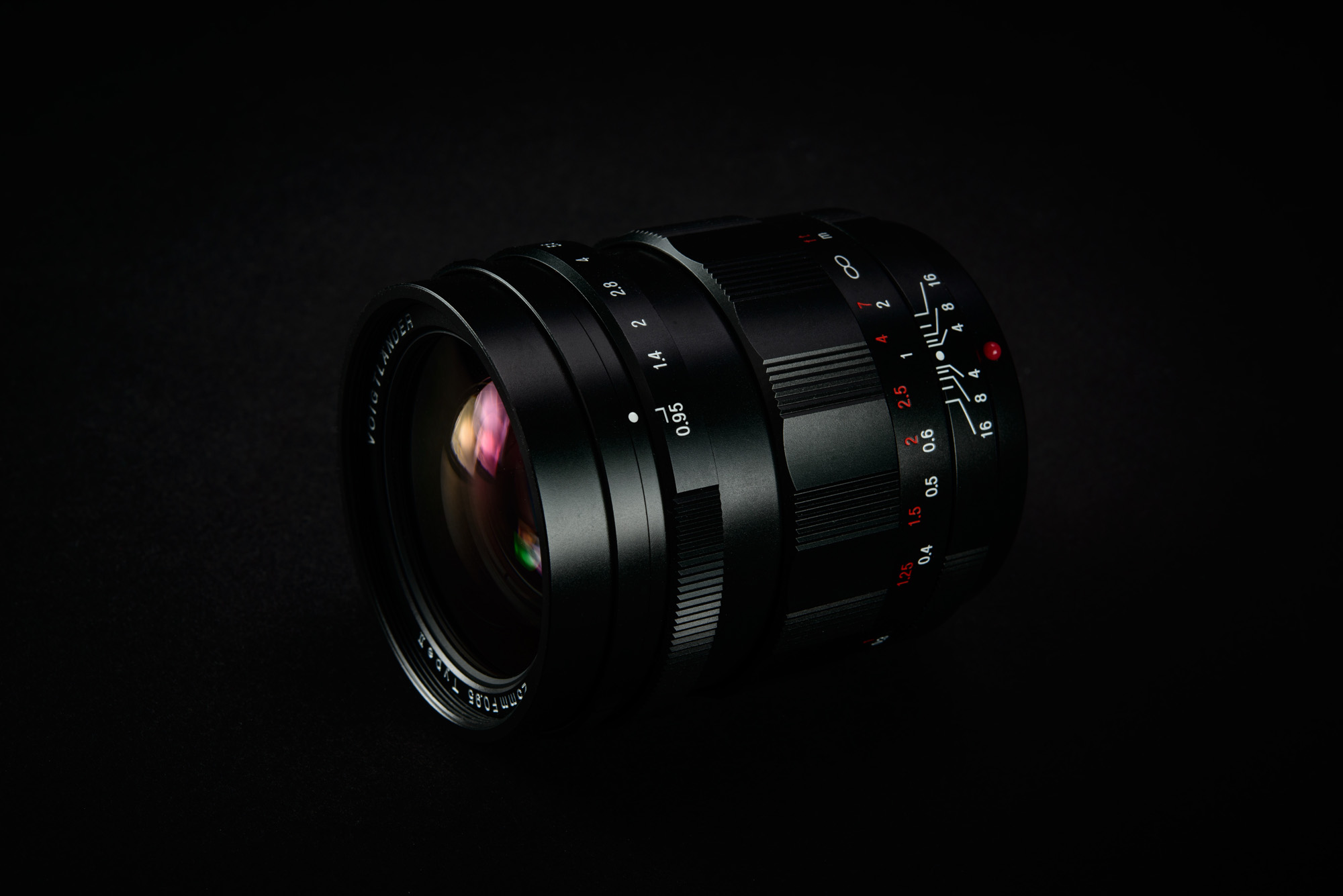 Photographers are a weird bunch of people, at least some of us are.

We want the latest cameras and the amazing autofocus system.  And yet we still buy manual focus lenses to use on our latest state of the art cameras. The lens I’m reviewing this time is a manual focus lens specially designed for the micro four thirds system, the Voigtlander Nokton 25mm f/0.95 lens.

Olympus and Panasonic have released a number of really nice prime lenses. They deliver great image quality with super fast autofocus speed. Unfortunately most of the fast prime lenses are f/1.8 or slower.  While f/1.8 isn’t really slow, the small micro four thirds sensor means depth of field and low light performance are only equivalent to a f/3.6 lens on a full frame sensor camera. And that’s why a lot of micro four thirds users are looking for something faster than f/1.8, something a lot faster. The Voigtlander Nokton 25mm f/0.95 is the remedy for users who has the need for speed.

The Voigtlander Nokton 25mm f/0.95 was the first of the trio that was released.  It’s equivalent to a 50mm f/1.8 lens on a full frame camera. When I say equivalent, I mean equivalent in terms of view angle and depth of field. The light gathering power is still f/0.95, two stops faster than f/1.8.

First thing I want to say about the Voigtlander is, the build quality is absolutely fantastic! It’s old school build quality, hand made, pure metal construction, really high quality! There are some very nice micro four third lens. For example the Olympus 75mm f/1.8 is a beautiful lens with excellent build quality. But put them side by side, there is just no comparison. The Voigtlander 25mm f/0.95 just a much more solid lens.

The lens weights at 435g and is 70mm long, it is heavier and bigger than most of the micro four third cameras. The weight (assuming coming from it’s pure metal construction) makes the lens feel really dense and sturdy. But because of that, if you mounted this lens on a smaller micro four third cameras, it feels quite unbalance and weird.

But if this lens is mounted on a larger camera, such as my Olympus OMD E-M1, the combo feel perfectly balanced and just amazing to hold and shoot. 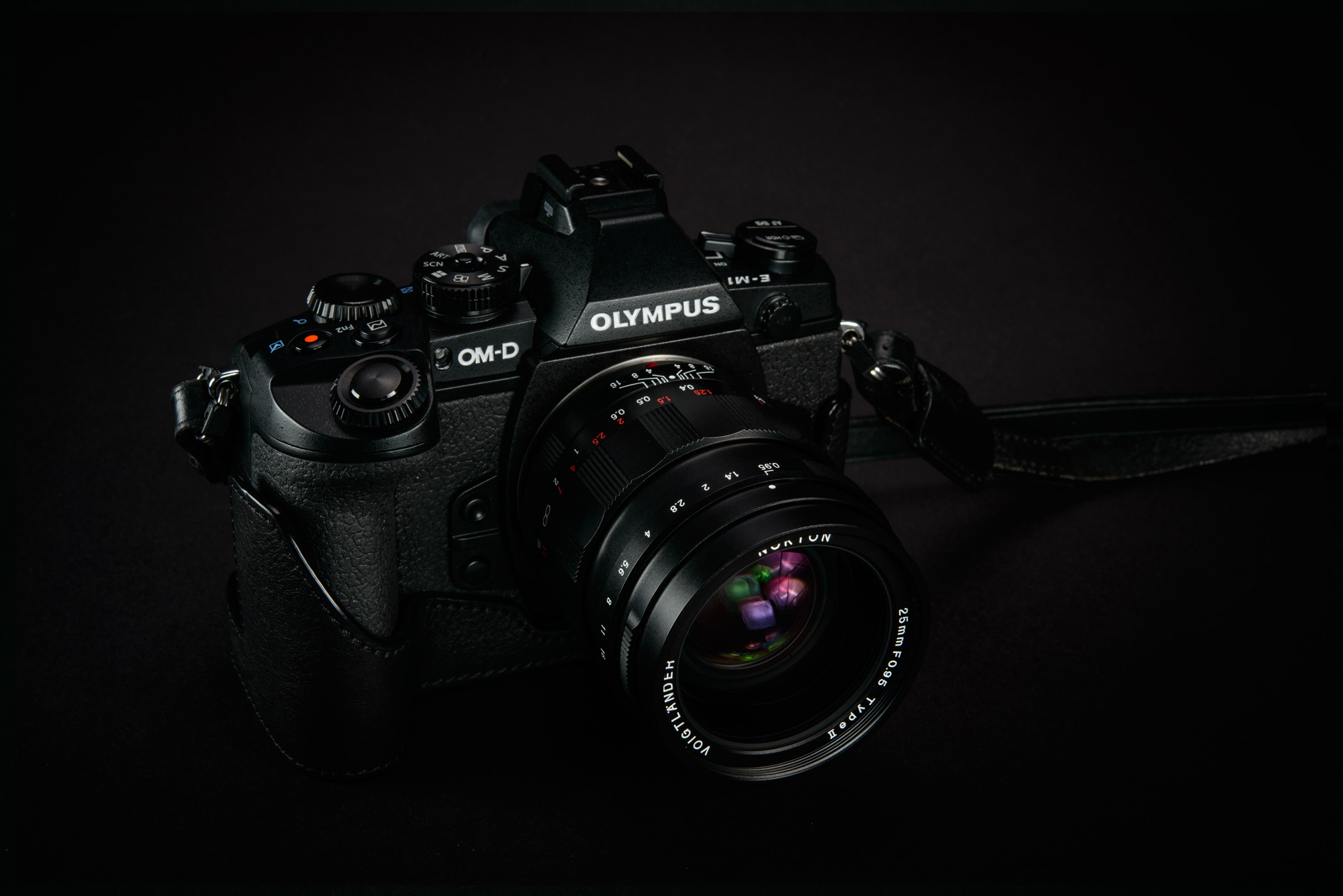 The lens feel really balanced with my OM-D EM-1,  but it won’t be the case if you have a smaller micro four thirds camera

Designed as a manual focus only lens, the Voigtlander 25mm f/0.95 has a long focus throw, exactly 270 degree from nearest to infinity. This allows easy and precise manual focus operation. And boy oh boy the focus ring is buttery smooth, it makes you want to keep turning it for no reason. I knew I did that all the time.

The lens comes with a nice metal lens hood and a special lens cap for it as the lens hood is larger in diameter. Even though I’m a big fan of lens hood, I don’t really use the supplied lens hood as its not a reversible or collapsable one and really increased the length and size of the camera quite a bit.

The copy I’m reviewing is the 2nd generation of this lens. As far as I know, the only changes compare to the original version is the aperture ring. You can be switch from the normal mode to a click less mode that is useful for videographers. 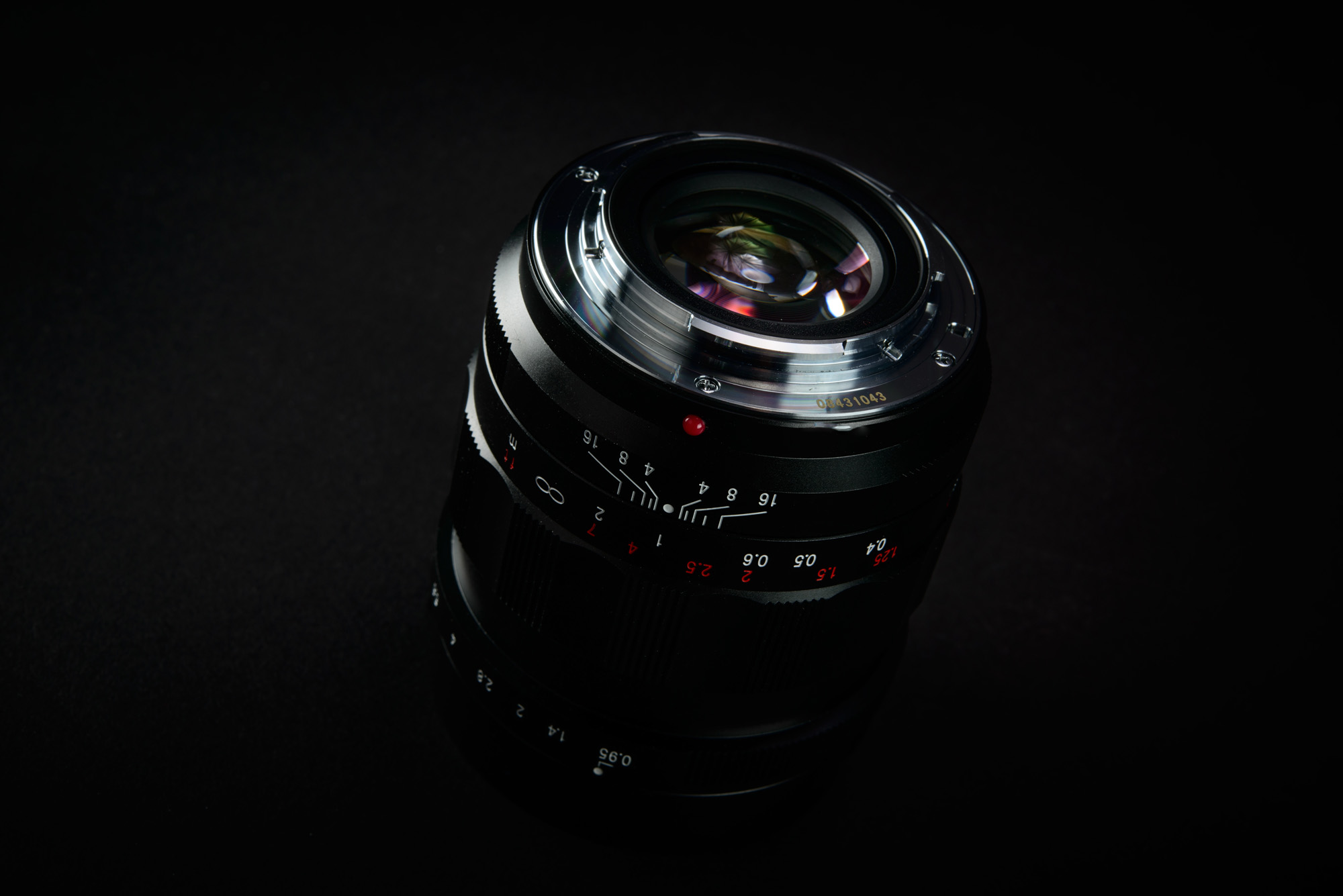 Now let’s be clear about one thing first, people who buy a super fast lens like this because they want to shoot at wide open.  While it’s true that we shouldn’t abuse the large aperture when shooting, there really is not much point to buy a f/0.95 lens if you rarely shoot at f/0.95. Just go buy a Panasonic 25mm f/1.4 and Olympus 25mm f/1.8 as they are cheaper, smaller, lighter and have autofocus.

So in terms of picture quality, the most important thing is it’s wide open performance.

At maximum aperture, the image quality is ok, but far from perfect. It’s not really that sharp, and you can see quite a bit of light bloom around high contrast areas. But keep in mind this is quite normal for most of the super fast lenses. Even the lens with a much higher price tag  has similar issues and the Voigtlander 25mm isn’t doing too bad in comparison.

To be honest, I actually hope the lens is softer and has more glow and renders a dreamy look like some of the old lenses.

Or maybe it’s just me who wants to have more glow and imperfection, so anyway, at f/0.95 the sharpness near the center of the frame is not too bad, much better than what I thought it would be. It’s when you start moving to the edges then the sharpness starts to drop dramatically. Stop down to around f/2 and the center sharpness improves significantly. The corner sharpness also improves when you stop down but you need to stop down to around f/4~5.6 if corner sharpness is important to you.

Olympus OM-D E-M5 + Voigtlander Nokton 25mm f/0.95
You need to stop down quite a bit if sharpness is important to you.

Not surprisingly vignetting and coma are both quite obvious at wide open. I don’t really mind as I bought this lens mainly for shooting portraits and some arty photos. I didn’t notice too much colour fringing. Chromatic aberrations are fairly well controlled.

The Voigtlander 25mm can focus down to 17mm. It’s not good enough for macro shots yet but it does give you a pretty decent maximum reproduction ratio of 1:3.9.  The images become really soft when shooting close objects and you need to stop down quite a bit if you want to bring some sharpness back. 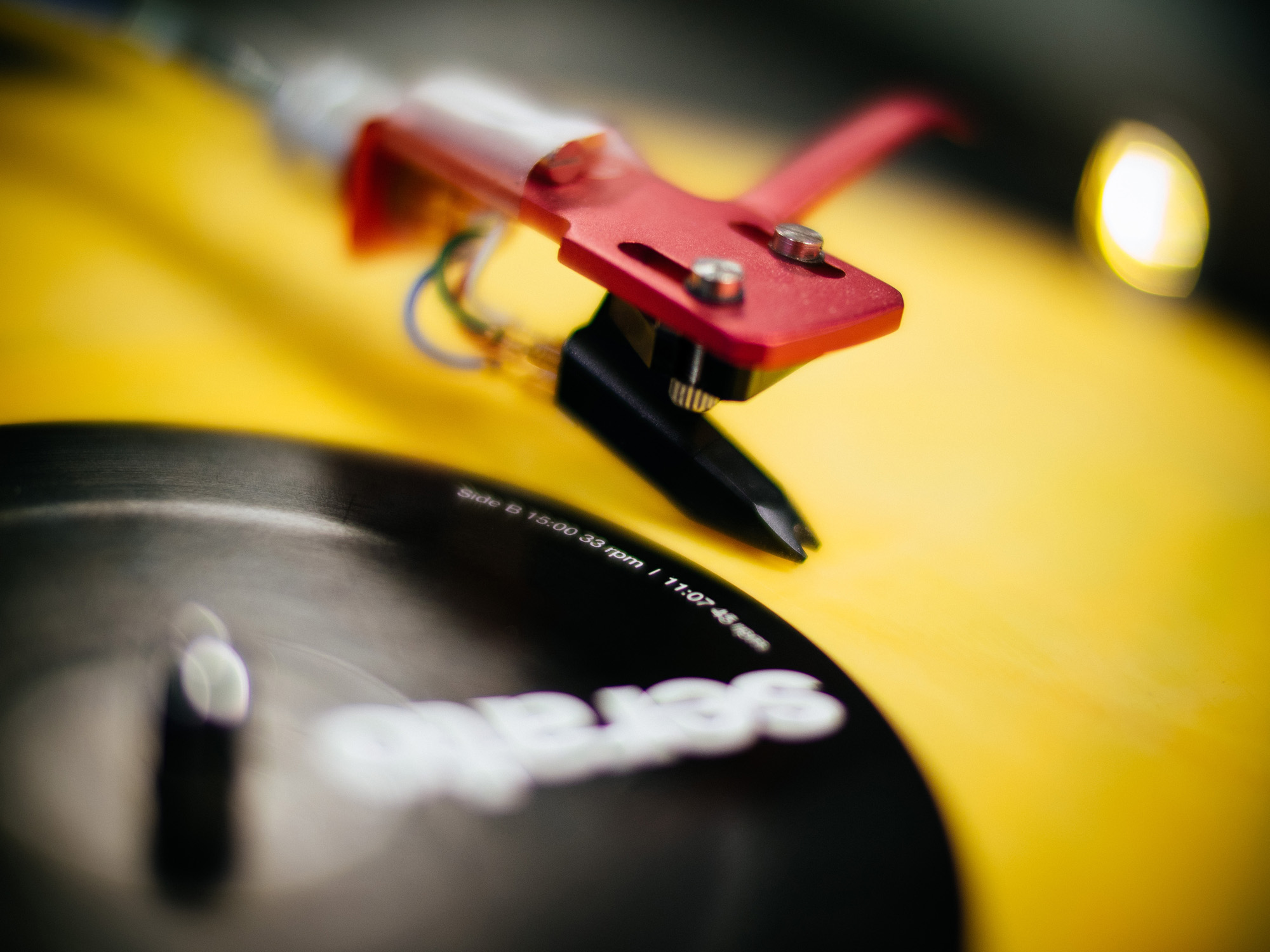 The lens flare quite easily when there is a strong light source in front.  So be careful if you want to shoot images with strong backlit.

At maximum aperture, the bokeh is smooth, not exactly creamy as there is a small amount of halo around the edges of the bokeh but it’s not too bad. There is also a bit of cat’s eye bokeh (rugby ball shape) near the edges.

While the bokeh is of round cicular shape (or rugby shape) at f/0.95, once you stop down to f/1.4, the bokeh turns into decagon shape. If you want smooth circular shape bokeh, you have to shoot at wide open. Overall, the quality of the bokeh is pretty good, but it could become slightly nervous as well.

And if you love having starburst in your photos (night landscape photographers?), then you’ll be very happy with this lens. Just stop down the lens slightly and you’ll have some crazy starburst. You don’t need to stop down to f/11, even f/1.4 will do the trick. 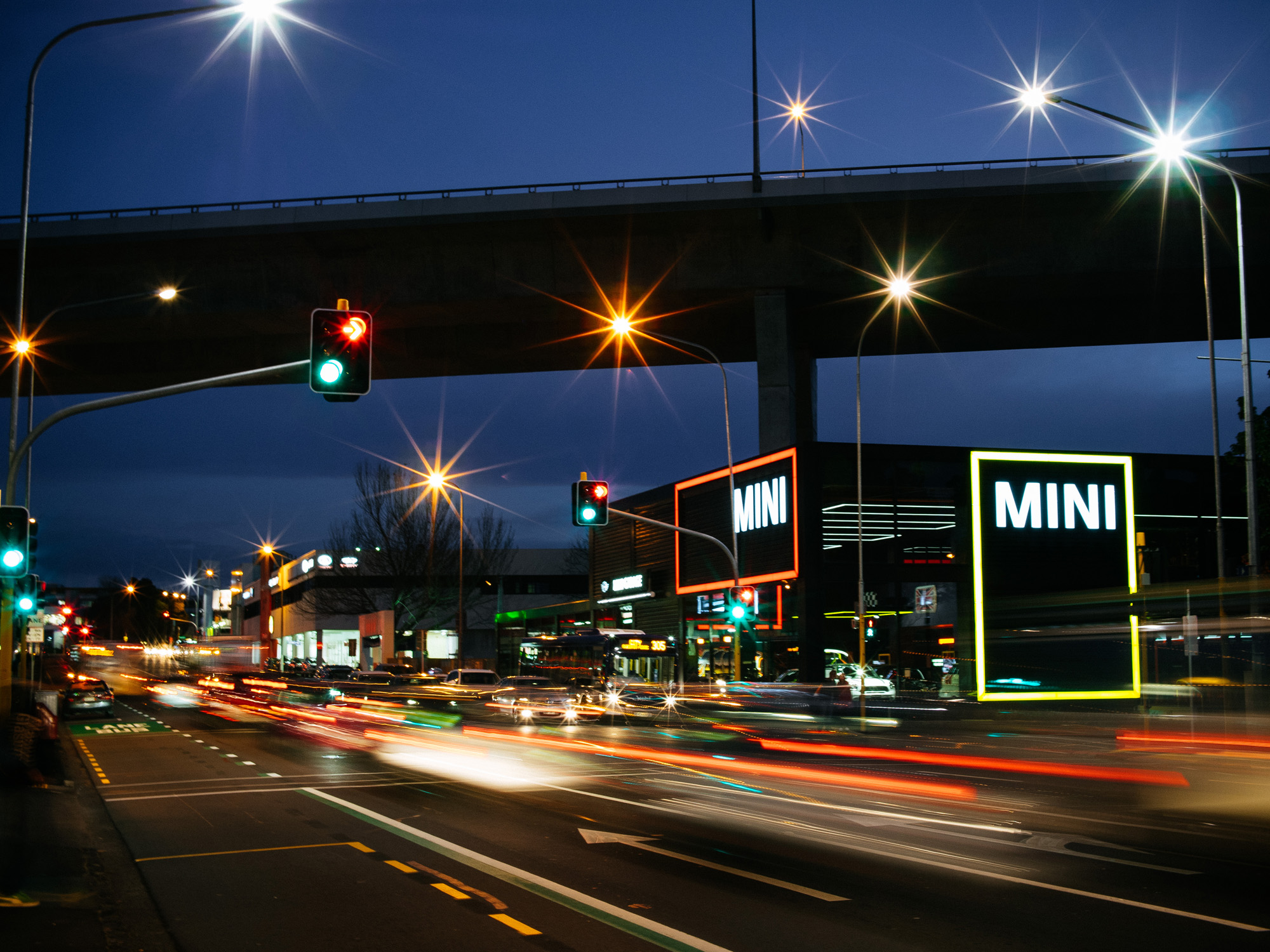 The biggest question or worry I have with the Voigtlander is not so much about it’s weight, price, or picture quality. It’s the manual focus, or more precisely, my ability to manual focus especially when shooting at f/0.95 that I’m mostly concerned about.

It turns out that manual focus is a lot easier than I thought, at least with my Olympus OM-D EM-1. Peaking on the EM1 is really not accurate enough for this lens so I use the magnifying view to assist the focusing. But even without the help of the magnifying view, I can still get reasonable good results by just using the EVF at normal view.  It’s only when I’m shooting close distance at wide open, the DOF becomes really narrow, then I have to switch to magnifying view to make sure I nail the focus. But basically as long as I’m not shooting a moving target, then I can get very good and accurate focus even at maximum aperture. 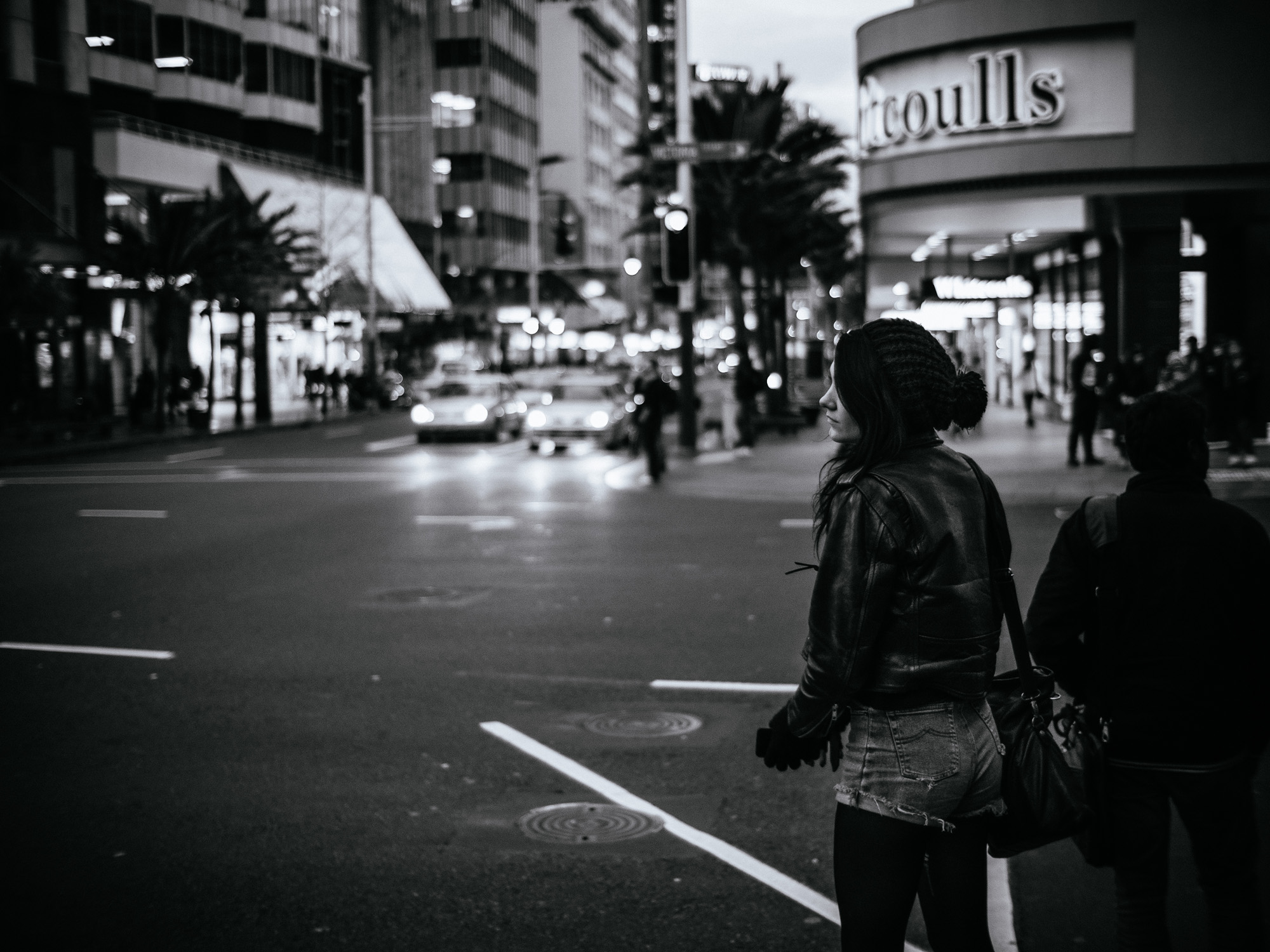 The Voigtlander 25mm f/0.95 is a beautiful lens.  It’s not very often you’ll see a pure metal lens like the Voigtlander these days and even more rare one with such a low price.  Yes I said low price and I know the price is almost $1000US. But any decent f/0.95 lens would cost you a lot more than what Voigtlander is asking for. And even without the f/0.95 super fast aperture, the build quality alone is worth the price tag.

While the image quality is only acceptable, and not excellent at wide open. The important thing is, it allows micro four thirds users to do things that was impossible before.

Firstly, it allows you to shoot under very low light,  something I previously have to rely solely on my full frame DSLRs. You can lower your ISO by two stops compare to shooting with a f/1.8 lens. That is enough to make up the difference between the full frame sensor and micro four thirds sensor.

Secondly, it allows you to create narrow depth of field shots that was previously not possible because of the smaller micro four thirds sensor. Want a bit of separation between your subject and the background? The f/0.95 aperture will help you to do it. 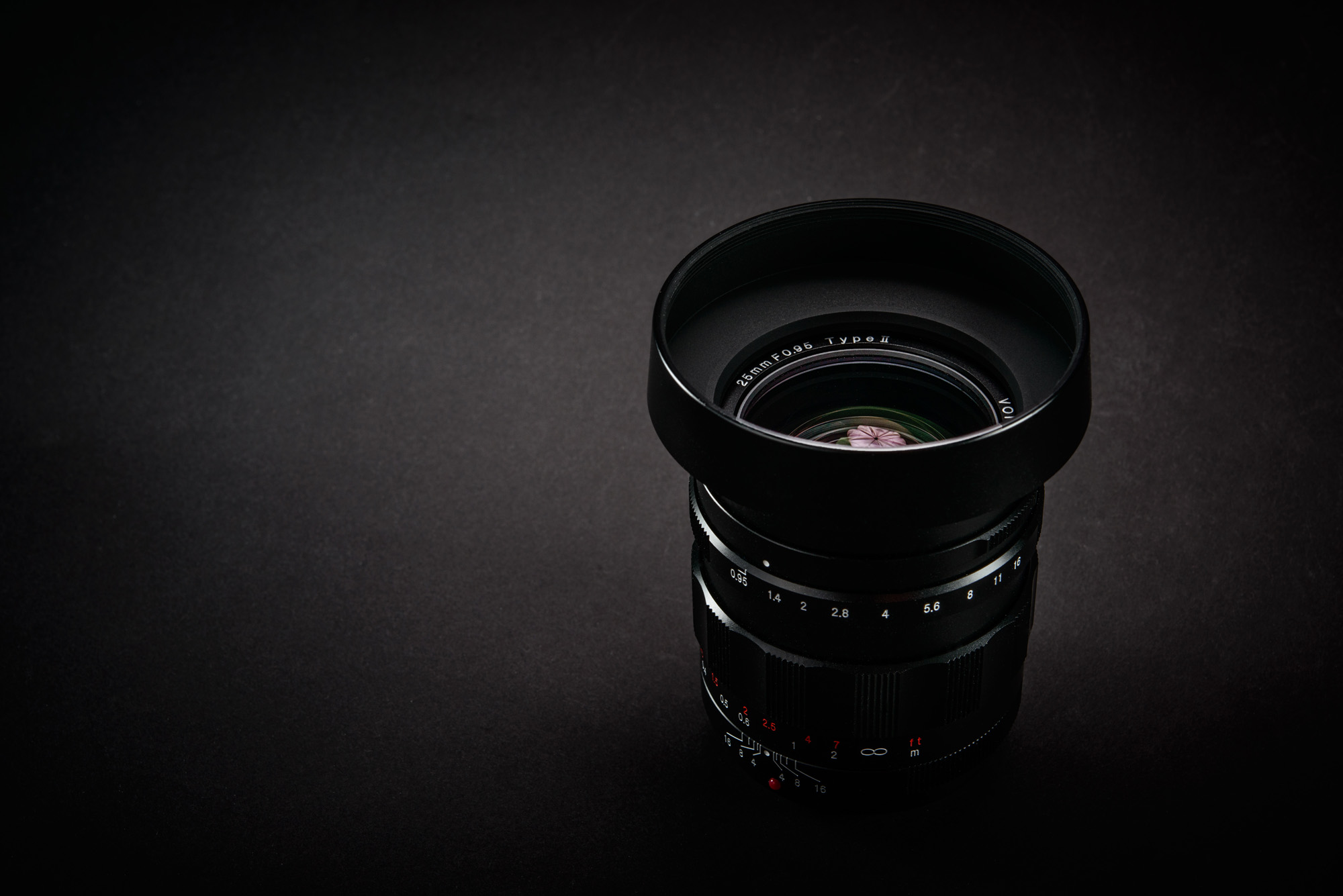 However this is not a lens I would recommend to everyone. It is a bit too heavy for a lot of micro four thirds users, and unless you are using one of the larger micro four thirds camera, the Voigtlander would make your camera feel really unbalanced.  Also manual focus really is not the easiest thing to do if you are shooting a moving object. And yes the image quality at f/0.95 is not really that great.

But to me, all of these doesn’t matter. I really enjoy shooting with this lens. I don’t mind the below average picture quality at f/0.95. It feels awesome just to hold it and play with the focus ring. This lens gives me back some of those raw, direct control that is lost in the modern cameras. I can now get a shot under low light instead of nothing at all and I got some pretty bokeh as well. 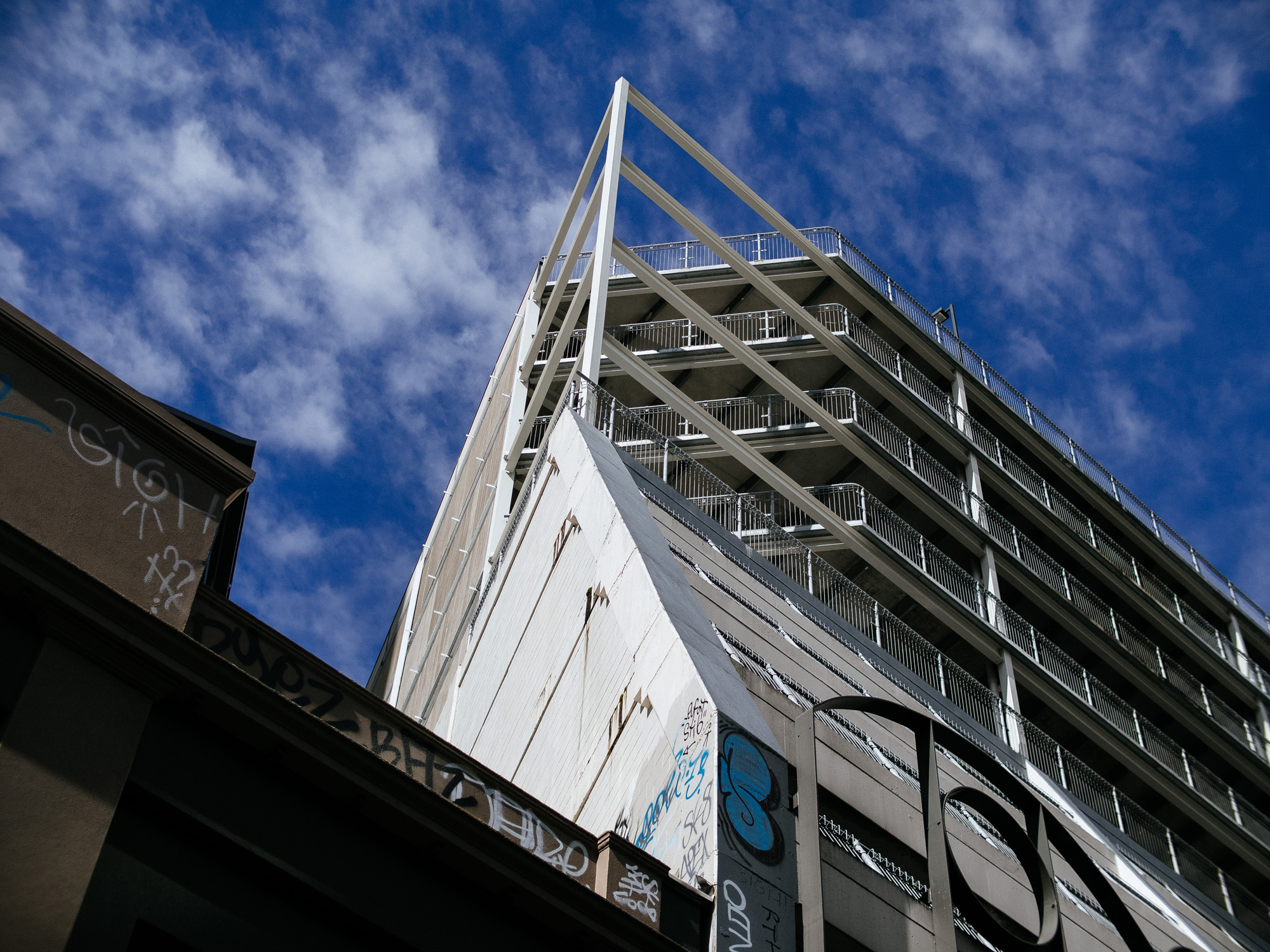 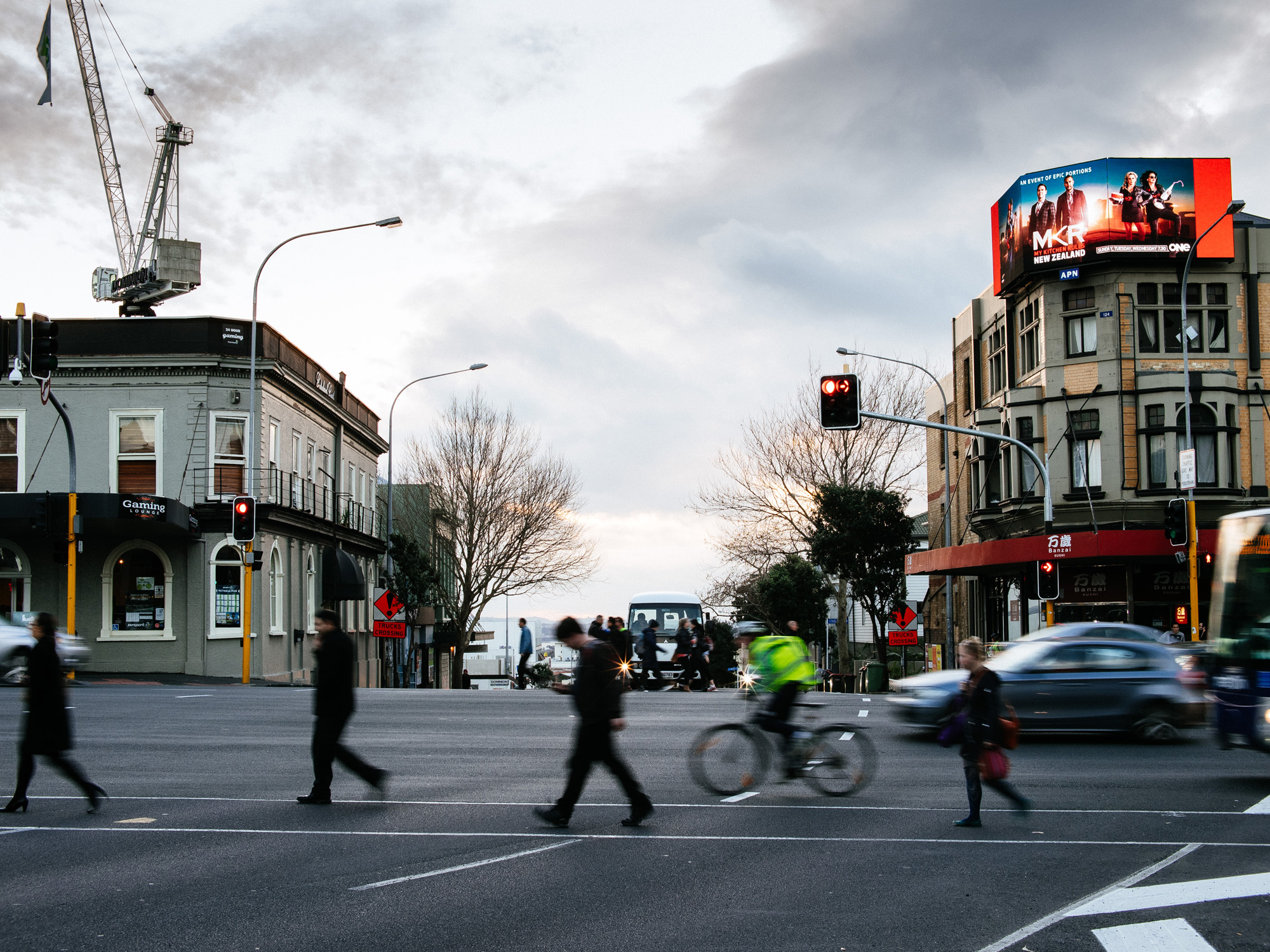 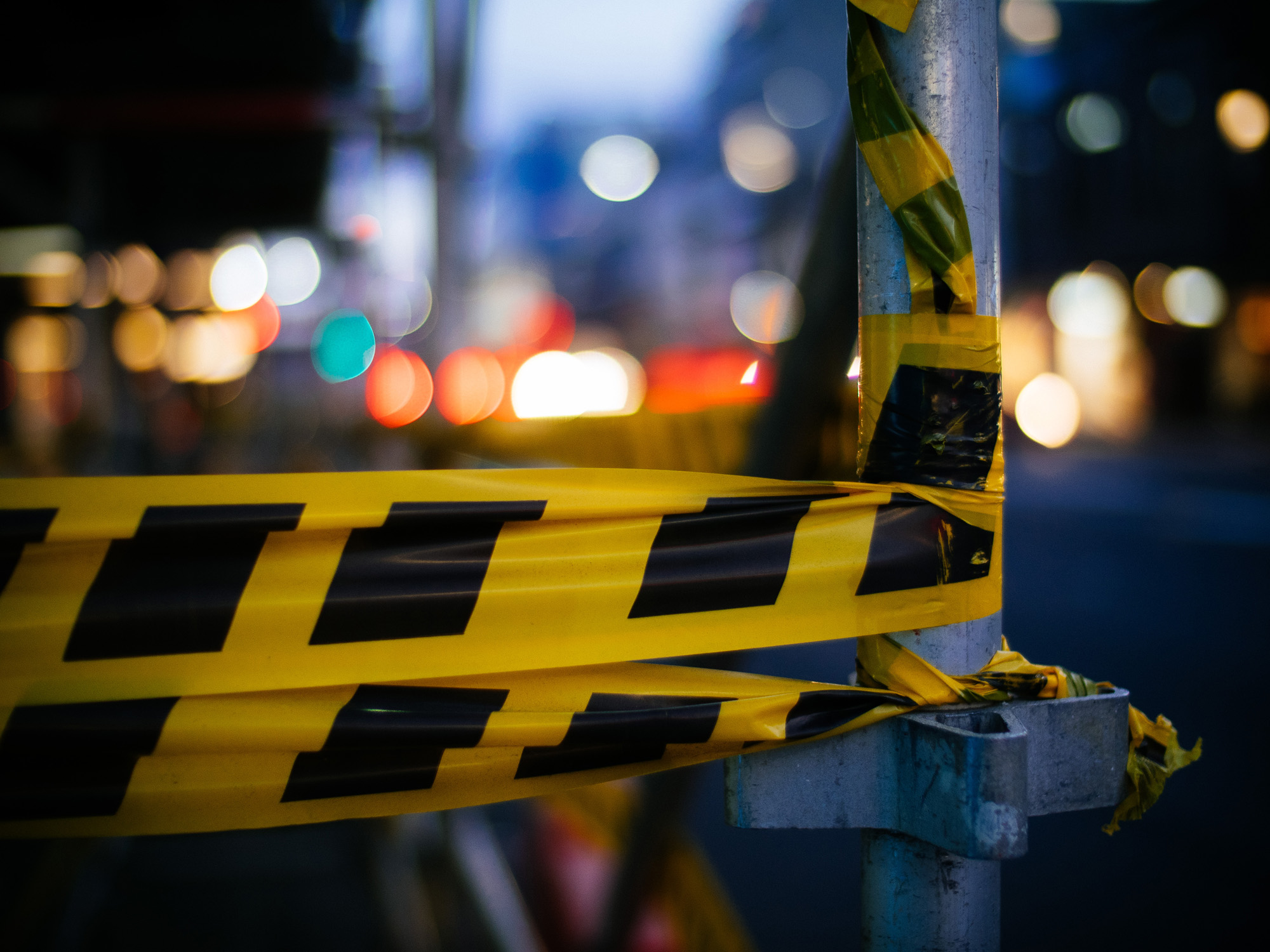 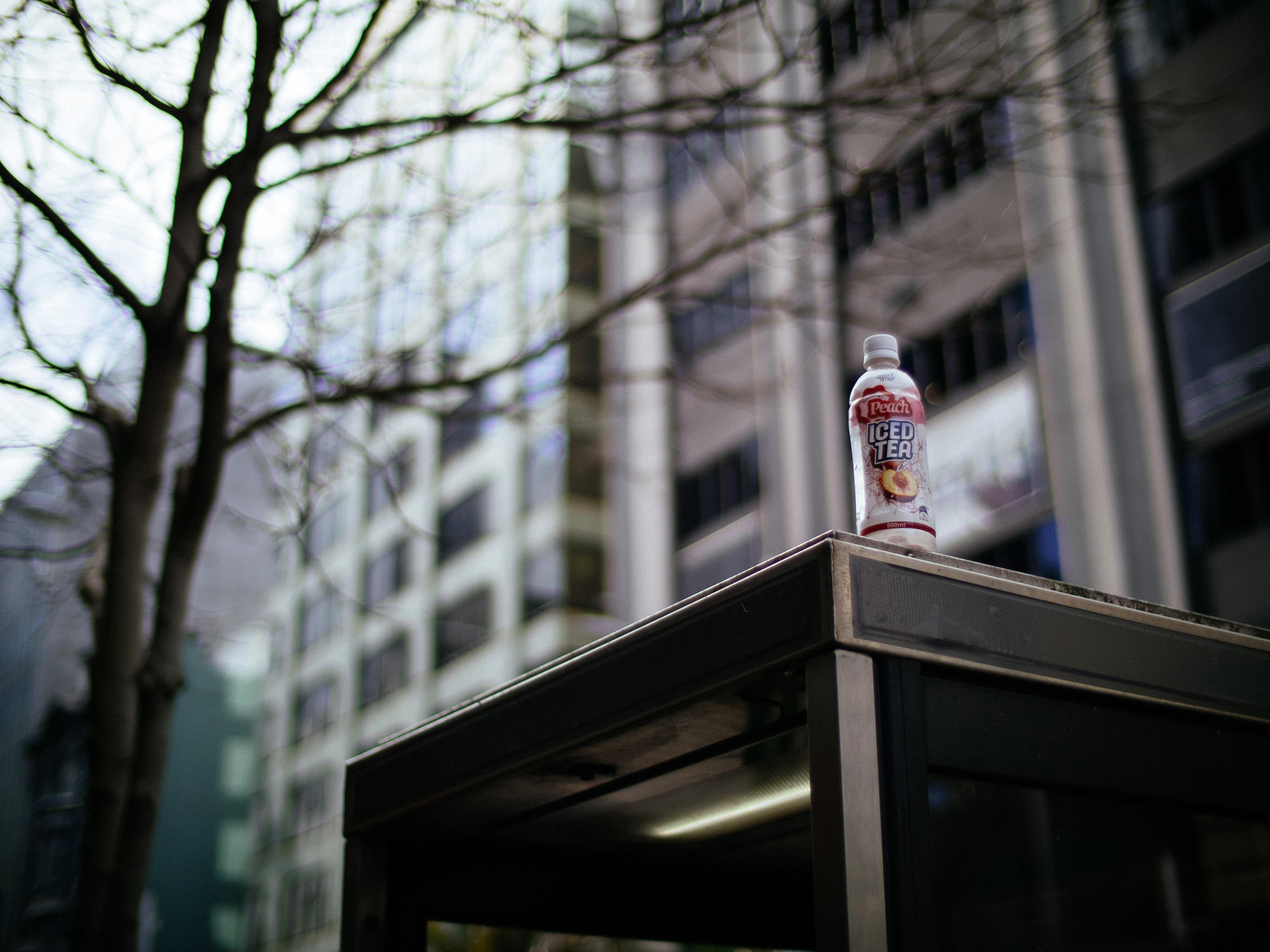 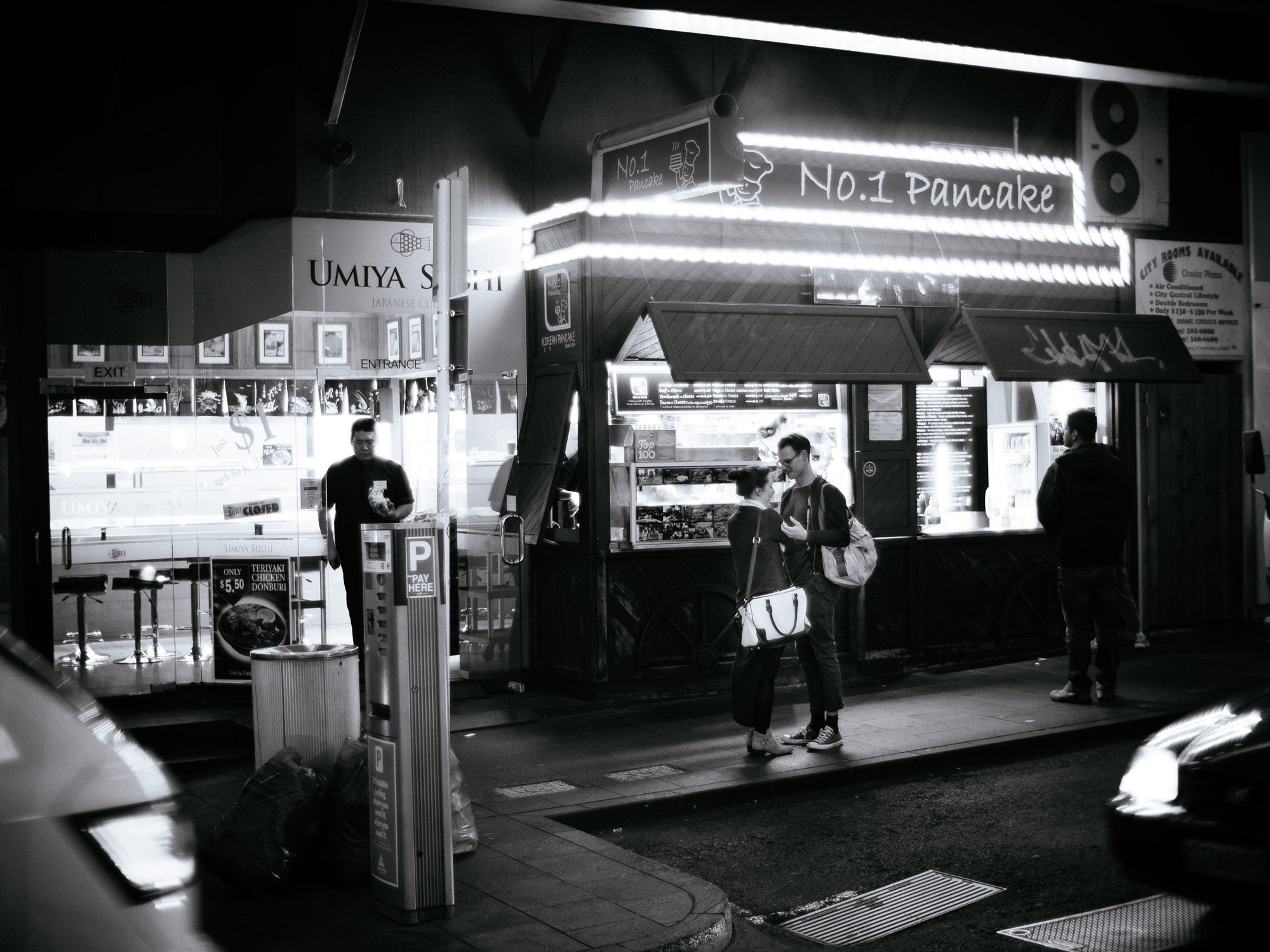