The Sennheiser Ambeo Smart Headset is a headset designed for smart devices to record binaural audio. At the moment there is only the iOS version available (i.e. lightning connector) but Sennheiser said the Android version will also be available at a later date. 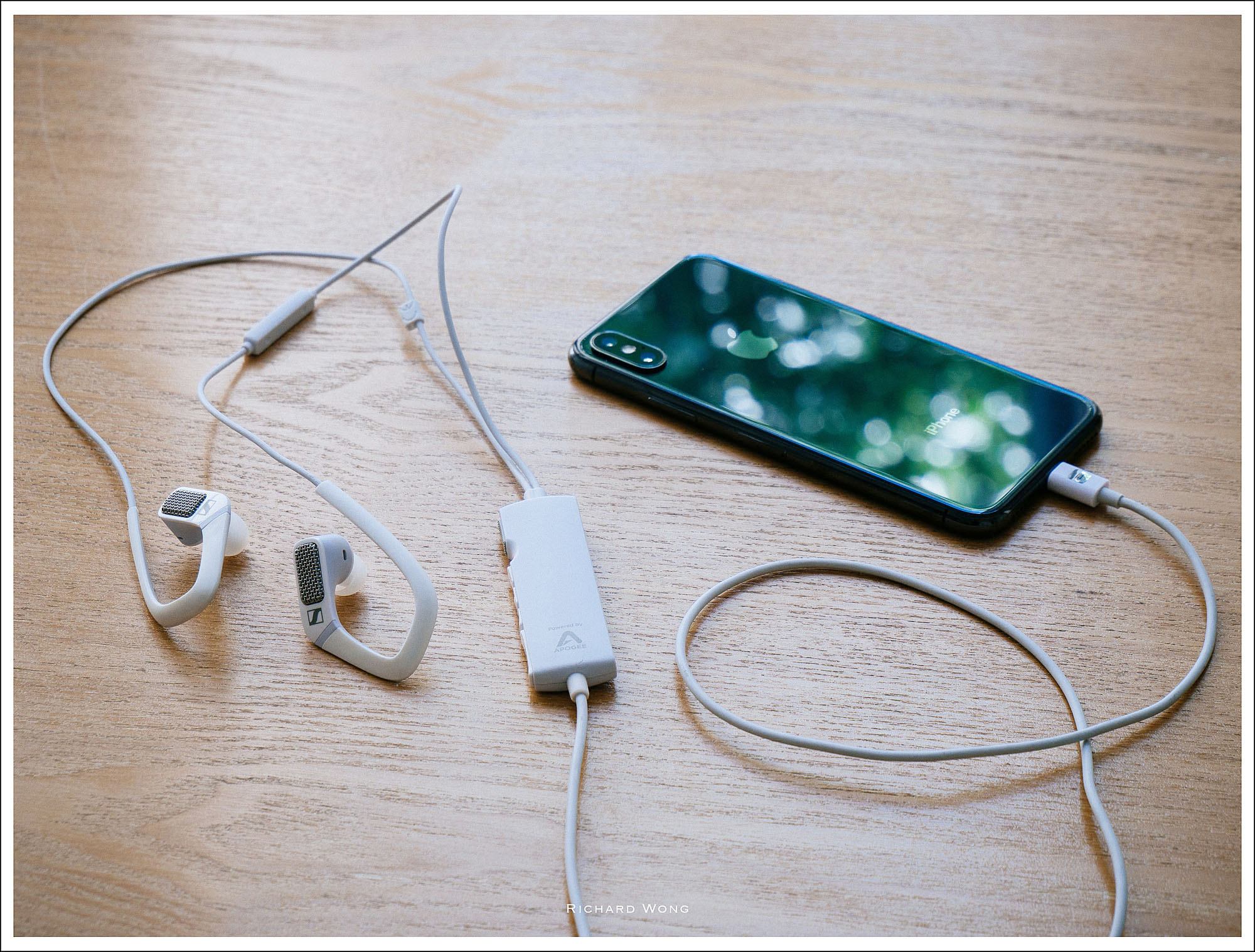 Plug and Play (or Record) 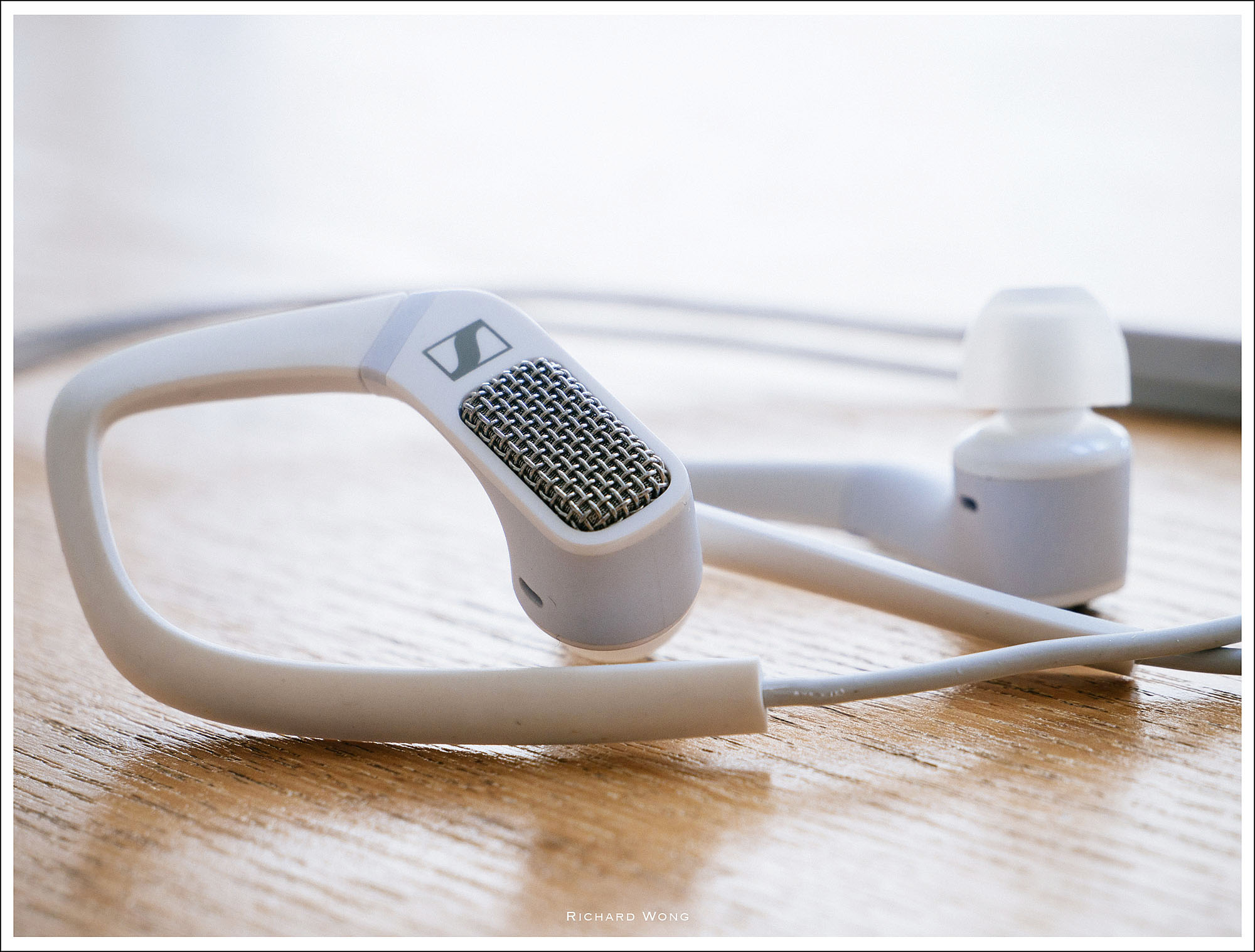 One microphone at the outside of each earbud

I’ve been testing the headset in the last few weeks and took many videos at various places using the headset and my iPad (man, I hate shooting video with iPad on streets haha!) and would like to share with you some of my thoughts about this new headset. Let’s talk about things I don’t really like first.

1. Wind noise. The microphones on the Sennheiser Ambeo Smart Headset capture quite a bit of wind noise when you are recording outside on a windy day. While this is not really any different to most of the microphones in the market, unfortunately there is no easy way to attach deadcat or any other way to reduce wind noise. It makes the microphone not really suitable for outdoor use when it’s windy.

2. Sporty design. This is really just a personal preference. But the Sennheiser Ambeo Smart Headset looks just like a typical sports headset. For some people they may like it, or some they don’t really mind. But for me, I’m not a sporty person and don’t dress in very sporty outfit normally so I do really hope if Sennheiser could give us a different option in terms of design of the headset. Something less sporty and maybe a bit more metal would be nice.

3. To capture audio with correct staging that matches the video, you need to point the headset (i.e. your head) at the same direction as the camera all the time. This may not sound too bad at first. But when I’m recording video on the street, I noticed quite often I would turn my head around when I heard of something and I didn’t move my camera to follow my head. So now the video and audio are out of sync in terms of direction. After a bit of practice I’m getting better and managed to point the camera and headset to the same direction most of the time. But it’s not really the most intuitive way to record video. 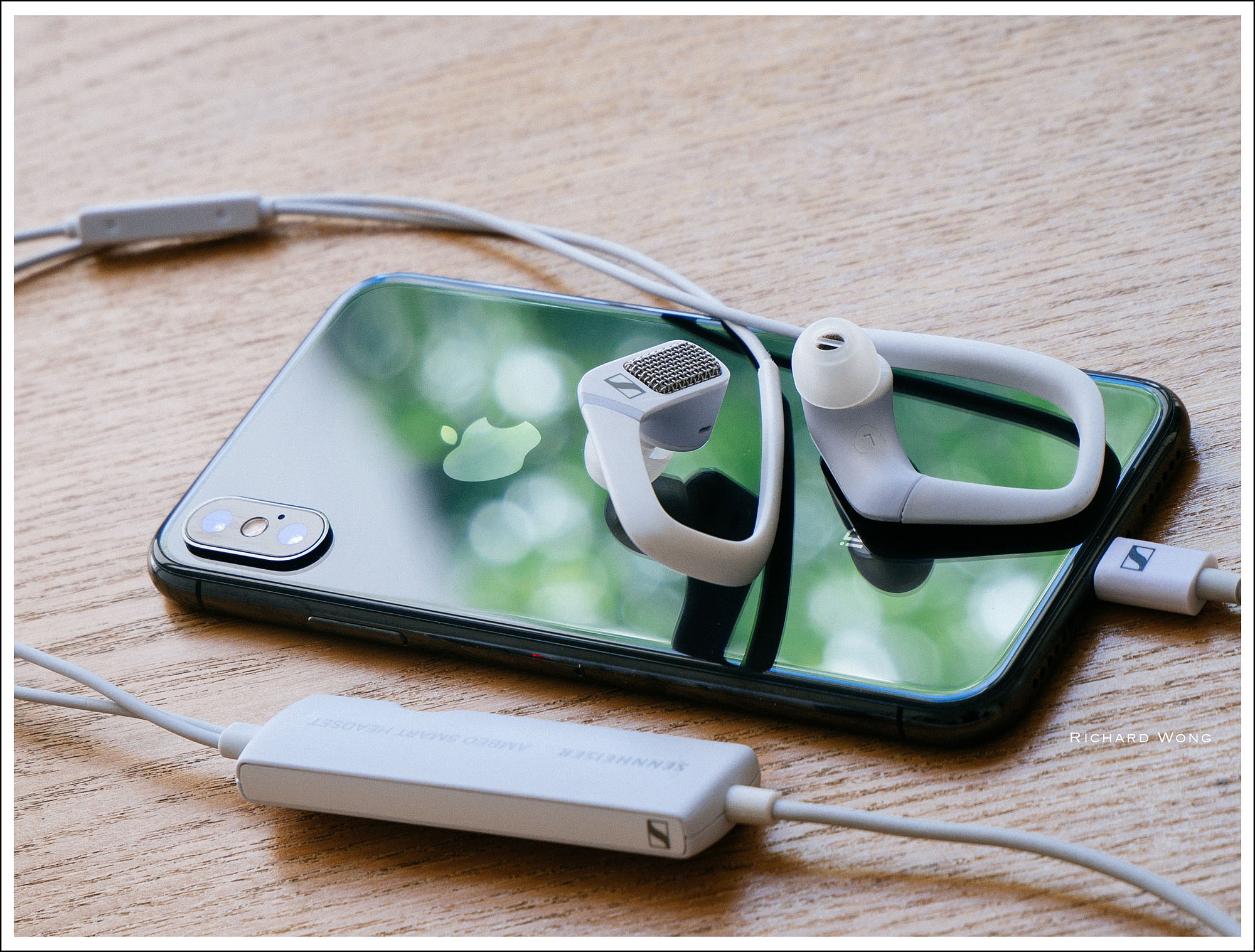 1. Super easy to setup and use. Basically you just need to plug it in to the lightning port of your iOS device, put the headset on your head and you can start record video straight away. There is no setup and you don’t need to install any special apps. Just use the standard camera app on your iOS device and you can record binaural audio straight away.

3. The audio quality is good for both playback and recording. When listen to music, the audio quality is crisp and clear, just like what I would expect from a Sennheiser headset. While the bass isn’t very strong, it’s understandable consider the size of the earbud. And the audio record by the headset is excellent. It captures the ambient sound very nicely with good staging. I could hear the direction of the sound easily, for example when a bus drove pass from the back to the front.

4. Ability to adjust how much ambient noise you can hear when listening to music. The Ambeo Smart Headset is also a noise cancelling earphone. Instead of the typical ON/OFF switch for noise cancelling, you can dial in how much ambient noise you want to hear by pressing the two buttons on the headset. This is very useful as quite often I would want to hear a bit of ambient sound when wearing the headset and walking on the street.

5. It’s very comfortable to wear even for extended time. The headset doesn’t make my ears feel sore and stays on very securely even when I start to run a bit. 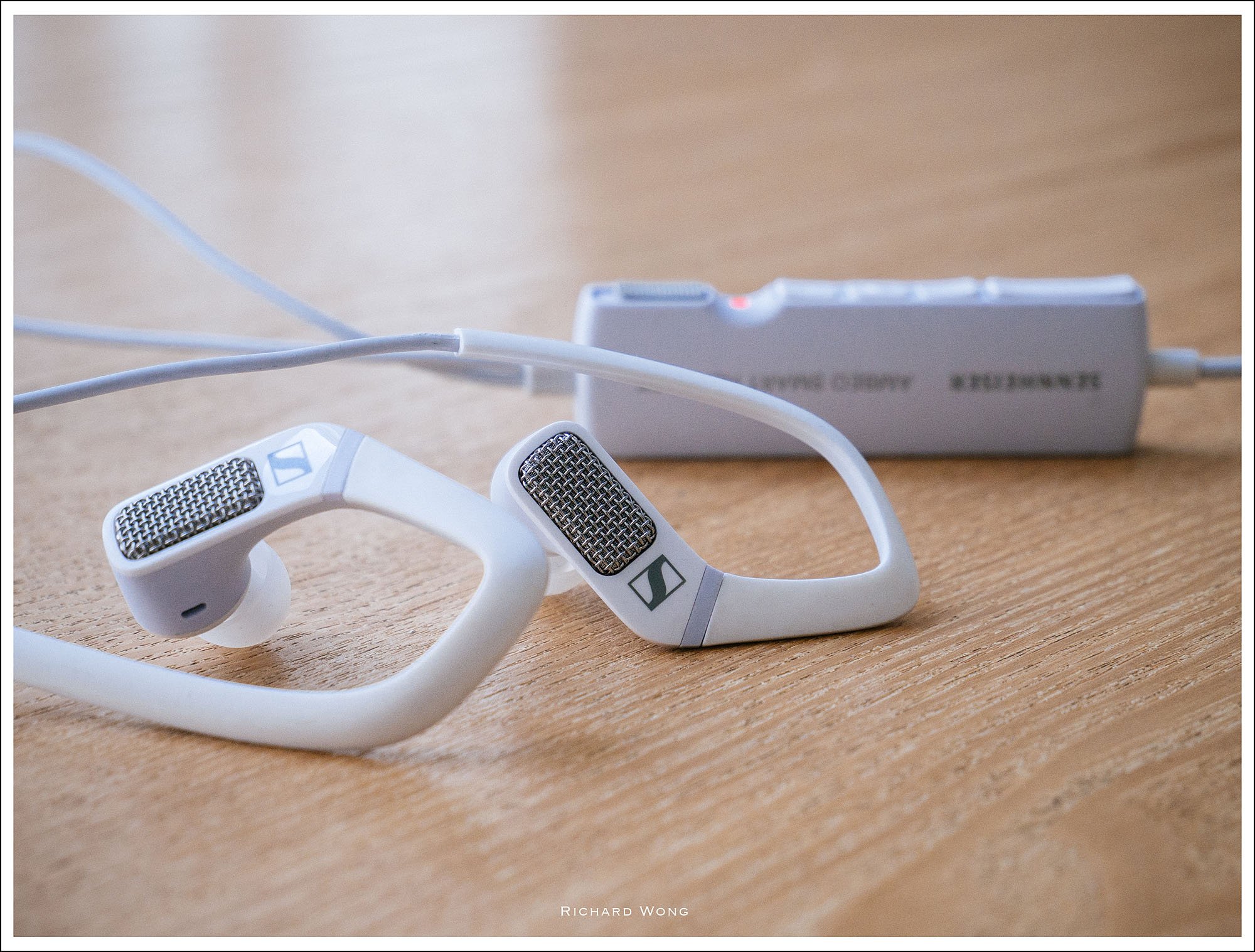 So while there are a few things that I would like to improve, the Sennehiser Ambeo Smart headset is quite a neat product. The best thing is that it’s very easy to setup and use, and it does capture very immersive 3D sound that normal stereo microphone can’t do.

The biggest question I have with this product is whether video content creators can use the binaural sound to improve their video contents. Afterall, binaural microphone is almost opposite to what we normally used when recording video, the uni-directional mic. So it would take time for people to figure out how to incorporate it to create an immersive experience rather than recording distracting background noise.