I’ve recently reviewed the Voigtlander 25mm f/0.95 lens (50mm equivalent), a super fast lens for the micro four third cameras. This time I’m going to review another super fast lens, also a 50mm f/0.95, but it’s a full frame lens designed for another mirrorless format. This review is a bit shorter than my usual reviews as I’ve only got the lens for a couple of days. 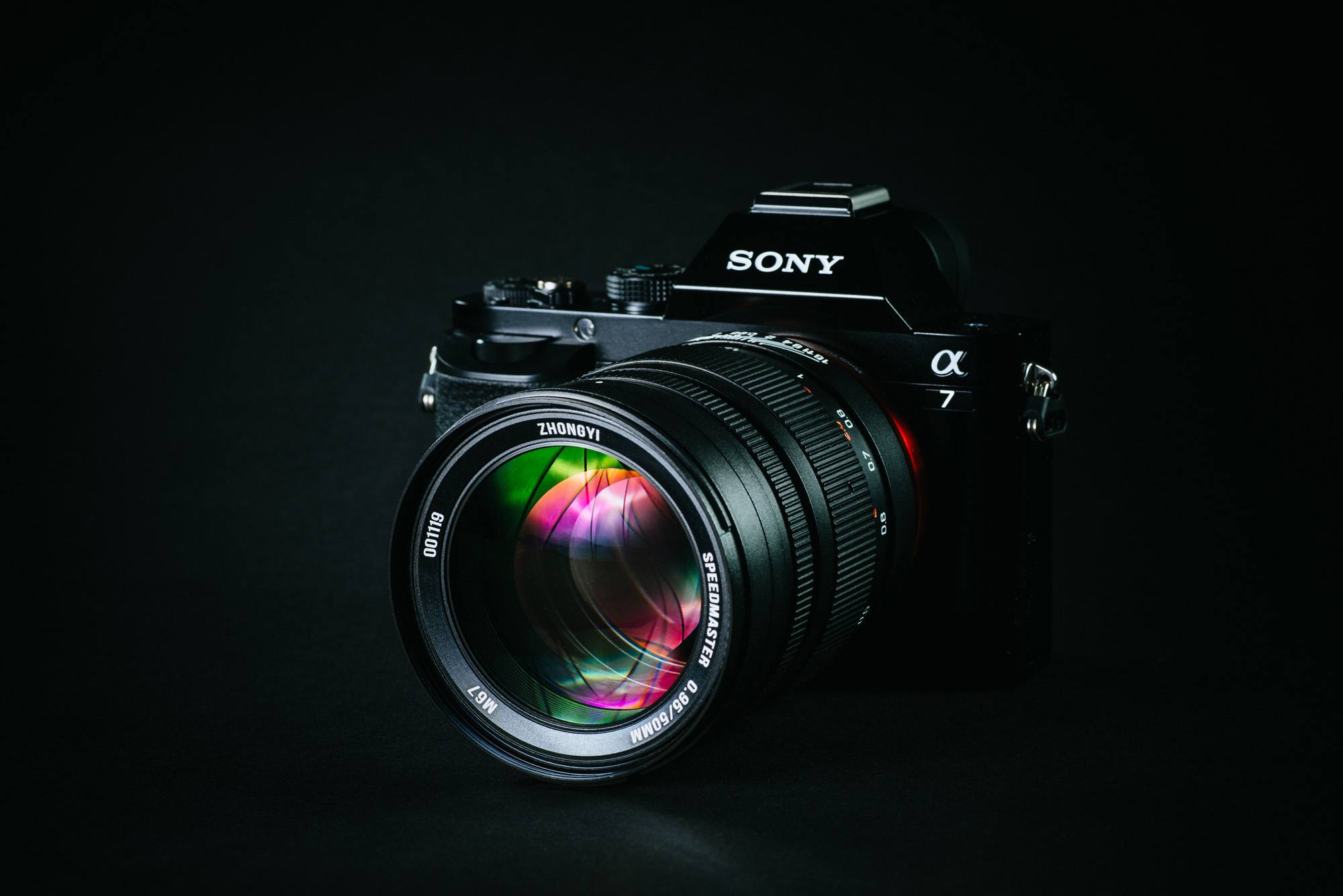 Most of you probably have never heard of the brand Mitakon or Zhongyi before. Shenyang Zhongyi is a camera lens manufacturer from China. They design and manufacture camera lenses for many bigger brands. Their own products are usually sold under the brand Mitakon and Zhongyi.  Their most popular product is probably their lens turbo adaptor, which is a lens adaptor that allows you to use full frame lenses on a mirrorless camera and keep the same view angle and increase the effective aperture at the same time.

The optical deisgn of both lenses are very similar so the optical performance of these two lenses should be very similar. The main changes between the original and the Pro version is that the Pro version has better lens coating, a bigger 67mm filter thread and a new bayonet hood design. (Not sure if it’s optional or not, but my review copy doesn’t come with one) What it means is the new Pro version should have better flare resistance and less vignetting.

These days most companies ship their lenses in plastic or cardbox box only, but the Mitakon Speedmaster 50mm f/0.95 pro comes in a pretty nice (synthetic) leather box. It’s good to see Zongyi is doing something different and makes the lens a little bit more special. 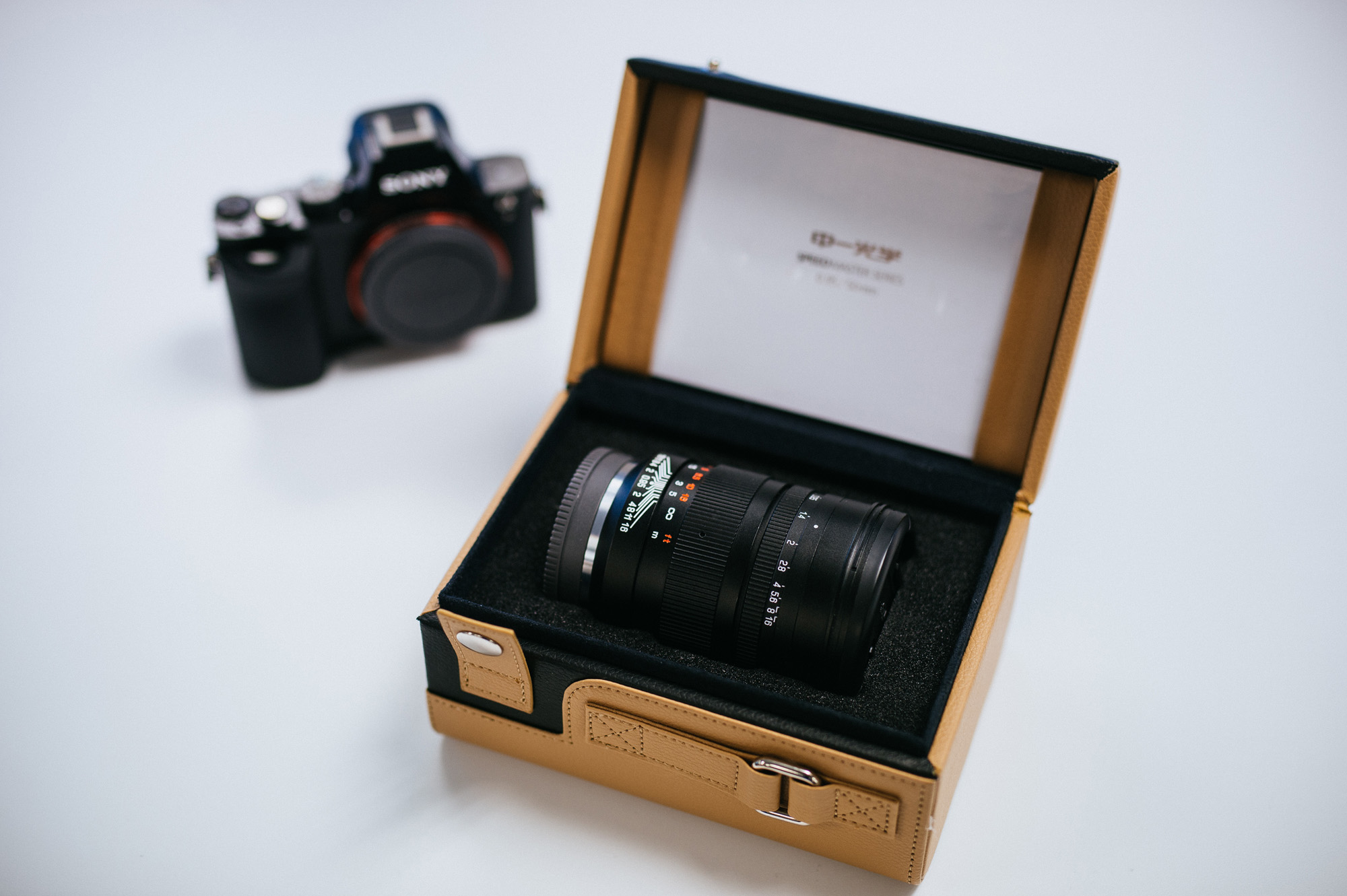 When I took the lens out from the box, I immediately felt the weight of the lens. The lens’s weight is 720g and it feel really really dense. It is made of metal and the build quality is good and solid. As it’s a prime manual focus lens, there are only two movable parts. The aperture ring and focus ring.

The aperture ring is a click-less design. It is great for videographer and allows smooth aperture adjustment. But for someone like me who is mainly a photographer, I would really prefer a “click” design so I can know what aperture I’m using as the camera doesn’t know and therefore can’t tell you the current aperture setting through the viewfinder/LCD screen.

The focus ring is quite smooth, maybe slightly stiffer than I prefer but very well dampened, and has long focus throw which makes it easy to adjust the focus preciously. The long focus throw is quite important for such a fast lens as the DOF can be extremely shallow when you are shooting at wide open.

As a manual focus only lens, there is distance and DOF marking on the lens. 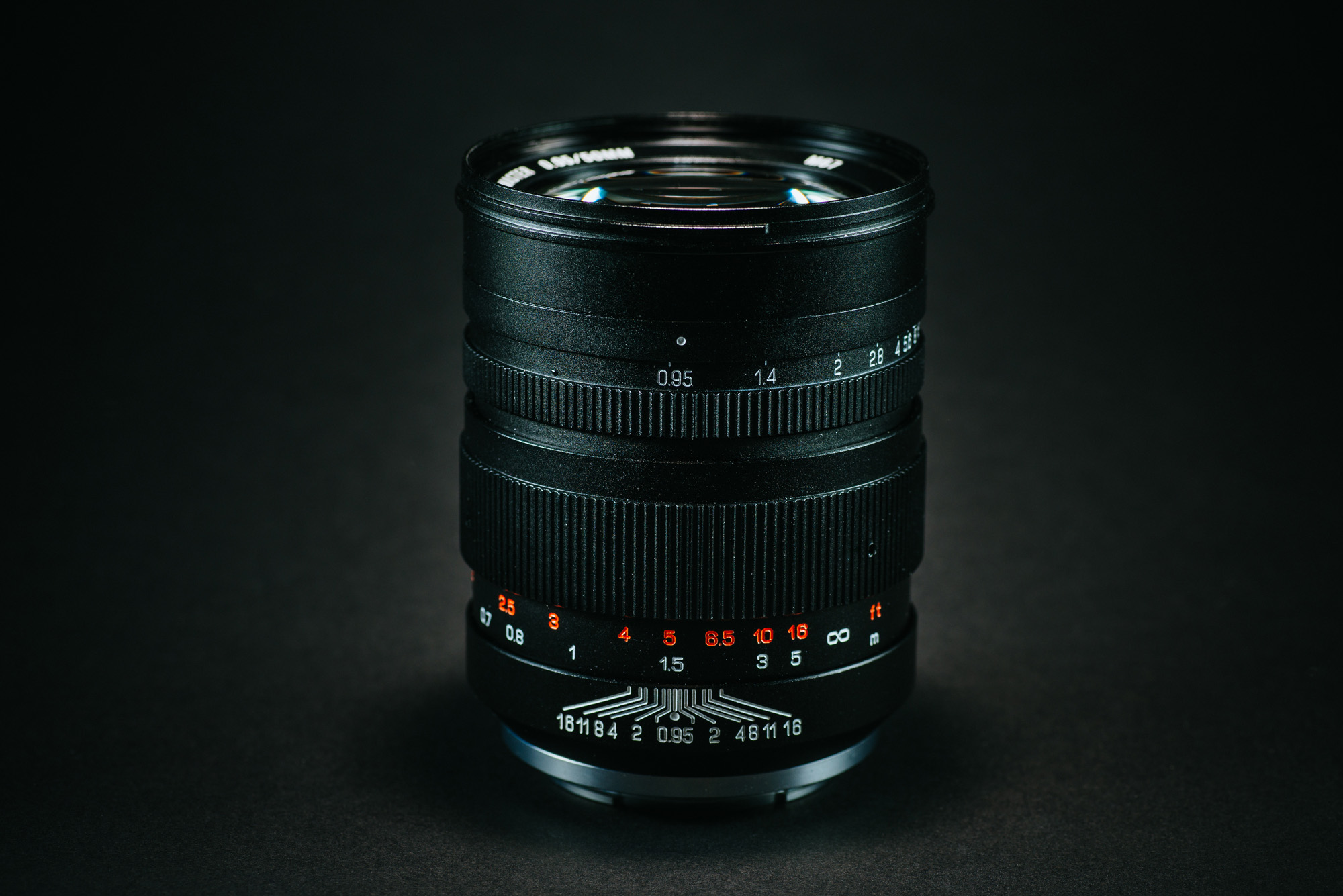 Overall, the build quality is very good. It may not be as good and definitely not as sexy as a Zeiss or Voigtlander, but consider it’s relatively cheap price (for a full frame f/0.95 lens), I’m pretty impressed by what Zhongyi has created.

And how about the Image quality?

If you are looking for a lens that give you some dreamy look, like the Canon 50mm f/0.95 then sorry you will be disappointed. This lens doesn’t create soft dreamy photos. It is a lot sharper than my expectation. Even when used with the 24MP Sony A7, the images took at f/0.95 are quite sharp even when examined at pixel level. The corners are slightly soft but really not too bad.

The trickiest part is to nail the focus as the DOF is quite shallow at maximum apreture so slightly misfocus would result in a pretty blurry image. But while it may sound difficult, after a bit of practice and with the help of the magnification view, I managed to get a very high percentage of keepers even when shooting at maximum aperture. I didn’t use focus peaking as I found it doesn’t give me accurate enough results and rather have it switched off. 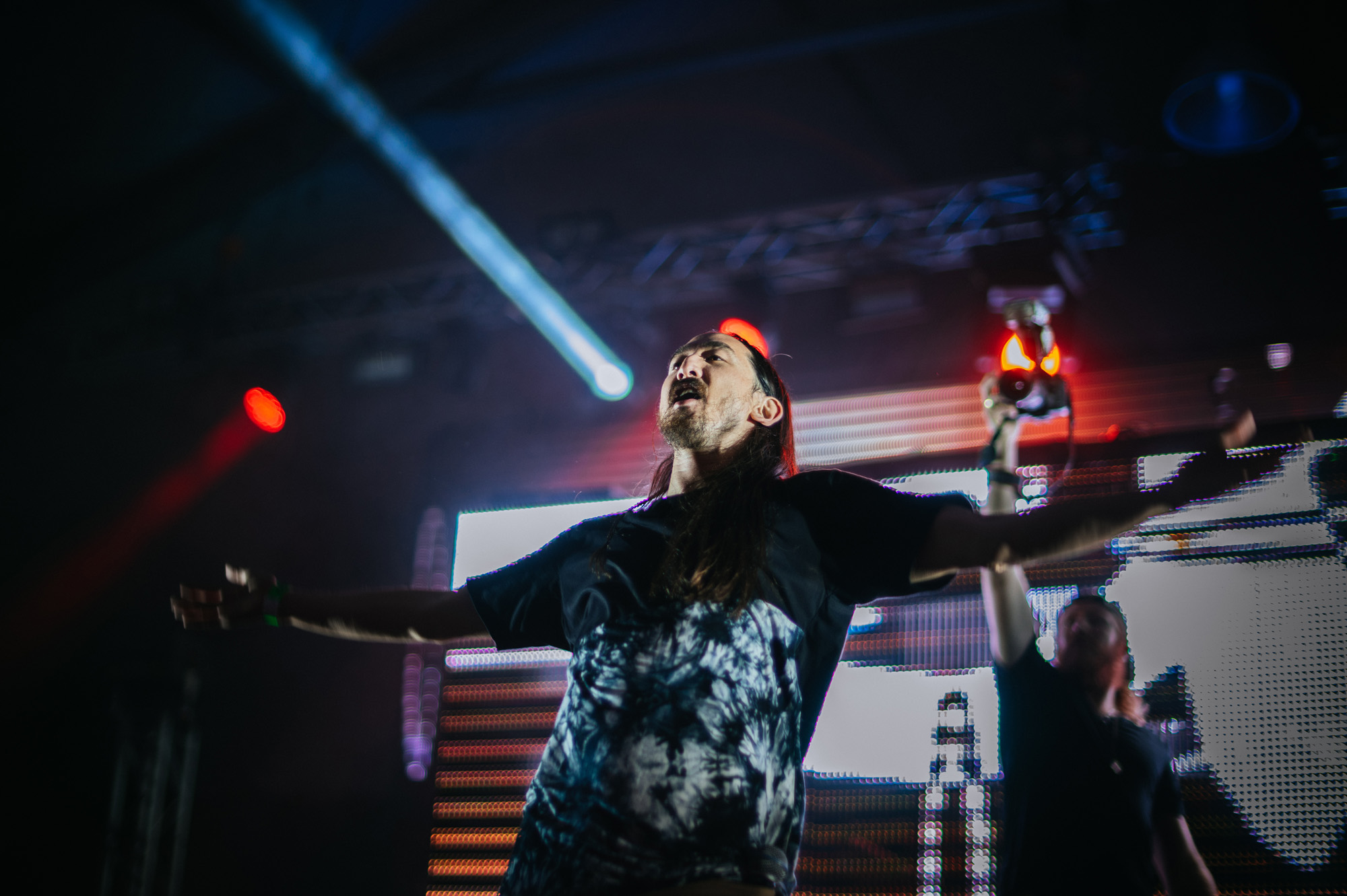 Bokeh is smooth, round and looks pretty pleasant. I didn’t notice too much swirly bokeh which is quite common with most fast prime lenses. And because of the f/0.95 aperture, you can create very good separation between your subject and the background and foreground easily .

It gives you images that look different to the typical fast 50mm f/1.4 or even f/1.2 lens can create. And when you are taking close up photos, you can easily melt the background completely. 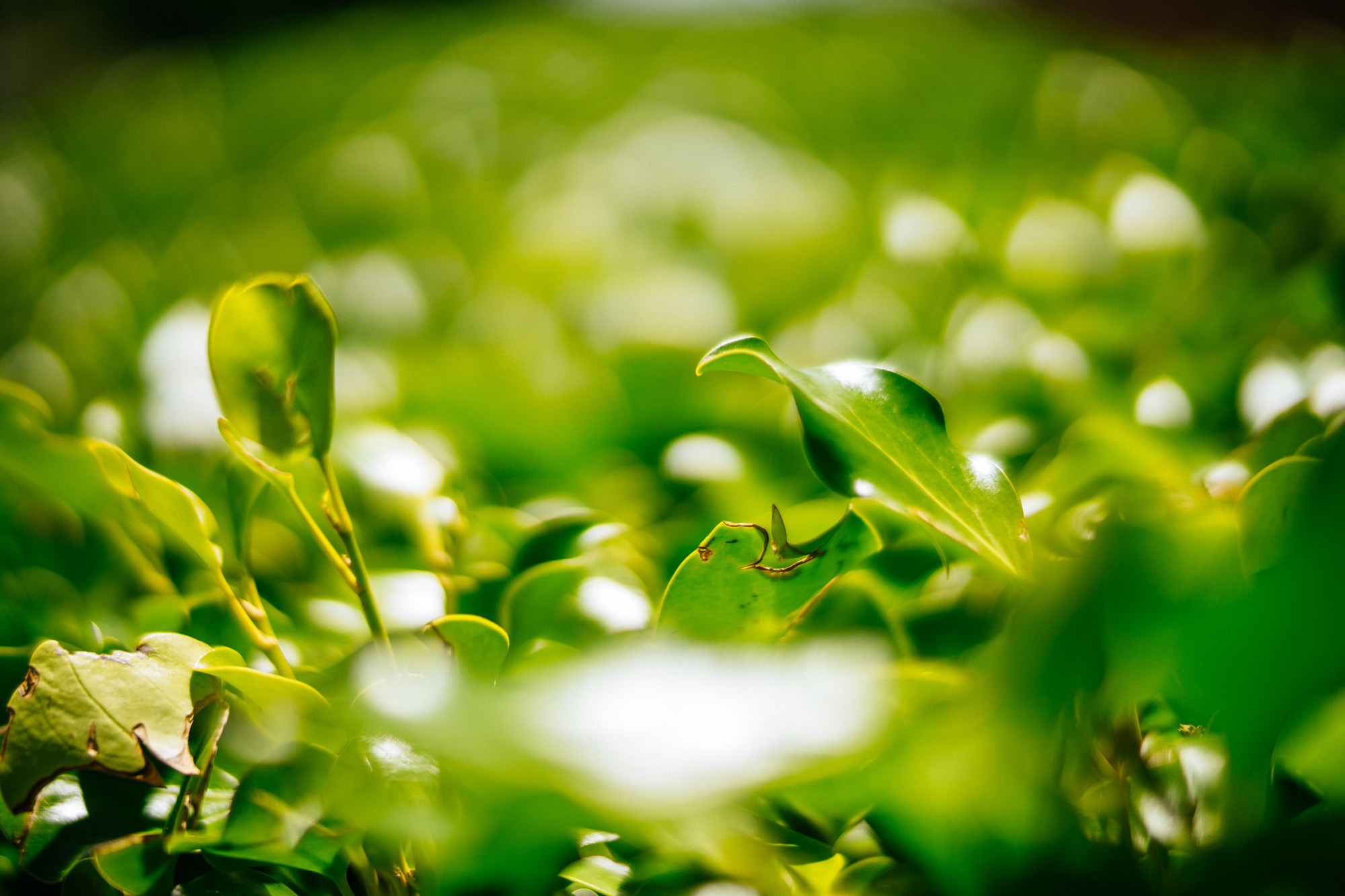 This is the most dreamy photo I can get . It’s really a sharp lens

There is quite a bit of vignetting and a small but noticable amount of barrel distortion . But they aren’t too serious and really shouldn’t affect your image much.

Check the boring brick wall photo below, that was taken at maximum aperture to show you the real life vignetting and distortion result. 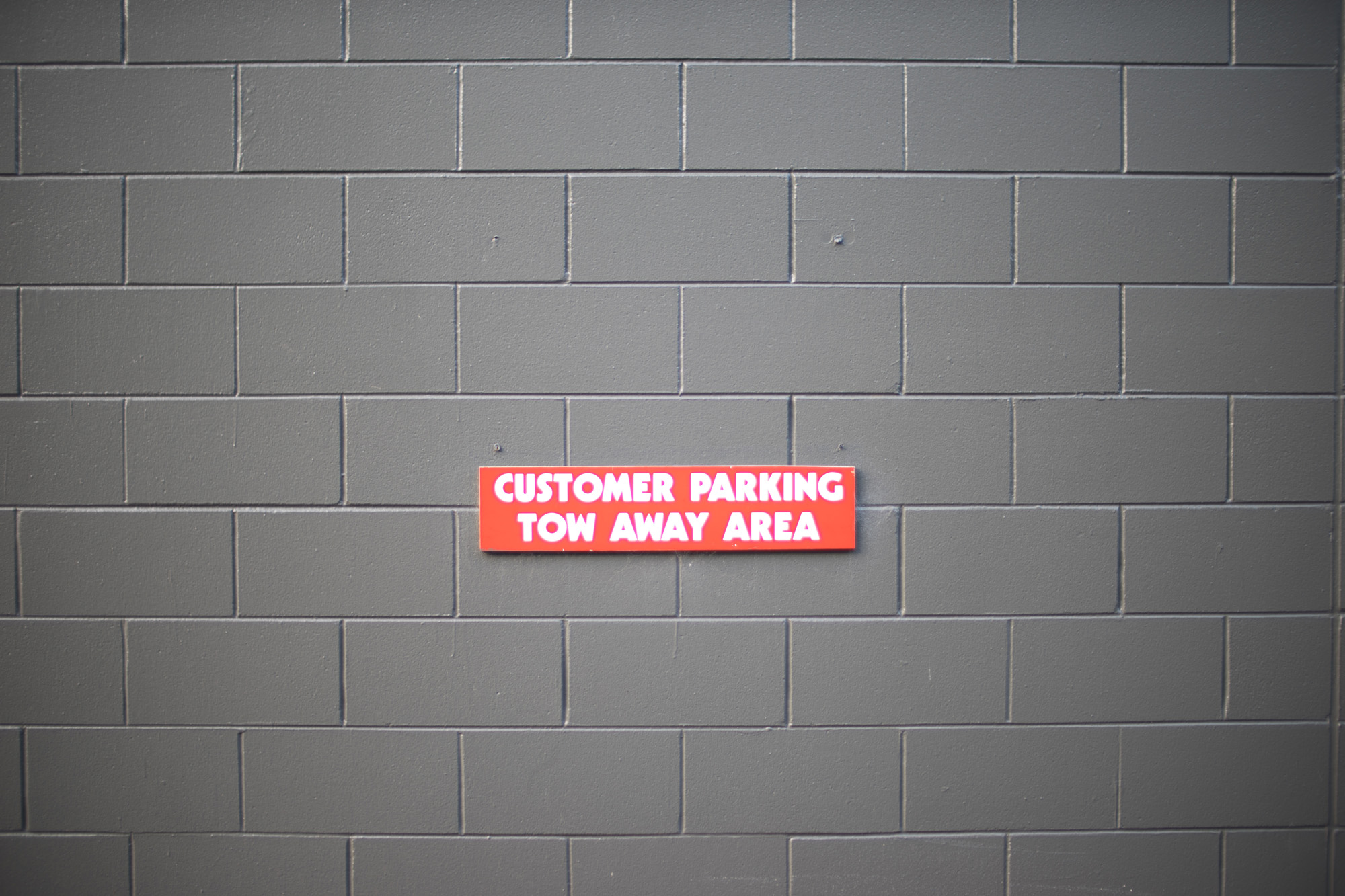 Both Vignetting and barrel distortion are farily well controlled. But notice the CA on the sign

Chromatic Aberration is quite noticeable especially when shooting at maximum aperture. When I was adjusting the focus in magnified view, I can see some strong purple fringing appear/disappear around my main subject as I was fine tuning the focus. Even the brick wall sample photo above you can see a bit of purple fringing around the edge of the text.

So far everything seems pretty good, but there is one major issue with this lens. It is lens flare, or lack of flare resistance. Whenever there is a strong light source in front of the camera, you’ll get flare, lots of flare. Contrast can also drop significantly. So unless you intentionally want some lens flare or want a low contrast photo, you really have to be careful when shooting backlit scenes. This new Pro version is supposed to have better flare resistance already so it makes me really wonder how bad the original version would be like when shooting backlit photos. 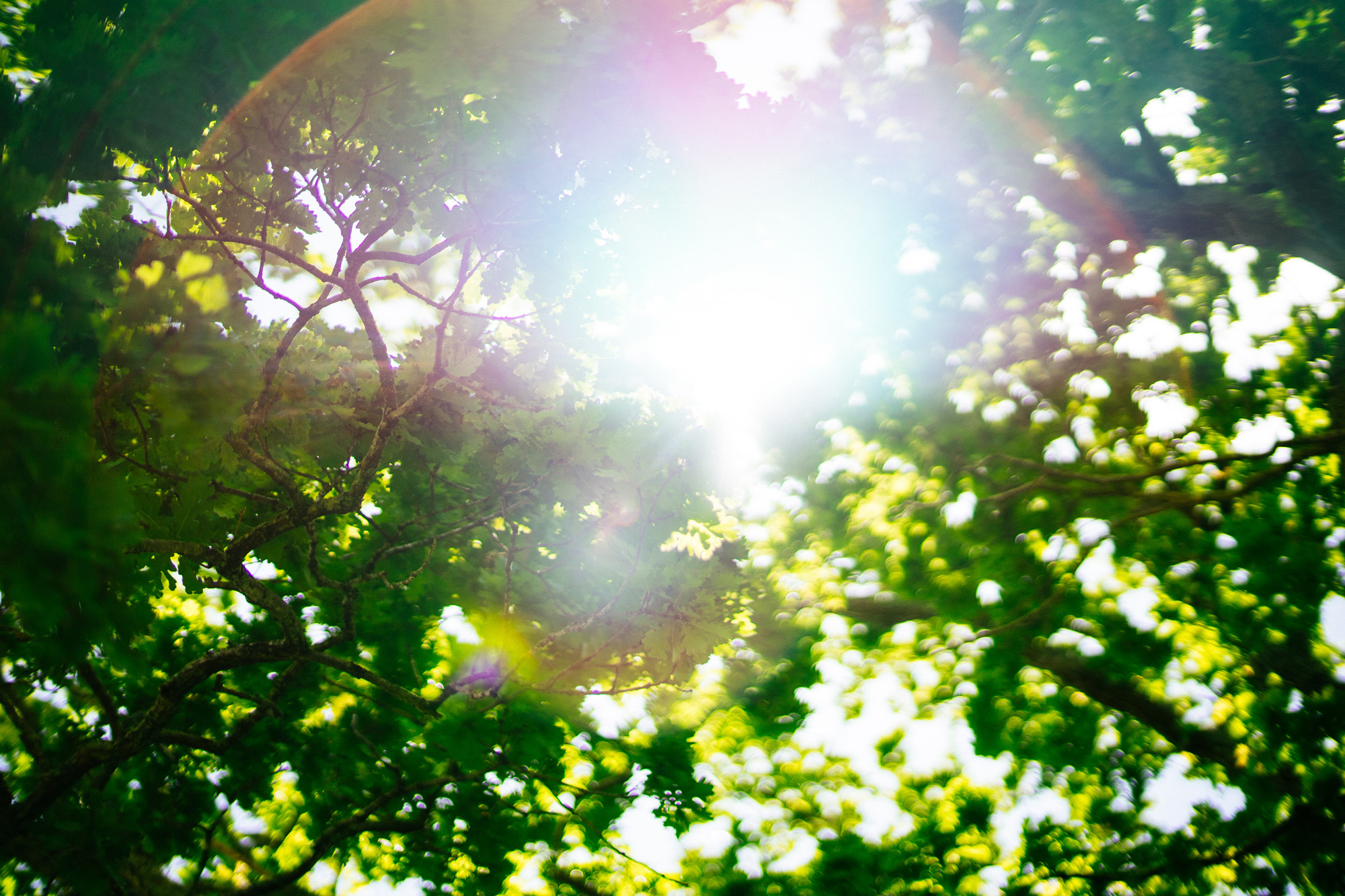 With the super fast aperture and the good high ISO performance from the full frame sensor, this lens really matches it’s Dark Knight nickname. There isn’t too many dark scene that can challenge the Mitakon 50mm f/0.95. Manual focus is a bit tricky but with a bit of practice, it isn’t really that bad as long as your target is relatively stationary.

However, one of the main reason people buy a mirrorless camera like the Sony A7 is because of the lighter weight and smaller size. So mounting a big lens like the Mitakon 50mm f/0.95 is kind of going the opposite direction?

But if you don’t mind the weight and size, the Mitakon definitely won’t disappoint you. I won’t say the picture quality is perfect, but it’s really damn good even at f/0.95. Build quality is quite decent as well. Most importantly, you don’t have to sell your last kidney to afford this super fast lens. It’s one of the best value for money super fast prime lens.

Creating a f/0.95 lens is an ambitious goal. It’s nice to see what Zhongyi managed to do with this Speedmaster 50mm f/0.95 lens. I’m really looking forward to see more exciting products from them in the future. 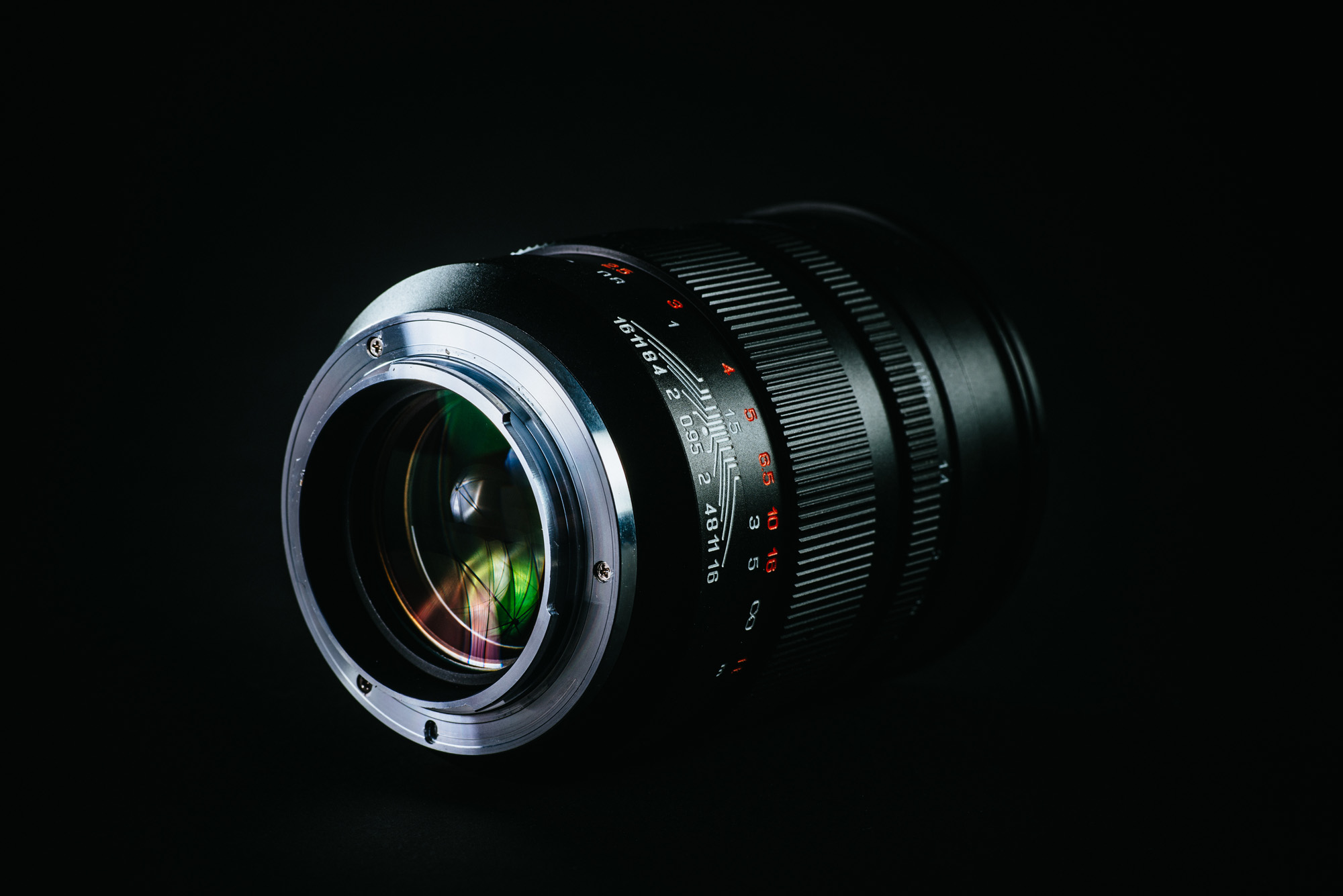 And if you are interested in this lens, you can contact the guys and girls at Progear www.progear.co.nz  who provided the lens for this review

(All taken using a Sony A7 + Mitakon Speedmaster Pro 50mm f/0.95, adjusted in Lightroom to taste) 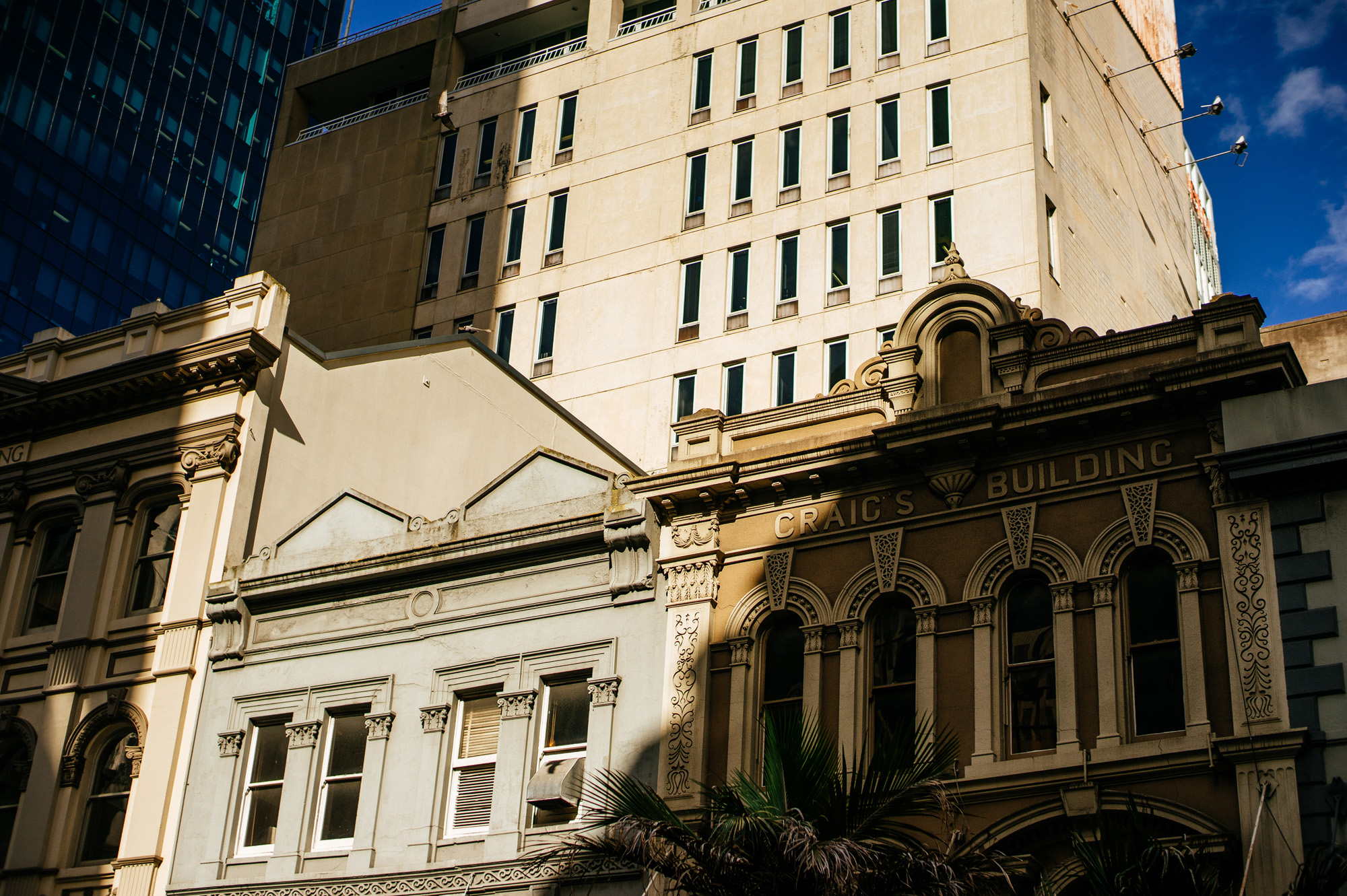 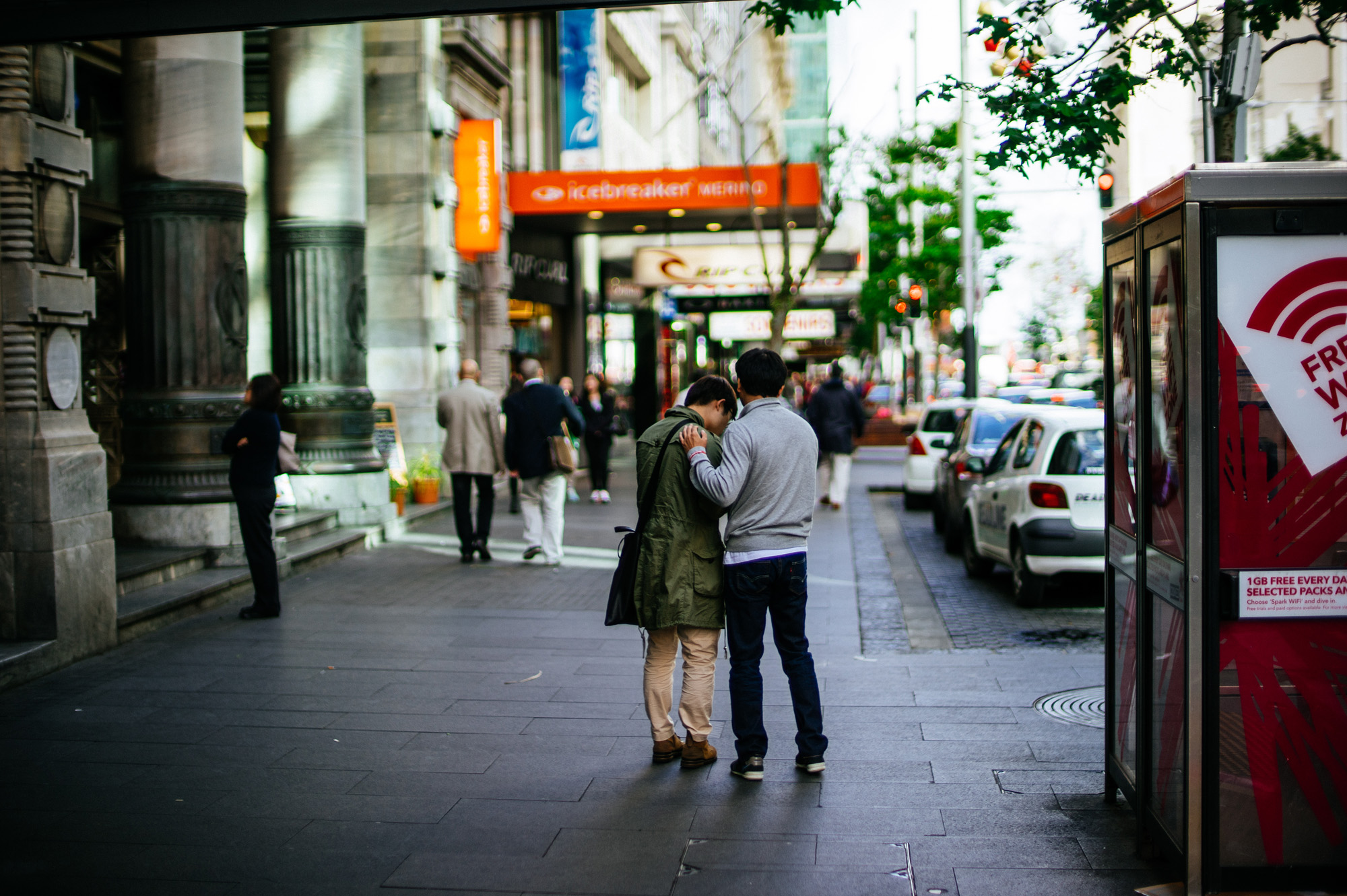 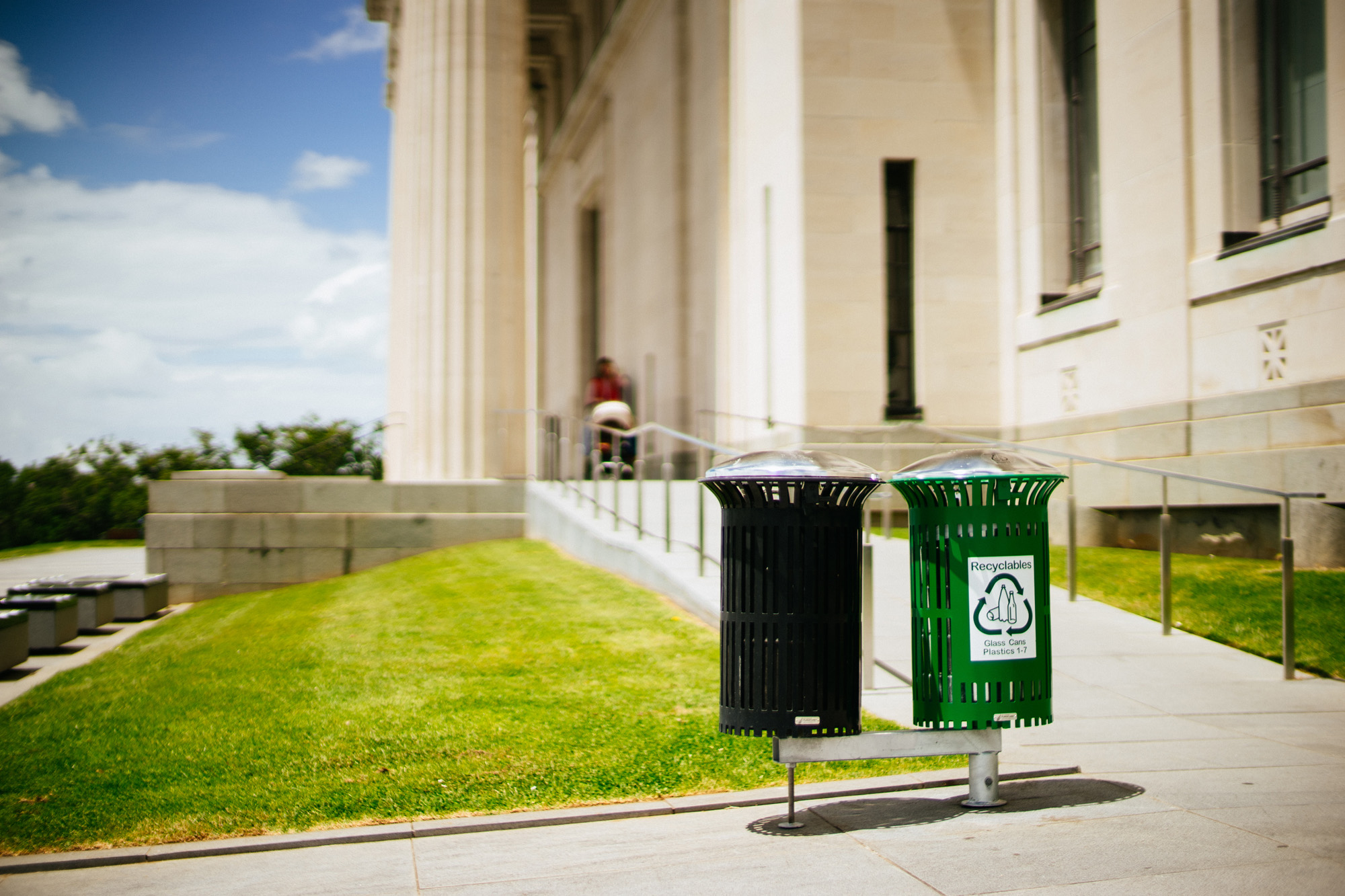 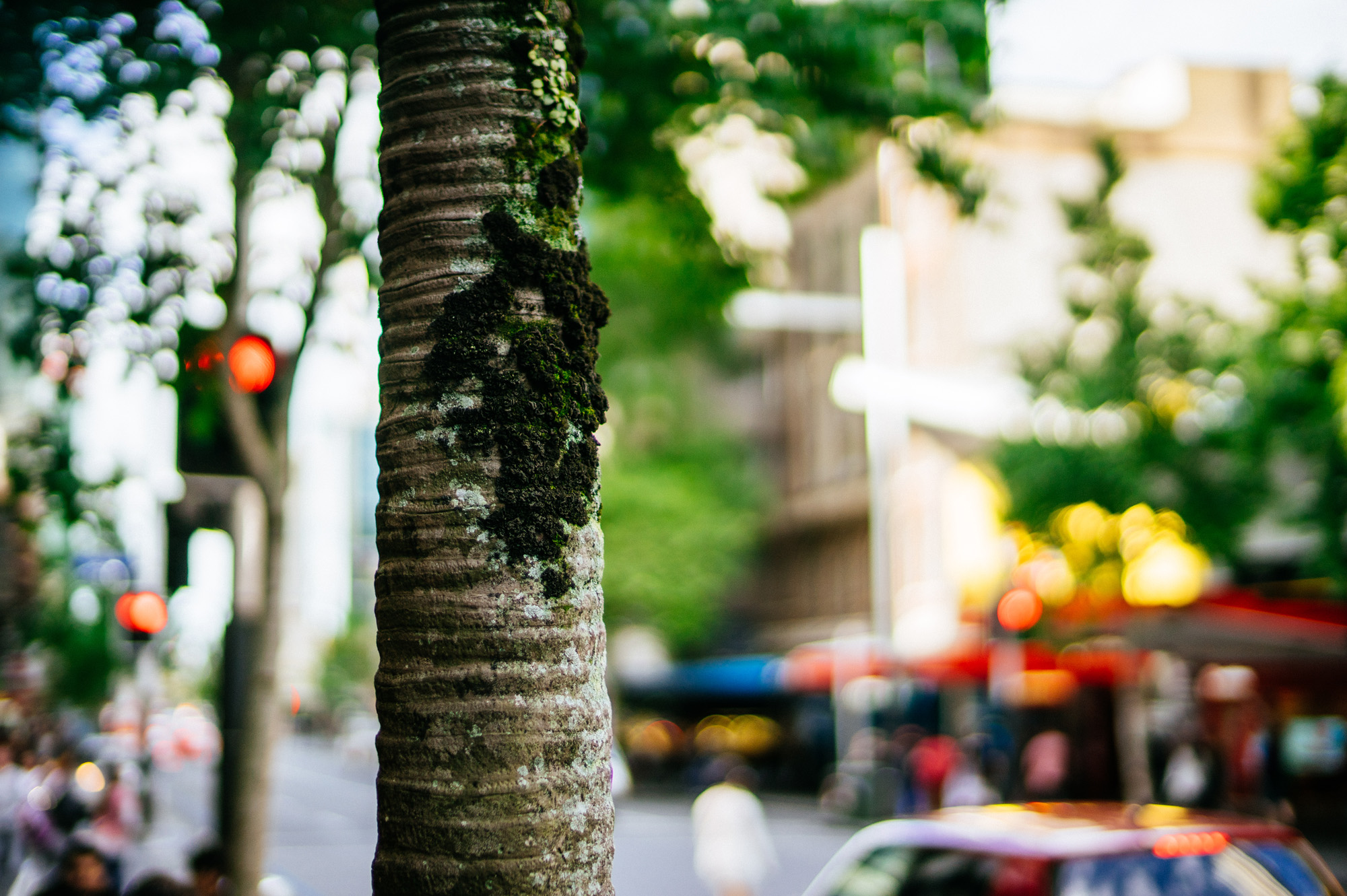 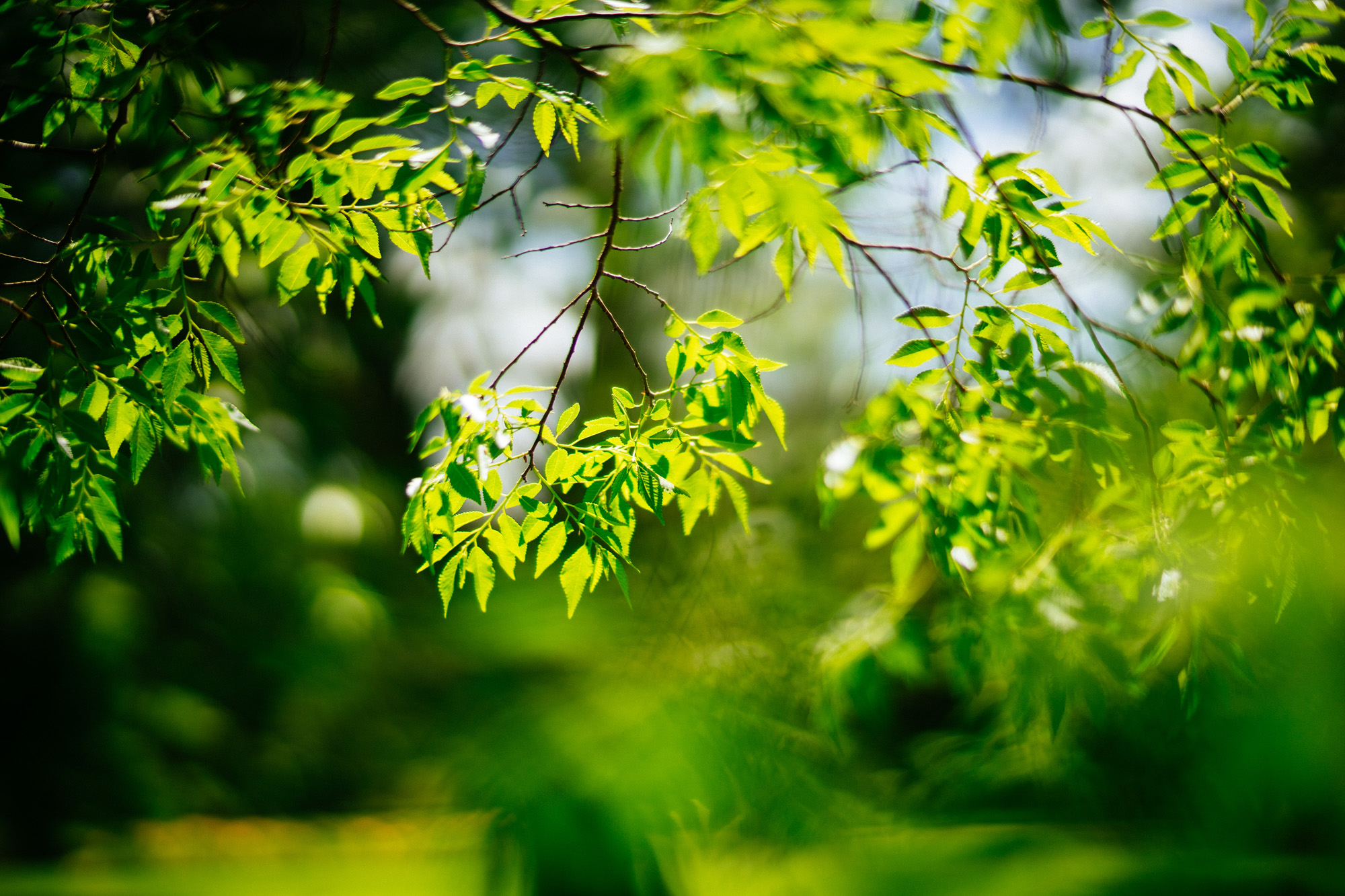 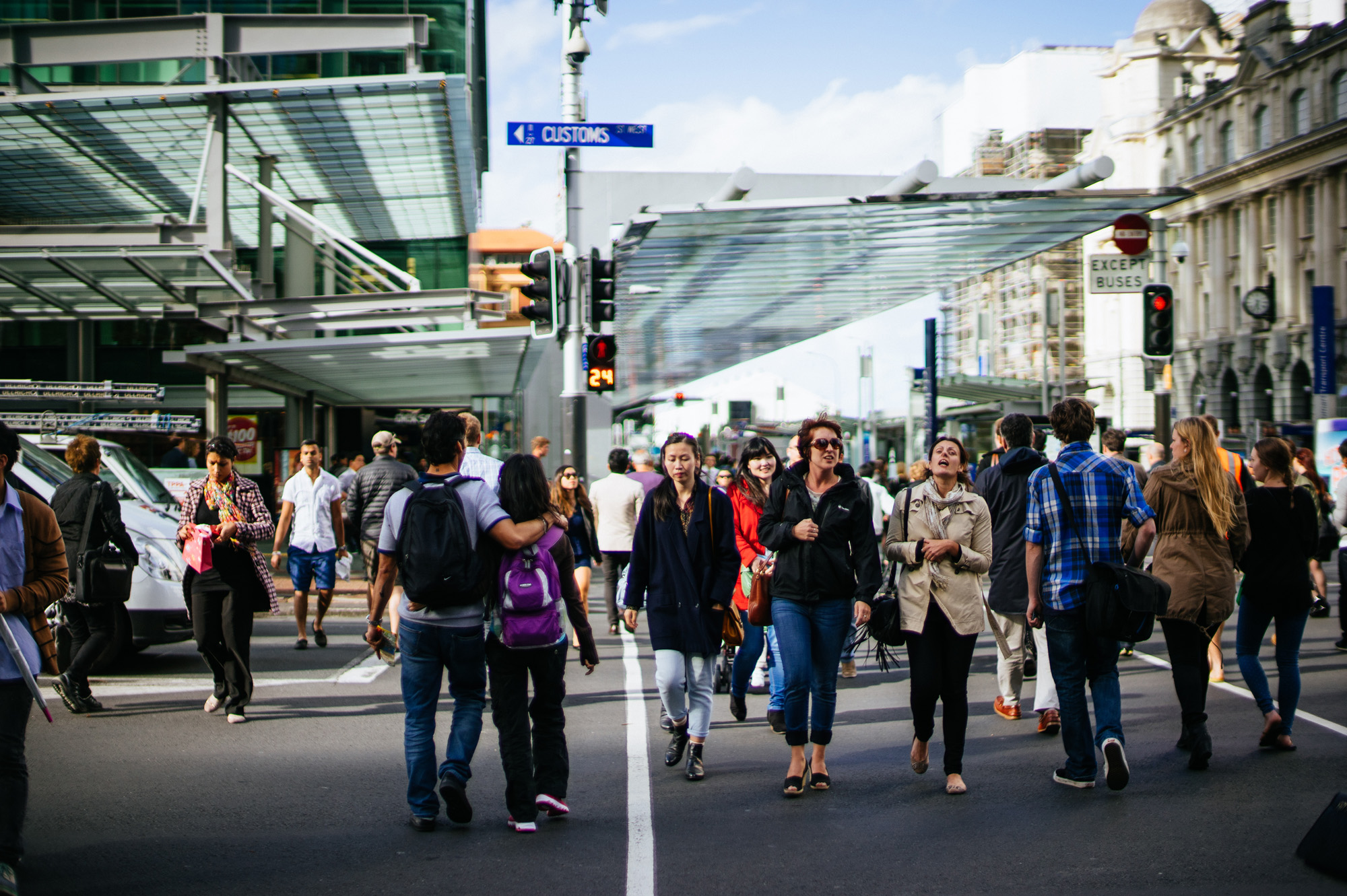 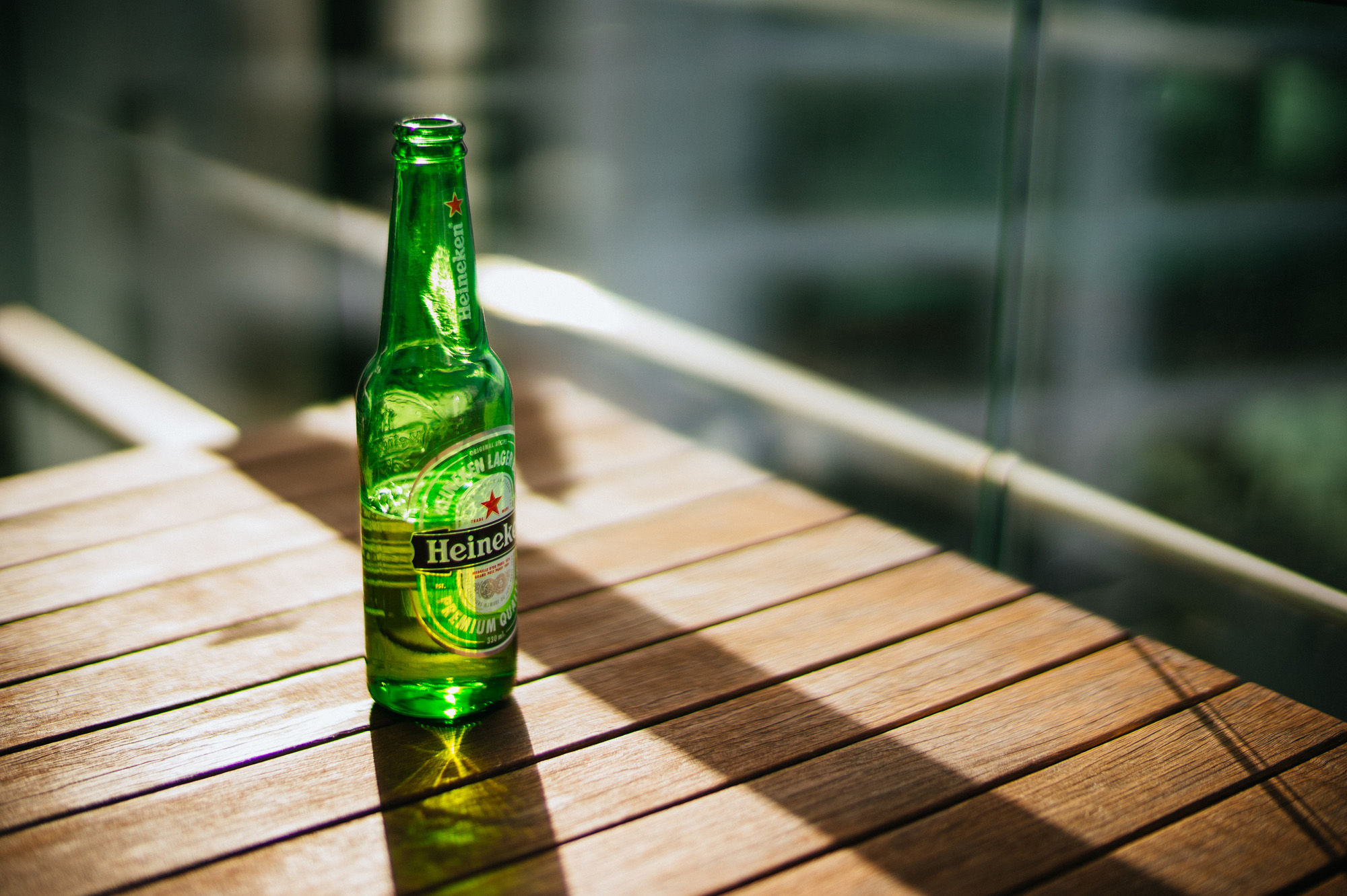 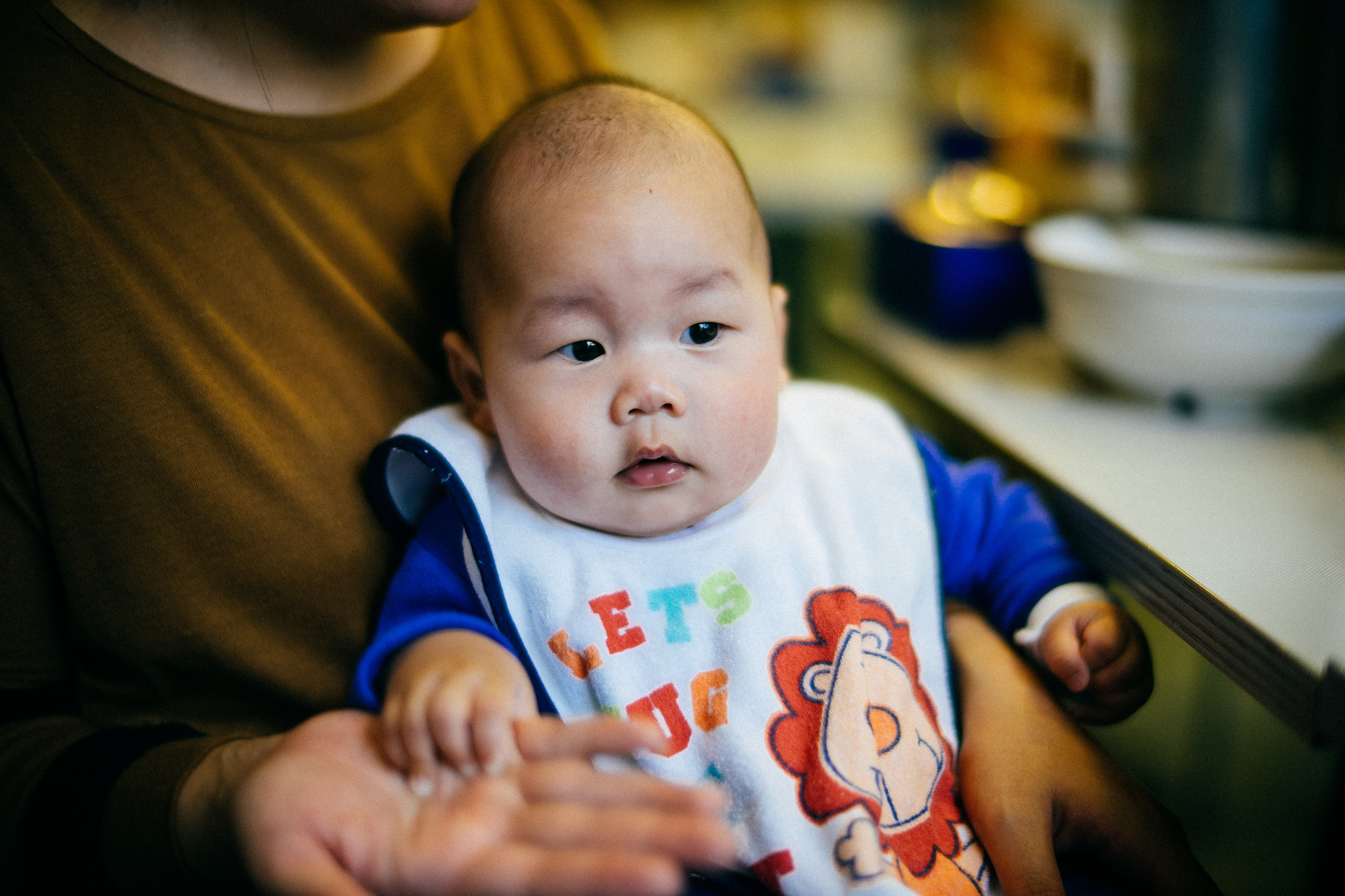 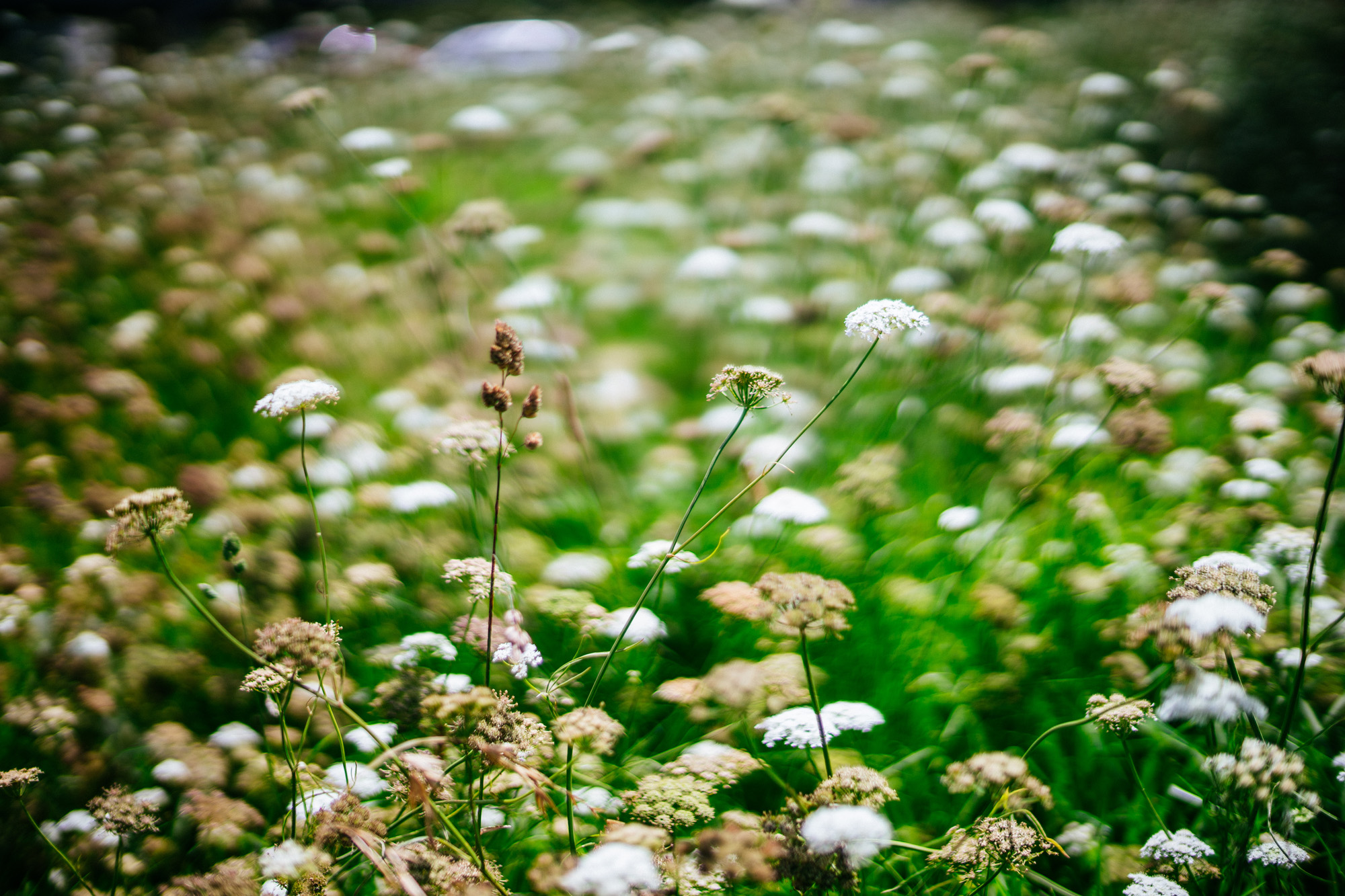 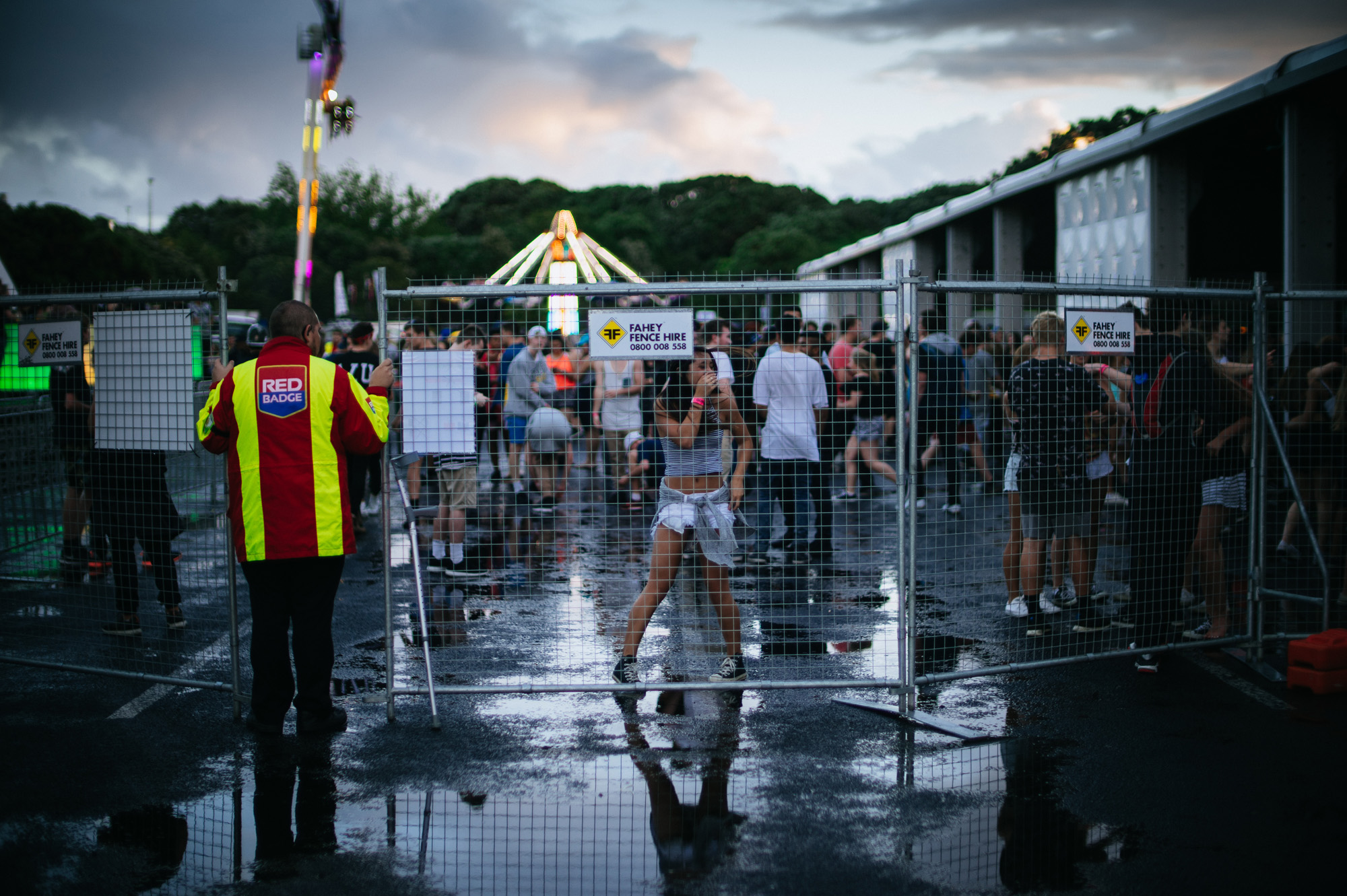 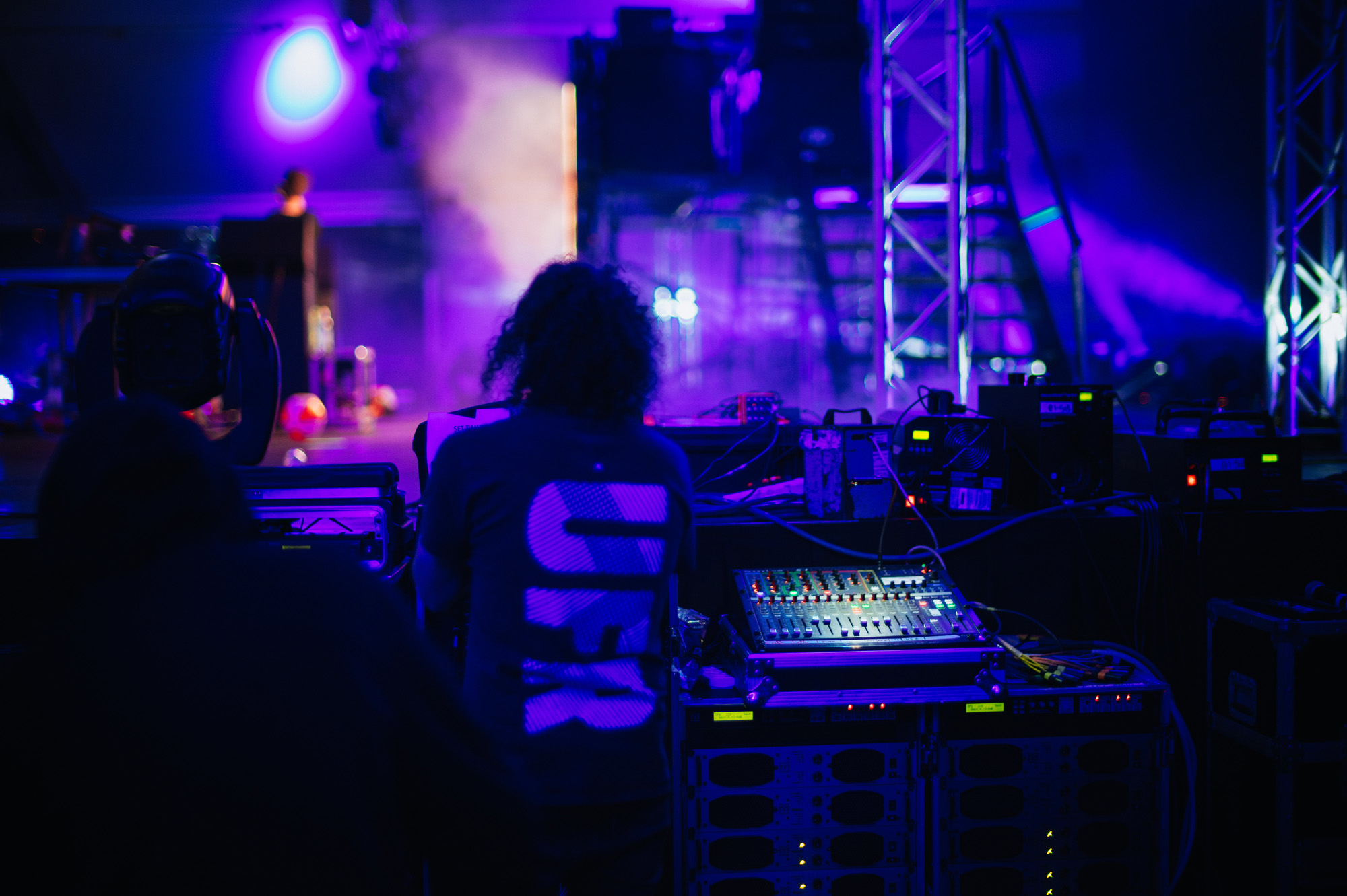 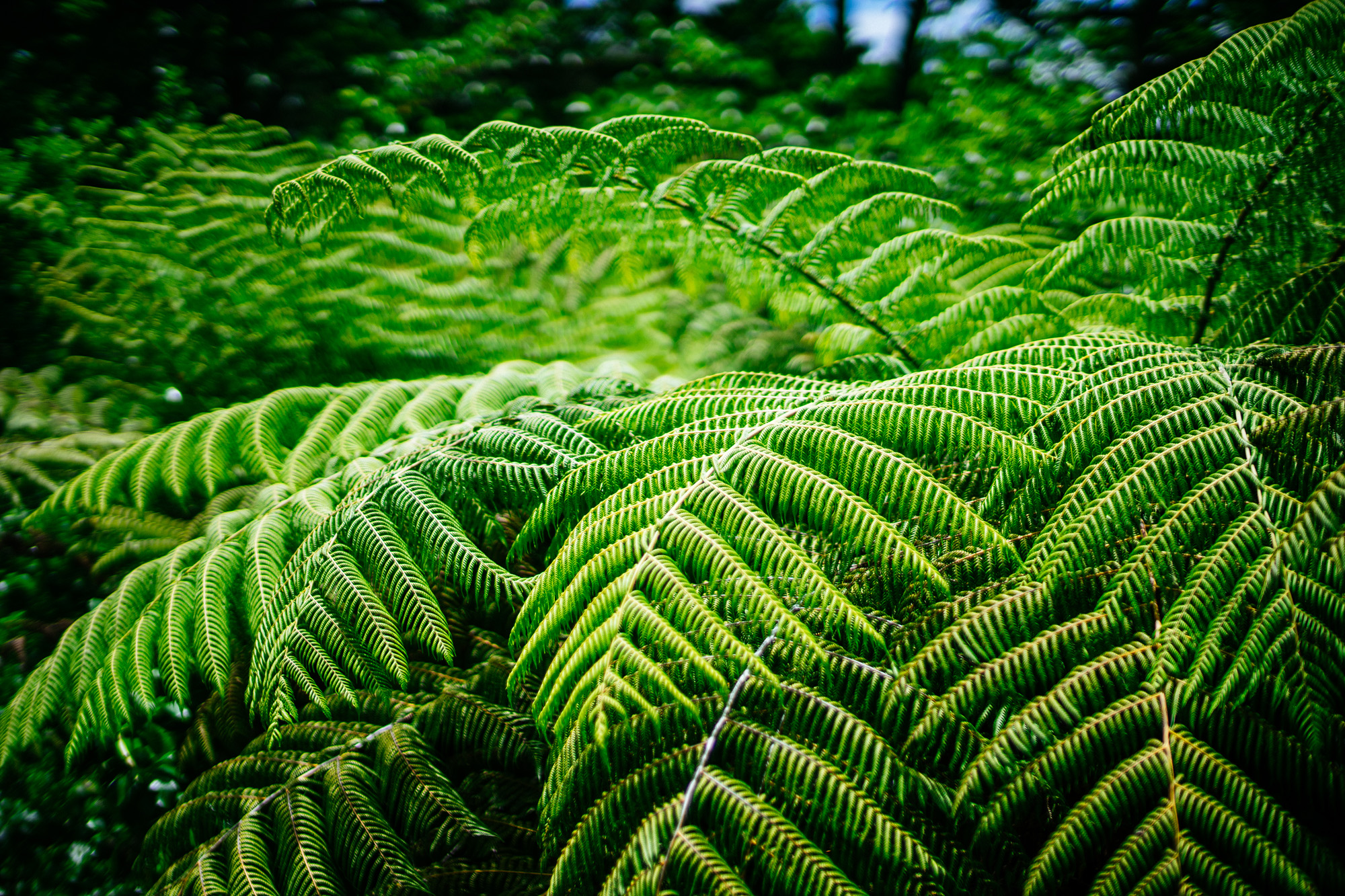