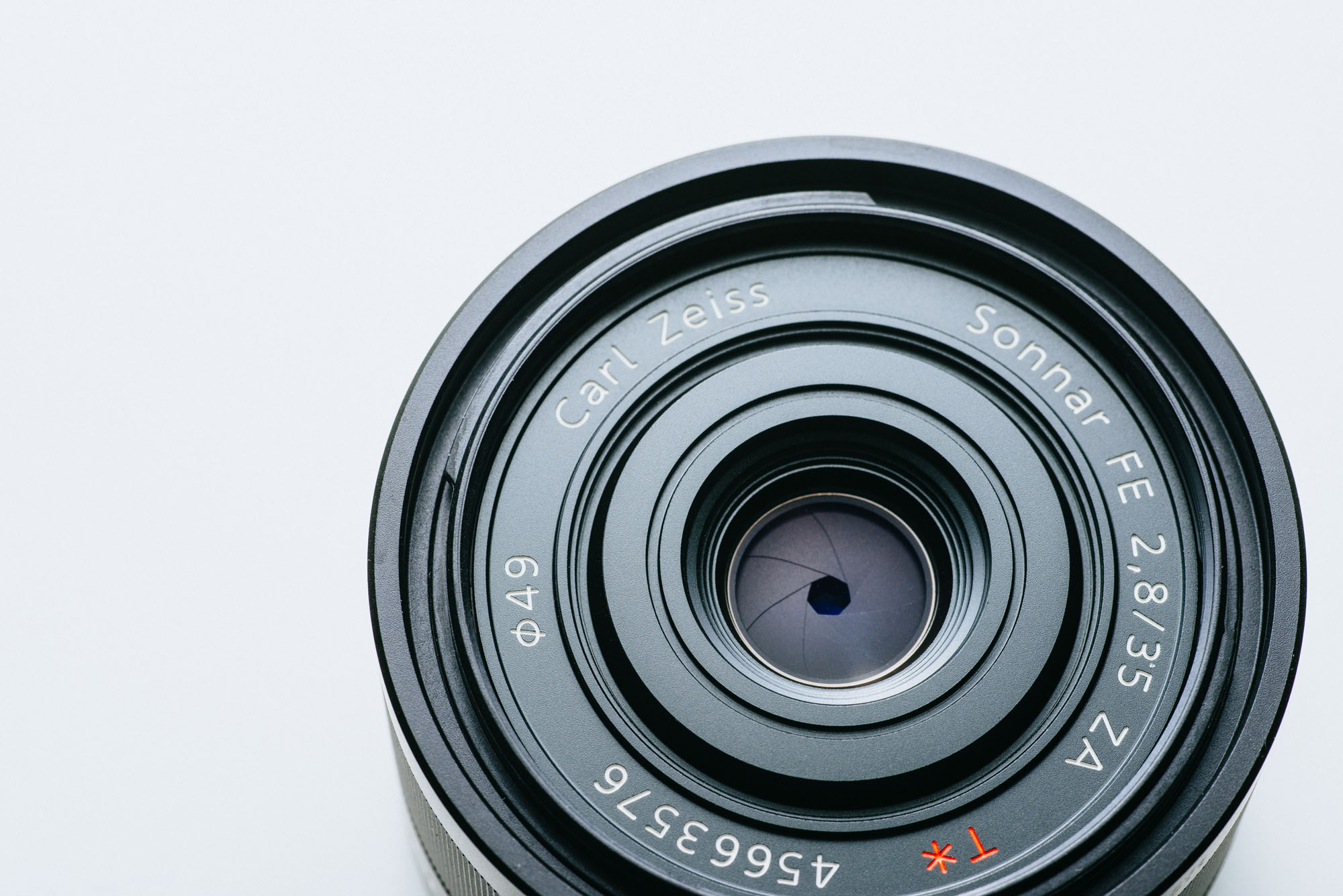 If there is only one focal length I can shoot photos at from today onwards, I would say give me the 35mm without a second thought. I love the almost same as human eye vision view angle. 35mm captures the environment surrounding you but without too much distortion. I love how you feel when viewing the photos shot with a 35mm lens, you feel like you are right there. 35mm is my favourite focal length.

So when I was looking at replacing my Olympus OMD EM1 with a Sony a7, the first thing I looked at was what 35mm lenses are available. There is the Sony (Zeiss) Distagon T* FE 35mm f/1.4 ZA which seems to be absolutely fantastic from what I’ve read and probably even better than my Nikon AF-S 35mm f/1.4G. But it’s a big and heavy lens, I want to use my a7 as an everyday camera that I could carry with me everyday to everywhere so the Distagon T* 35 f/1.4 is really a bit too big, I might as well just carry my Nikon Df with the Nikkor AF-S 35mm f/1.4G. (Maybe I will still get one one day, hard to fight G.A.S. sometimes) Luckily there is also a Sony (Zeiss) Sonnar T* FE 35mm f/2.8 ZA, at only 120g and 61.5 x 36.5mm, it is really quite small and light. Mount it on the a7 it feels really well balanced and pretty much the same weight and size as my Olympus with the 17mm f/1.8 attached. Great! That’s exactly what I want. 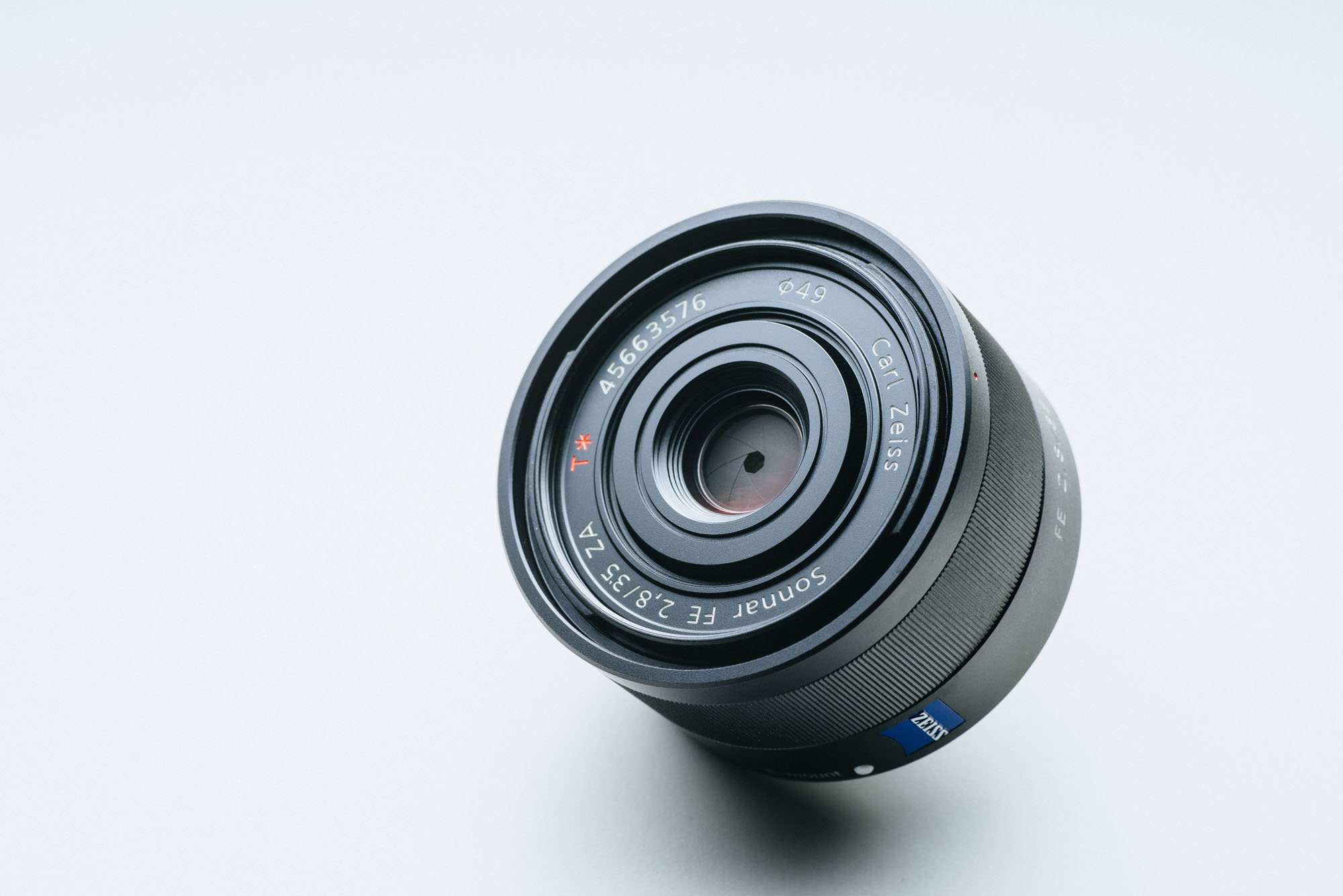 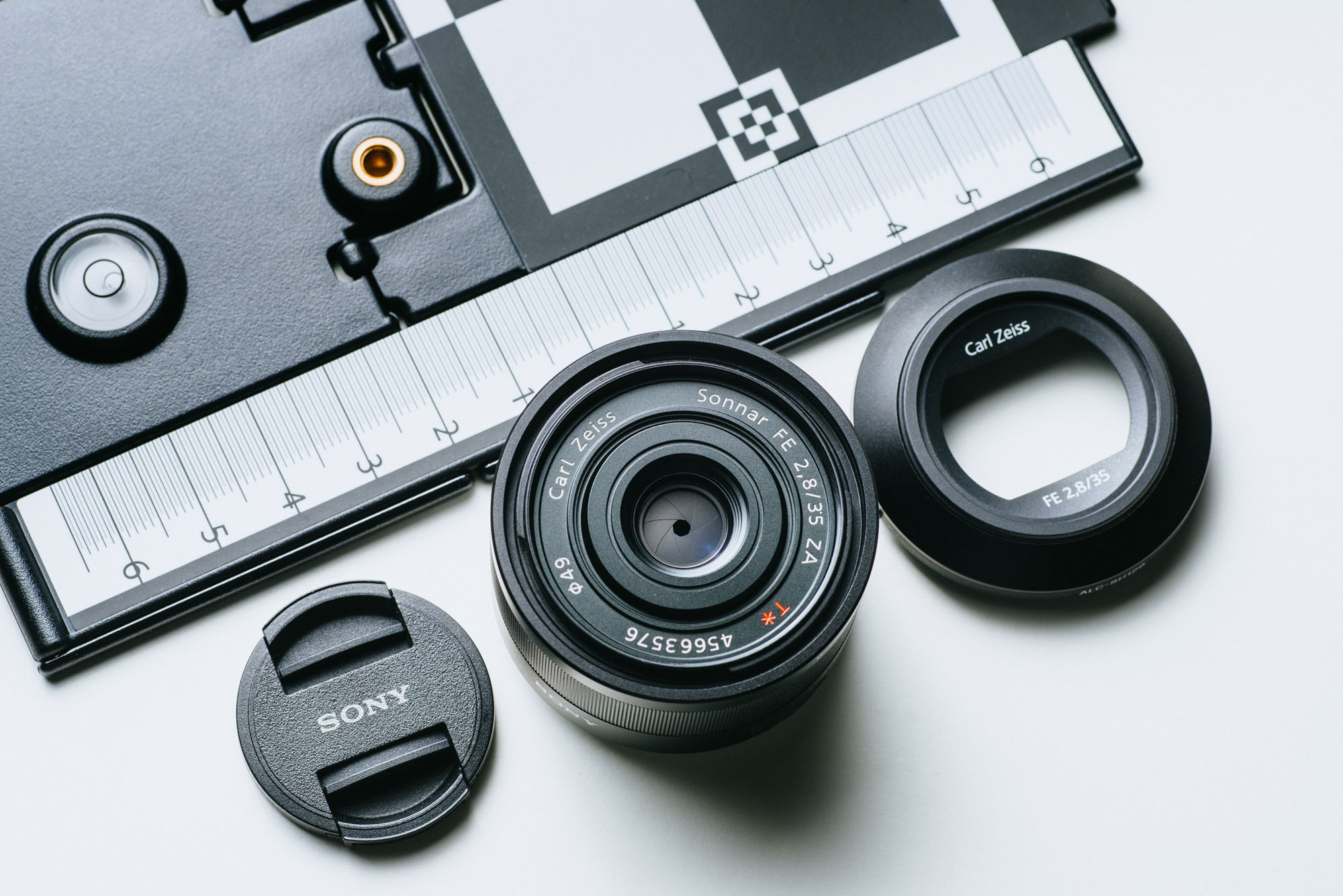 Despite it’s only 120g, the Sony 35mm f/2.8 feels pretty solid and well built. No plastic feeling. But then it’s a NZD$1300 lens so I wouldn’t expect anything less. The lens is dust and moisture resistant just like the a7 and I’ve used it a few times under light rain with no issues at all.

The lens comes with a weird looking lens hood. But despite it’s unusual design, it provides pretty good protection from flare as well as physical damage to the front element. The best thing I like about the lens hood is that it’s really shallow in depth so I could just keep it attached all the time. 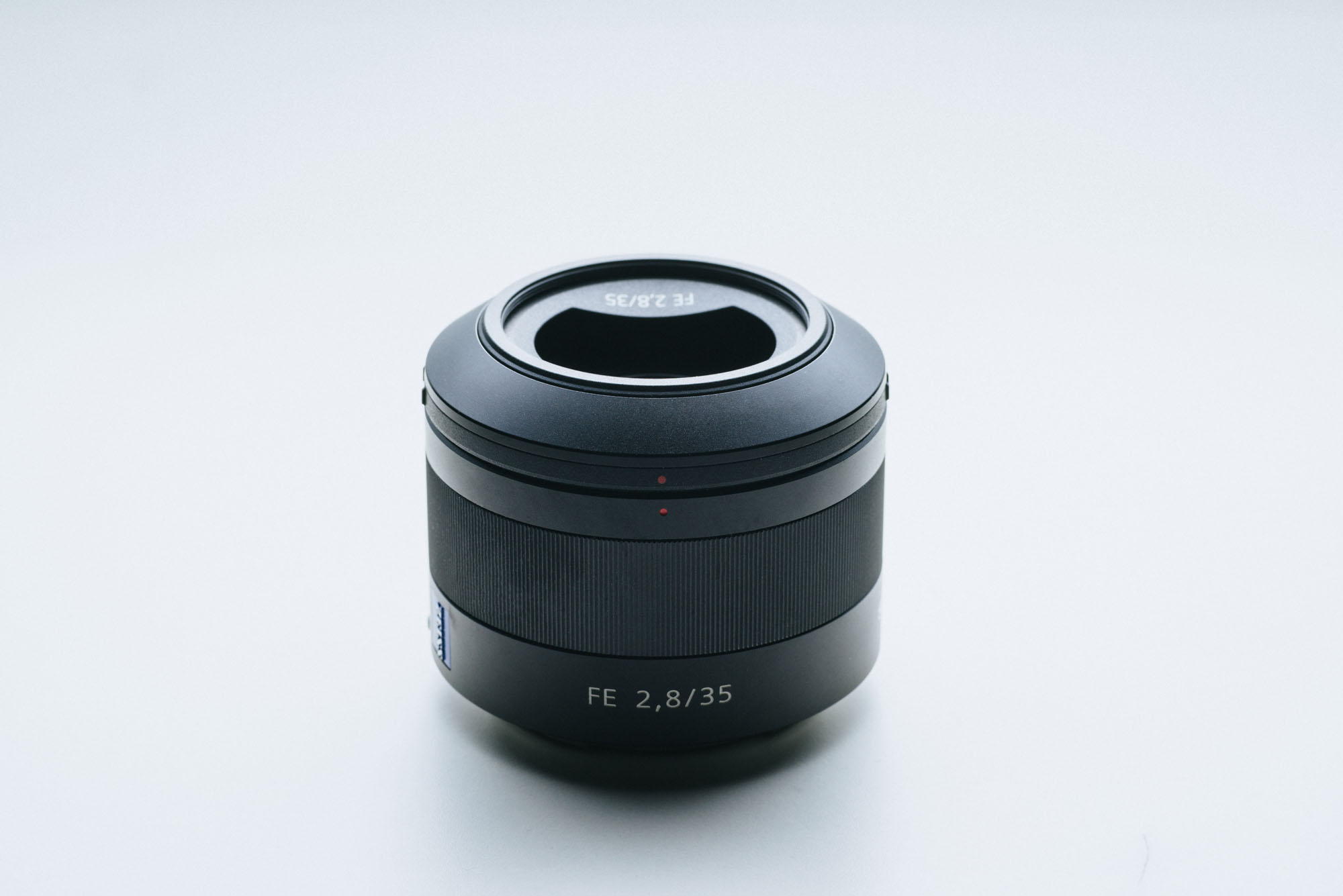 The autofocus operation is really really quiet, you can’t hear any autofocus noise at all unless you put your ear right next to it in a quiet room. However the autofocus speed is quite slow. It hunts a lot, and quite often misfocus, but I suspect it’s more to do with the a7’s very poor autofocus system than the lens itself. I would love to re-test it on a a7RII when I have a chance and see how it performs.

The 35mm f/2.8 has a Carl Zeiss T* anti-reflective coating and the lens flare resistance is really good. There isn’t much lens flare even when I was shooting directly into the sun, contrast and colour fidelity remain good as well. Occassionally I notice there is a tiny blue dot near the centre of the image when you have a strong light source in front of the camera, but this doesn’t happen very often. 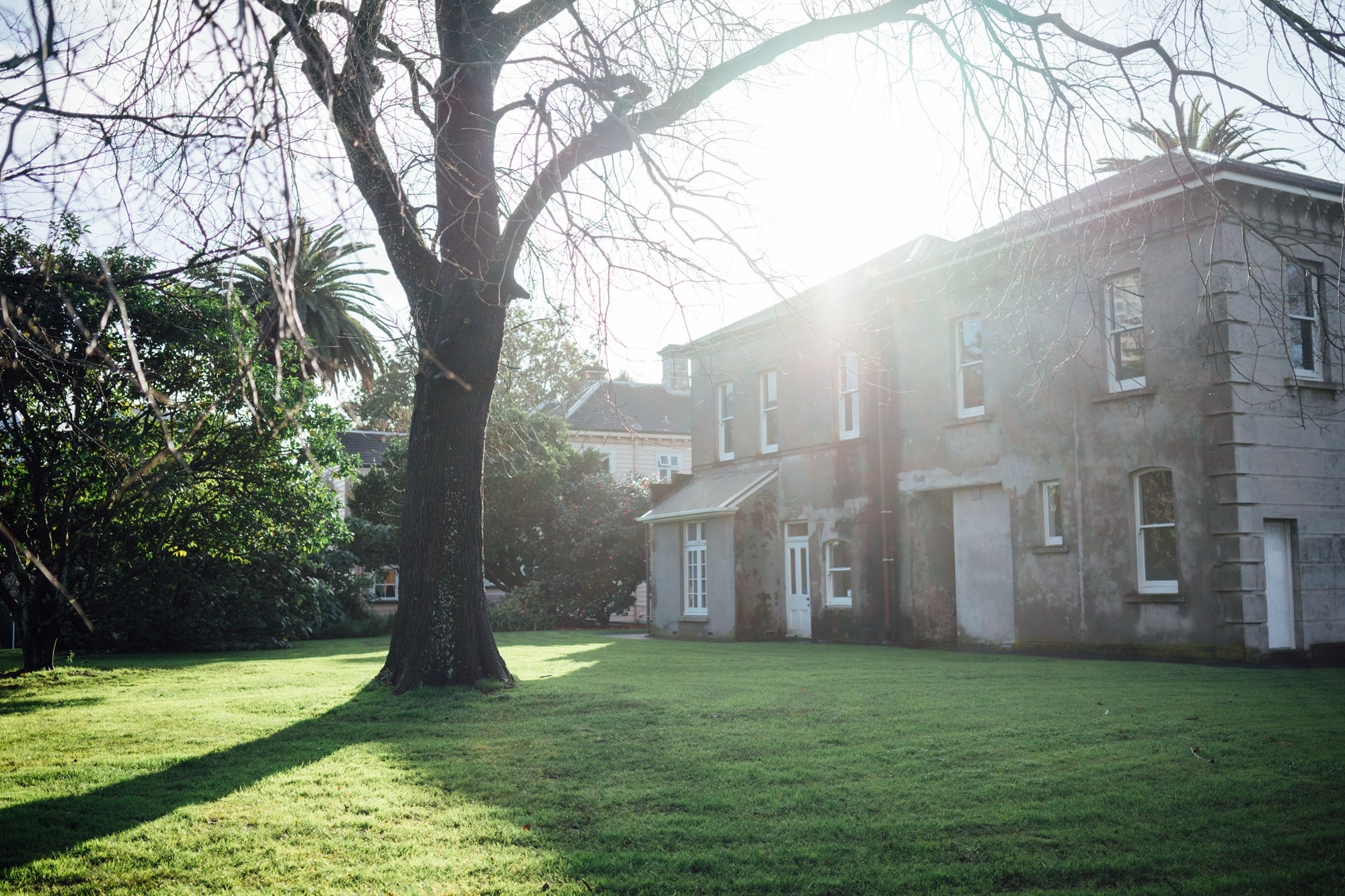 With the slightly wide 35mm focal length and not really fast f/2.8 maximum aperture, it’s not very often you would dissolve background into those pretty bokeh. But when you are shooting close objects, bokeh is round at f/2.8 but slightly nervous with a bit of halo around the edge of the bokeh. And even though the lens has a the seven-blade circular diaphragm, the bokeh turns from a circle into polygon shape once I stopped down to f/4 and beyond. Not terrible but I was hoping slightly better bokeh from this little lens. 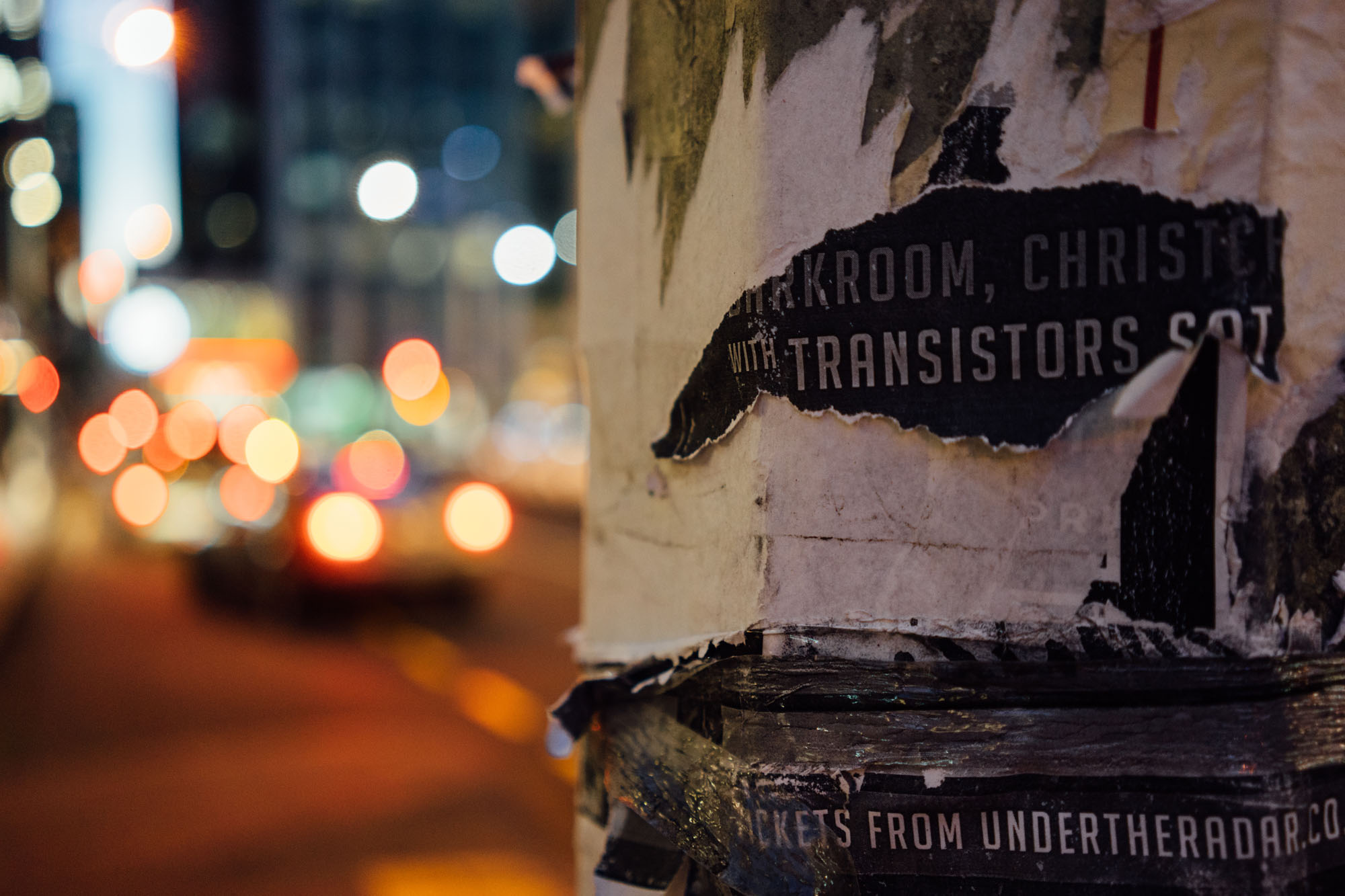 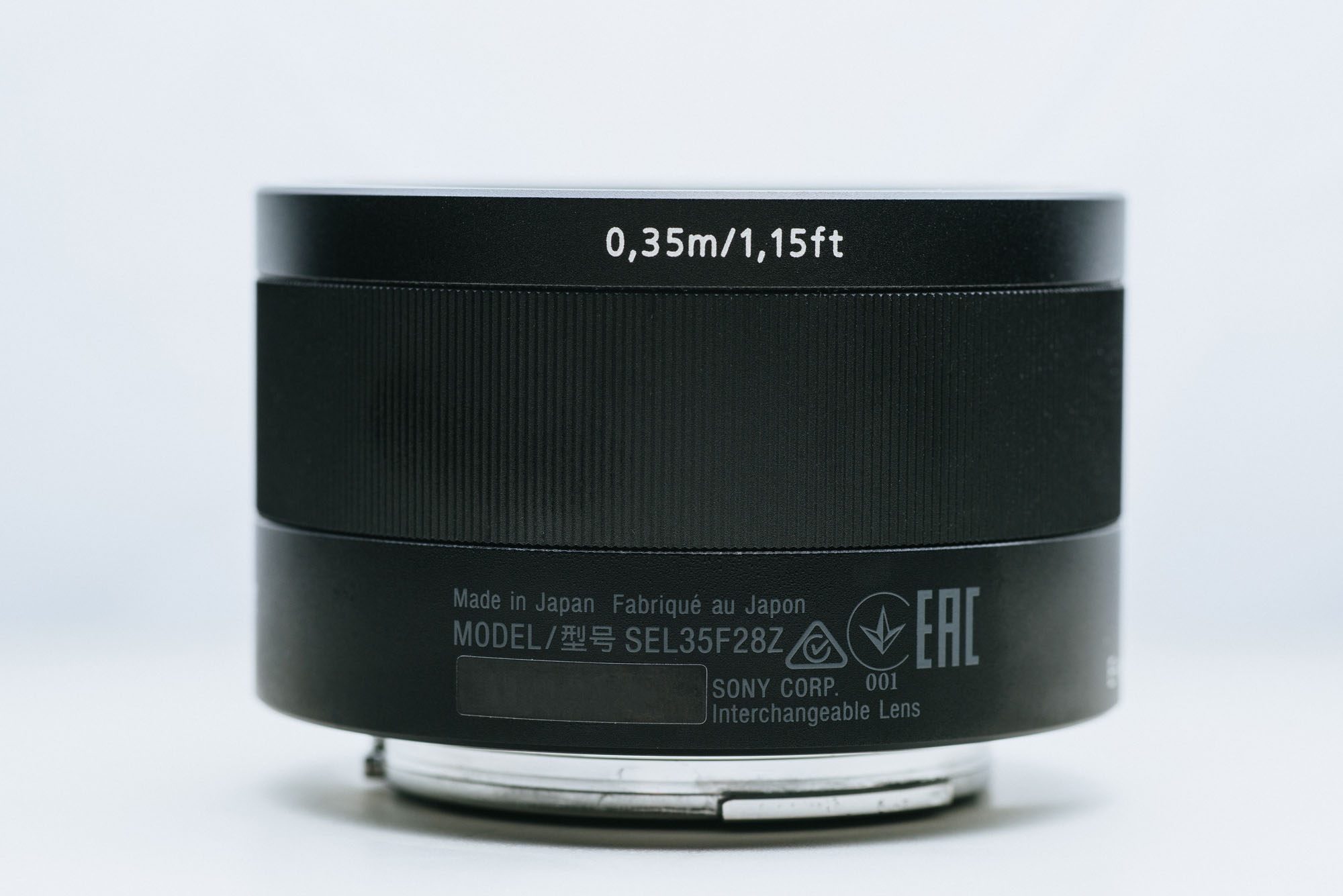 The minimum focus distance is 0.35m which gives you 0.12x maximum magnification. Nothing really special as it is pretty much the same as most 35mm prime lenses in the market. But it does allow you to do close up head shot that fill the frame.

In terms of sharpness, there isn’t much you can complain about. Even at wide open, it is already very sharp, both at the centre and at the edges. Since it’s already so sharp at f/2.8, stop down could only marginally improve the sharpness. This is pretty impressive. So if you don’t need to worry about the DOF, you can pretty much shoot it at wide open all the time. 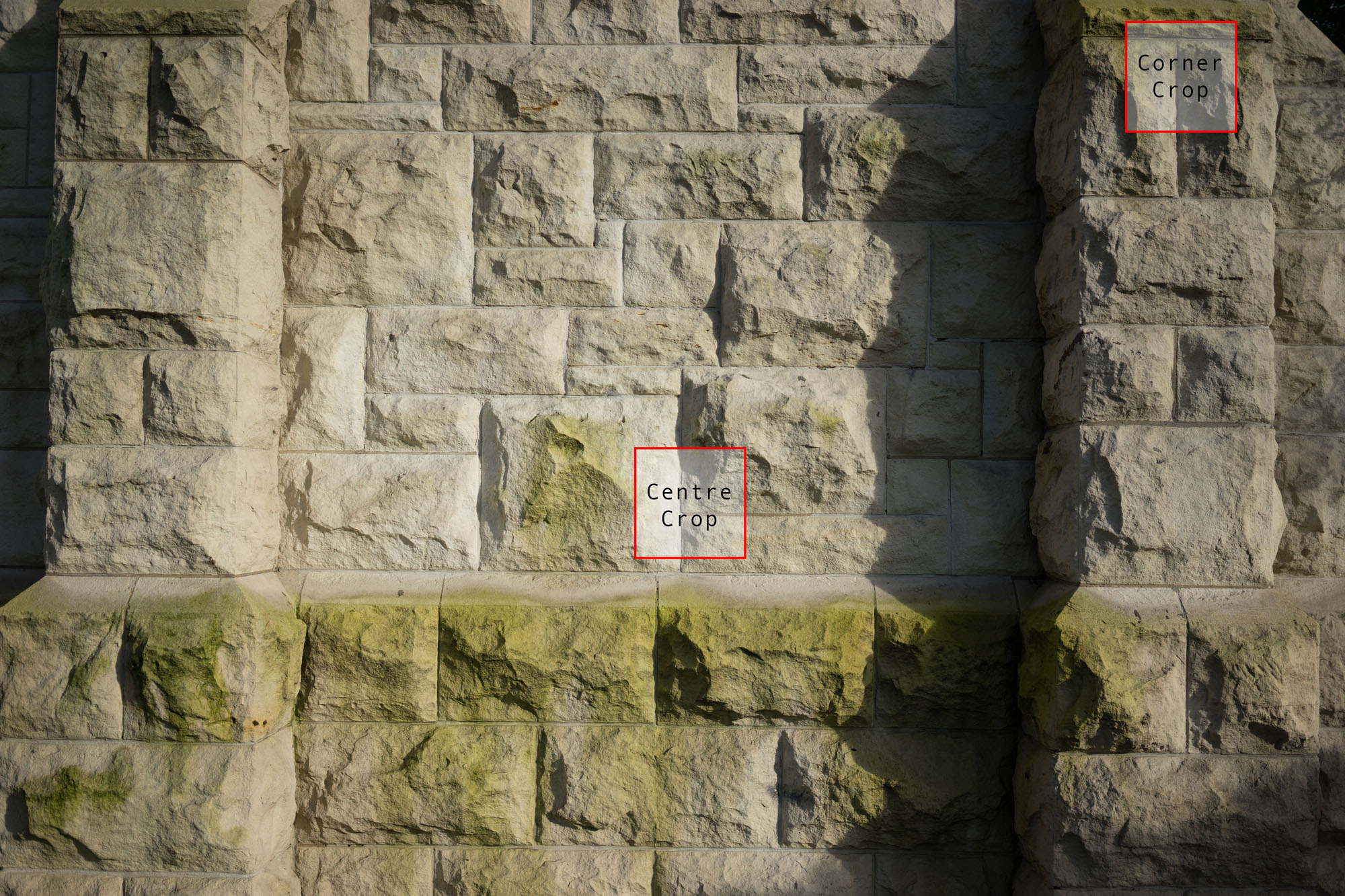 Above 100% crops (click to view them at original size)

If you turn off the shading compensation feature on the camera, you can see quite a bit of  vignetting at f/2.8. In fact, even when you stop down to f/5.6, vignetting is still noticeable. I thought it might be caused by the lens hood which has a pretty small opening but taking the lens hood off makes no difference at all. So I guess this is a tradeoff when Sony went for this relatively compact lens design.

Overall, the Sony Zeiss 35mm f/2.8 outputs really great image quality. There are a few minor things that stopped me from calling it perfect and deep in my heart I want it to be a slightly faster lens like f/2. But consider its small size and weight, I think Sony has created a really practical lens that matches the compact a7 extremely well. A lens we can carry around everyday.

Looking at the Sony camera  lens lineup, there are quite a few high quality lenses already available for the FE mount and some more coming soon. This is excellent as camera is no use if there are no lenses to support it. But it’s not hard to notice that apart from the Sony Zeiss 35mm f/2.8 they are all quite big in size and doesn’t really match the compact A7 series cameras and their smallish grip. So I do really hope there would be a few high quality but compact lens like this Sony Zeiss 35mm f/2.8 to take advantage of the small A7 body. 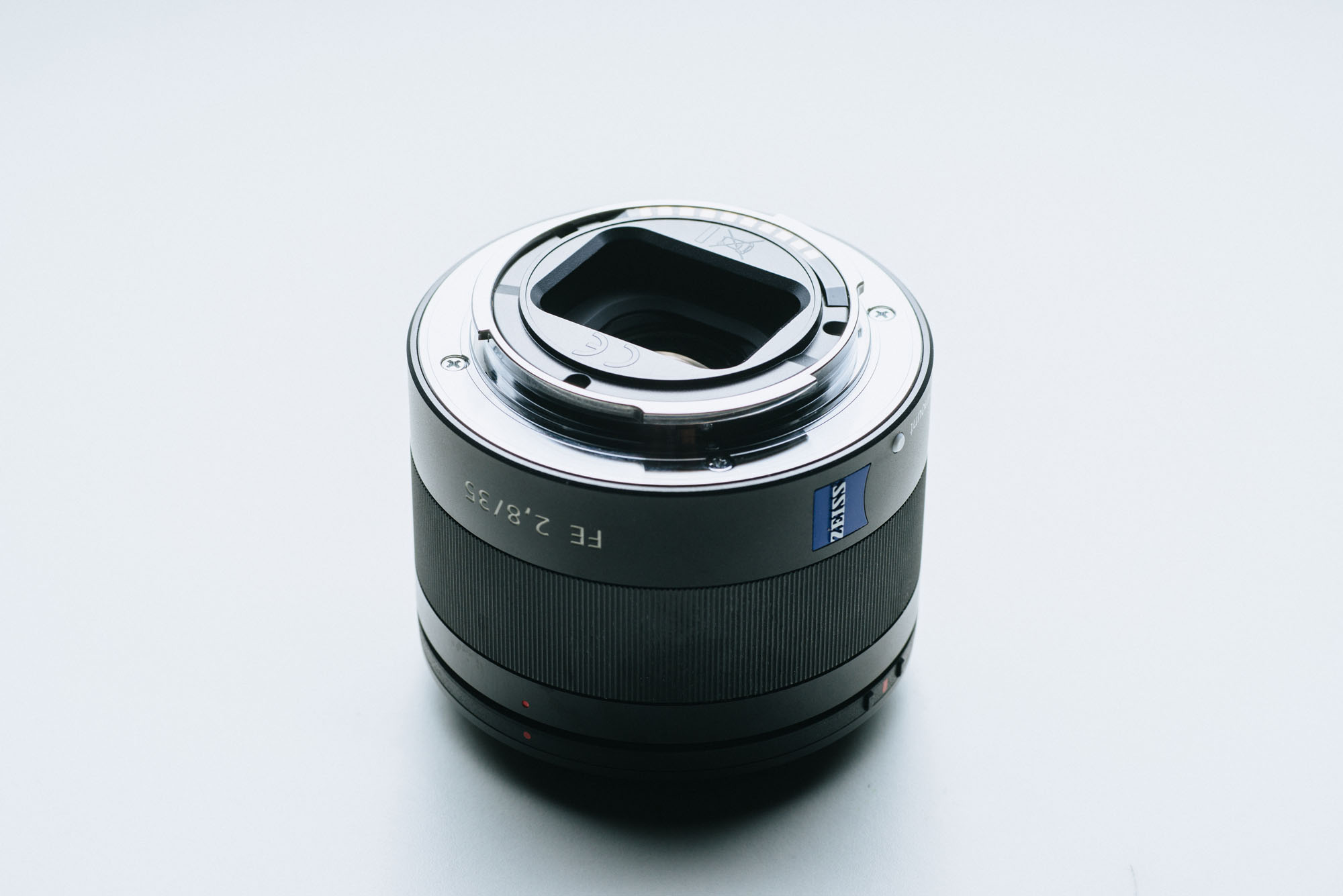 But this actually get me to think about Sony’s strategy, why is there a lack of compact size lenses to match the small a7 bodies? I’m sure Sony can make some small, good quality maybe slightly slower lenses like the Sony Zeiss 35mm f/2.8. But they seem to be more interested in making the larger and faster lenses. So maybe making these compact consumer friendly lenses are not their highest priority?

But then when i have a look at all the a7 series cameras, while they all pack some really impressive features and can output high quality photos and even videos, the smallish grip, small battery, minimal number of button/controls on the camera and some of the missing key features are all suggesting the A7 series is really designed for consumer users, not professional photographers.

While I won’t call the FE lens lineup completely designed for professionals, they don’t exactly match the a7 series camera body either. 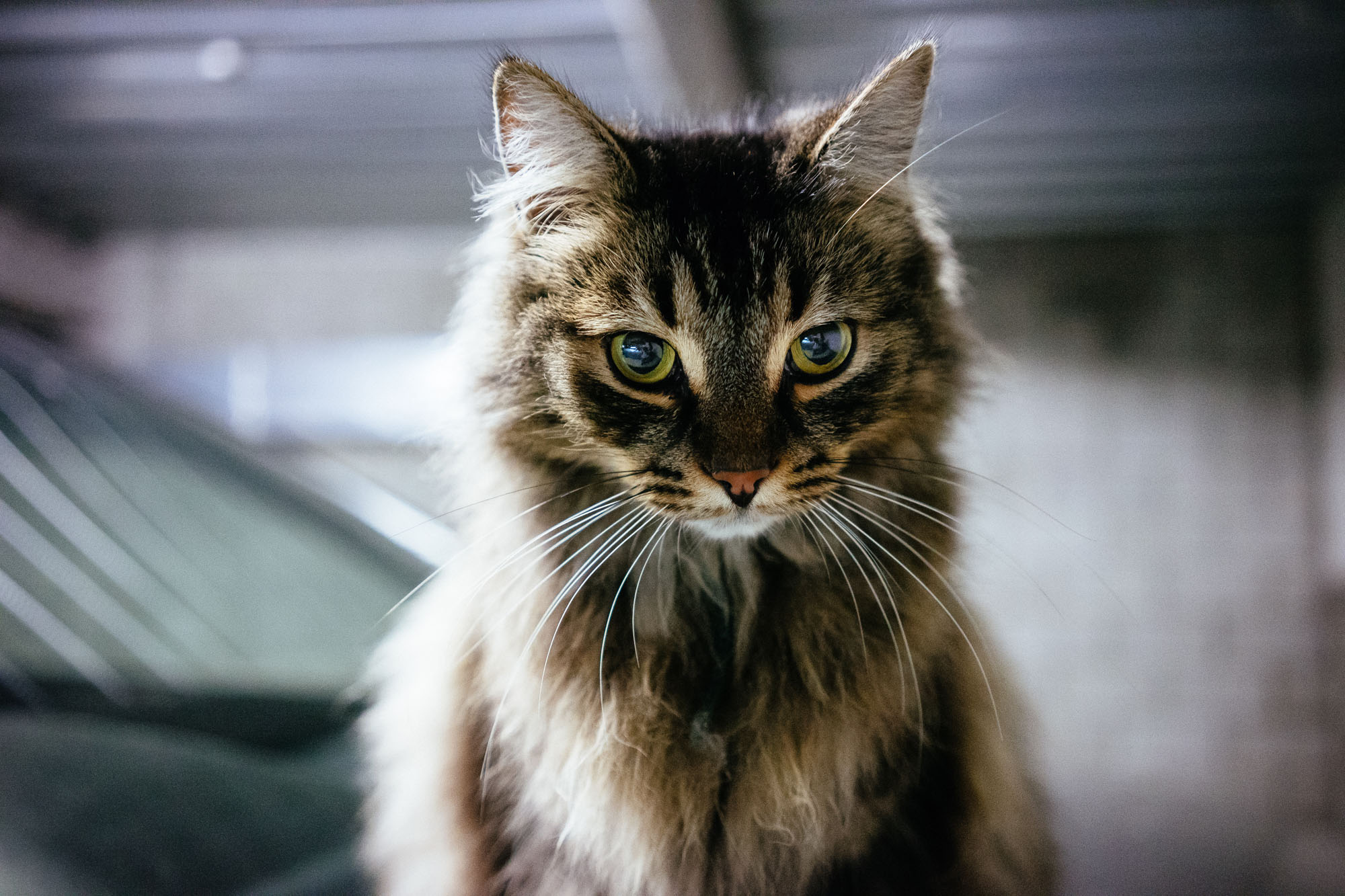 As the FE mount lens lineup become more and more complete, I won’t be surprised if in the very near future Sony would abandon their DSLR lineup completely and move all their resources to the FE mount and release a FE mount camera for professional users directly competing with the flagship Nikons and Canons. This camera doesn’t have to be as big as a D4 or 1Dx, but it definitely need to have a much better ergonomic design, a bigger and deeper grip to support the bigger lenses, bigger battery and more direct buttons/controls that are required by the professional photographers.

As purchasing Minolta many years ago didn’t help Sony to win any significant share of the professional camera market, I am almost certain this is what Sony had on their mind when they created the a7 series.

Now with the a7 series cameras being a lot more successful than their DSLR/DSLT models, I think it’s just a matter of time before Sony would launch another attack to obtain some of the professional camera market which has been dominated by Nikon and Canon for so many years.

I’m waiting to see if this would wake up the two sleeping giants. 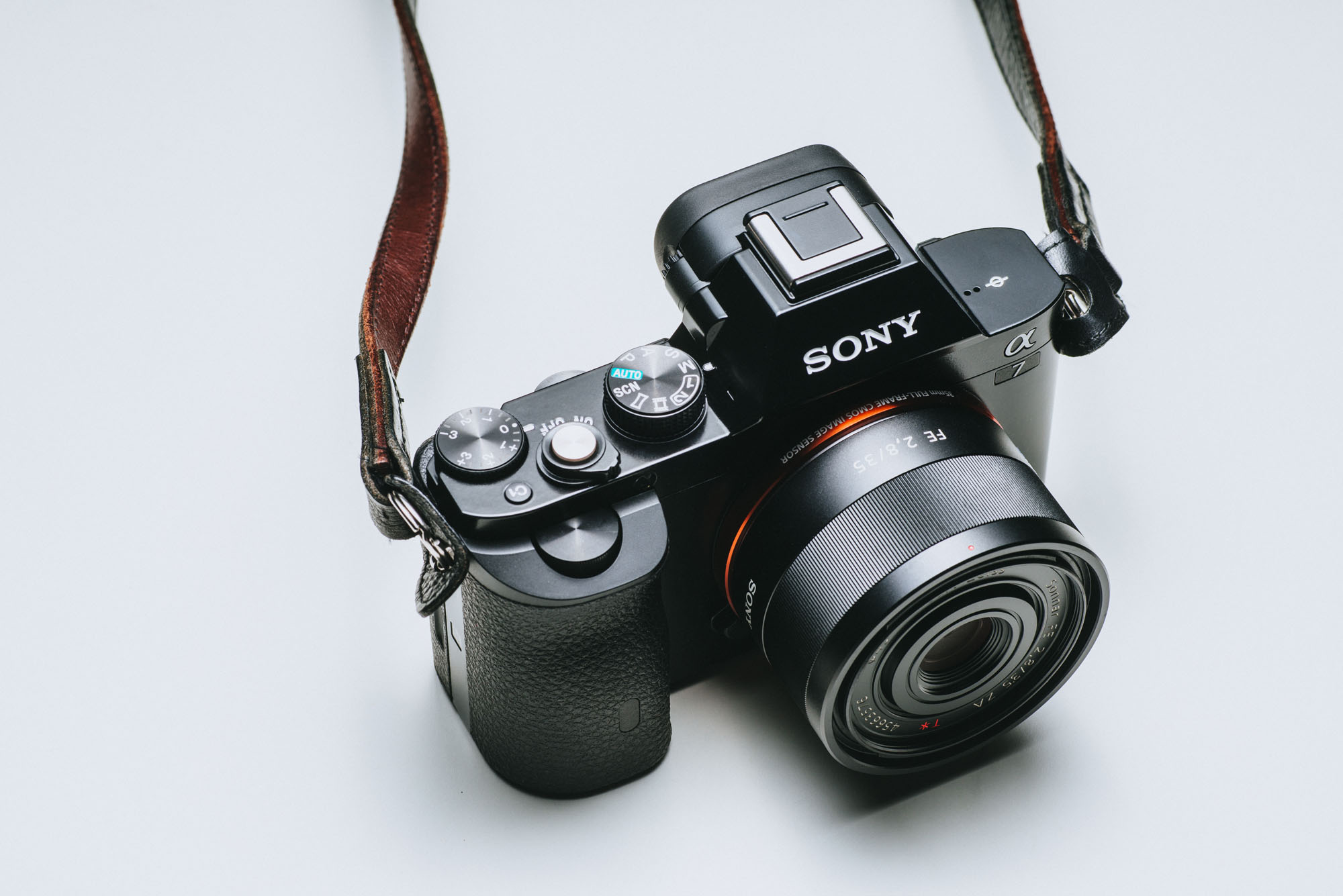 Richard is also a contributing writer for a few photography magazines. 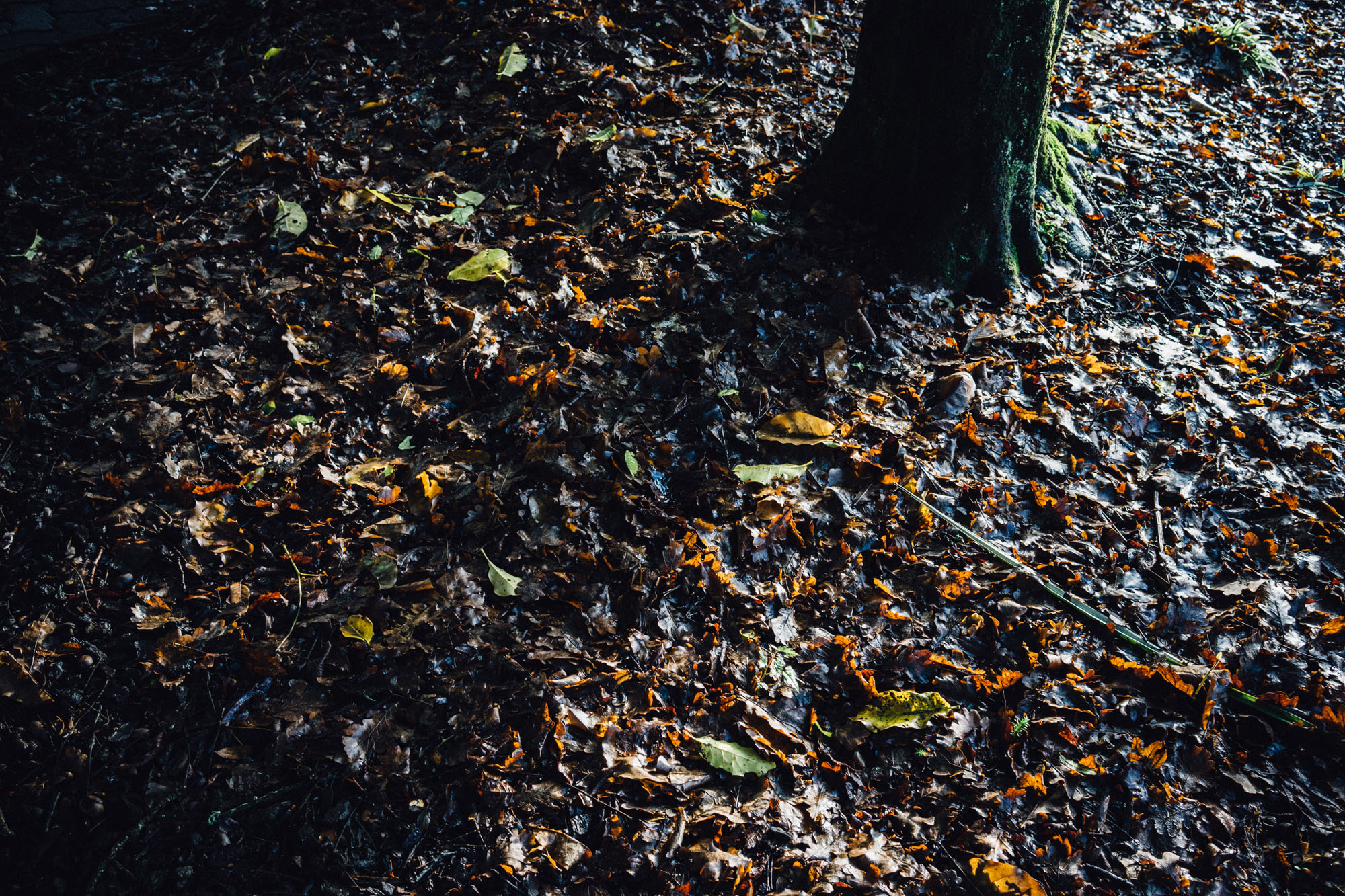 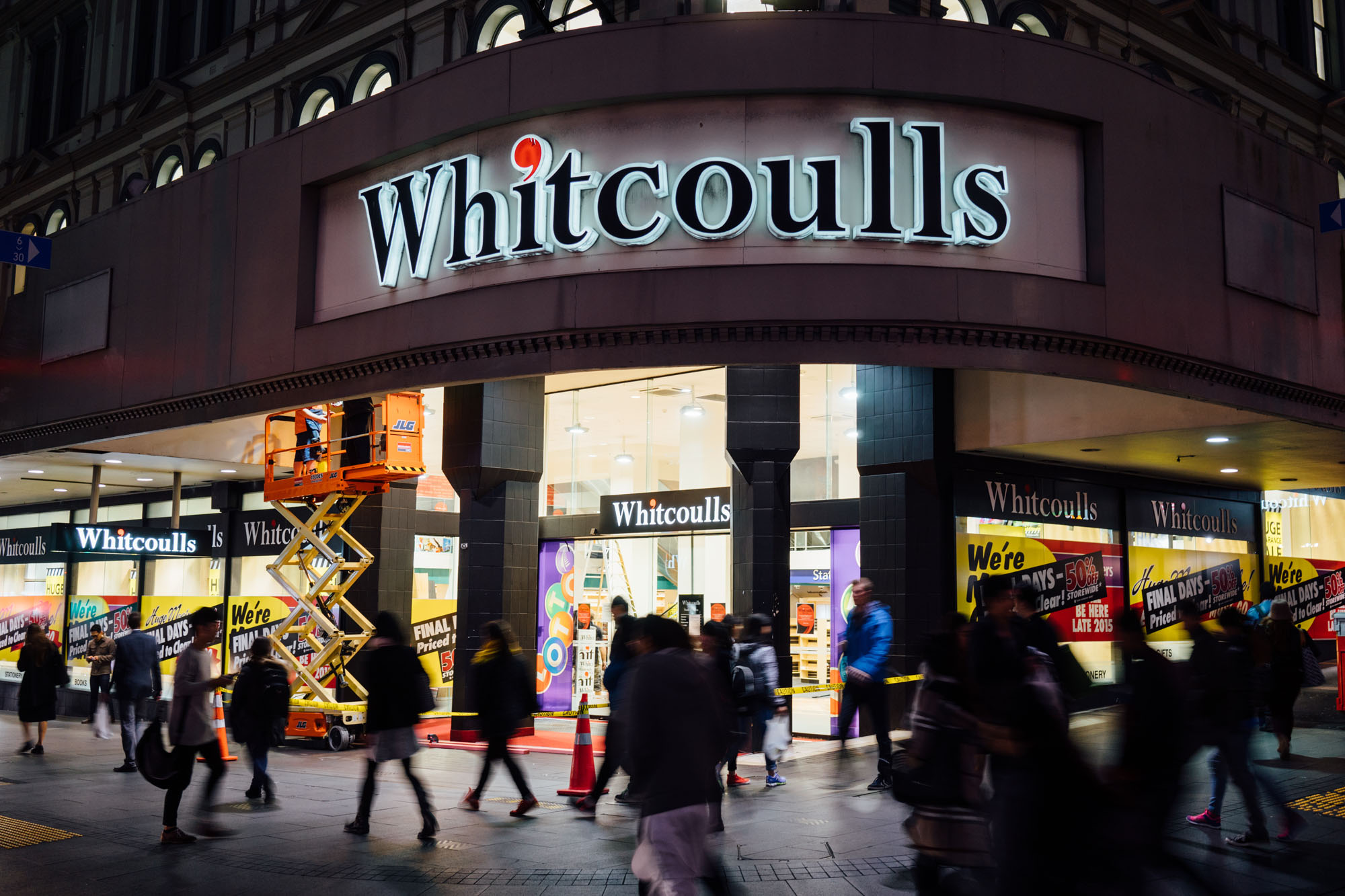 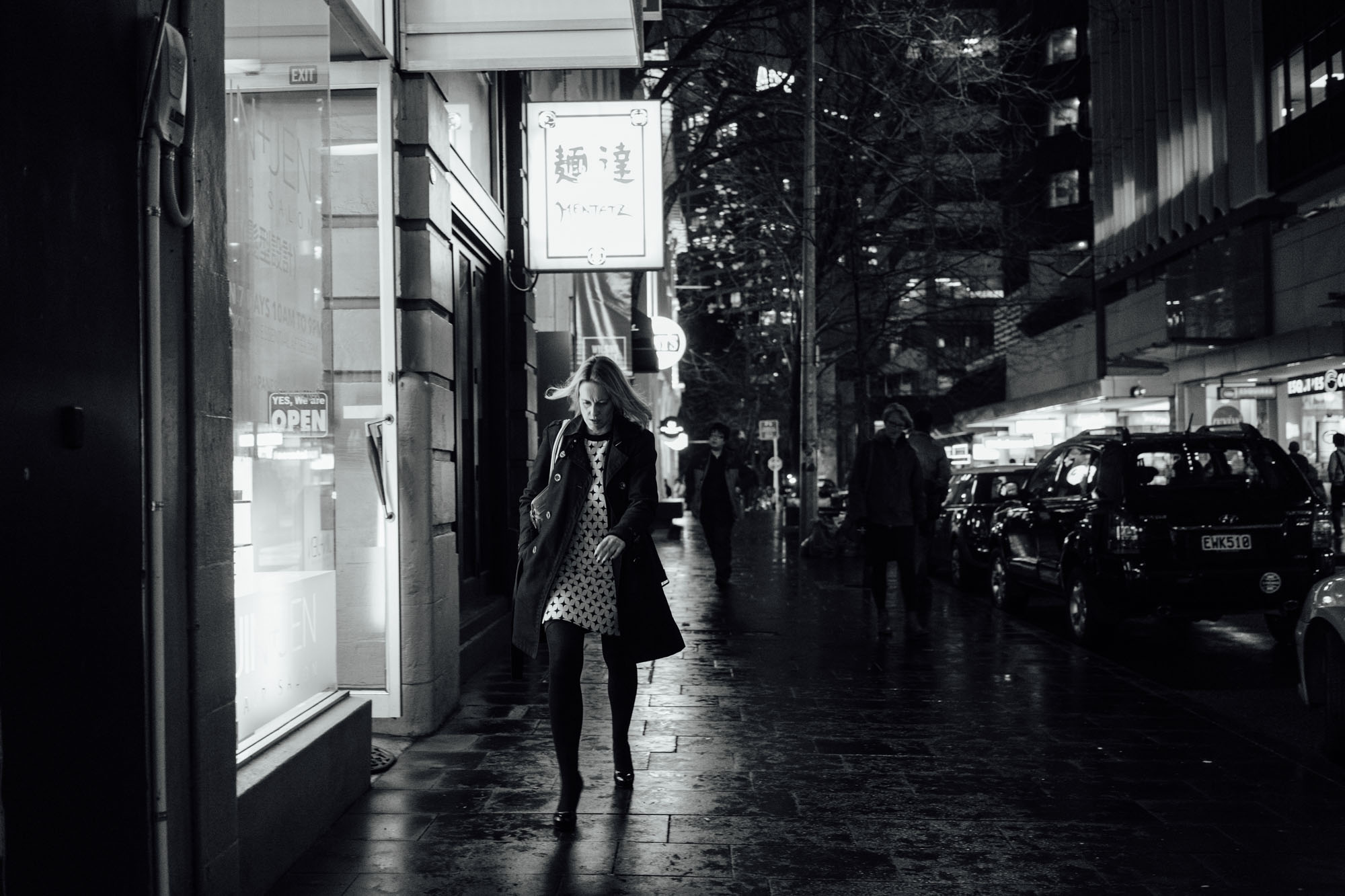 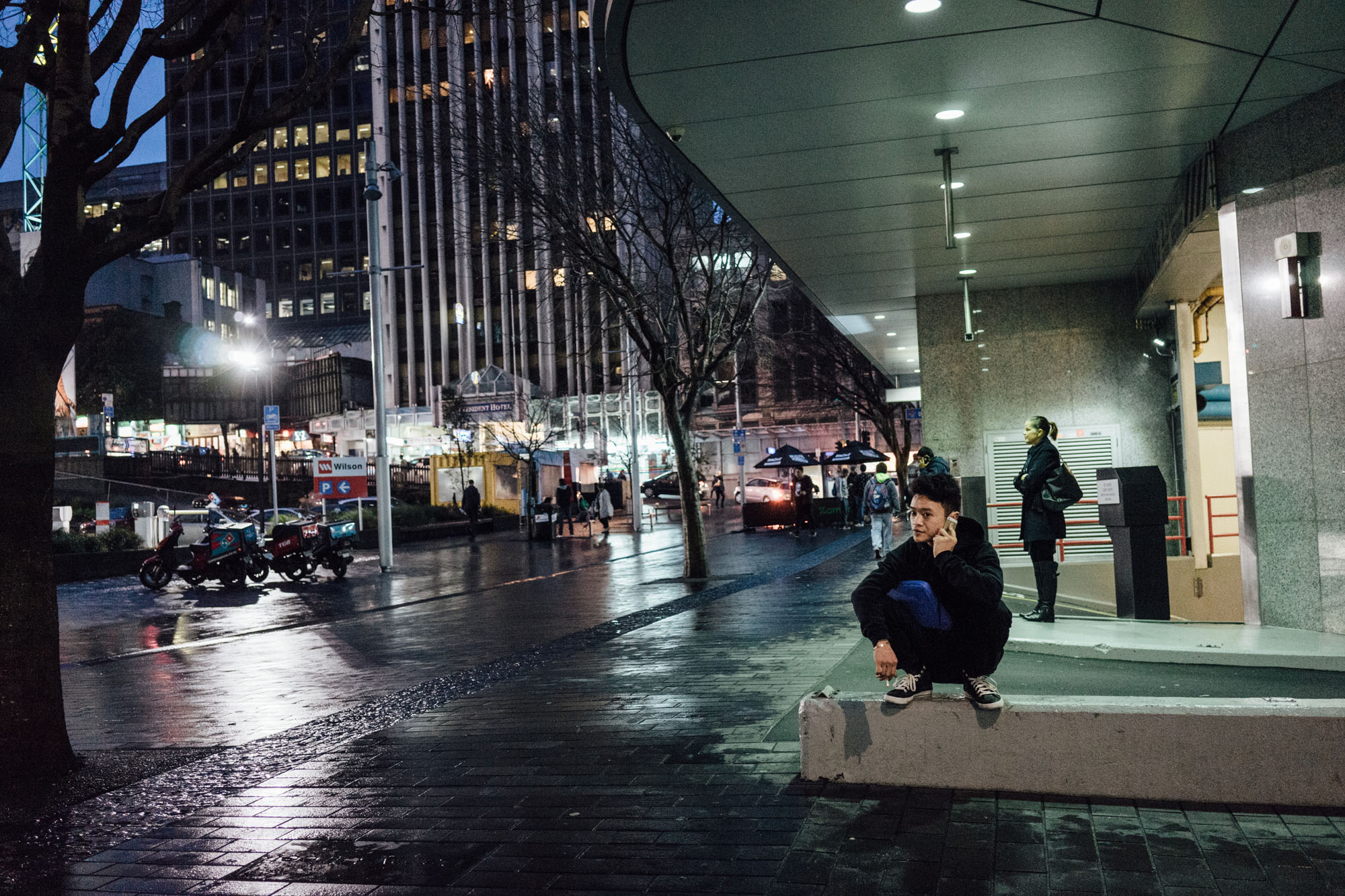 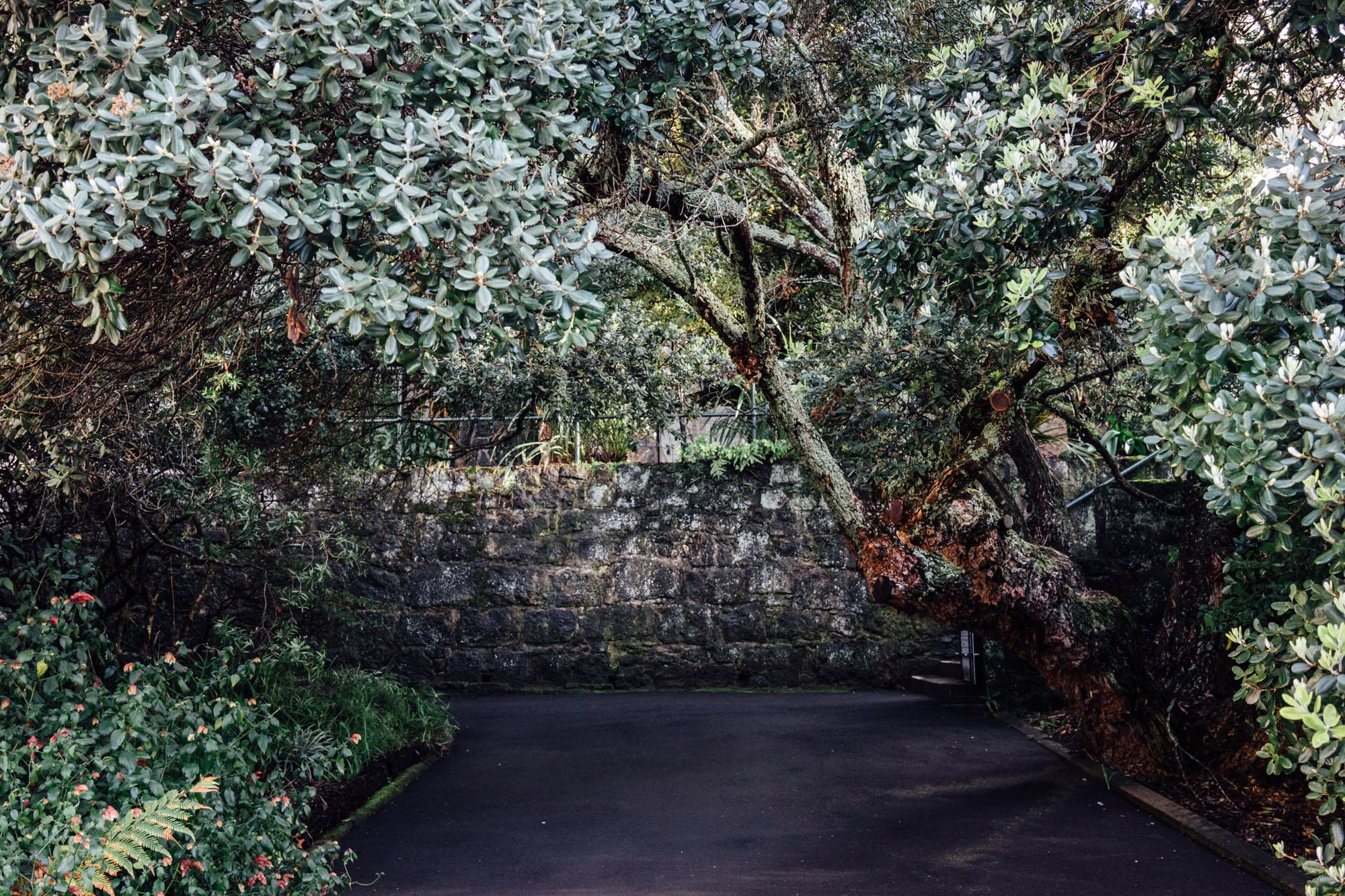 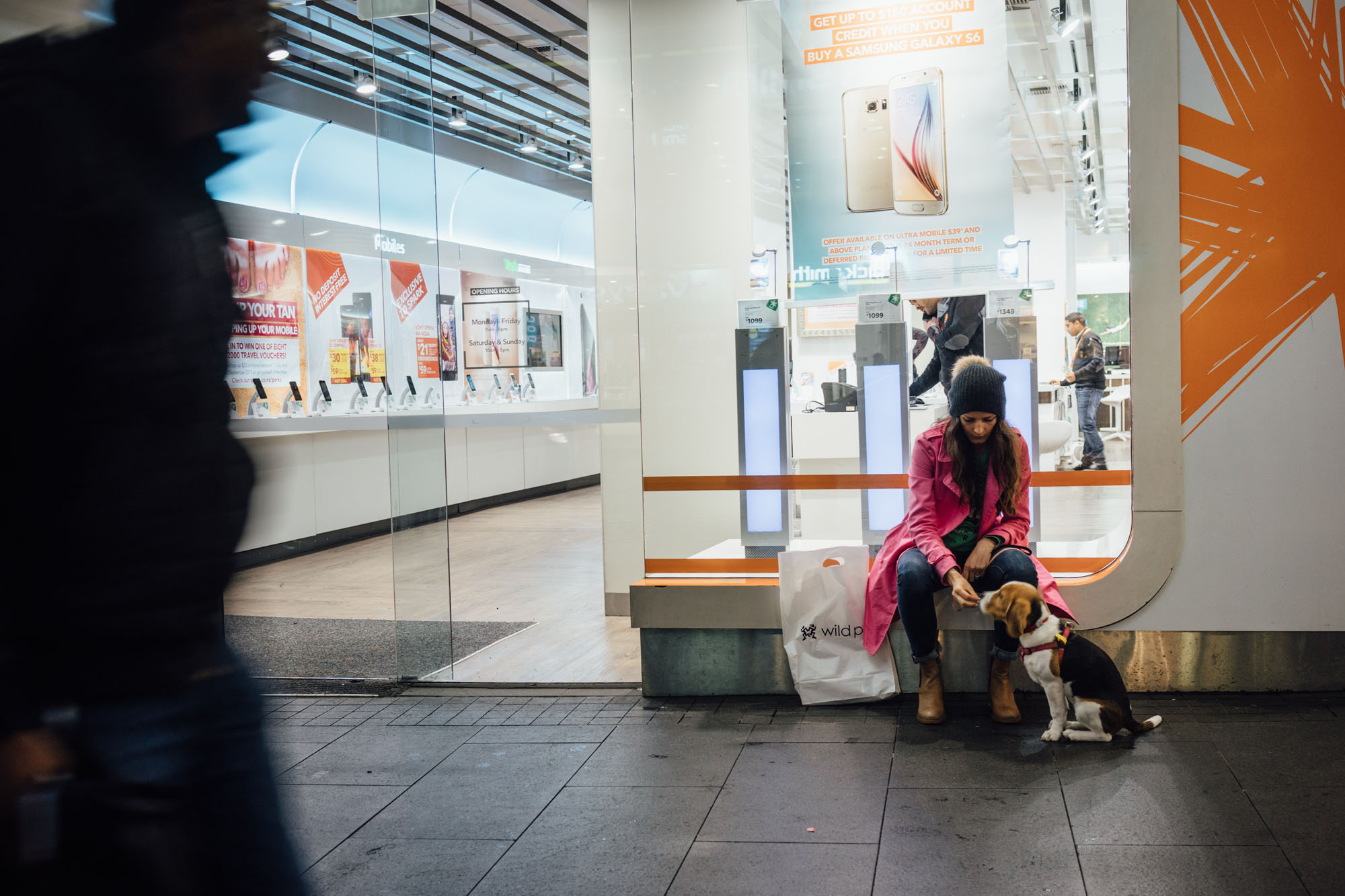 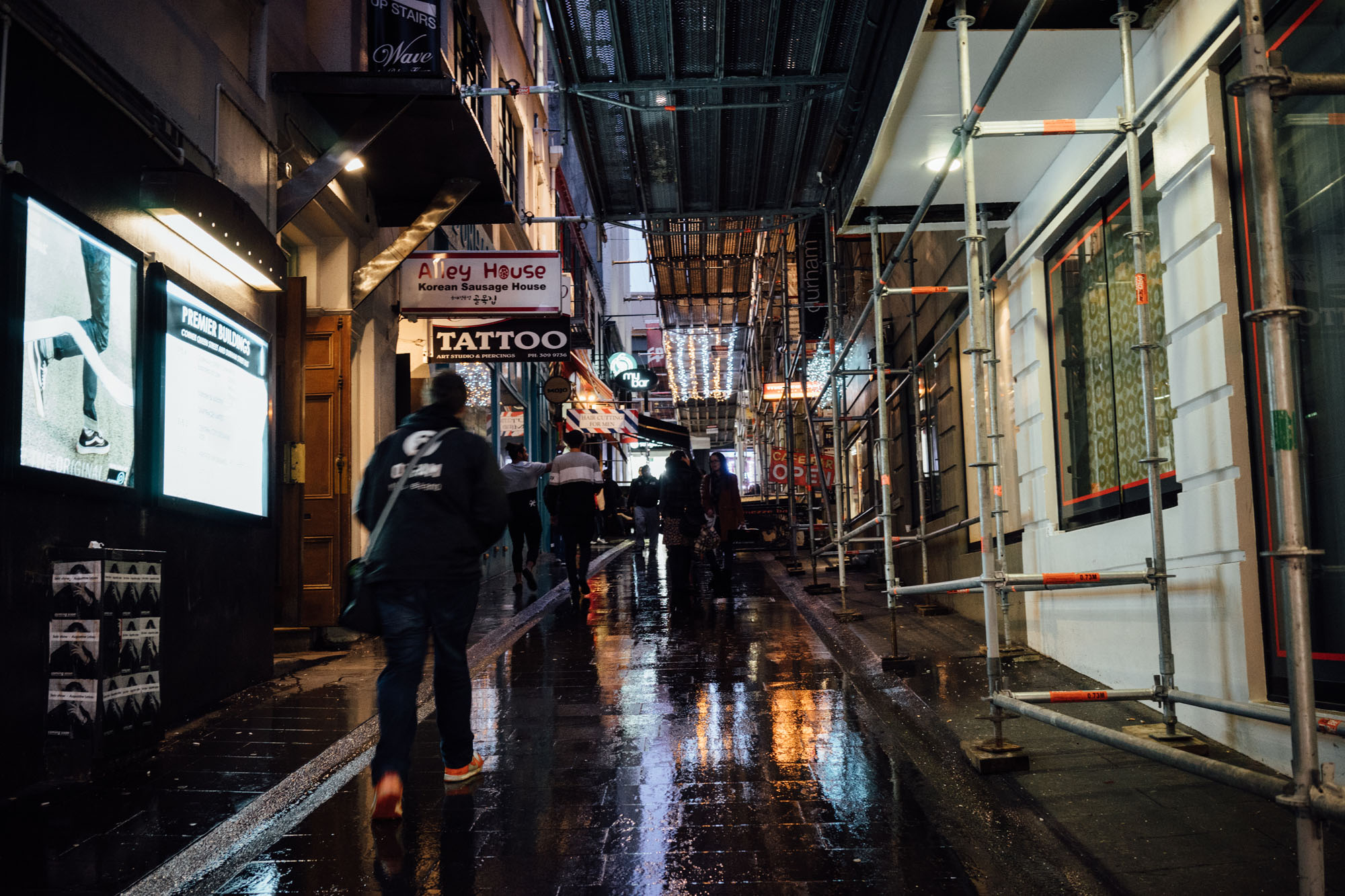 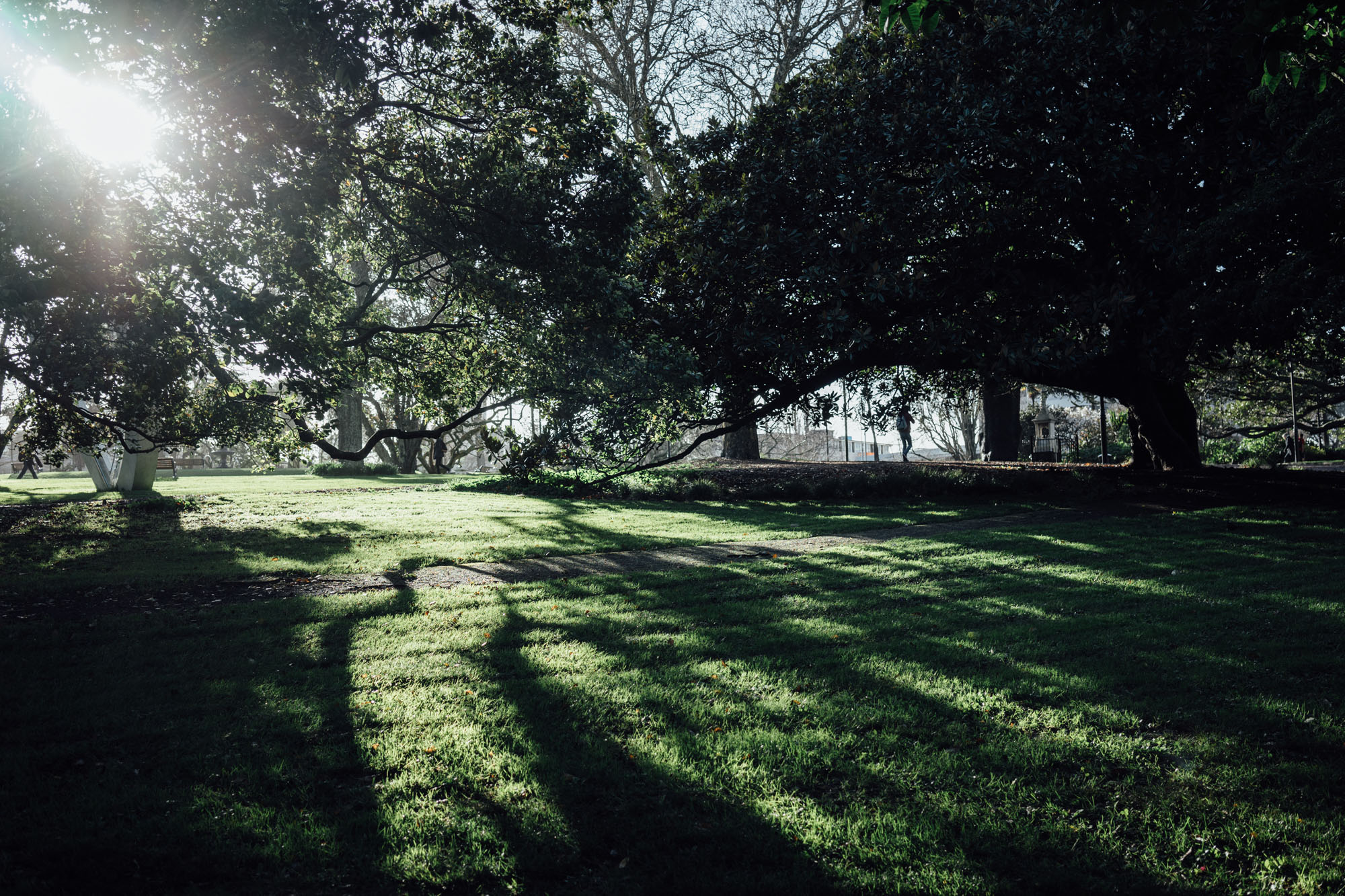 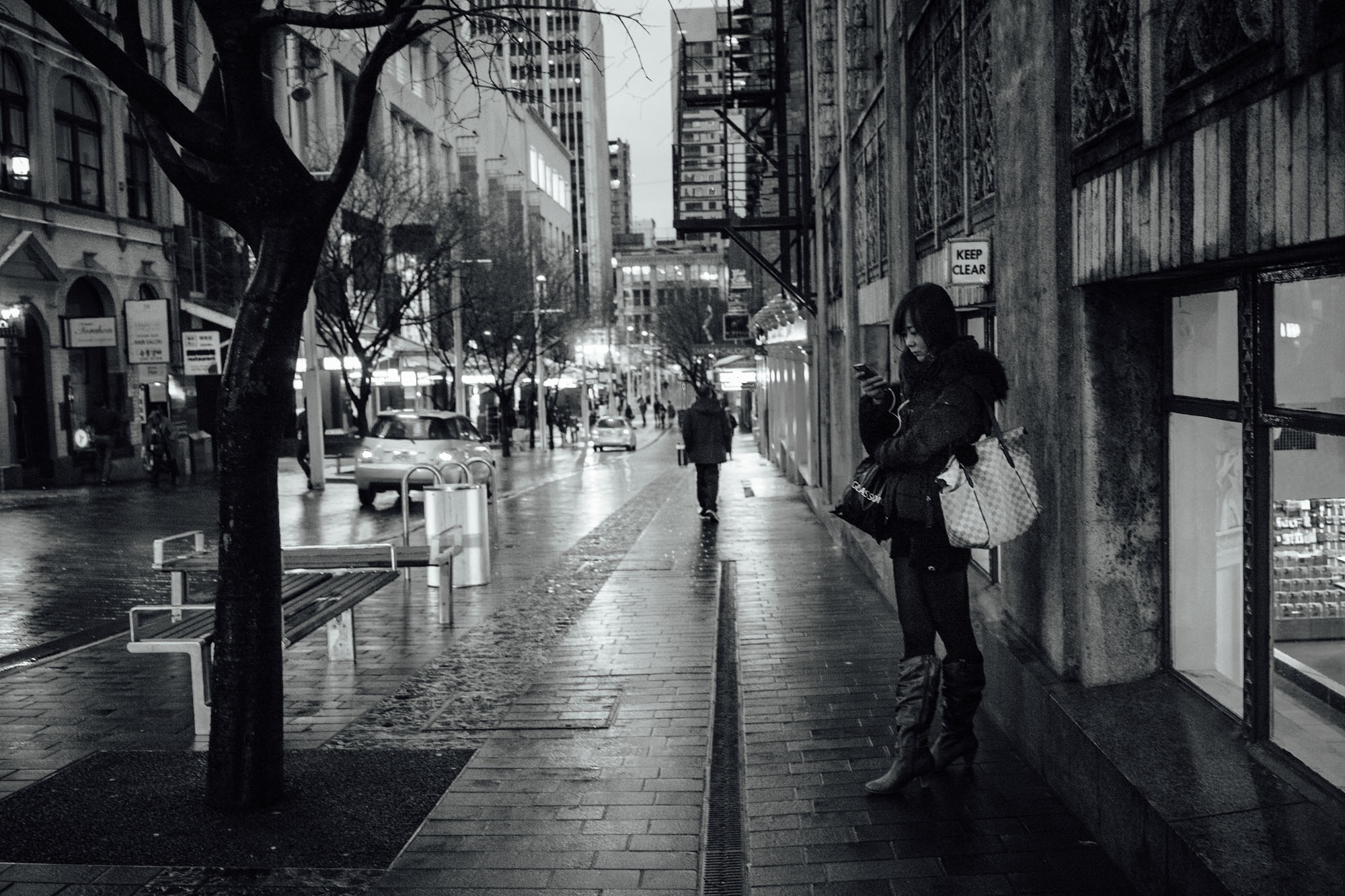 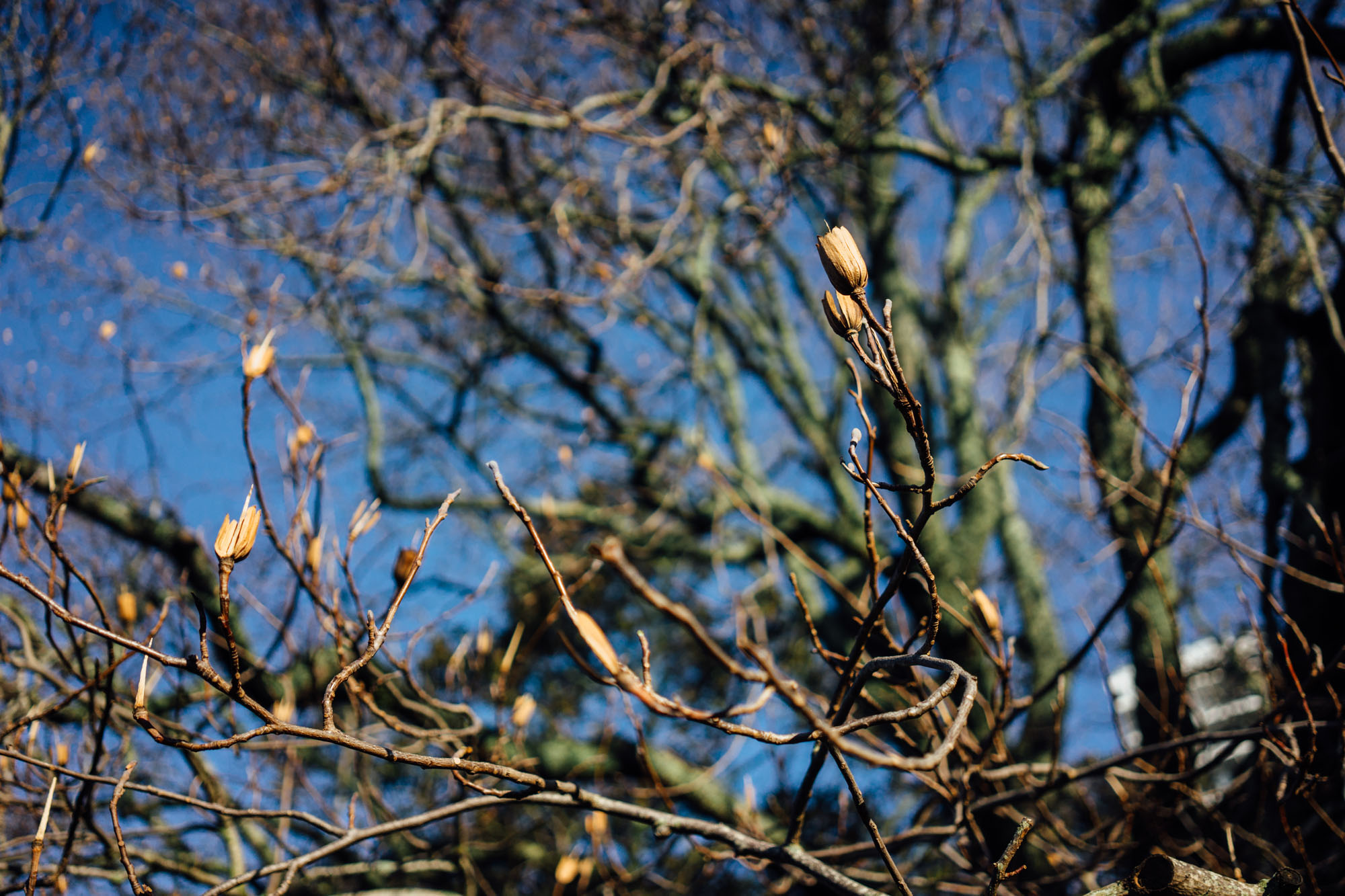 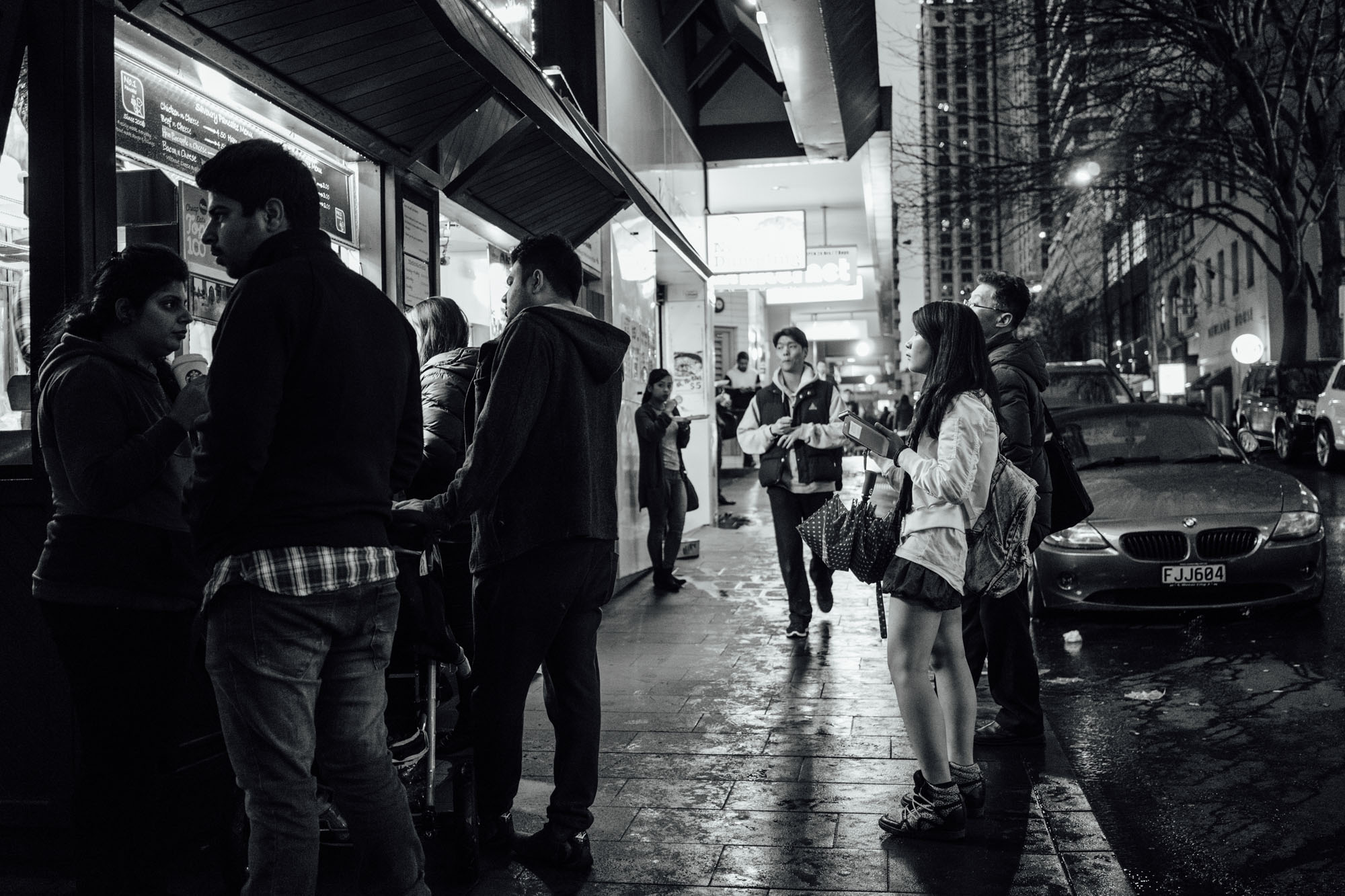