I had a chance to have a quick play of a pre-production Leica 8-18mm lens few months ago and I was really impressed by how sharp the lens is. As the lens wasn’t officially announced back then, I couldn’t share any photo or say anything about it. But now, the lens is officially announced and I’ve recently borrowed a production sample from Panasonic to formally test out this latest ultra wide angle zoom lens. 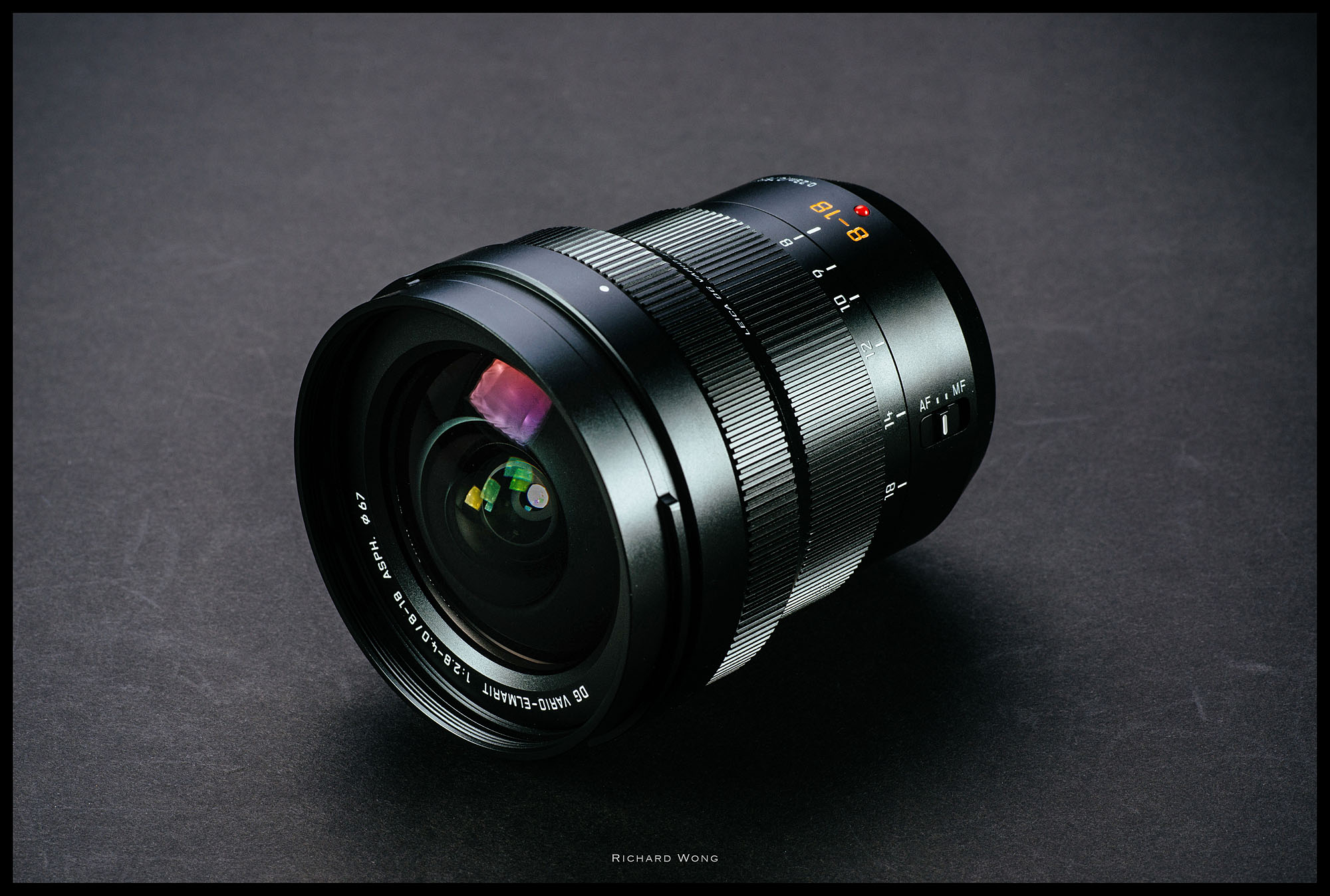 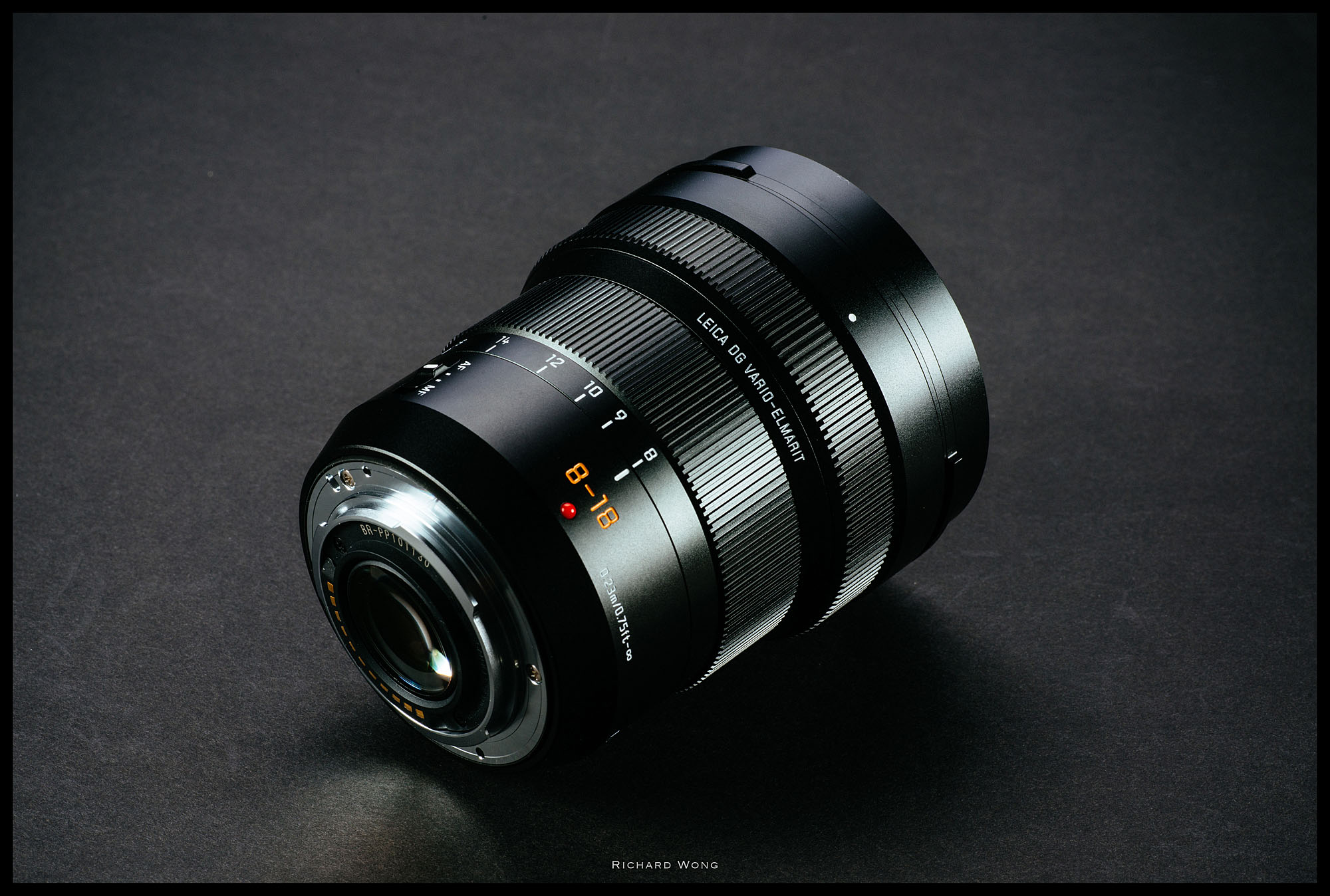 At 315g and 88mm tall, the Leica 8-18mm lens consists of 15 lens elements, which include one aspherical ED element, three aspherical elements, two extra-low dispersion elements, and one ultra high-refractive index element. It is not a small or light lens in micro four thirds standard. While it feels perfectly balanced on a GH5, it feels a bit front heavy when I mount it on the smaller GX7. The lens has a seven rounded blade diaphragm and it has a rugged, weatherproof design. The lens also comes with a well designed reversible lens hood.

If you have read my GH5 Queenstown tour launch event article, you would  probably remember that Panasonic got us on a jet boat ride with the GH5 and the weatherproofed Panasonic Leica 12-60 right at the beginning of the multi day trip. Pretty much everyone’s camera and lens were soaking wet after the ride but all our cameras survived the water test. That showed us how confidence Panasonic is with their weatherproof camera and lens.

Unfortunately I didn’t get a chance to go to Queenstown again and get on a jetboat this time. But I did went out to take photos one of the evening without checking the weather forecast first. Murphy’s law strikes and I end up spending an hour or so walking under rain with the GH5 and the Leica 8-18 lens. As you can imagine, the camera and lens was completely wet AGAIN this time. But apart from me having to keep cleaning water drops from the front element and didn’t manage to take many nice photos, everything works great even after the one hour walk under the rain. The lens and the GH5 once again passed the weather test hooray! But if you are looking at buying a new lens and make your camera an all-weather warrior, I have to remind you that not every micro four thirds camera is weatherproofed, in fact most of them are not. 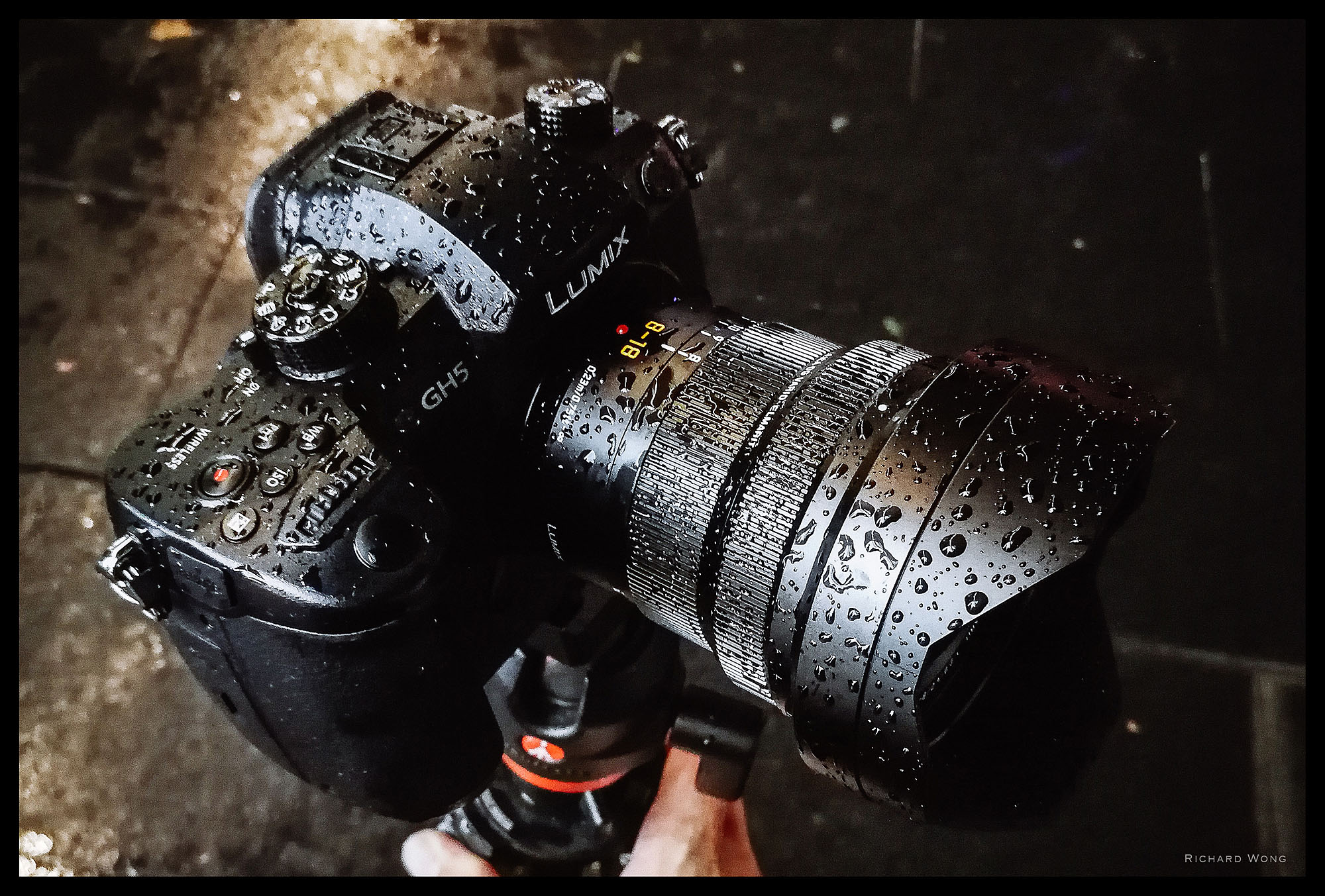 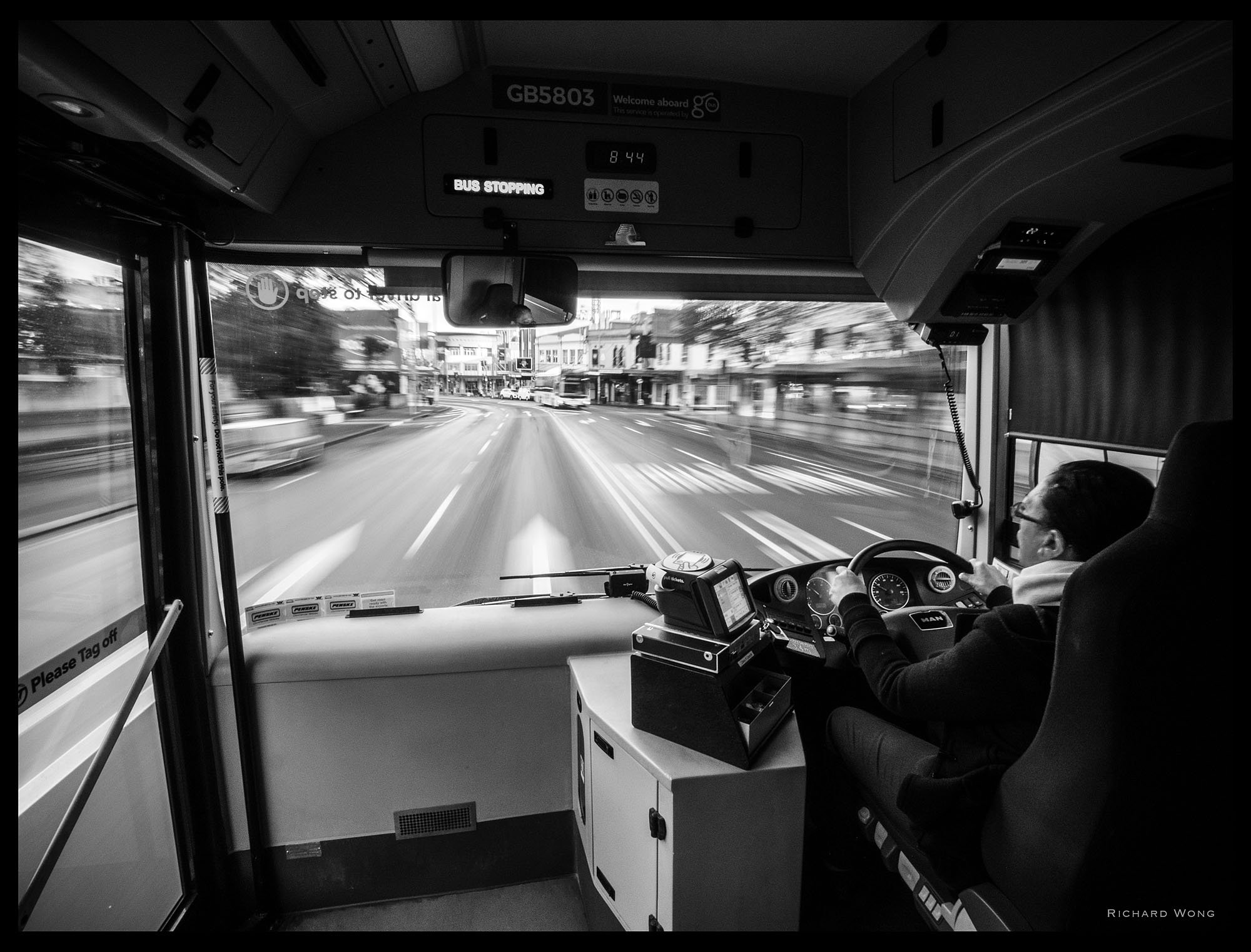 The lens is freeze-proof down to -10°C. And no, I didn’t put it into my freezer to test it.

The build quality of the Leica 8-18 is very good. It feels a lot more solid and less plastic when compare to the Panasonic 7-14mm f/4 lens.  There is a focus ring, zoom ring and the AF/MF switch on the lens, no aperture ring or other switches.

For landscape photographers, one really great thing about the Leica 8-18 is that it has a 67mm filter thread.  This is the first micro four thirds ultra wide angle zoom lens that has a front filter thread. Both the Panasonic 7-14mm and the Olympus 7-14 f/2.8 don’t have any filter thread so you can’t attach filters onto those lenses easily. Not being able to use any filter (easily) is certainly a big inconvenience or even deal breaker for a lot of landscape photographers. The Leica 8-18mm with it’s 67mm front filter thread makes it a much better choice for a lot of people. 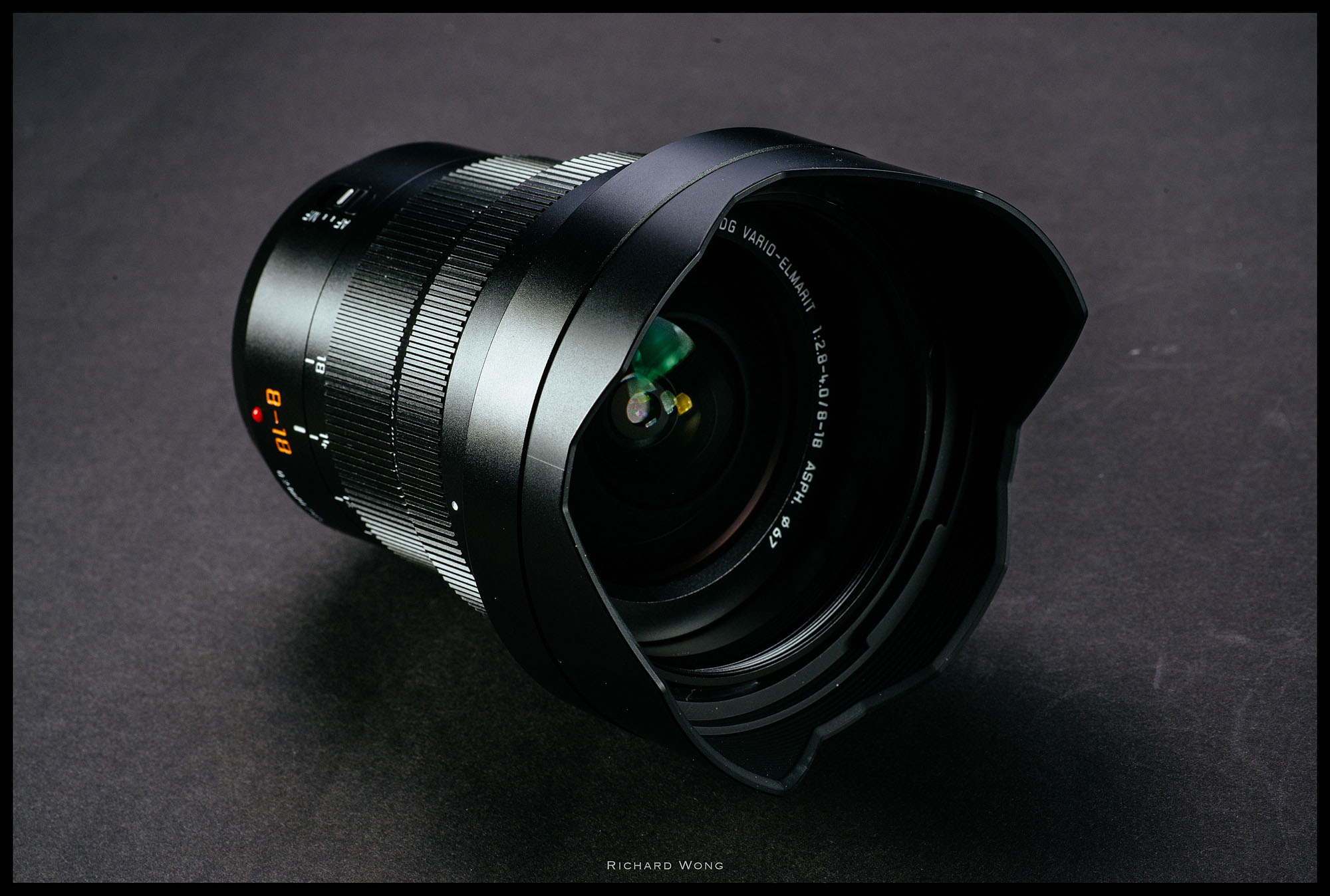 The Leica 8-18 has a nano coating to reduce lens flare and ghosting and the coating is very effective. The lens flare is really well controlled even when I was shooting under the most challenging lighting condition. While quite often you might see ghosting when you are composing the photo, the ghosting would not appear in the final photo. It is because micro four third cameras would sometimes stop down during the preview, and the stop down aperture blades would introduce ghosting. The ghosting would normally disappear in the photo captured as long as you are not shooting with a small aperture setting.

Sometimes you can also see a bit of purple colour tint in the shadow area that is caused by lens flare. Luckily this is usually quite minor. Overall, the flare resistance is very good, definitely a step up from the Panasonic 7-14mm f/4. 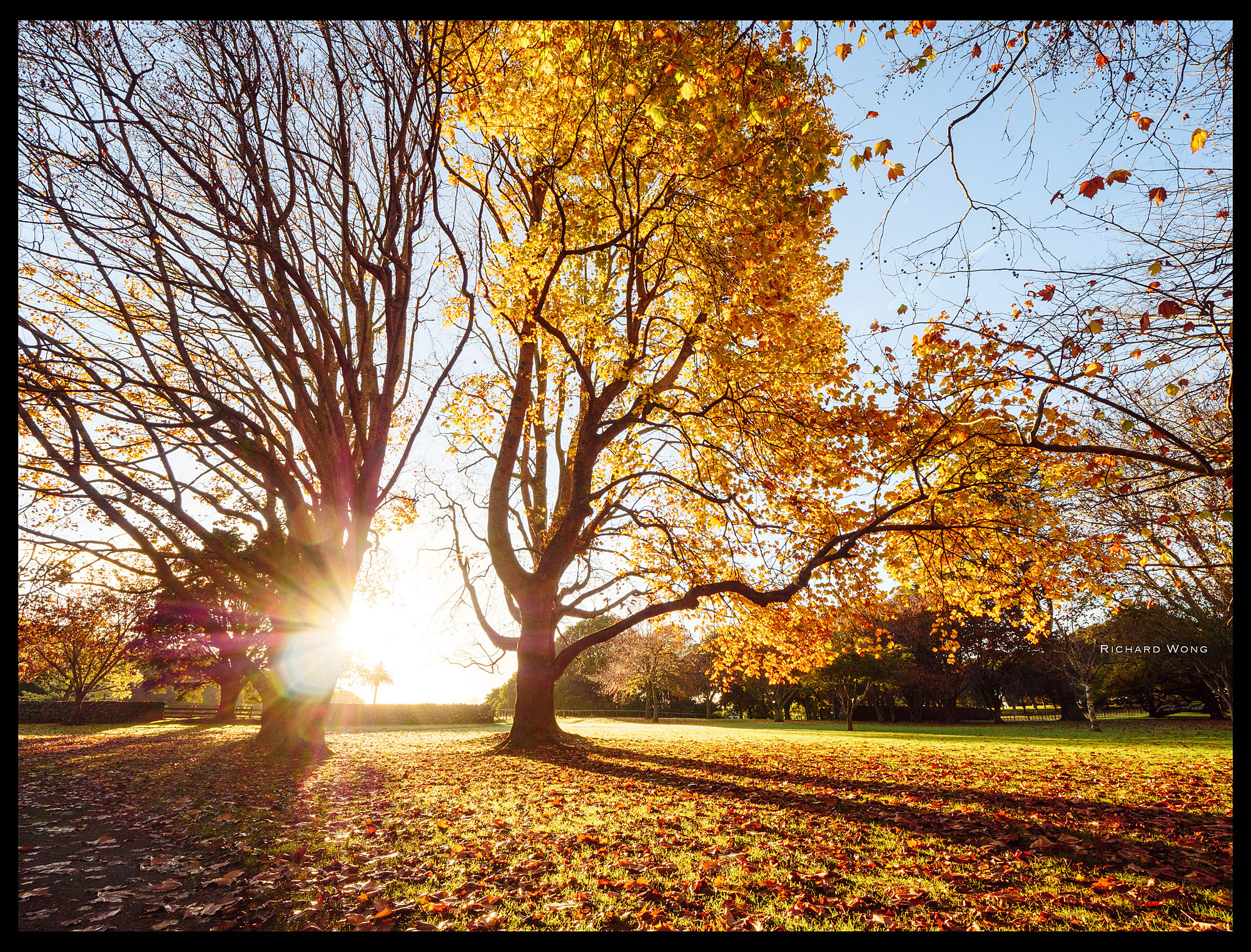 Geometric distortion is a bit obvious at the widest setting (8mm) and then the longest end (16mm) but acceptable for an ultra wide angle zoom lens. If you are shooting at around 10-12mm, then you won’t really notice any distortion at all. 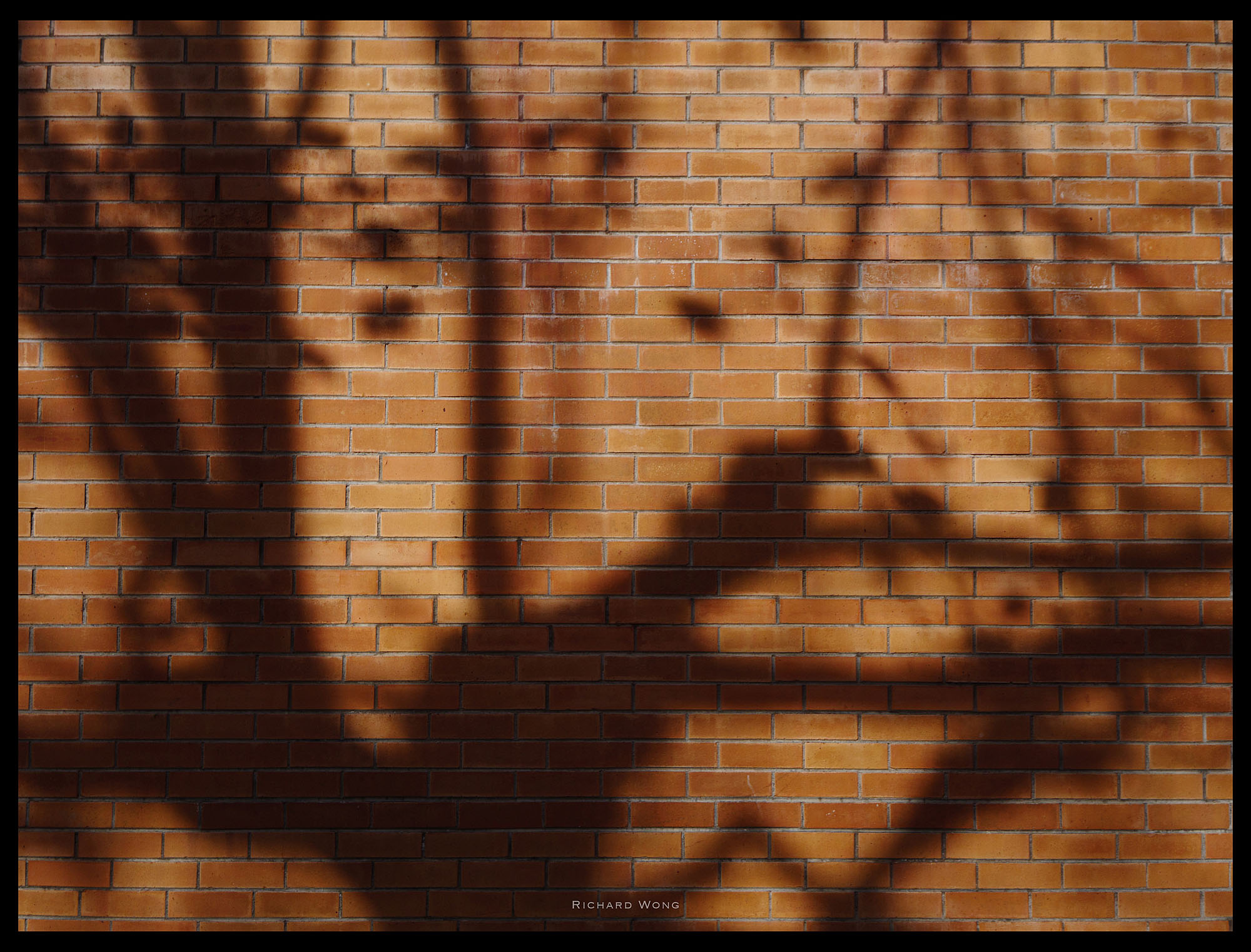 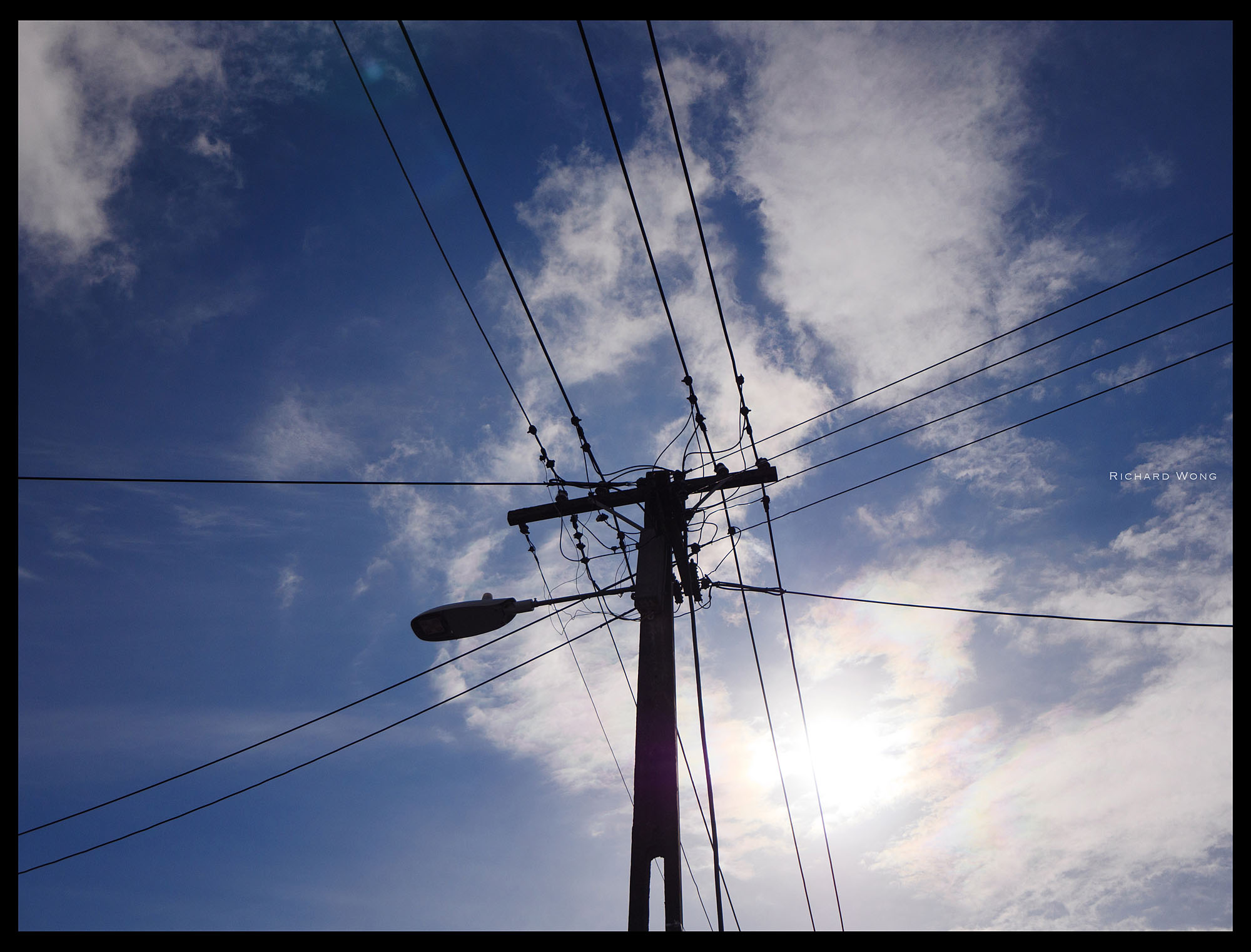 Chromatic aberration is extremely well controlled. I see virtually no colour fringing at all even when examining some really high contrast scenes.

As I said at the beginning of the review, I was really impressed by how sharp the Leica 8-18mm is when I played with a pre-preproduction sample a few months ago. So I want to test how good it really is and compare it with a Panasonic 7-14mm f/4 lens, which is also a very sharp lens.

First, let’s have a look at the centre sharpness. Below are 100% crops shot with a GH5. Both lenses were at their widest focal length, so it’s 8mm for the Leica and 7mm for the Panasonic. 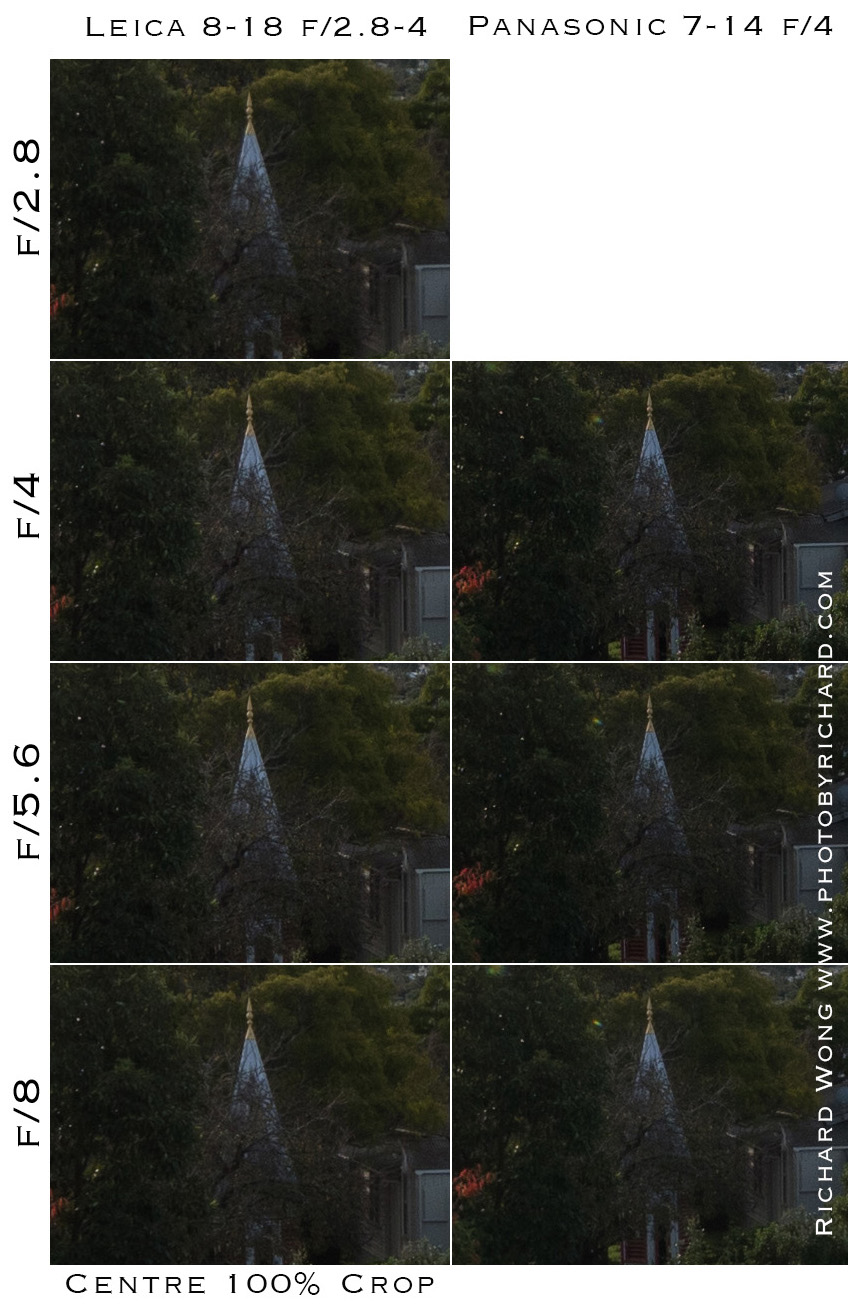 At f/2.8, sharpness is already pretty decent. Stop down to f/4 then it becomes even better. Stop down further improves the sharpness but only marginally as the lens is already really sharp at f/4.

Now if you compare the Leica to the Panasonic, at the same aperture, there is very little difference between the two. Compare some other photos shot at the same focal length, I would say the sharpness is pretty much the same between the two lenses, both are excellent.

Next let’s have a look at the corner sharpness. 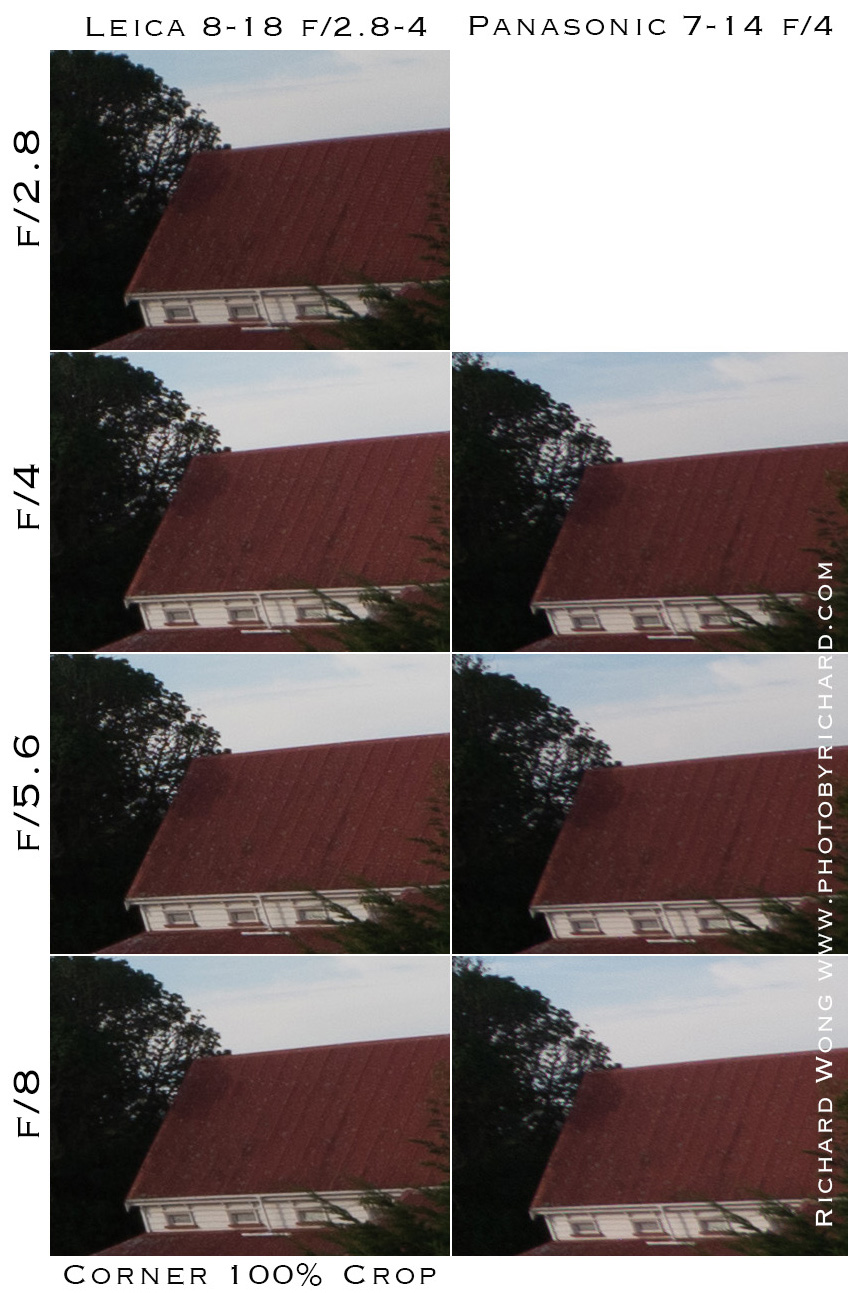 With the fast 240 fps autofocus drive, autofocus speed is very fast, and snap to target almost immediately when used with a GH5. Autofocus operation is really quiet and perfect for videographers.

But then after reading some ridiculously long handheld photo people manage to take with the Olympus EM1 Mark II and wide angle lens, I wonder what if the Leica 8-18 does have OIS and the result would be if used on the GH5 with it’s dual I.S. 2 system. Of course adding OIS means there would be tradeoffs such as increase in cost and size of the lens.

If you love to have starbursts in your photos, you need to stop down the lens quite a bit. At f/8, you can start to see some starburst but it isn’t that sharp. Stop down another stop or so and you start to get some beautiful starbursts. 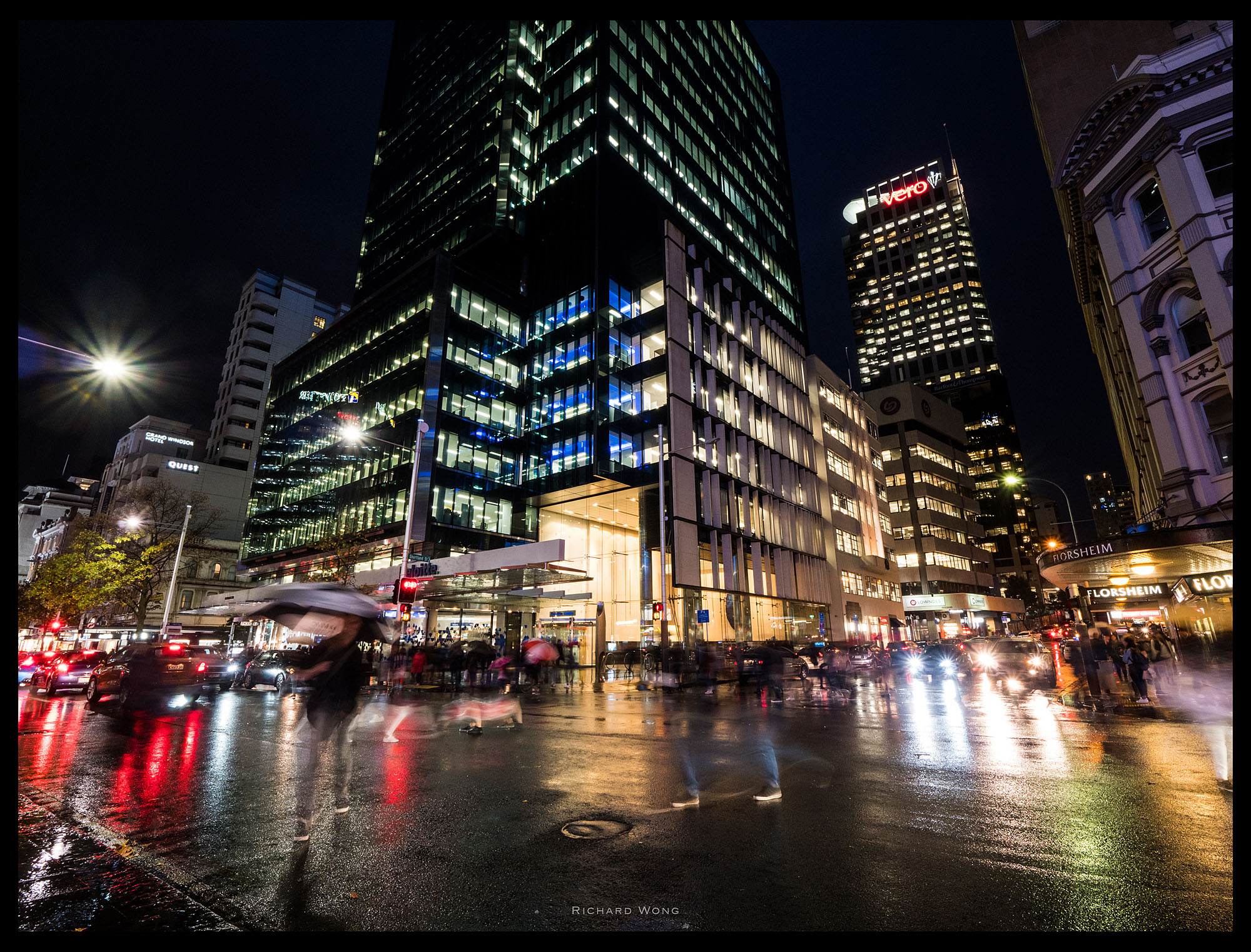 At first, I didn’t understand why Panasonic need to release a new Leica 8-18 lens that has very similar focal length to the Panasonic 7-14 f/4. It’s more expensive, bigger, heavier and not significantly faster. (f/2.8 is only available at wide end)

But after using it for a while, I started to understand the reasons behind it. The 8-18mm focal length (equivalent to 16-36mm) covers the ultra wide angle to the versatile 35mm focal length. This makes it a very good lens for both travel and every day usage.  The front filter thread and excellent corner sharpness together make it an excellent choice for landscape photographers as well. With the more solid construction and weather proof design, this is a lens that professional can trust when shooting under challenging conditions. 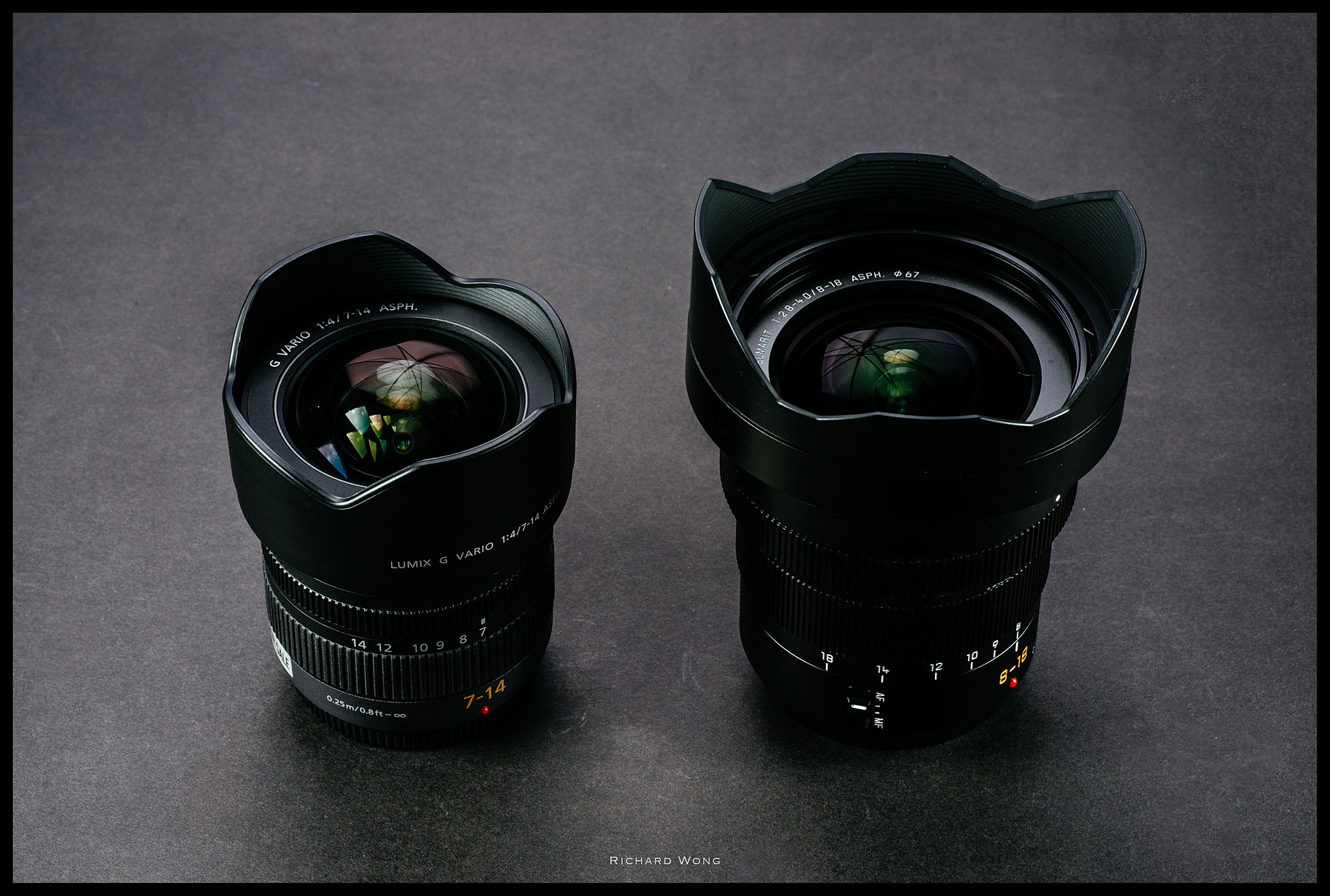 It’s $1700 NZD street price (at the time I write this review) and relatively large size might scary a lot of people away. If you are a casual user who shoots with one of the smaller / entry level micro four thirds camera, the Leica 8-18mm would be a lot more expensive than your camera, the handling would be very unbalanced, not to mention the lens would make the camera a lot bigger and heavier. It doesn’t really make too much sense to buy a Leica 8-18 for your GF7.

But if you are a professional or serious amateur photographers, videographers and already using the latest high end camera like the GH5 or Olympus EM1 Mk2, and you want an ultra wide angle lens that can deliver high quality results and allow you to shoot under challenging weather conditions, the Leica DG VARIO-ELMARIT 8-18mm f/2.8-4.0 ASPH is probably the best choice for you. 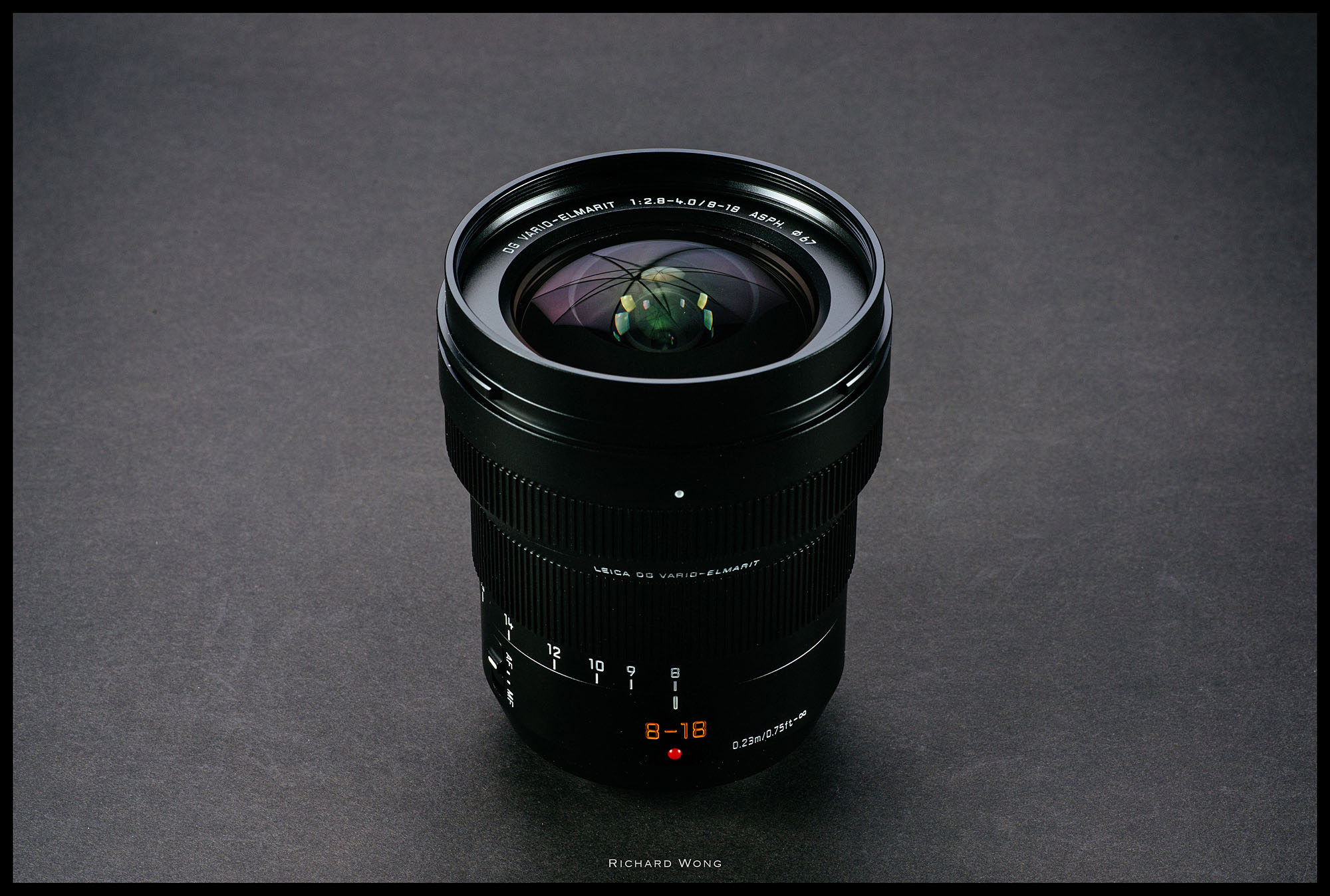 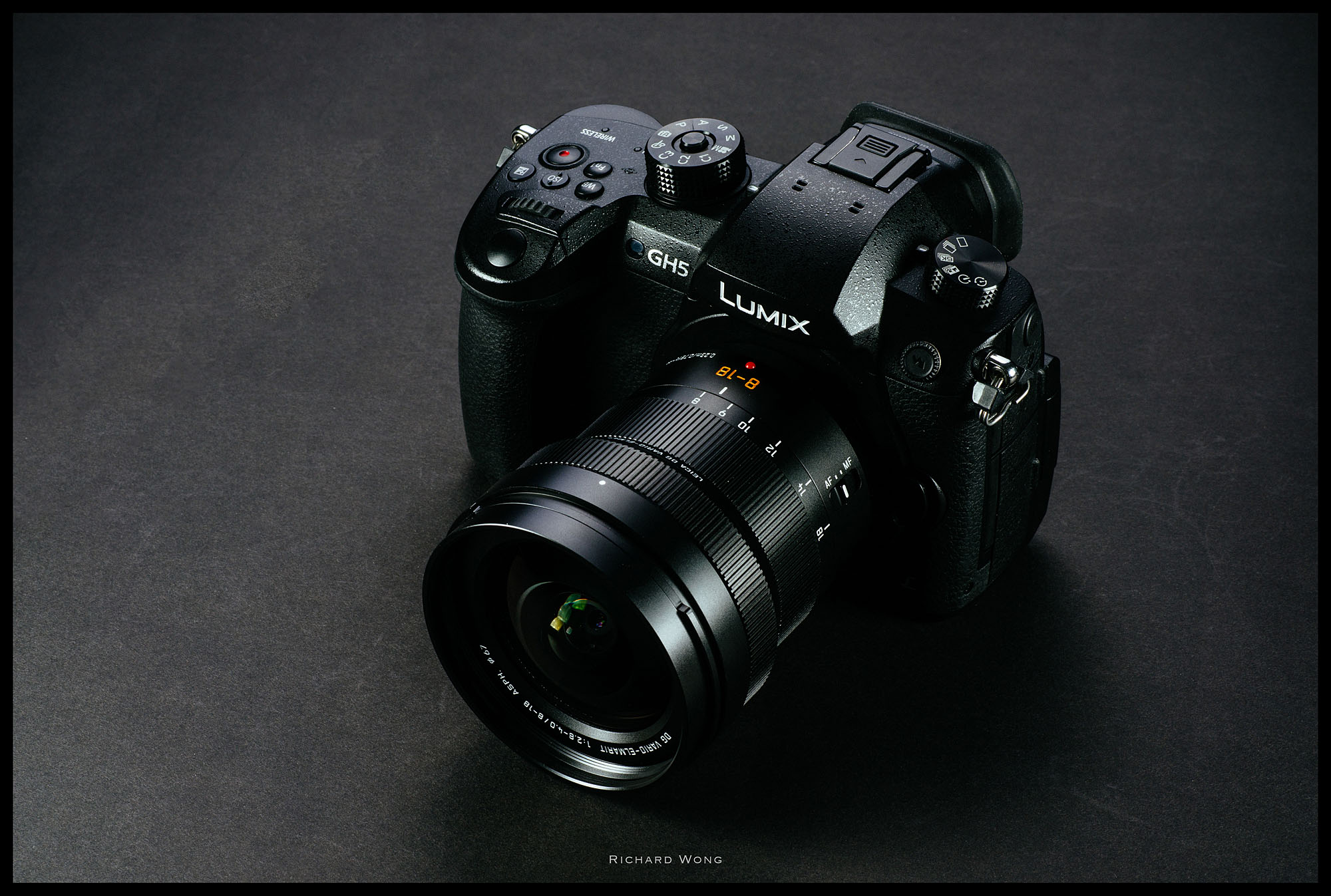 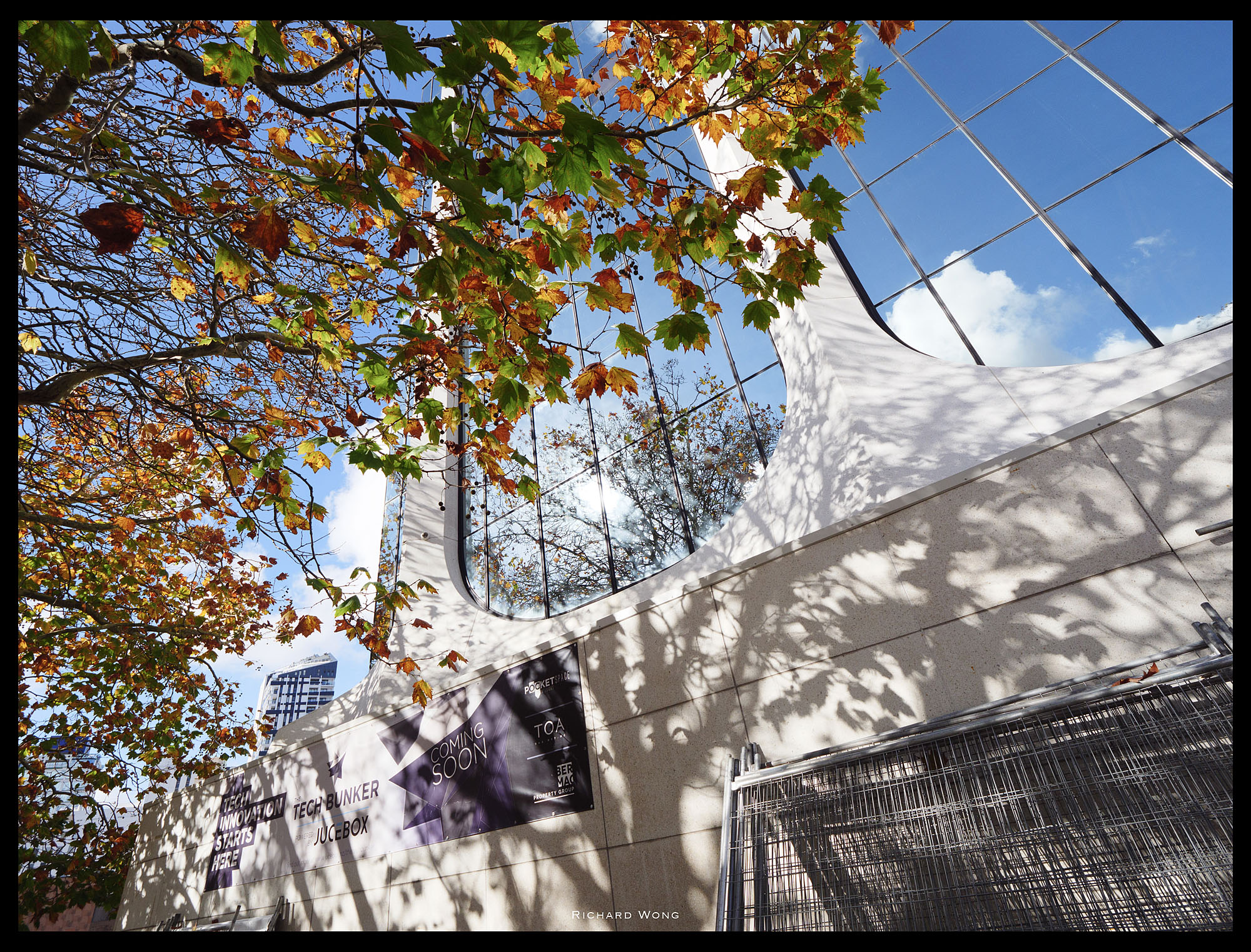 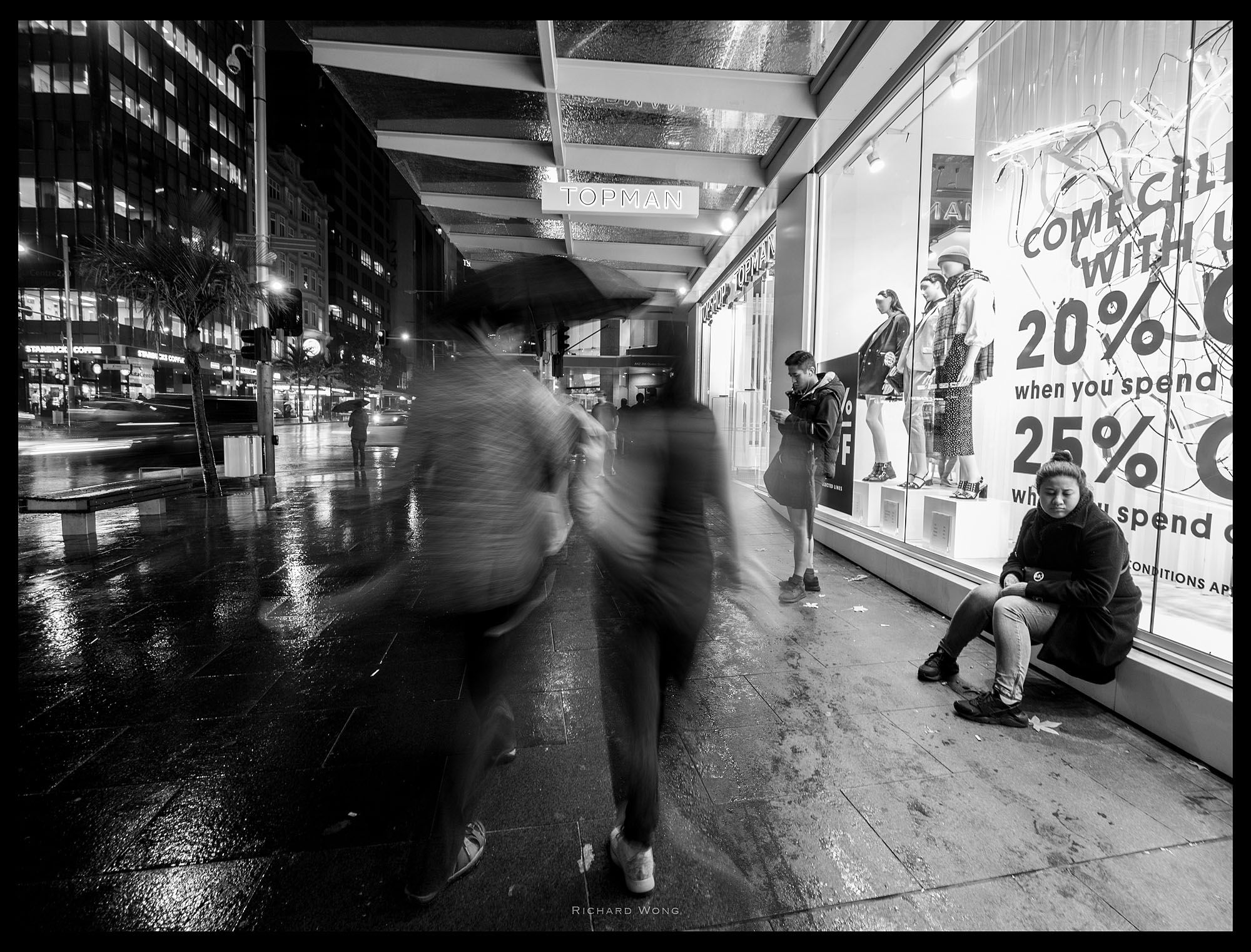 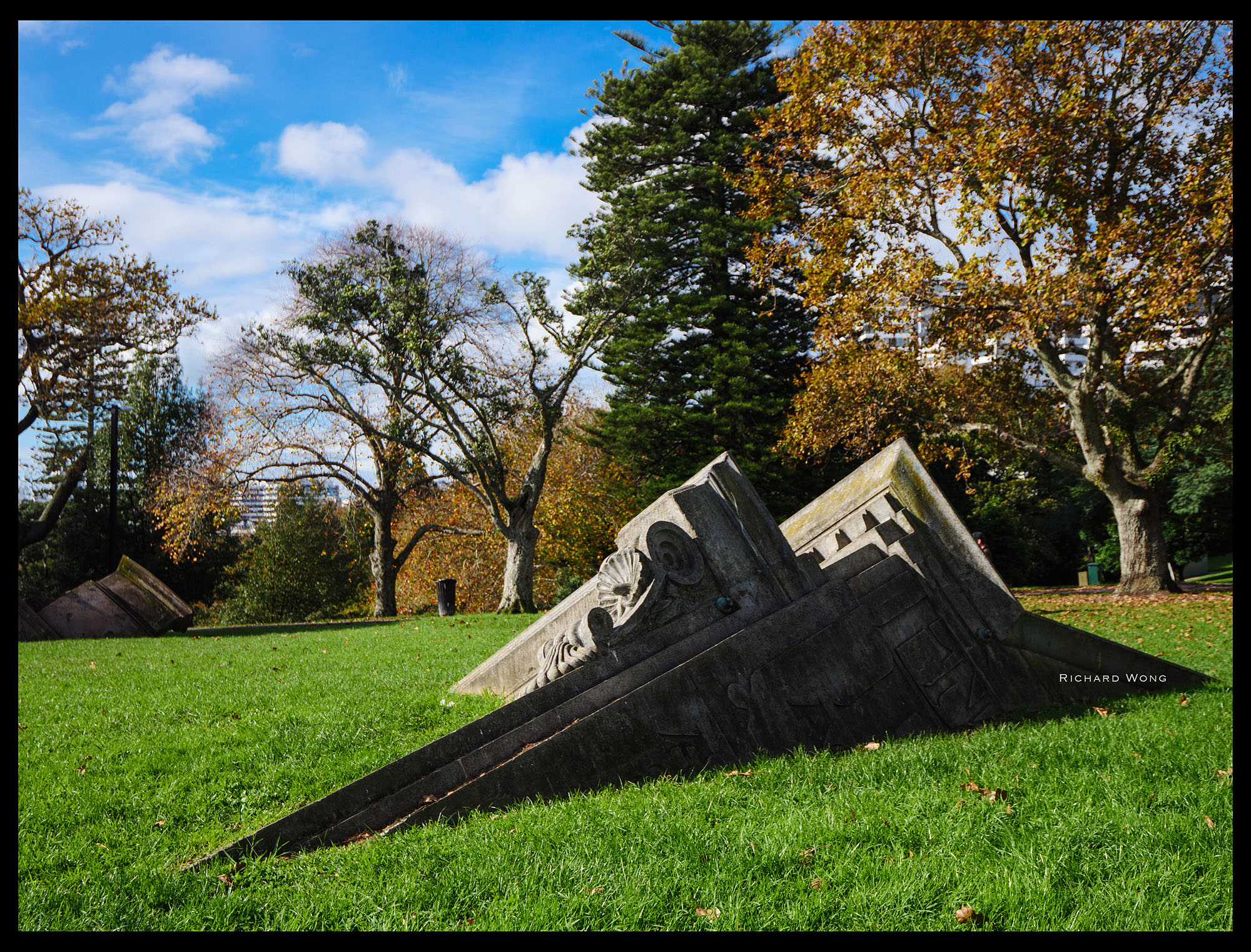 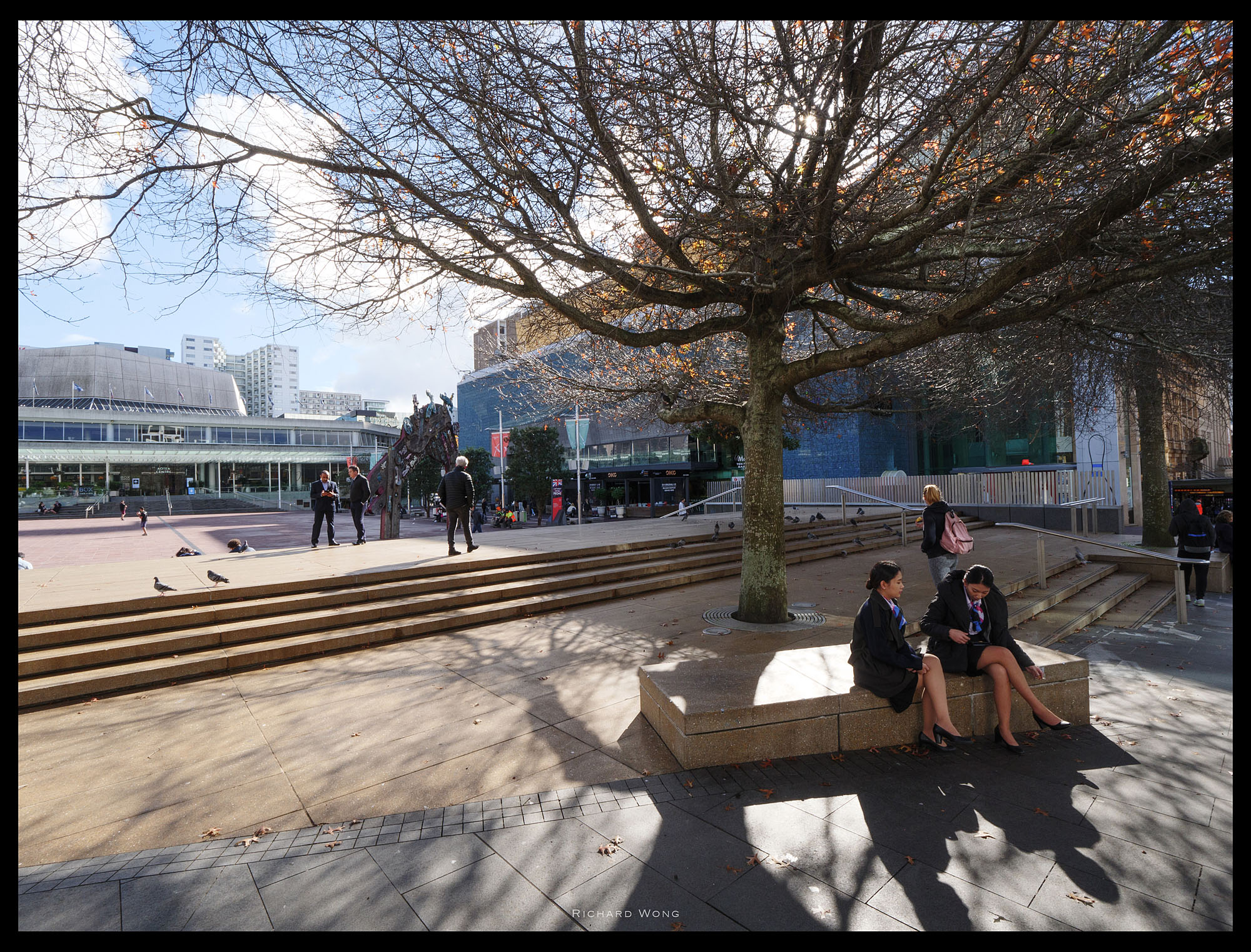 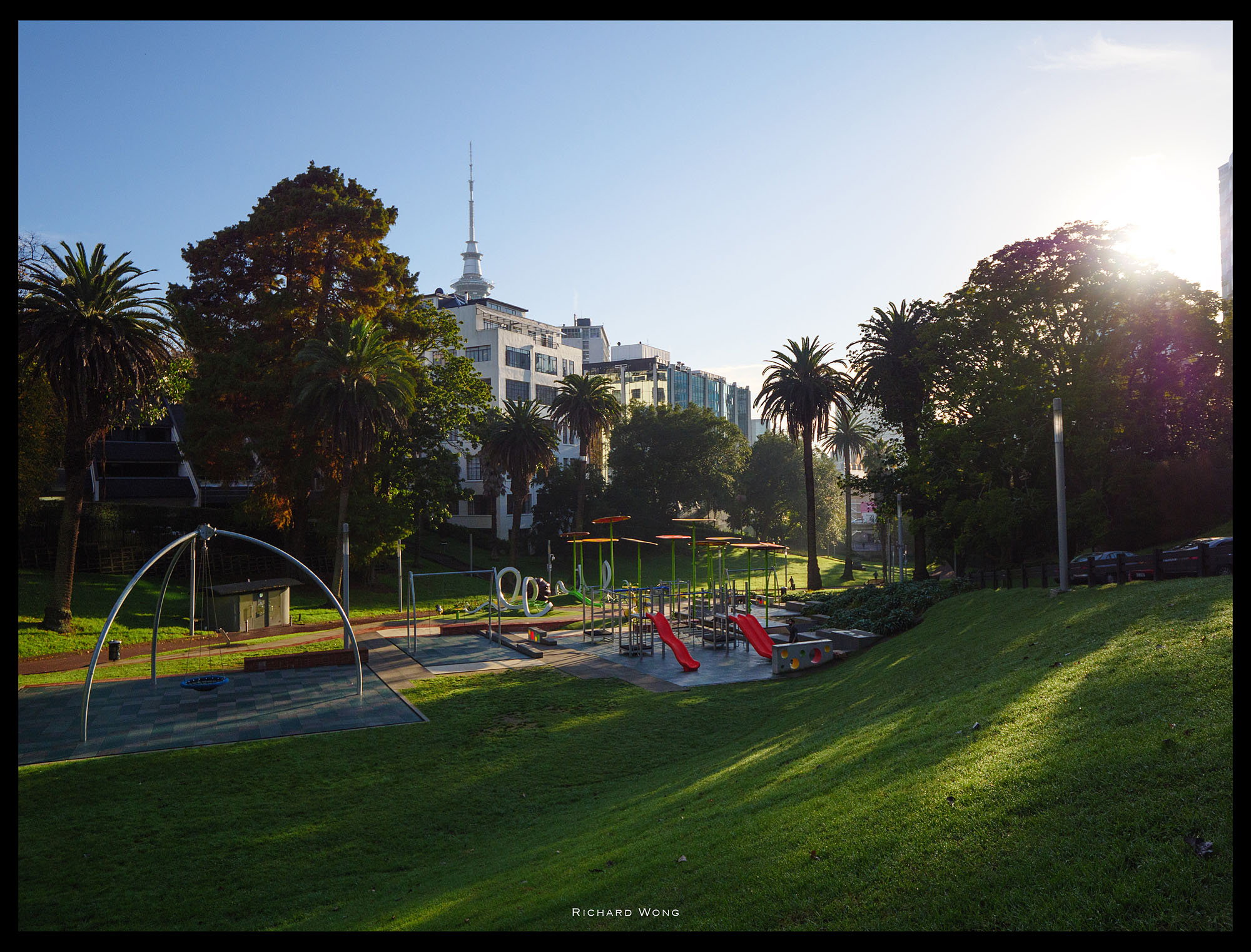 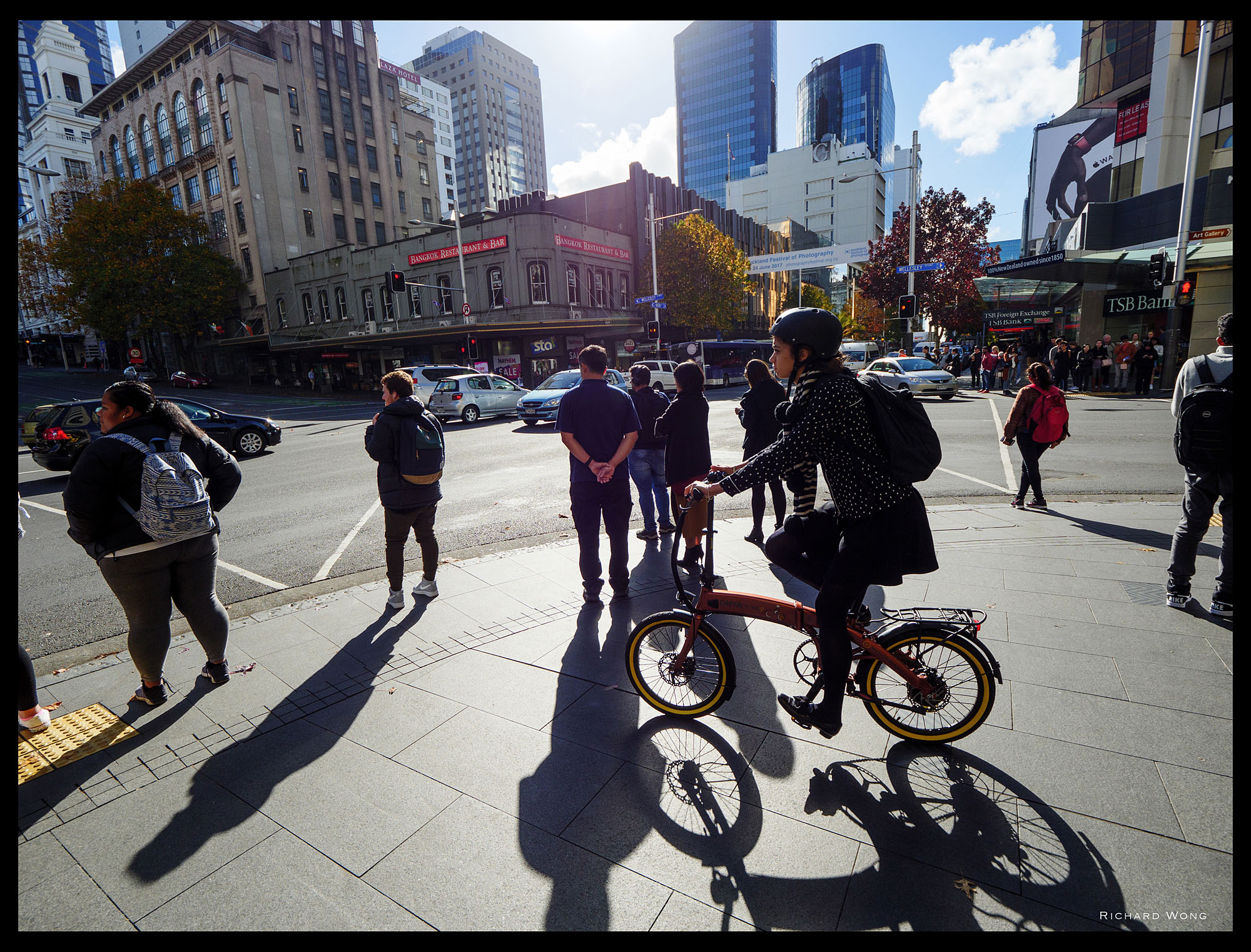 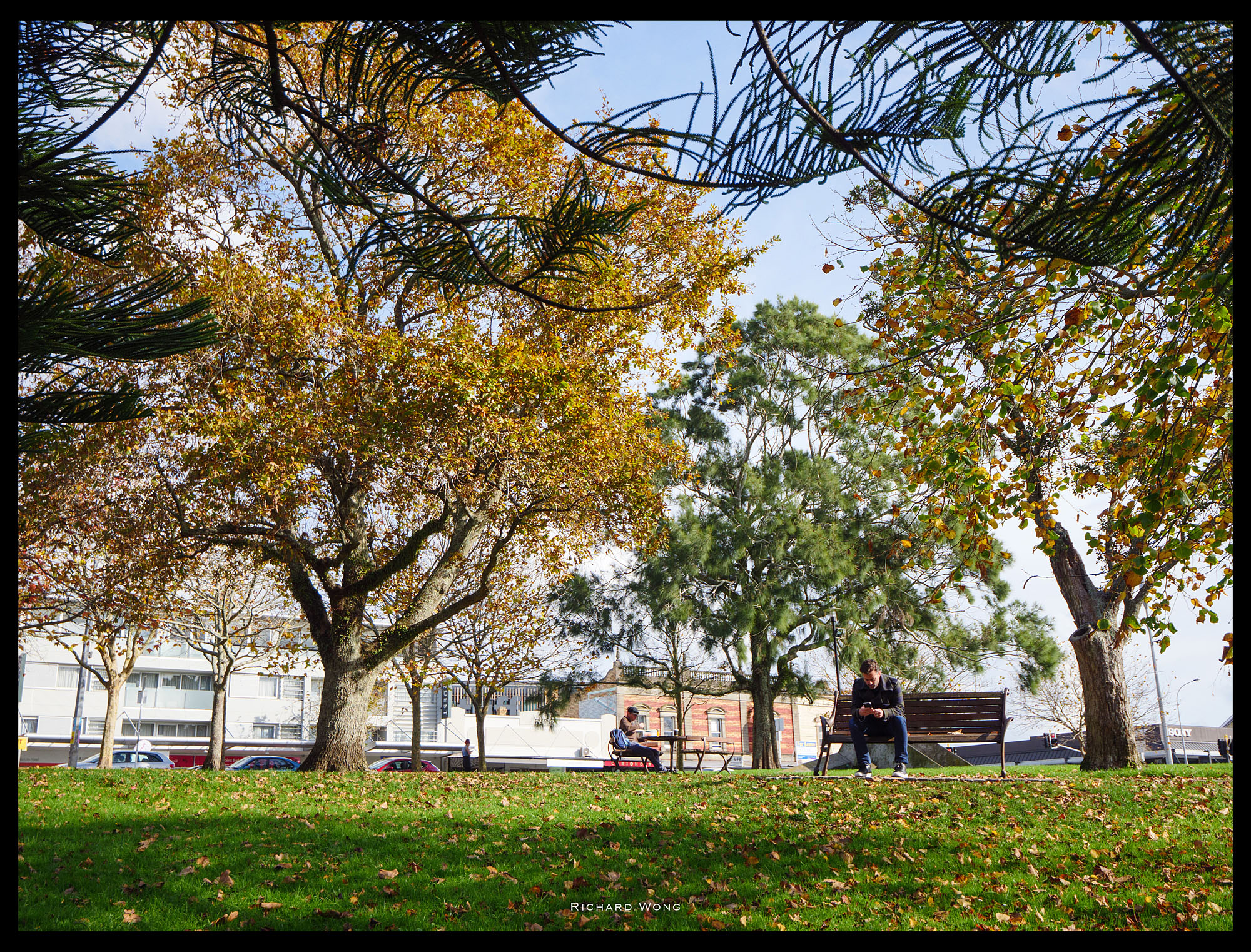 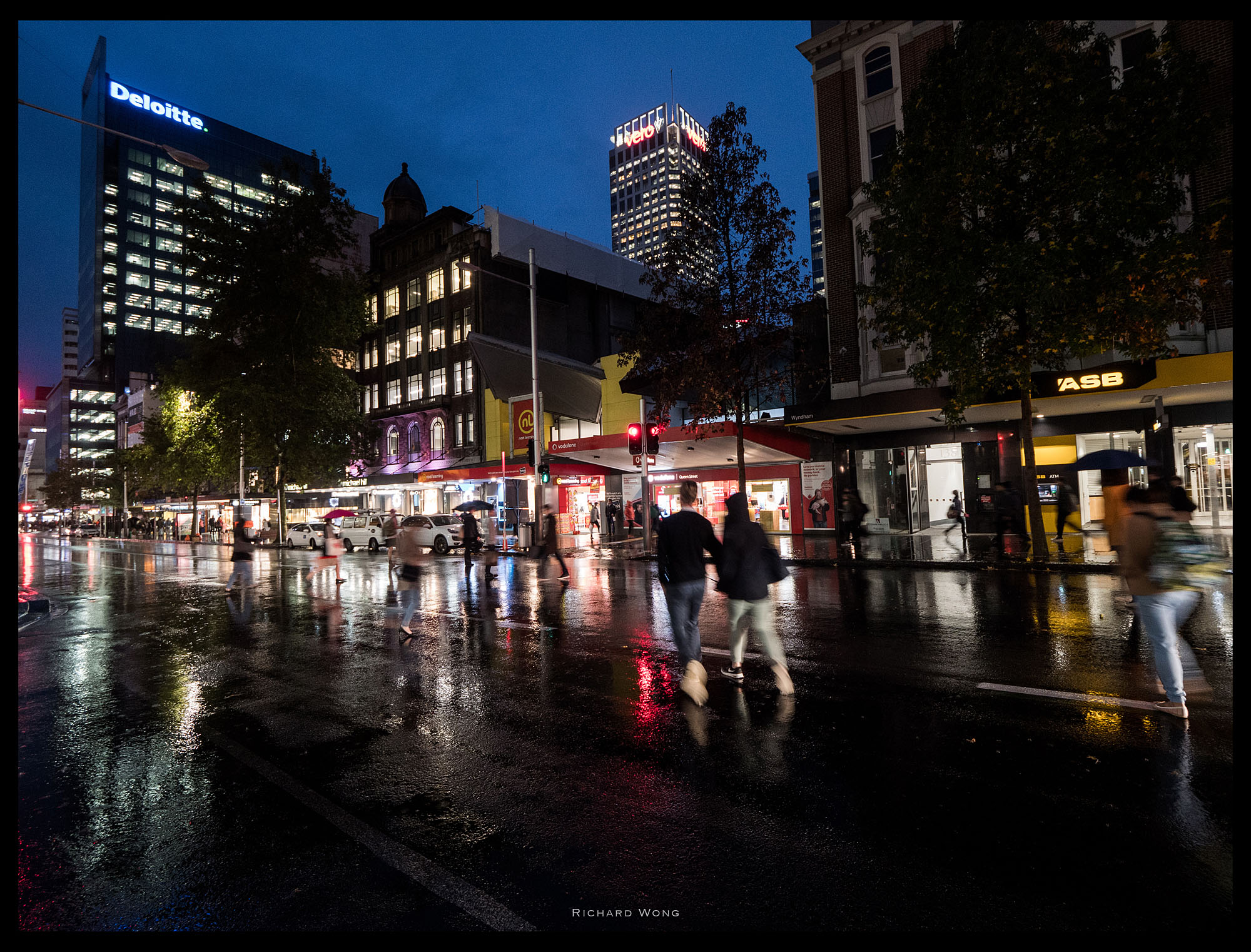