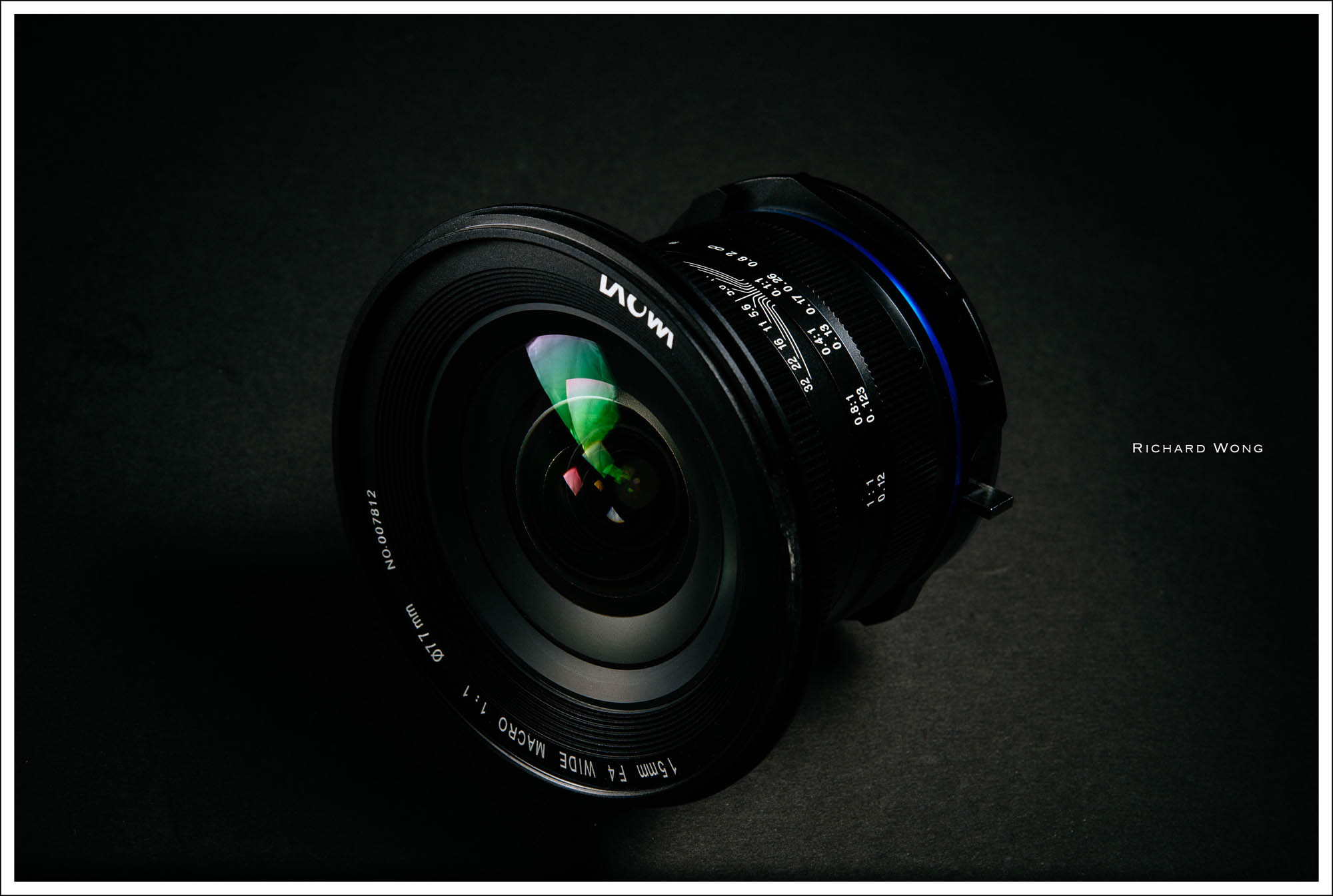 You may not have heard of the company Venus Optics before as it is quite a new optics company from China. But just like some other new Chinese optics companies, they have already created a few very interesting camera lenses. The lens I’m reviewing this time is their Laowa 15mm F/4 Wide Angle Macro, the first 1:1 macro ultra wide angle lens in the world.

This ultra wide angle lens is largely made of metal. The build quality is pretty good and feels solid. Not exactly a tiny lens, the Laowa 15mm macro feels well balanced when mounted on a full frame DSLR. I imagine it wouldn’t feel too heavy when mounted on a smaller APS-C DSLR as well.

The lens’s focus ring is smooth and damped. Resistance is just about perfect, not too tight or lose. However, I would prefer the focus throw to be slightly longer. Right now, the travel from 2m to infinity is shorter than I like. The aperture ring also feels nice and is quite far away from the focus ring so I won’t turn the wrong ring by mistake. The aperture ring does not have click-stop so I can’t adjust the aperture precisely without moving my head away from the viewfinder. I need to look at the aperture ring to know what aperture I am shooting at.
I quite like the blue ring near the lens mount which appears to be the Laowa signature design. 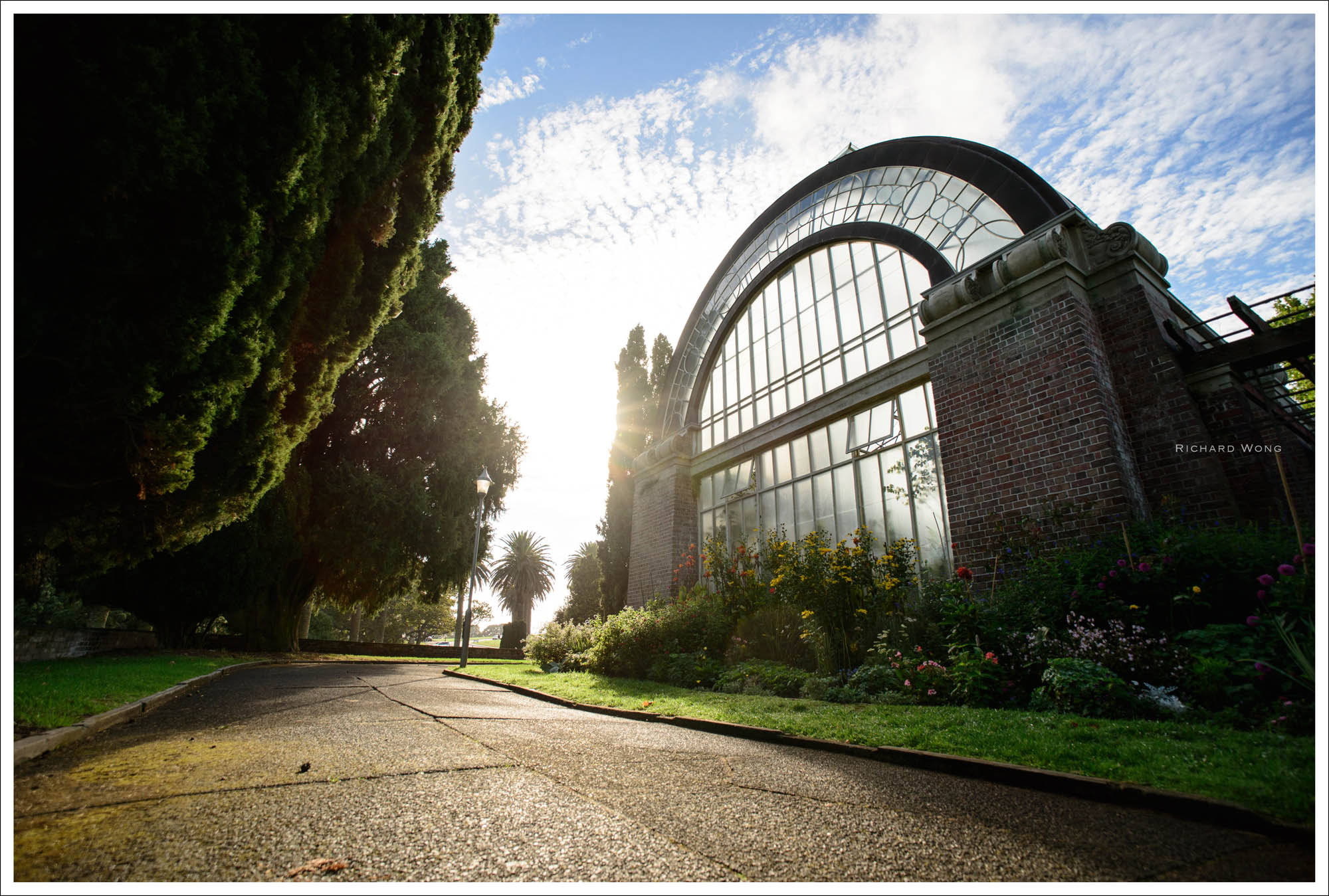 The Laowa 15mm macro doesn’t have auto aperture. What it means is, if you want to shoot at a small aperture, the viewfinder will also become dimmer when you are composing through the optical viewfinder. A lot of manual focus lenses I reviewed recently also don’t have auto aperture, but this is a slightly bigger problem for the Laowa than say the Mitakon 85mm f/1.2 as when you are taking macro or landscape photos using the Loawa, it’s quite often you would stop down the lens to really small aperture like f/11 or even smaller, and that would darken your viewfinder quite a bit. 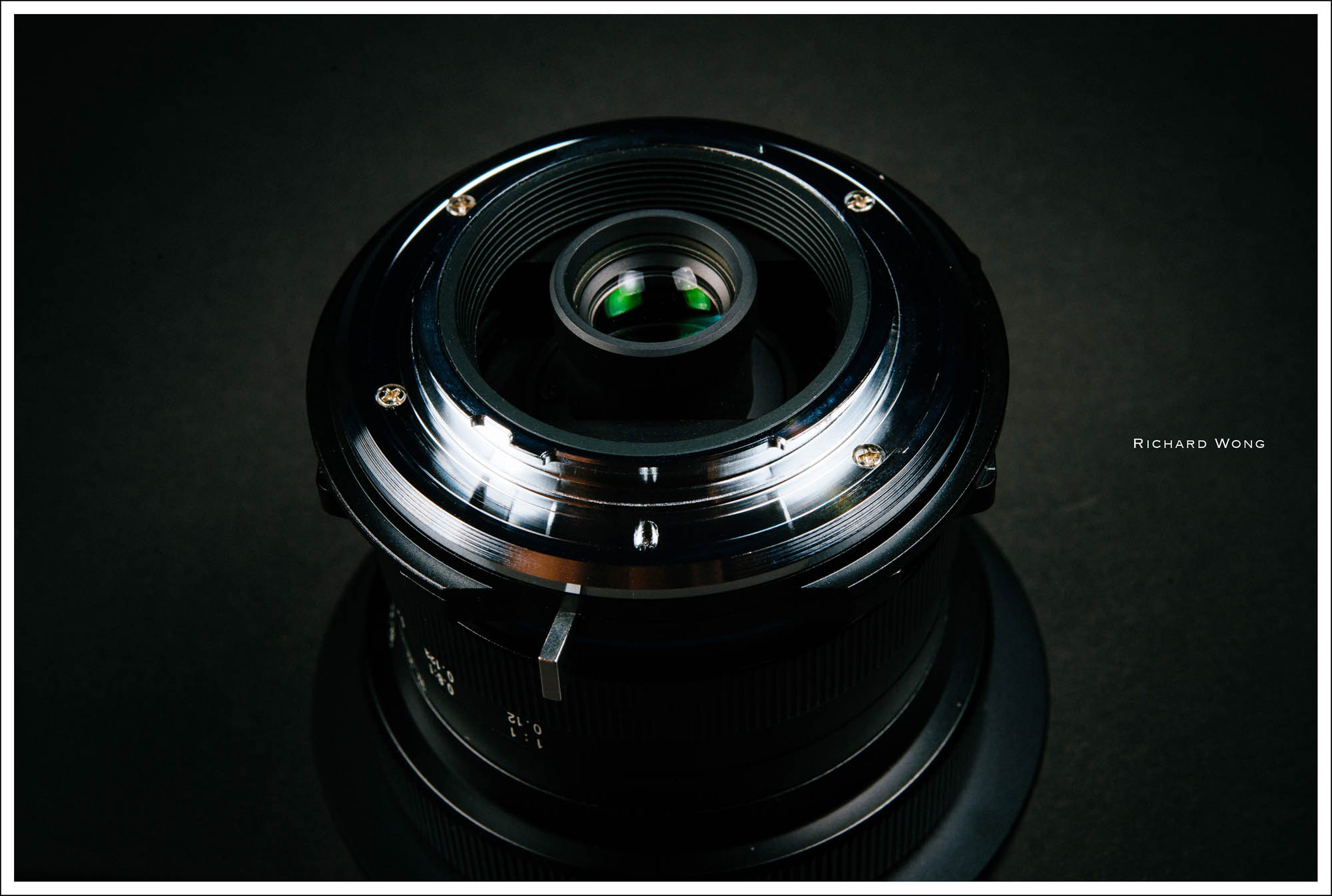 The morning I received this lens, I need to take some close up product photos. At first I was using my Nikon AFS 60mm macro lens but the photos I got from the Nikkor was a bit “boring”. So I thought, why not try this Laowa lens as the 15mm focal length would give me a very different look.  I can’t share the photos with you but yes we love the photos from this lens so much more!

How about the lens optical performance? Let me start with the bad news first. Distortion, lots of it. When shooting macro or close up objects, distortion is really prominent. It may not be very obvious if you are shooting organic objects like flowers, insects but anything with straight line you’ll see the big distortion. When shooting distance objects, the distortion is much better. But still you may notice some distortion if you have vertical or horizontal lines inside the frame, especially near the edges. To be fair, if the Loawa 15mm macro is a zoom lens, I would not mind so much as there are many zoom lens with way worse distortion control. But for a prime lens, I would expect the distortion to be a bit less.

Now the good news, distortion is pretty much the only major thing I would complaint. Sharpness is not bad at all even at maximum aperture. While the corners are slightly soft at f/4, stop it down to f/5.6 and it is quite sharp already. I also didn’t notice any focus shift issue when I stop down to f/8.

Centre and corner crops at 200% zoom from 36MP photo

Normally for an ultra wide angle lens, I wouldn’t care too much if the bokeh is nice or not. But since the Laowa is also a macro lens, you could dissolve the background quite easily when shooting macro photos and that makes the bokeh quality important as well. Fortunately, the Laowa 15mm macro’s bokeh is pretty smooth and pleasant. I’m quite happy with how the lens renders the out of focus area when I’m taking macro photos.

Flare control is pretty good as well. You could see a bit of flare when shooting into sun or when where is a light source just outside the frame shining into the lens. But most of the time, it managed to keep flare at minimal level  even when you are shooting backlit scenes. 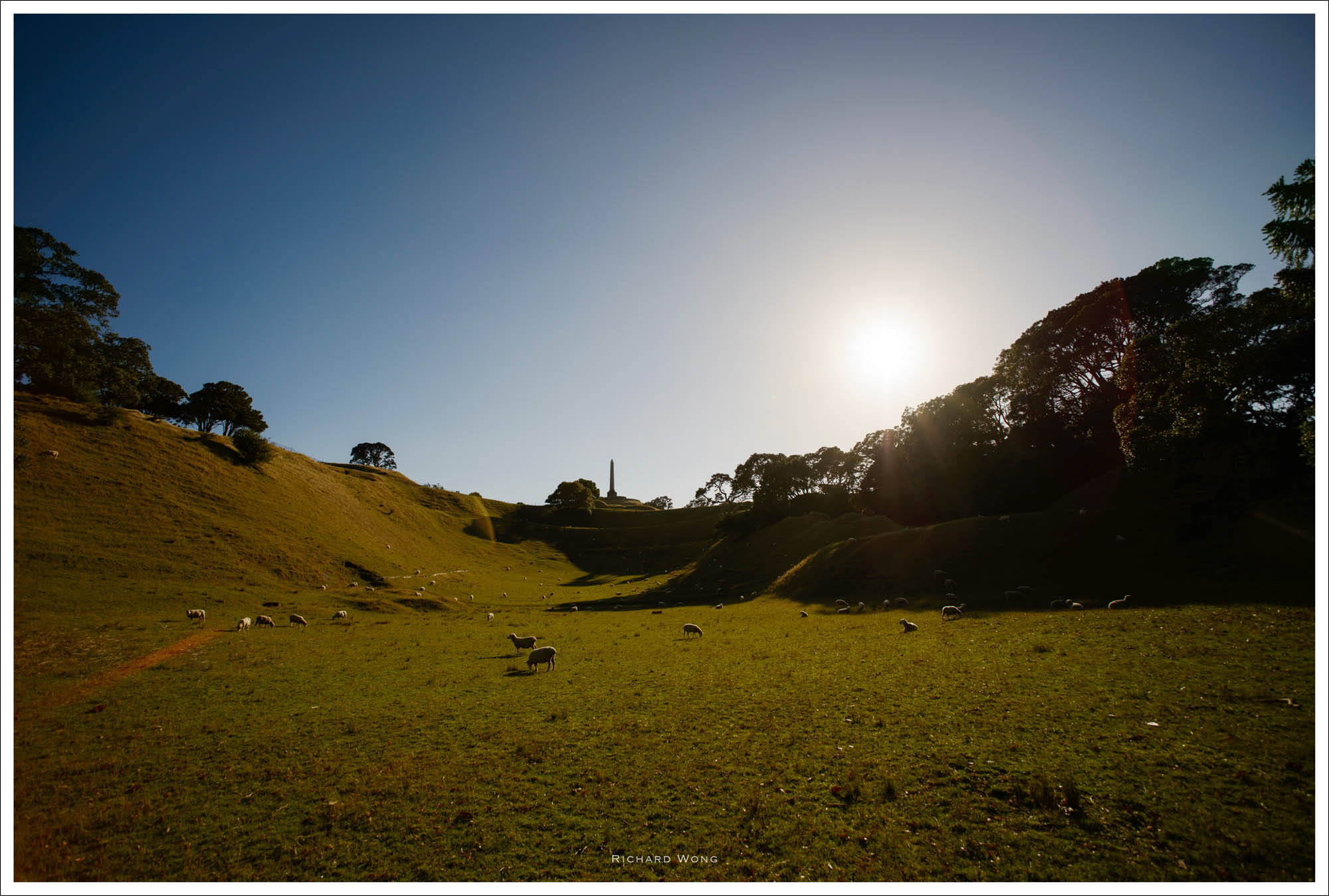 Because of the ultra wide angle of view, the supplied lens hood is quite shallow and therefore doesn’t actually provides too much flare protection, but it’s a good physical protection anyway. The only thing I don’t like about the lens hood is that it doesn’t lock the position securely onto the lens. Quite a few time, my lens hood actually moved a little bit from its normal position and therefore some of  the photos got a dark shadow at the corner. See the sample photo below.  Check your lens hood regularly to avoid this problem. 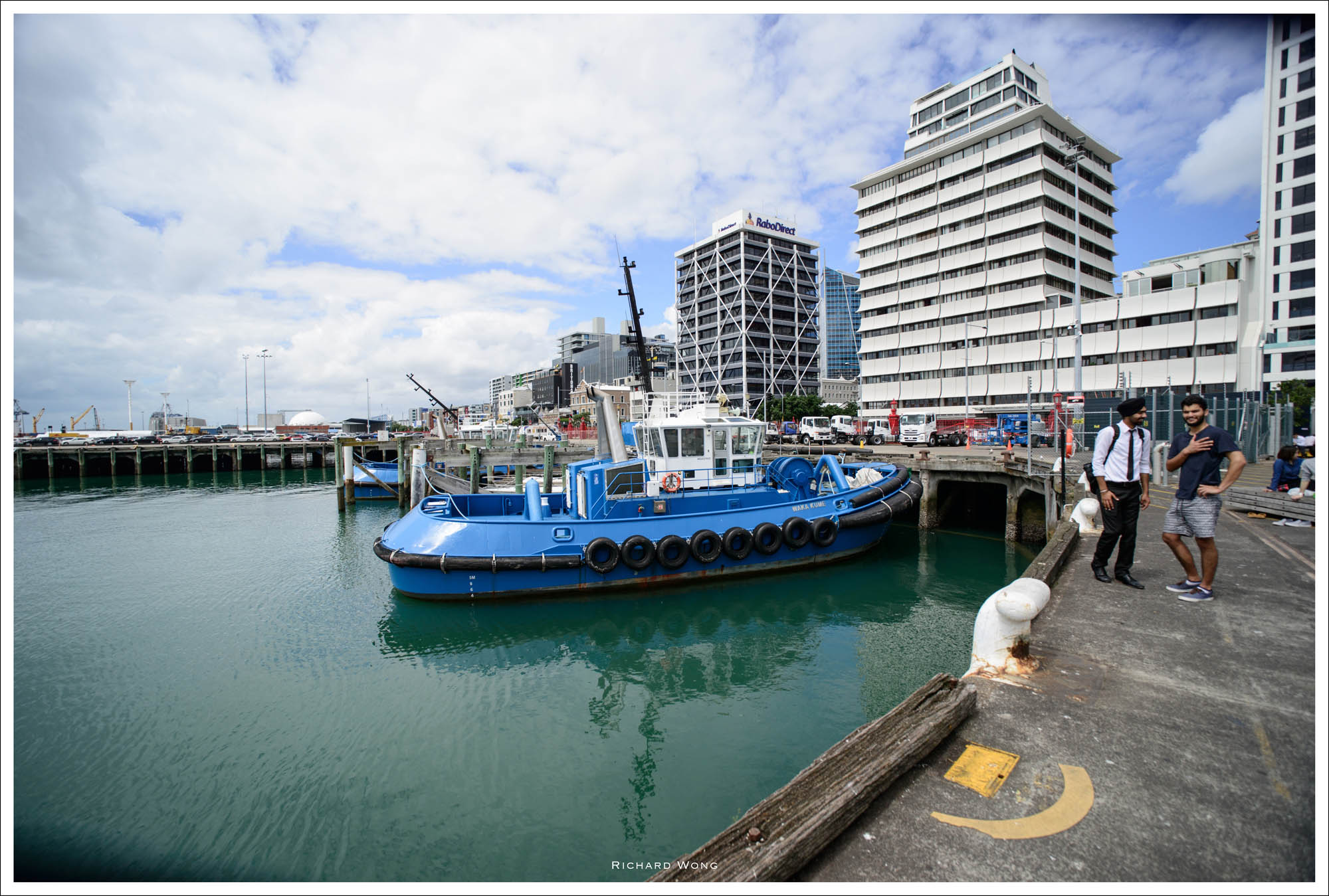 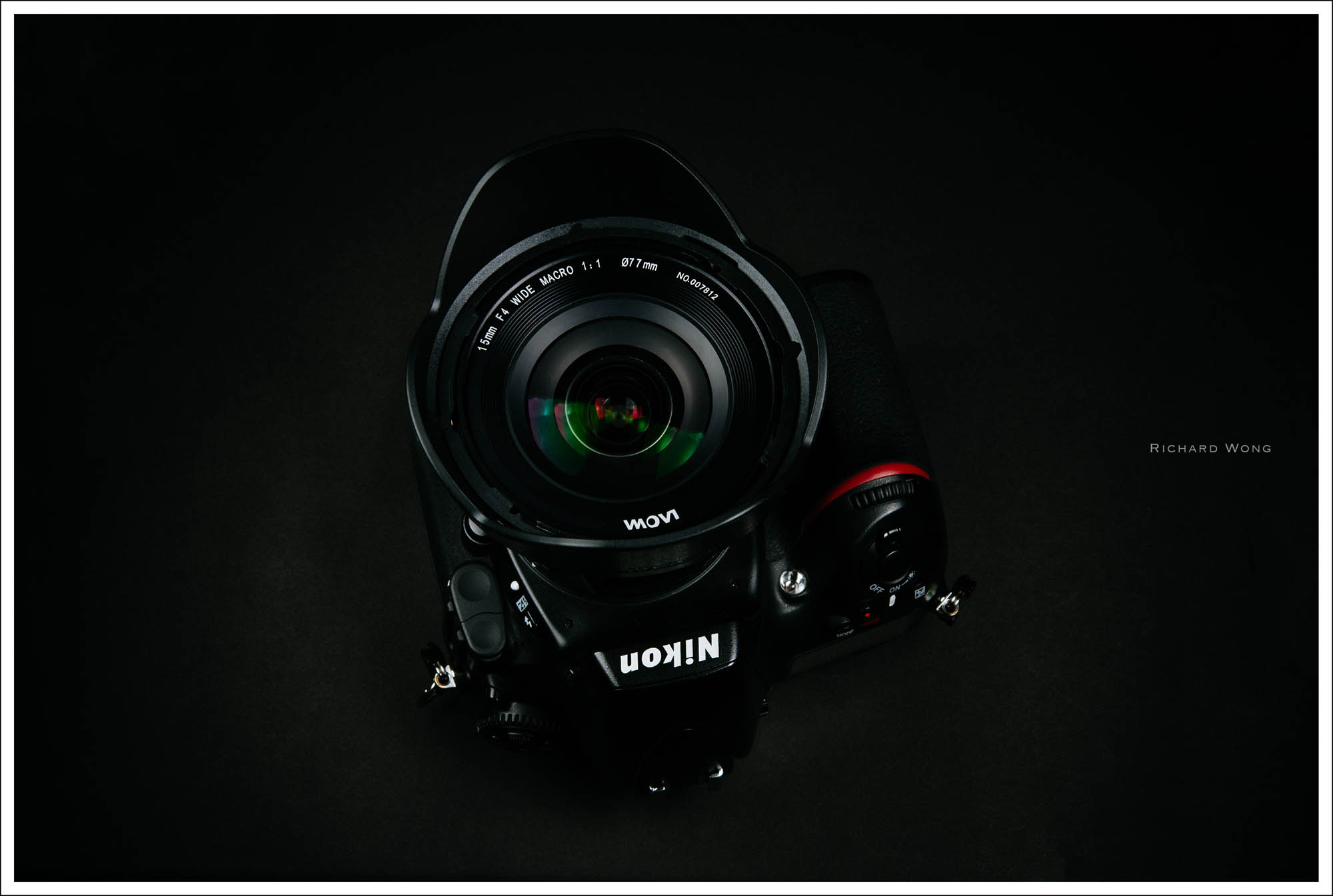 Macro is definitely the biggest selling point of this 15mm lens as this is the world’s first ultra wide angle 1:1 macro lens. And I love it.

There are many many macro lenses in the market. As someone who likes to photo my Lego mini-figures, I have quite a few macro lens in my camera bag. A 90mm, 60mm and a 45mm tilt shift (which is 1:2 macro). But one problem with all those macro lenses are, the focal length are all quite long, and because of that, when you look at the photos, you feel look more or less like you are looking through a microscope. I want to take some macro photos that makes the viewer feel like you put your eye right in front of your subject and looking at it very closely, and you can see the whole world behind.  The Laowa 15mm macro allows me to capture exactly that!

The macro photo is very sharp, and the feeling from a ultra wide angle macro photo is just so different to the typical 60mm+ macro photo. Finally, I got the look I’ve been wanting to create for a long long time. 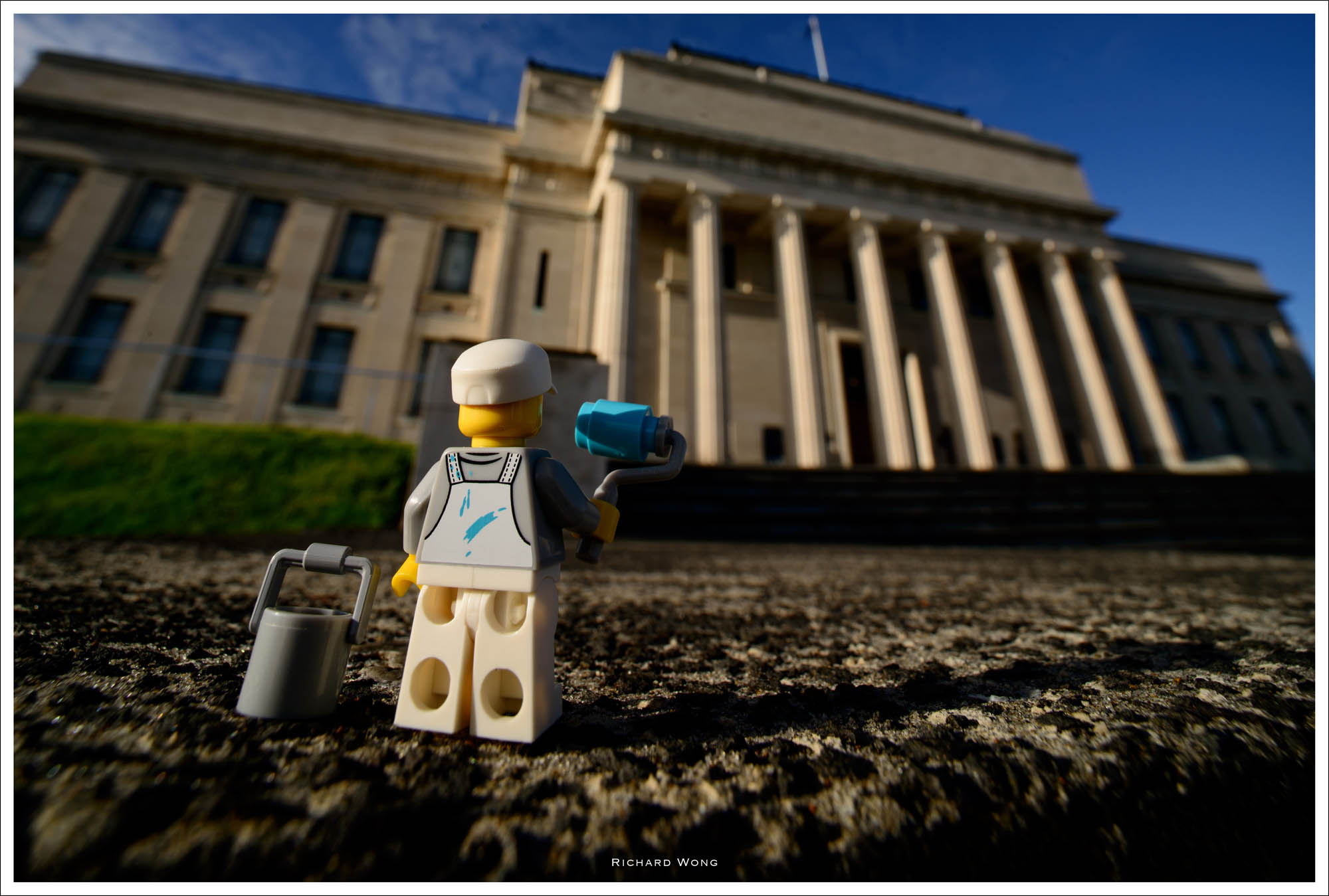 However since your subject would be placed very close to the camera, avoiding shadow on the subject can be a bit tricky if there is a light source behind you. To get around this problem, shoot your macro photos with the main light source either from the side or in front of the camera. 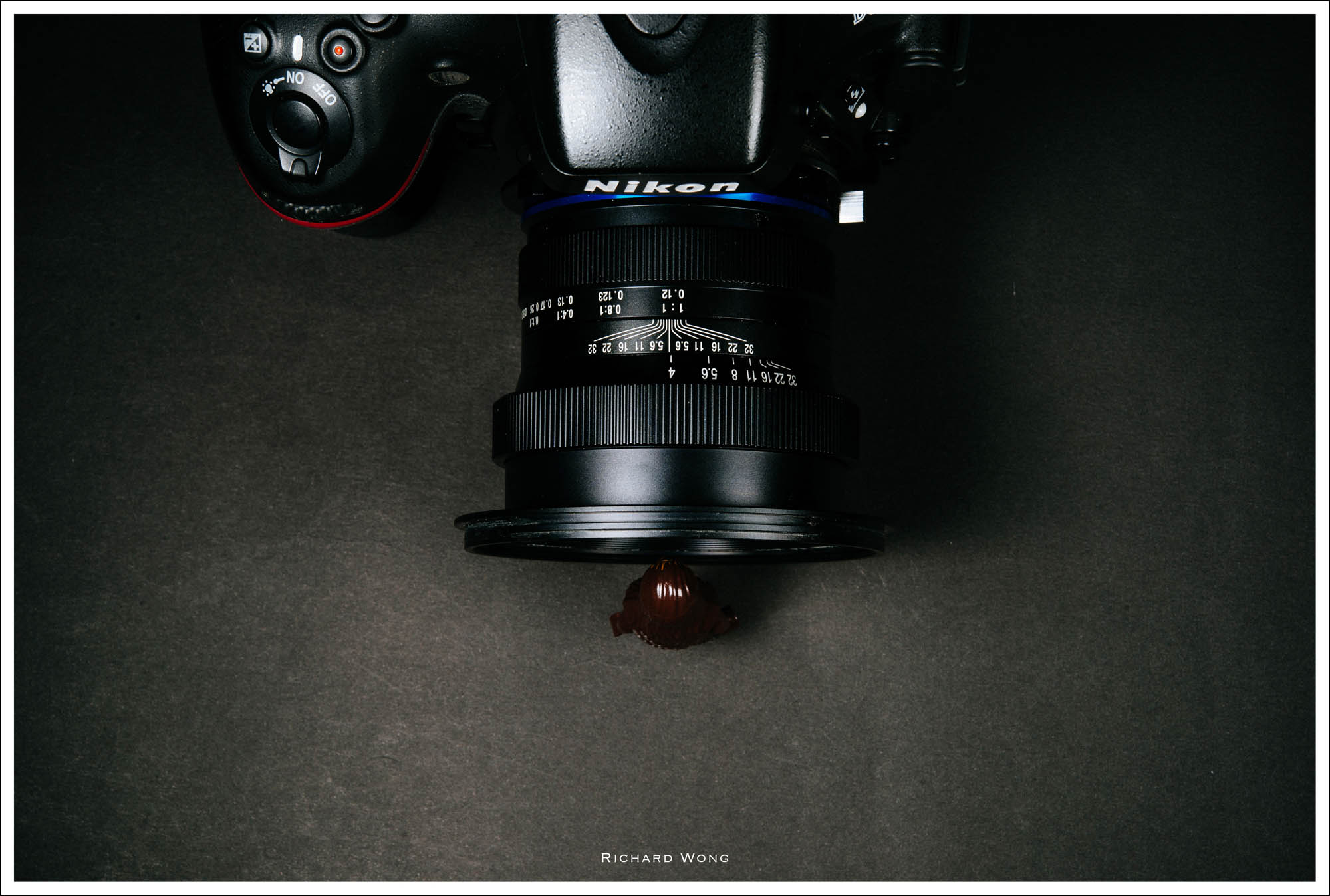 At minimum focus distance, I can smell my Lego minifigure through the lens

While 1:1 macro is definitely the most interesting feature of this lens, for a lot of people, the shift mechanism is probably just as interesting. However before you rush and buy it because you want a shift lens, I need to point out there are a few limitations.
Firstly, the shift is limited to one axis only. You can only shift the lens up/down, which makes it suitable for shooting architect if you want to minimise perspective distortion (when camera is in landscape orientation). But it’s not suitable if you want to stitch a few photos together to create a panorama shot (again, when camera is in landscape orientation). It’s also difficult to adjust the amount of shift precisely. It’s either full shift or no shift
Secondly, the shift feature is mainly for APS-C camera users. You can use it on a full frame camera, but there would be severe vignetting at the maximum shift position. 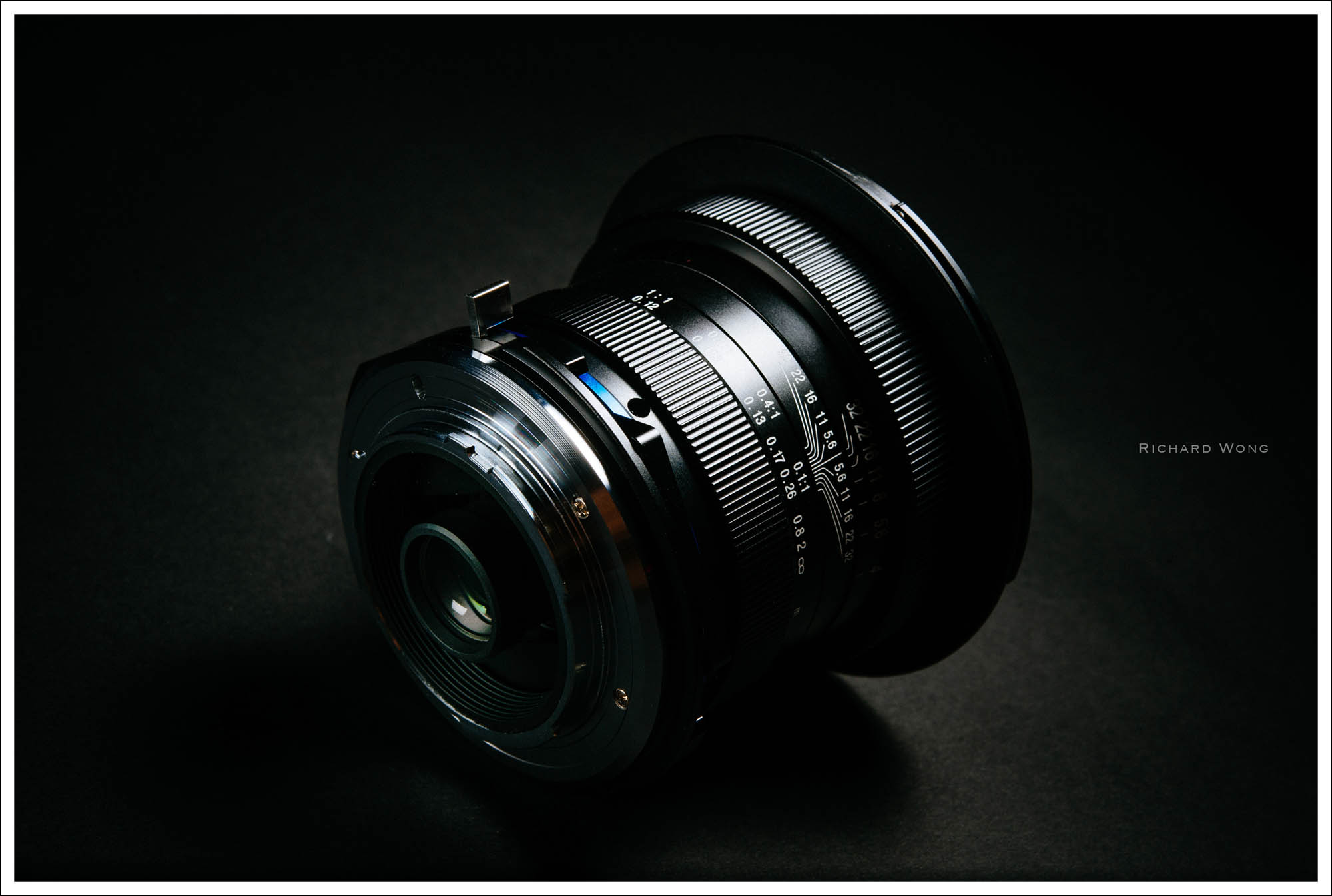 Below is a photo I took with the Laowa 15mm macro. For this photo, I didn’t shift the lens and left it in the center position. I tilted the camera up slightly as I want to have some blue sky above the building. Tilting the camera results in a lot of perspective distortion. 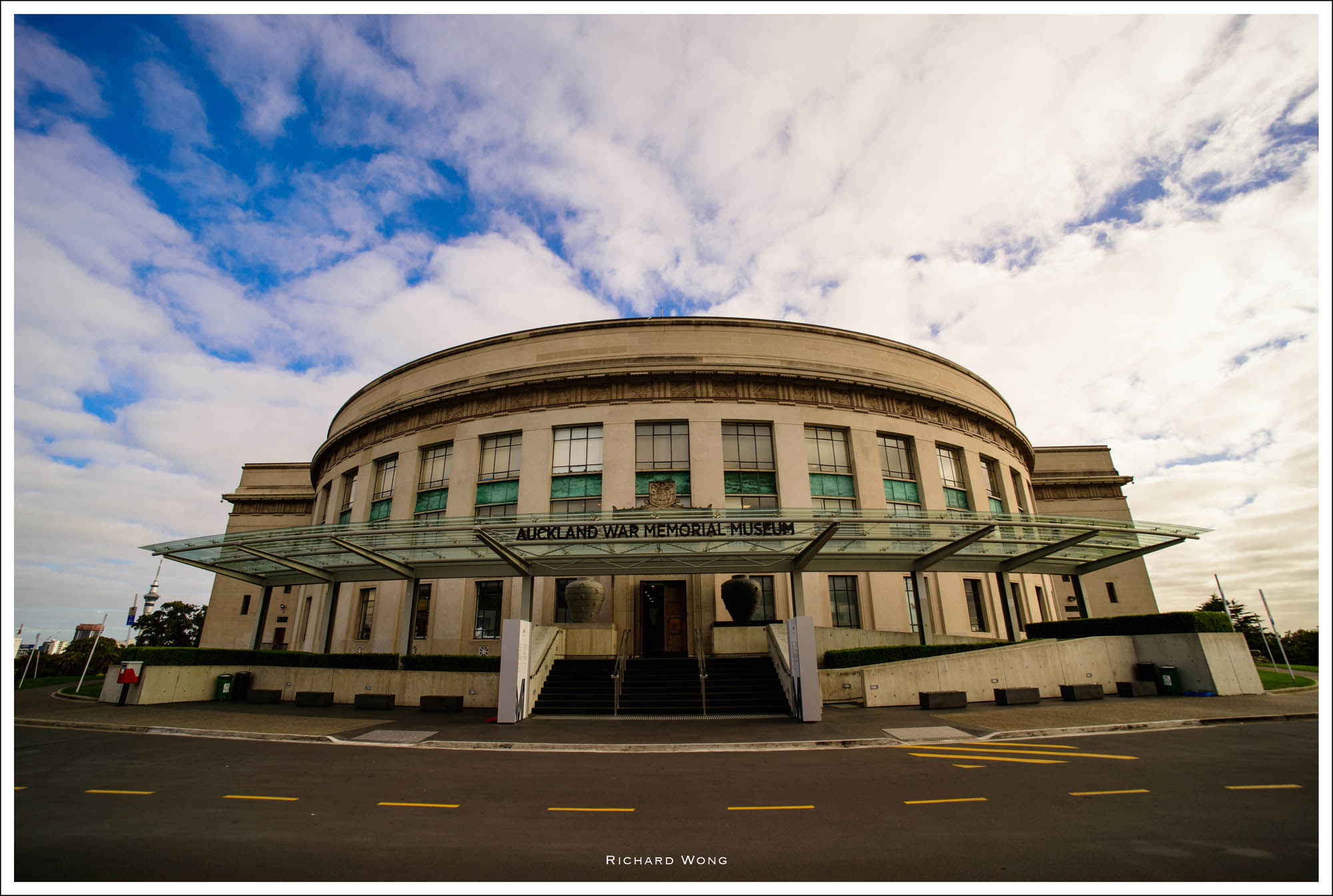 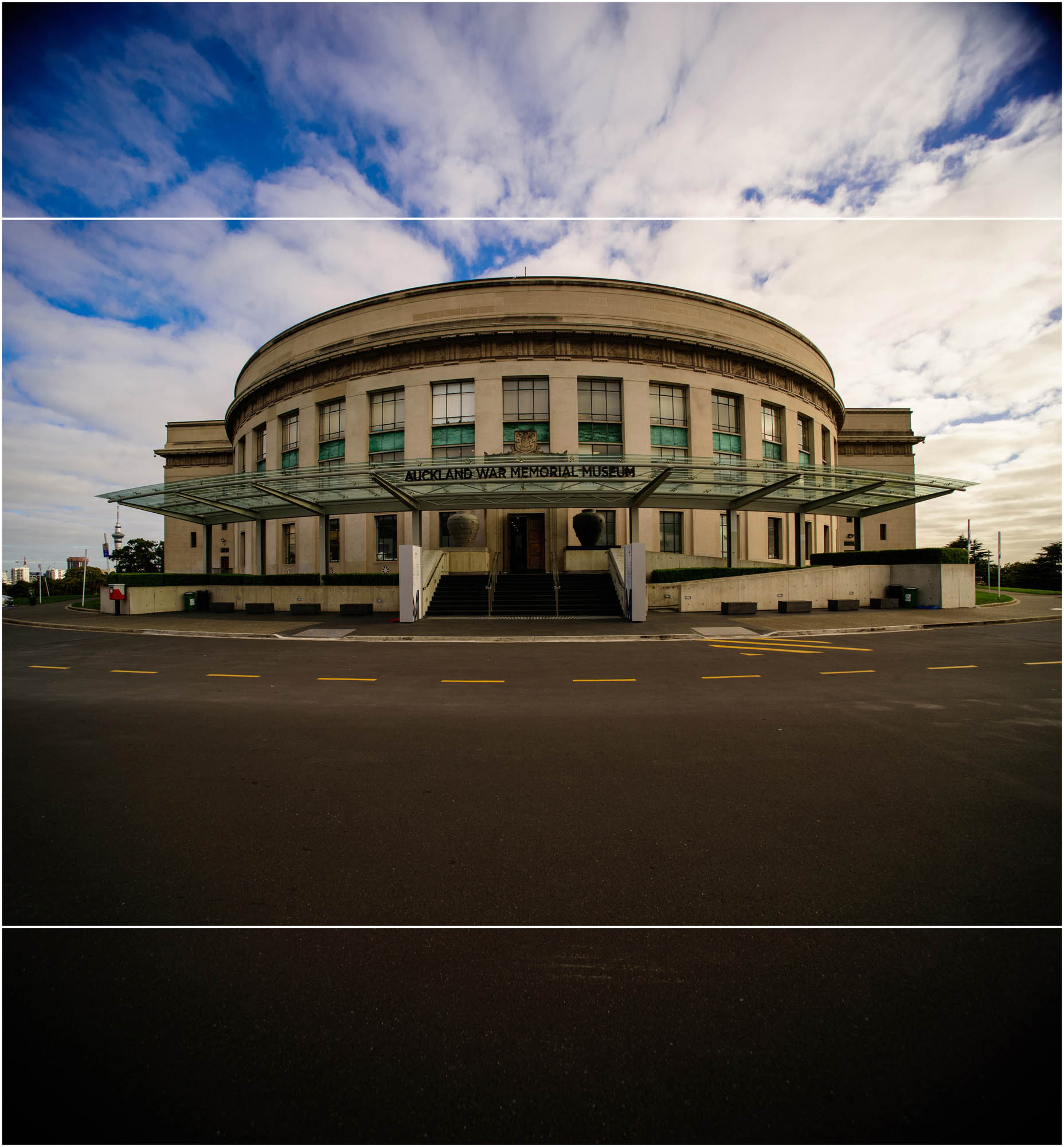 The white lines in the middle indicate what you would get if you don’t tilt the camera and don’t shift the lens. With the lens shifted, I can now get quite a bit more above and below my “normal” photo. Since this photo was shot with a full frame camera, you can see the heavy vignetting near the very top and bottom of the shifted images. But even if you crop those areas away, you still get quite a bit more perfectly useable image area than the non-shifted image.

And remember to remove the lens hood when you shift the lens, even if you are shooting with an APS-C camera. Otherwise the lens hood would create a small amount of dark edge on your photo at full shift position.

There are quite a few area the Laowa 15mm macro can improve. I would like to see less distortion and love to have auto aperture. But with the US$499 price tag, the Laowa 15mm macro is a really well priced wide angle lens that has very good and solid build quality (for it’s price) and overall, the picture quality is above average. While the shift feature is a bit limited when compared to a full blown shift lens, the unique ability to shoot wide angle 1:1 macro photos alone makes the lens well worth it’s price. I almost consider the shift feature more or less a free bonus feature. If you shoot a lot of macro photos or if you are like me who loves doing Lego (toy) photography, the Laowa 15mm macro allows you to create photos you just couldn’t do with any other lens in the market

I’m really happy to see newer companies like Venus Optics creating all these interesting new lenses and design. The product may not be as polished as something from the long established companies like Nikon or Canon, but the way how they push outside the normal square or boundary results in some really unique lenses like this Laowa 15mm macro.
Some people like to chase for technical and pixel perfection, and I like it too. But when you shoot more and more, soon or later you’ll notice pixel or technical perfection is probably the last thing that is limiting yourself and your photos. A lens like the Laowa 15mm macro is a special tool that can help you expand your freedom and creativity.

If you would like to buy this lens, I would recommend you get it from your local Laowa dealer and support your local camera shops.

If you are from New Zealand you can order from the Laowa reseller Photogear.

If you don’t have a Laowa dealer in your area, you could also order directly from Laowa’s official website

Sample Photos
All samples were shoot in RAW and converted to JPG using Adoble Lightroom CC 2015.5. Edited to taste but no vignetting, CA, distortion correction or noise reduction applied. 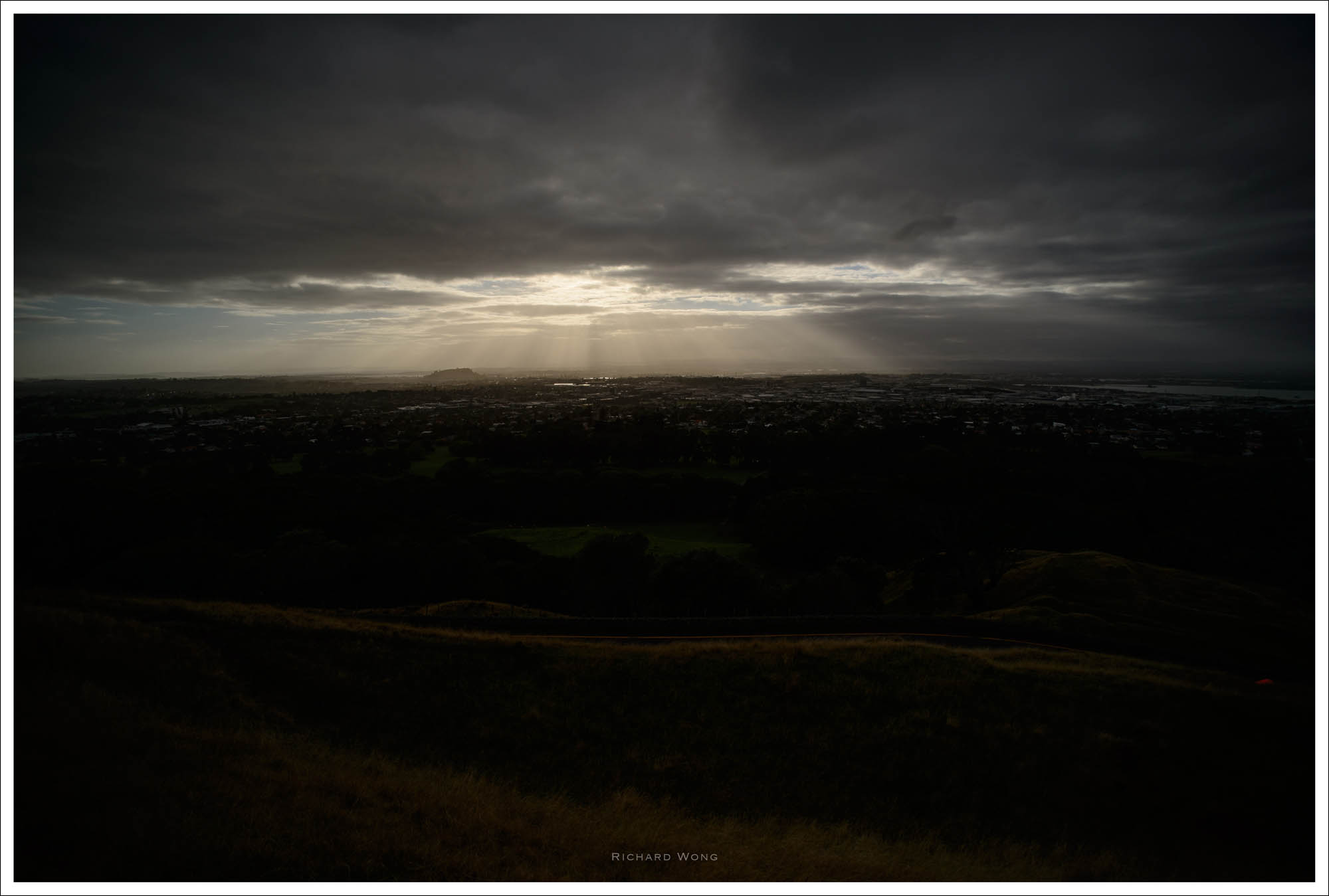 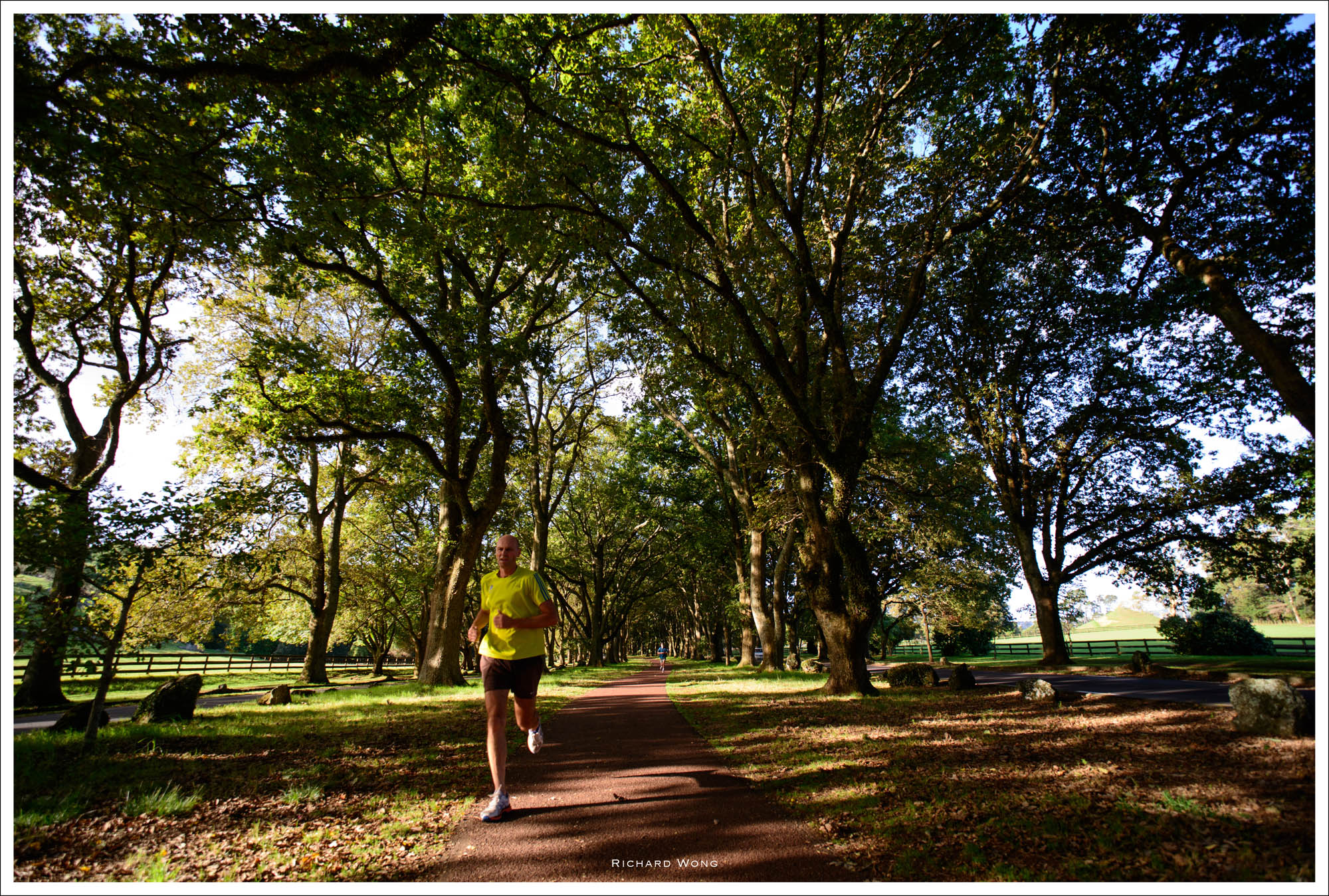 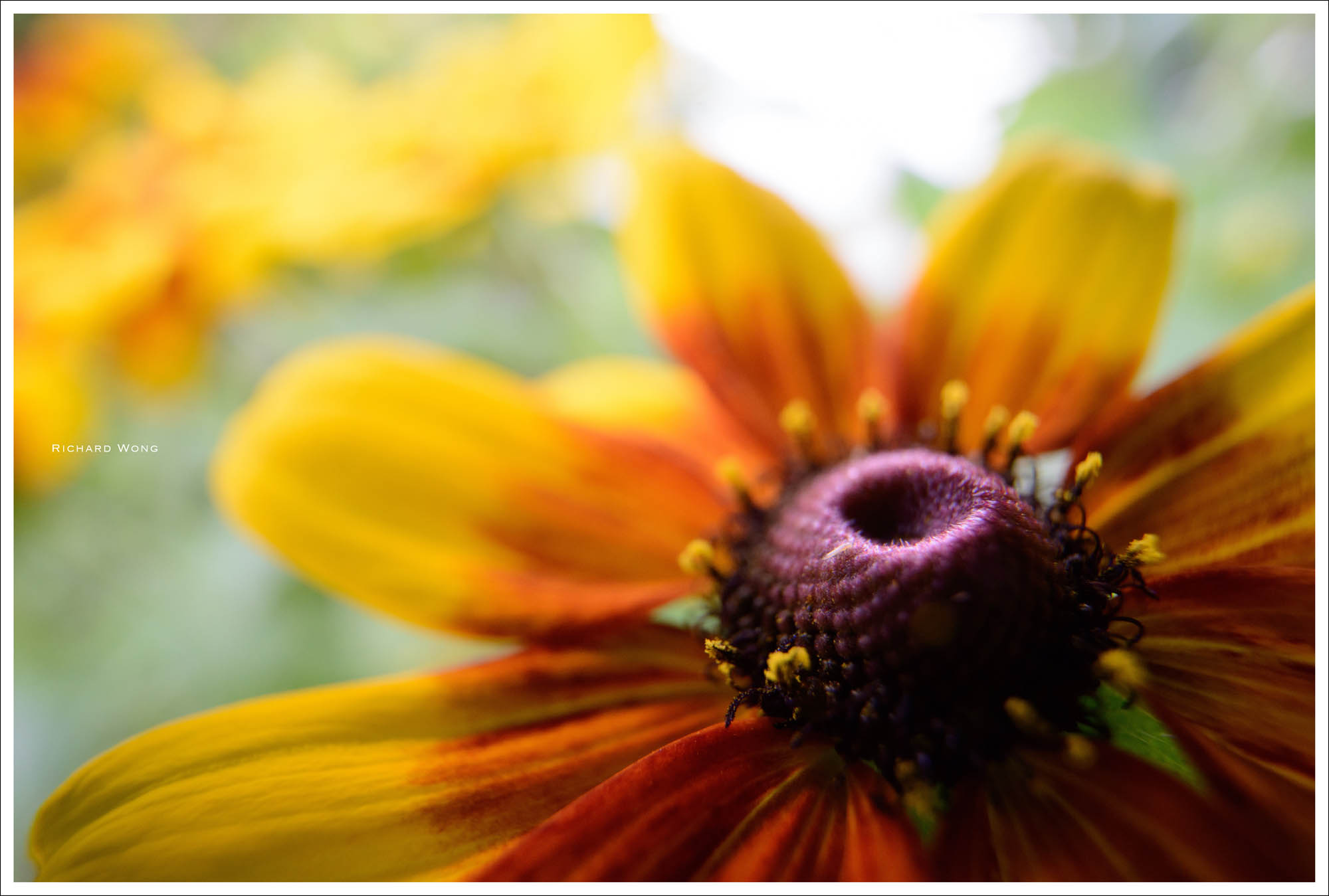 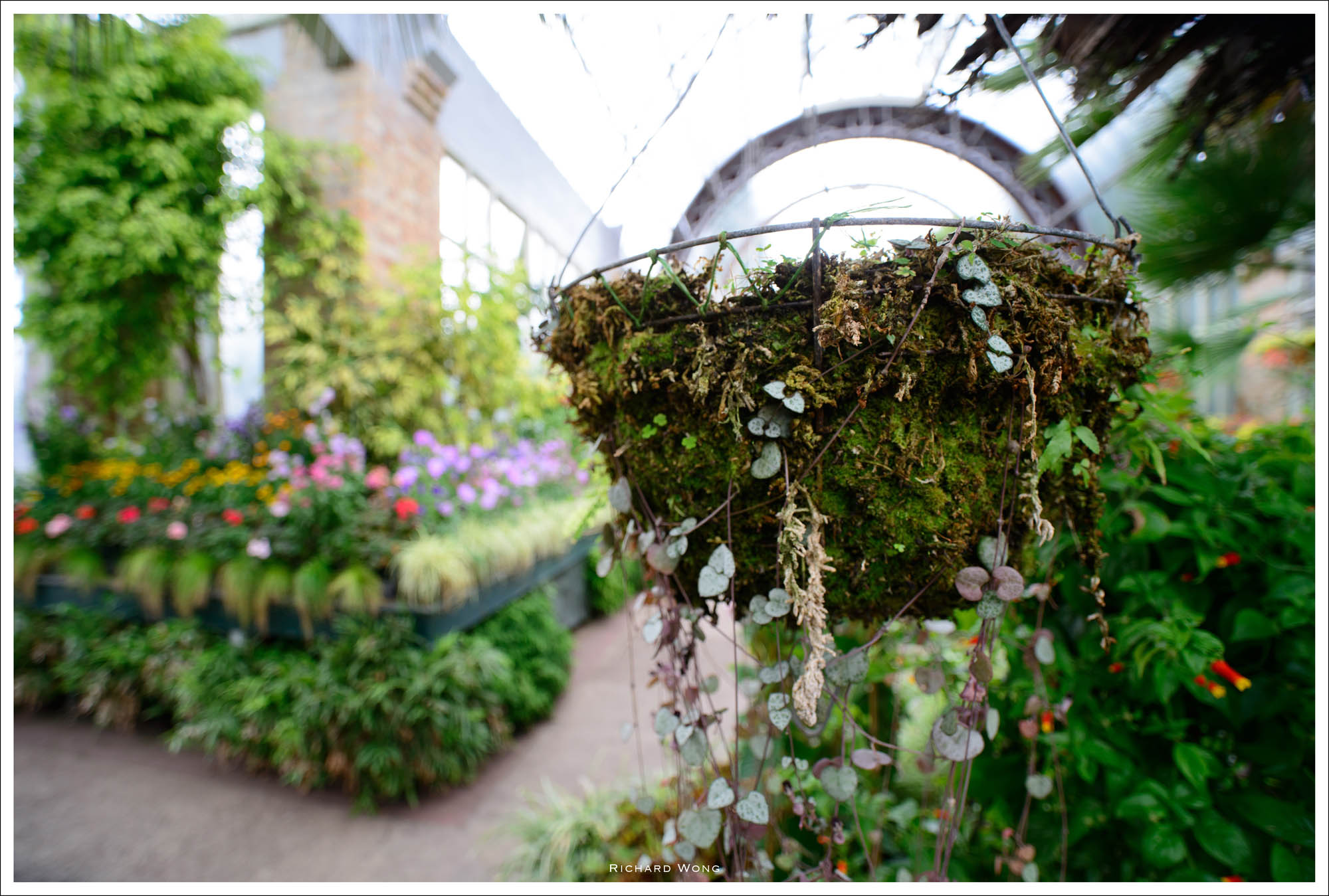 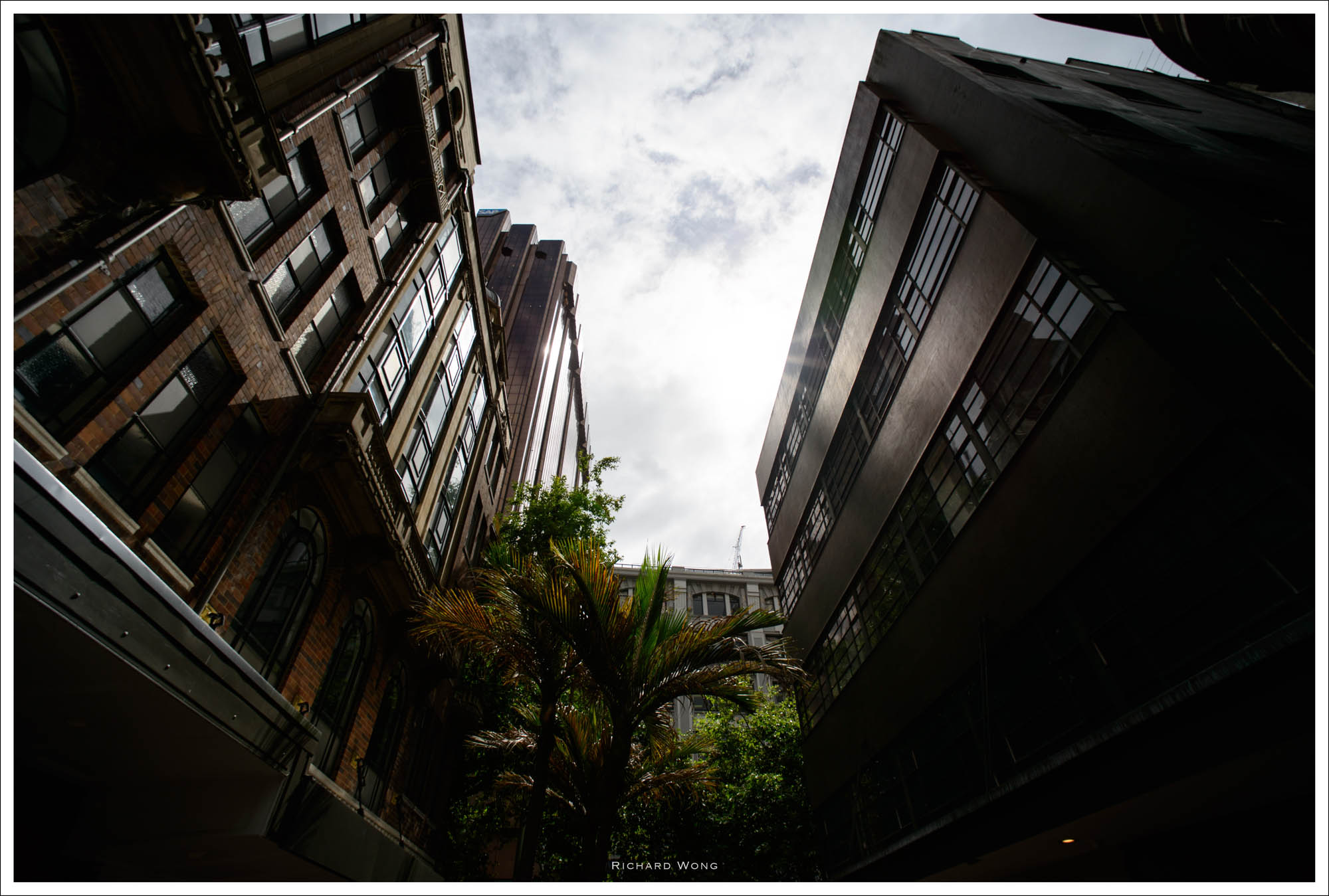 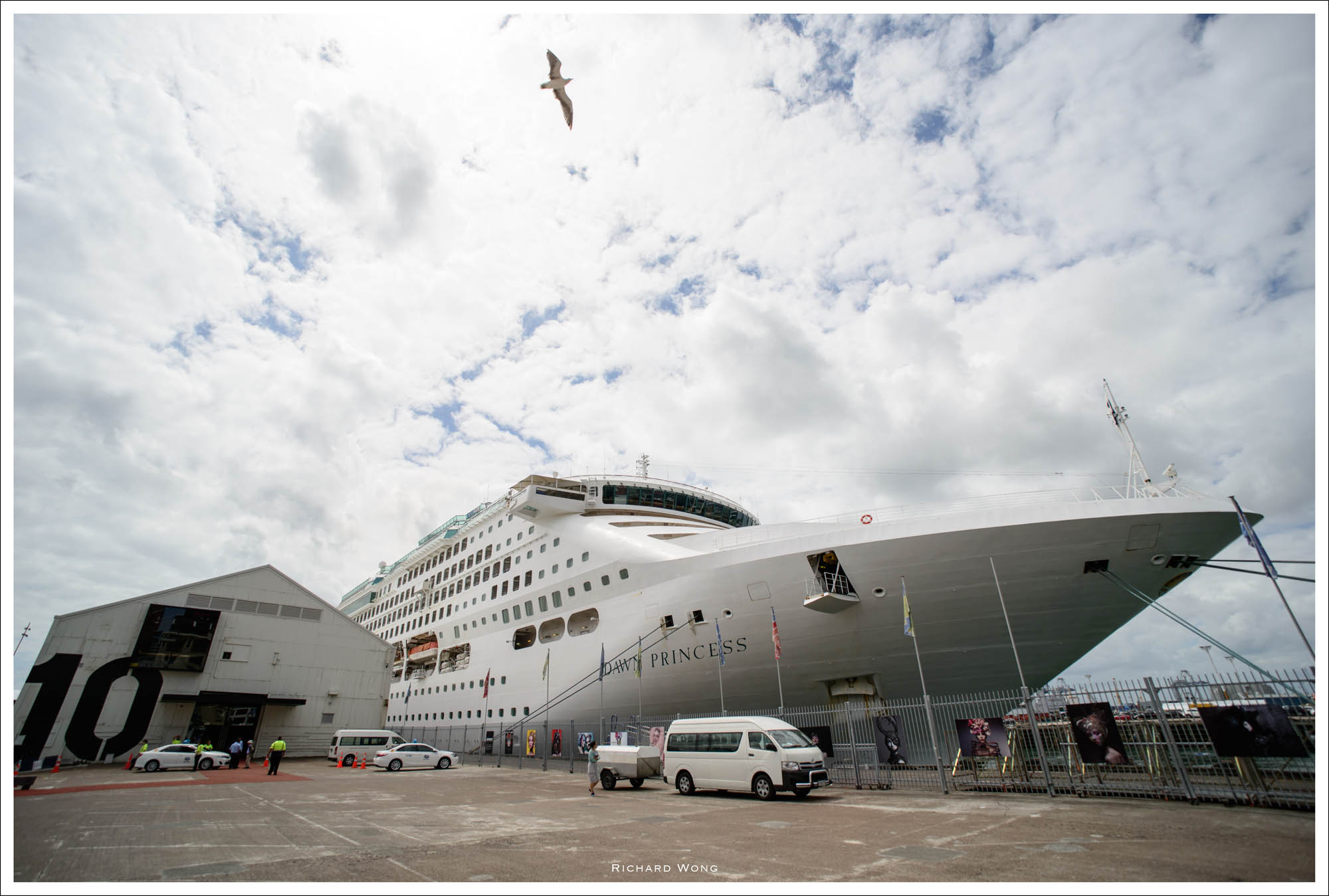 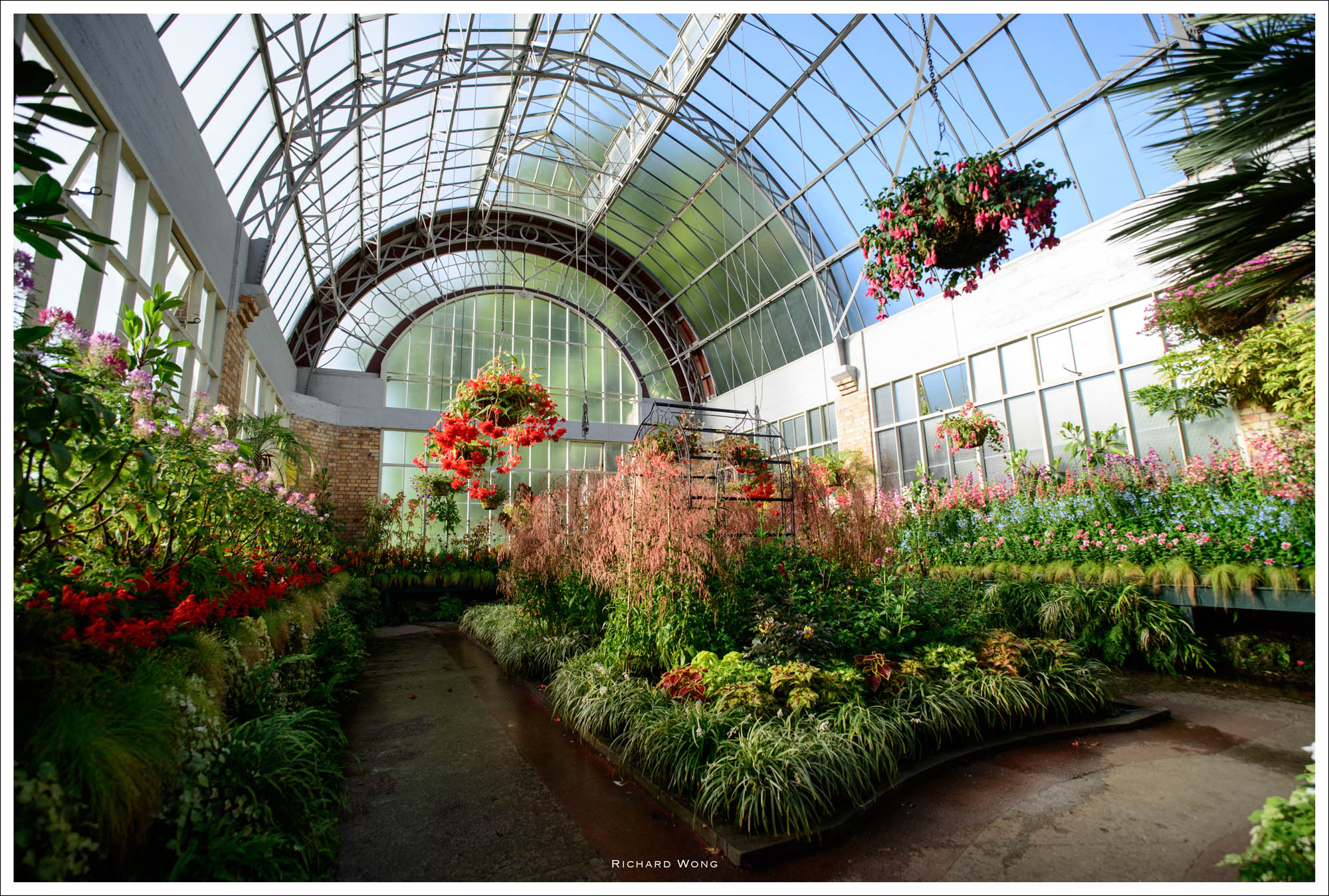 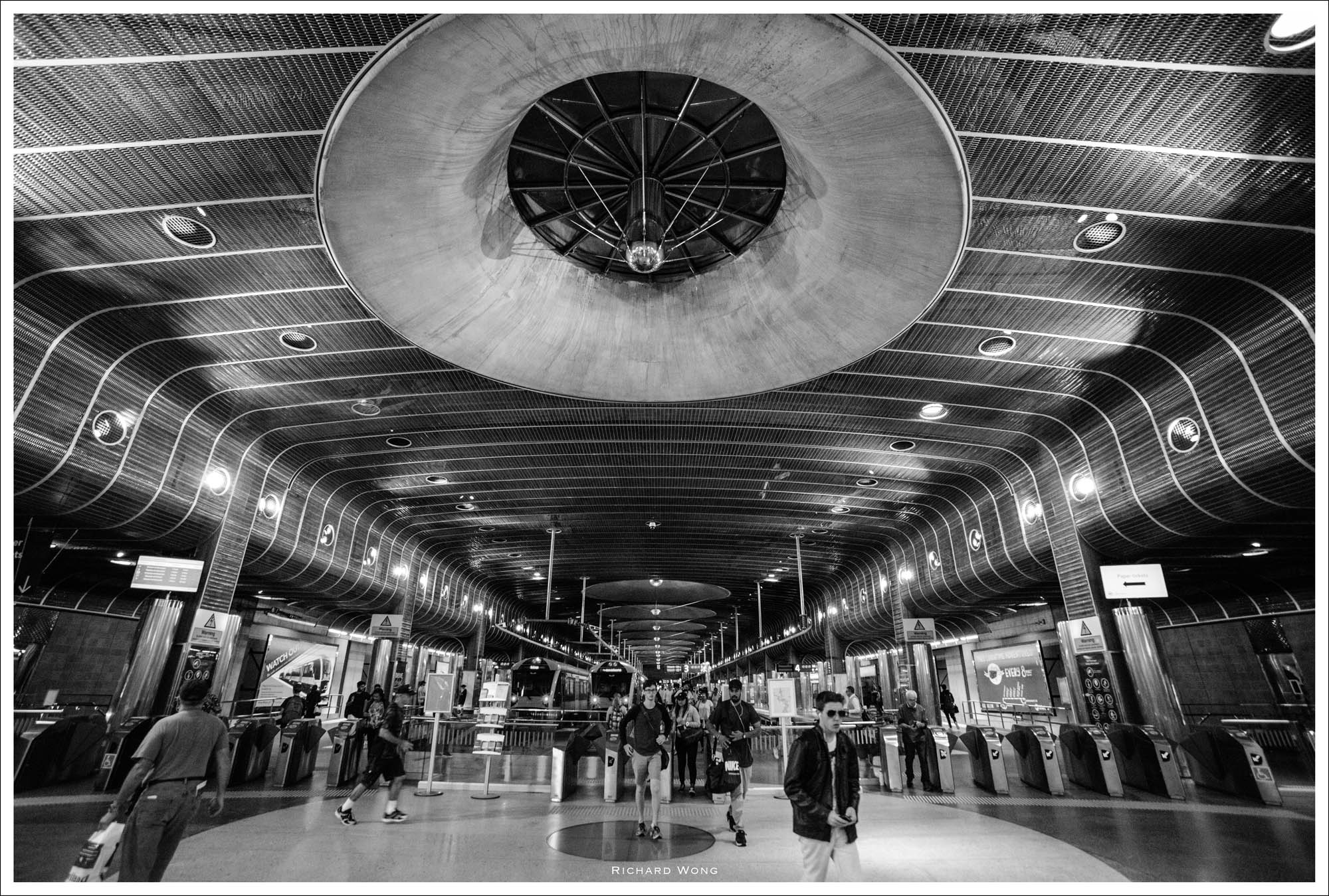 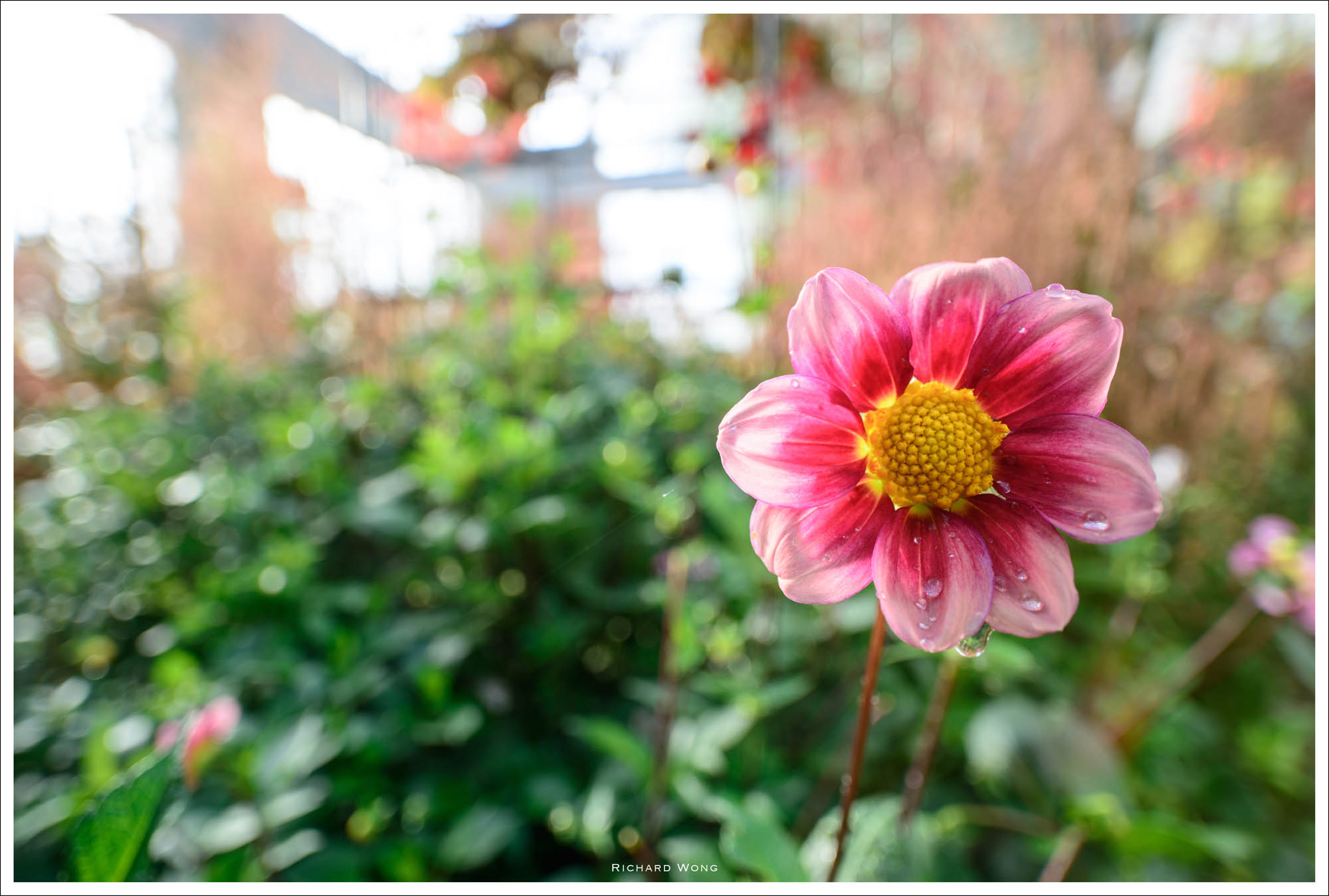