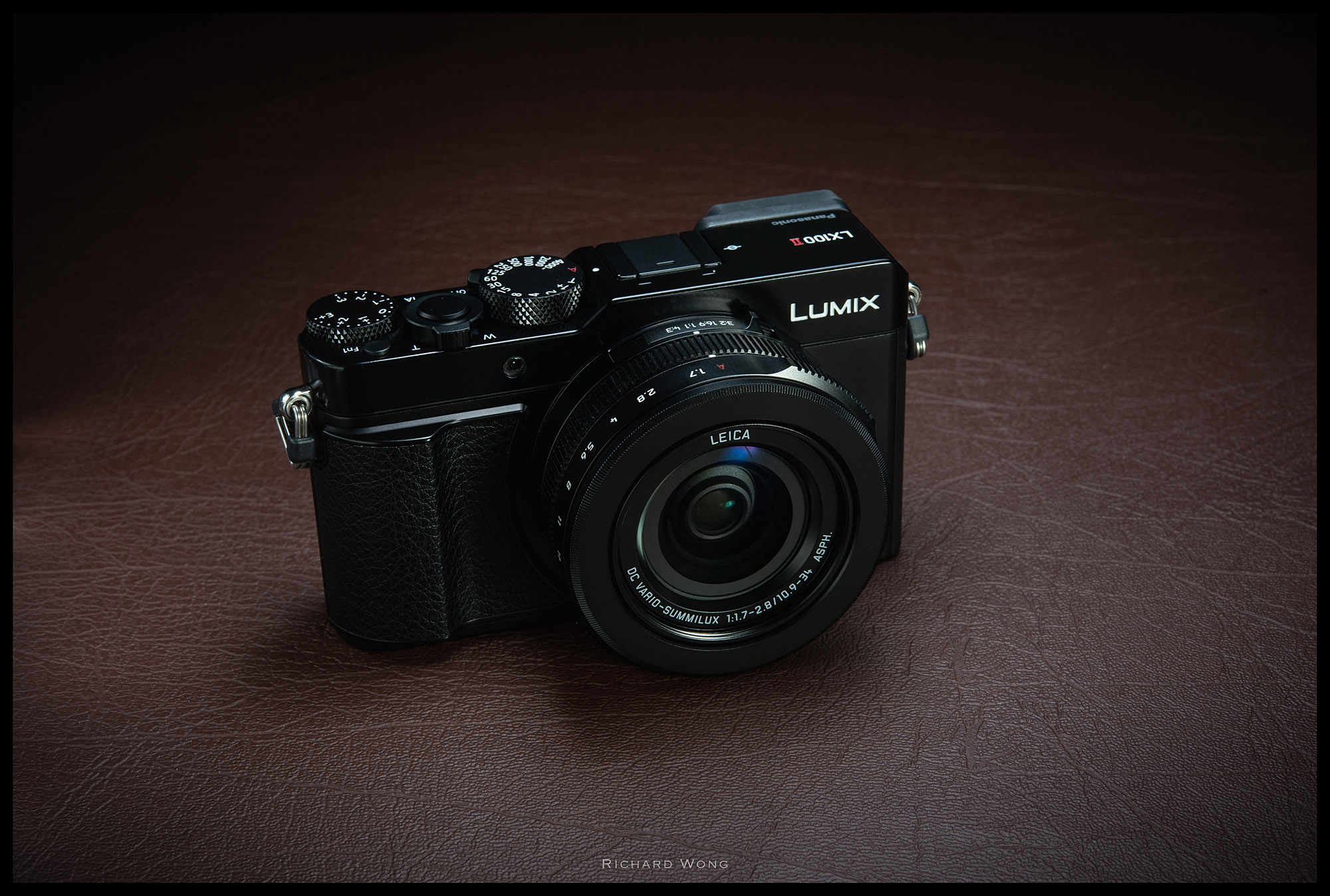 *This review is based on a pre-production Panasonic Lumix LX100 II with firmware 1.0.

The Panasonic Lumix LX100 II is the successor to the Lumix LX100. The camera largely follows the same formula as it’s predecessor. It has a large multi-aspect micro four thirds sensor with a fast 3x Leica optical zoom lens, with a compact solid camera body.

If you have used the original LX100 camera, you would feel right at home when you pick up the LX100 II because the body design is almost identical to the original LX100. Apart from the different texture on the grip, the two cameras look almost exactly the same if you put them side by side. 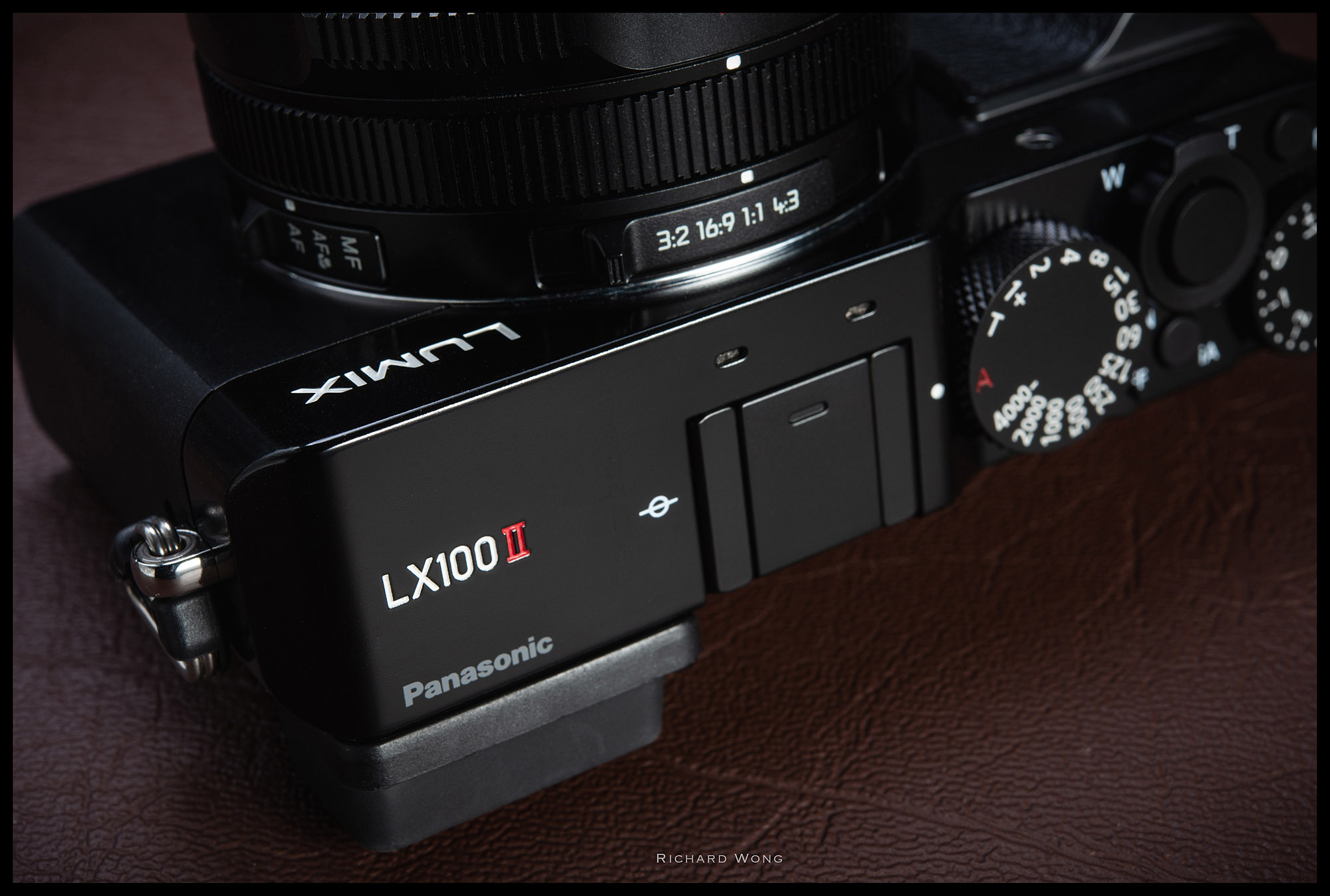 There is also an exposure compensation dial which works not only in Aperture priority and shutter priority mode but also Manual mode (with auto ISO enabled).  I really love this feature as quite often I want to set the aperture and shutter speed to exactly what I want, and I use the exposure compensation dial to control the exposure I want and let the camera adjust the ISO for me. 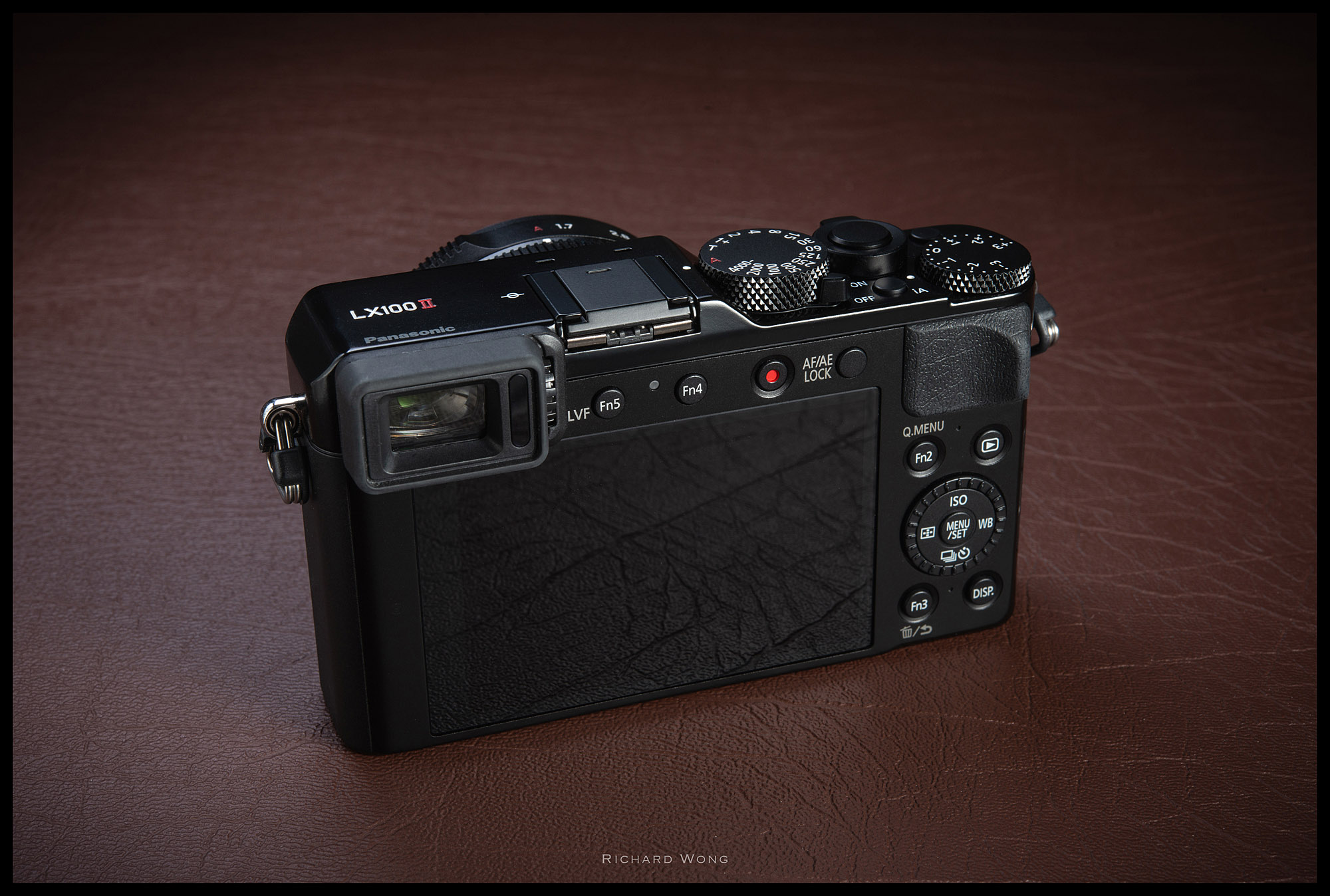 At the back of the camera, you can find the large 3″ LCD screen as well as a fixed built-in electronic viewfinder at the top left of the camera.

The LCD screen is higher resolution at 1240K dots than the original LX100 which is 920k dots. It’s now also touch enabled. I was a bit surprised when Panasonic remind me that the original LX100’s LCD screen did not have a touch screen as I thought all the current model Panasonic cameras have touch screens. But of course I was wrong and the touch screen definitely make the camera feel more complete. I can use the touch AF feature and slide my finger on the touch screen and control the AF point when shooting through the electronic viewfinder.  I know a lot of people want a tilt-able screen for this LX100 successor. Unfortunately the screen is still a fixed one, no tilt-able screen and a lot of people will be disappointed.

The electronic viewfinder is unchanged and it’s the same 16:9 2760k dots sequential field type EVF you can find on the LX100. The magnification is 0.7x so it’s not a huge EVF but i find it large enough and still quite nice for a small camera like this. Some people complaints about the rainbow tearing effect with the sequential field type EVF but personally I never experience that issue myself.

The buttons layout is identical to the LX100 and in typical Panasonic layout. 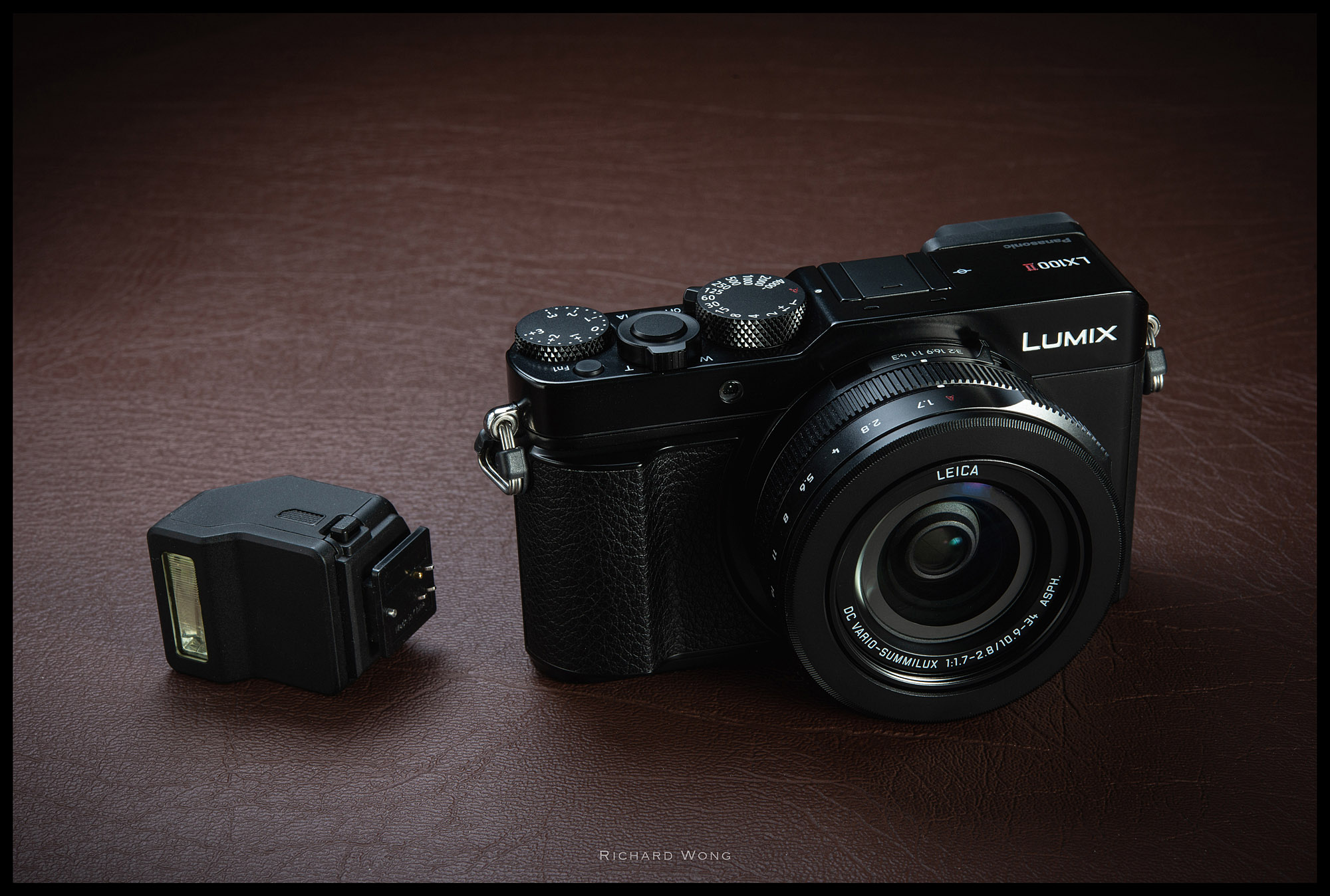 The LX100 II doesn’t have a built-in flash. Instead Panasonic has included a small external flash which can be mounted onto the camera’s hot shoe mount. I have not really tested the flash as I never found myself needed to use it when testing the camera because the low light performance and dynamic range of the LX100 II is pretty decent. Frankly if I have bought the camera, the chance are I would probably never use the external flash and just leave it in the box.

I like how compact the camera is and how easy it is to carry it with me everyday. I can even fit it into my jean pocket even though it does look and feel a bit awkward. The camera is not that much bigger than some other 1″ sensor premium compact camera in the market but LX100 II’s sensor is quite a bit bigger so it does give us better image quality especially low light performance which I’ll talk about a bit later in this review

Overall I find the handling of the camera fantastic. Everything is very easy to use. Controls and dials aren’t too small and easy to reach. Even for people like me who love to manually adjust a lot of settings frequently. The only thing I want to complaint about is that when I turn on the camera, it takes about 1-2 seconds for the lens to expand from it’s collapsed state before I can start taking photos. And it also takes 1-2 seconds for the lens to return to it’s collapsed state when I turn off the camera or when the camera goes to sleep mode. I would much prefer if it’s not motorised design and let me mechanically extend and retract the lens. One reason is that it will probably be a bit faster, but I also feel it can save a bit of battery as the LX100 II doesn’t really have a huge battery.

I’m not exactly sure what causes the slightly reduced battery life, maybe it uses a different processor or the sensor itself? The battery can last half day of normal shooting but if you are planning on a full day of shooting, you’ll need to get 1 or 2 spare battery. Fortunately, the camera now supports USB charging. You can easily top up the camera using an external USB source when you are travelling. However, you can only charge the battery when the camera is turned off. 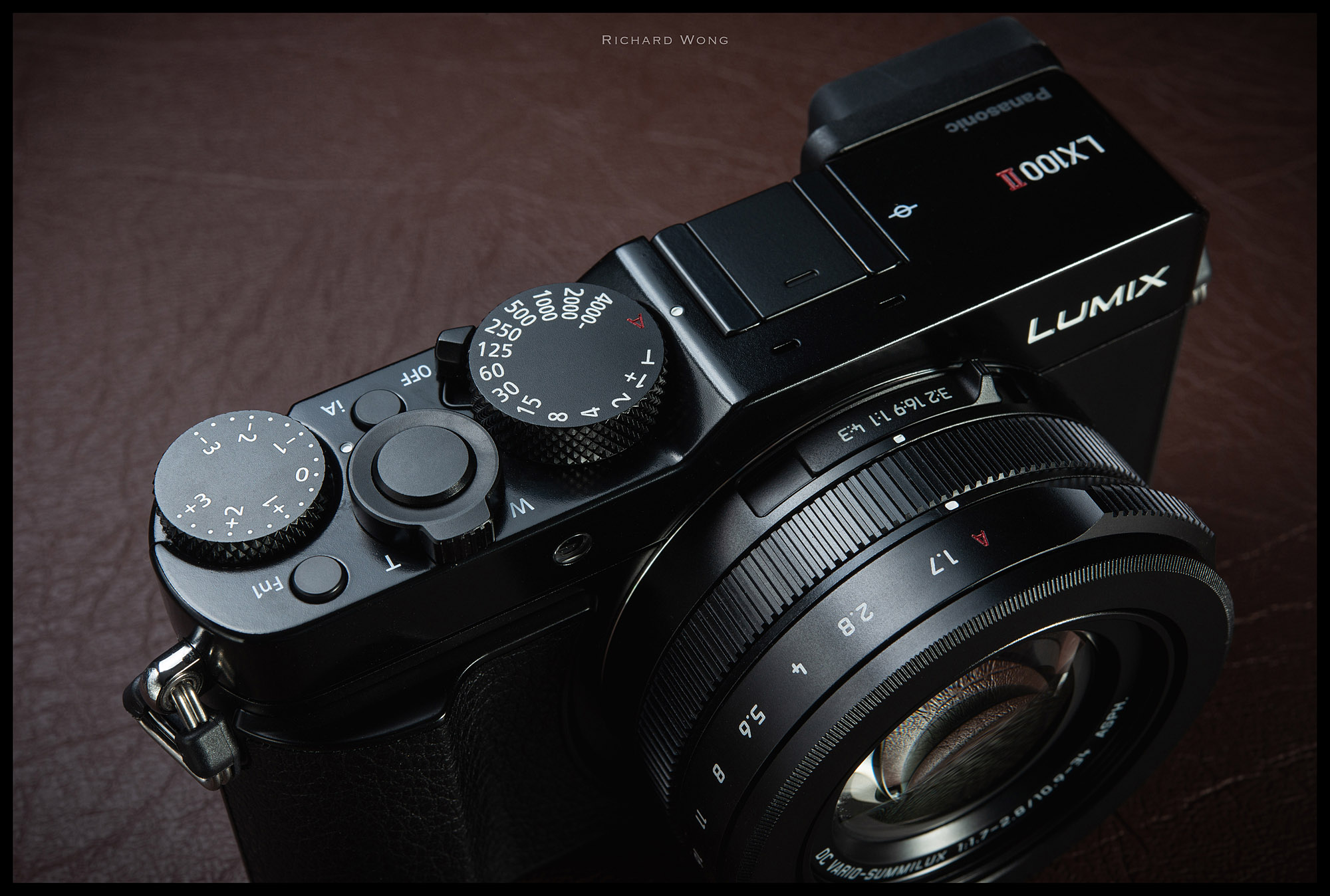 Next, let’s talk about the lens. The LX100 II has a Leica 24-75mm f/1.7-2.8 lens. It’s a really fast zoom lens consider the camera has a large micro four thirds size sensor behind the lens. I believe the lens is identical to the LX100, this is not a bad thing as LX100 lens has great optical performance.

Sharpness is very good from center to the edges, even when you are shooting at maximum aperture.

There is a bit of distortion especially at wide angle. But the distortion is not too bad consider it’s a compact and collapsable zoom lens.

Colours are beautiful and bokeh is also pretty pleasant thanks to its 9 diaphragm blades design. 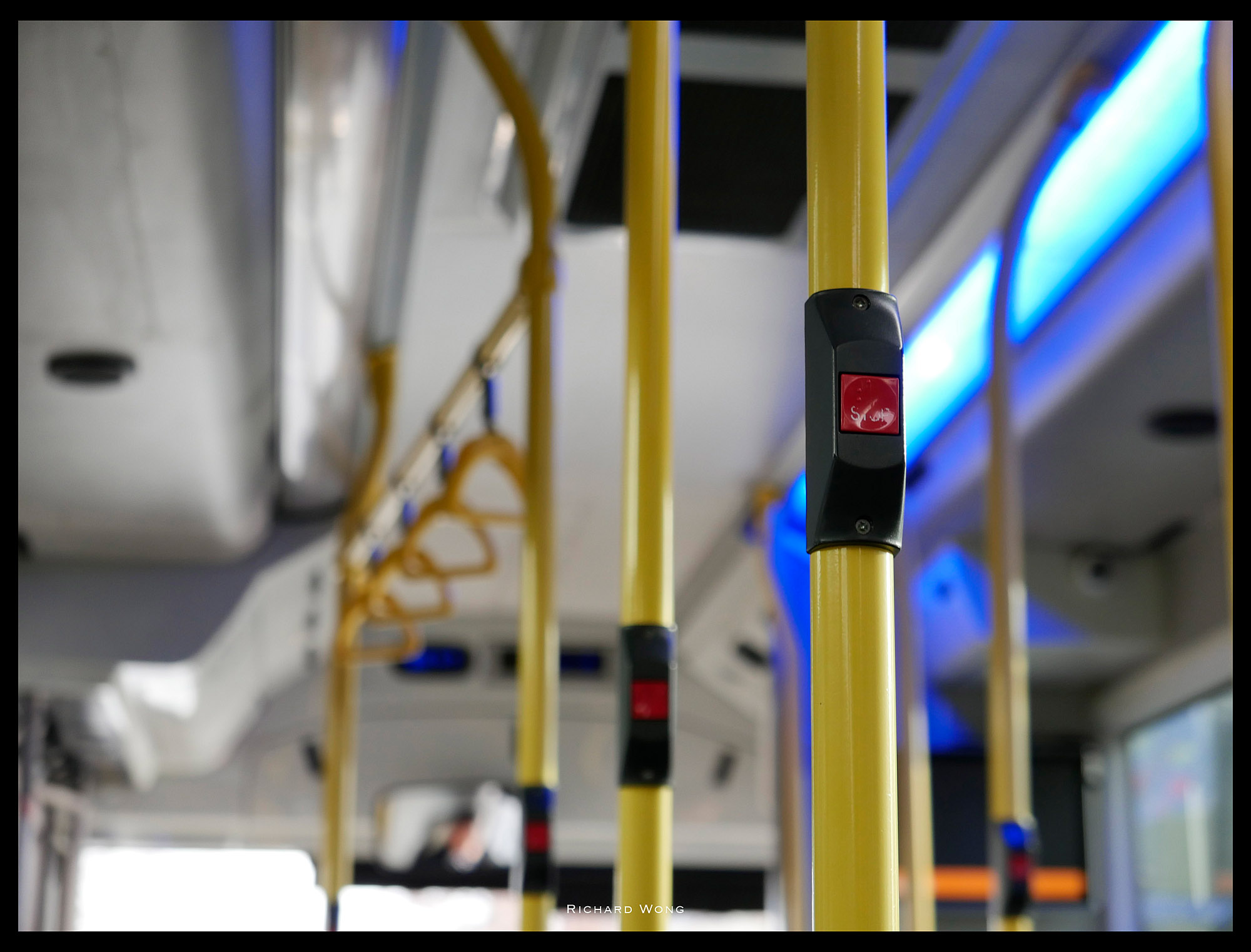 There is a bit of lens flare when you are shooting into a bright light source, especially more noticeable when the foreground is dark. I definitely won’t call the lens flare terrible as it isn’t and you may not notice it at all in 99% of your photos. But if you compare it with the Leica 12-60 f/2.8-4 lens, the LX100 II does have more lens flare. 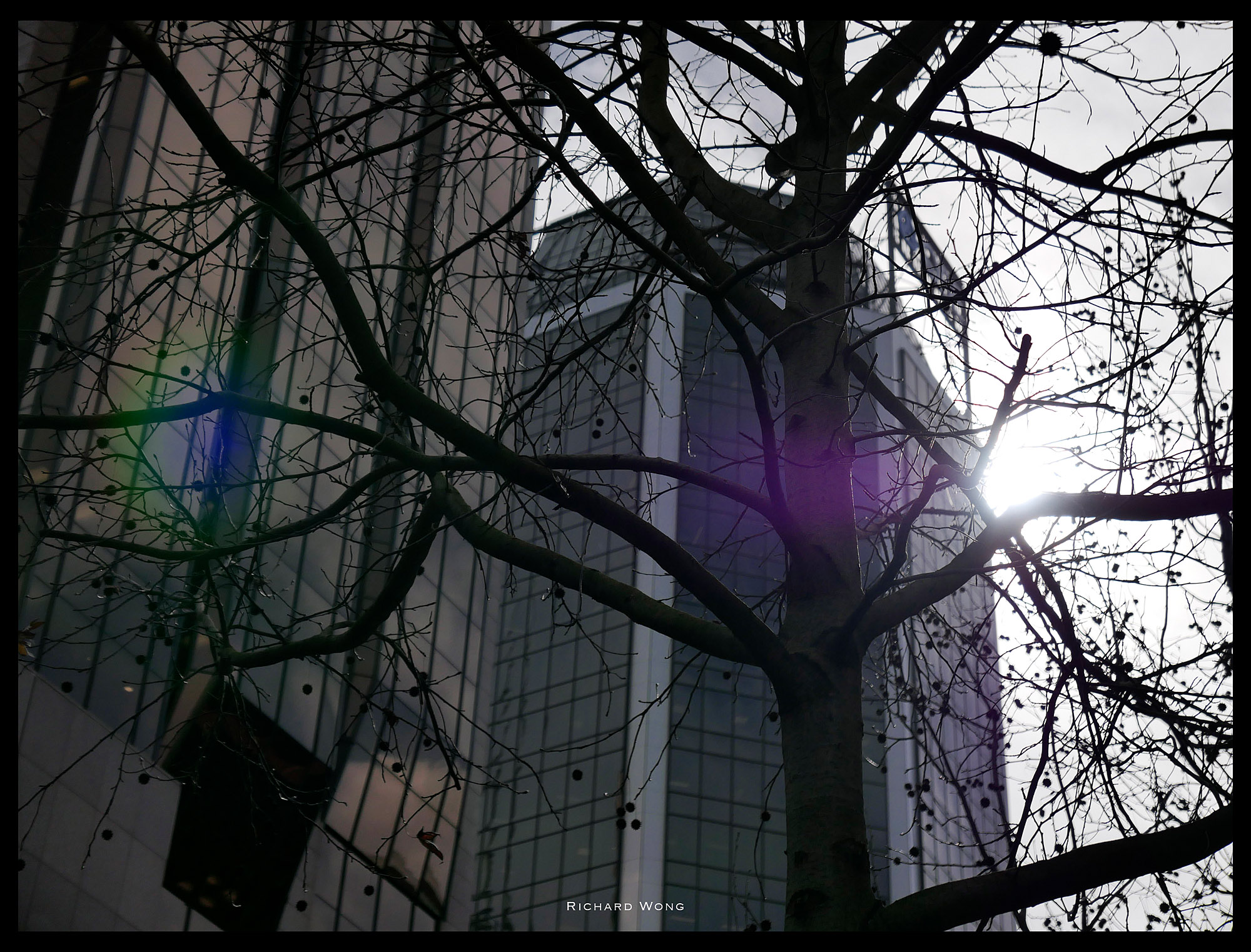 The camera also has a macro mode. By flicking the autofocus switch on the lens to macro mode, the camera can autofocus down to 3cm compare to the usual 5cm.  While it’s not exactly a 1:1 macro lens, it does allows you to take close up photos easily. 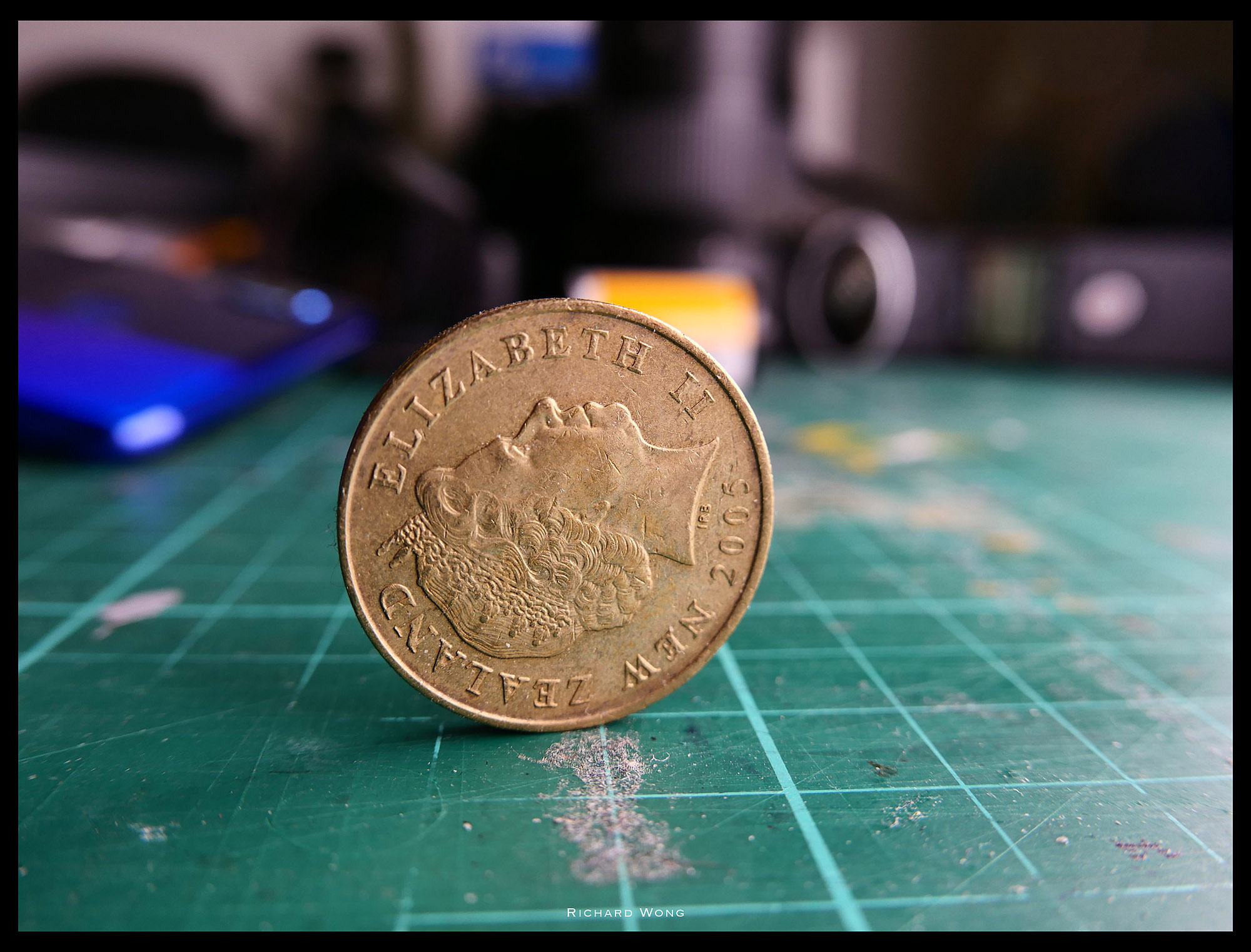 As RAW reader is not available yet when I was testing the camera, all the image quality tests were based on the camera generated JPG files.

Overall, the image quality, dynamic range are all pretty decent and very similar to the GX9. 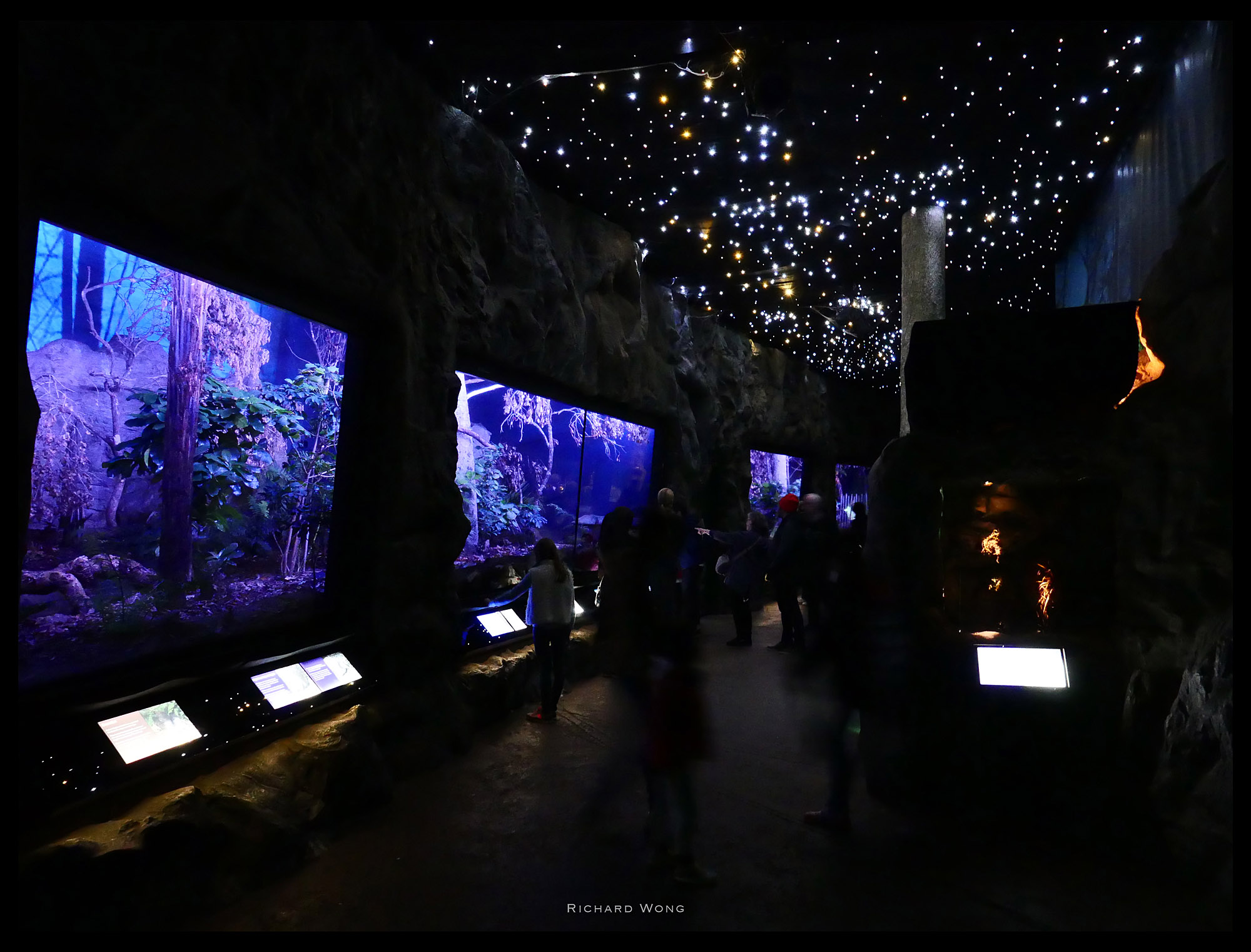 Re the high ISO performance, up to ISO6400 the image quality is still decent even when you examine the photos at 100% zoom level. At ISO 12800 the image quality starting to drop significantly. And maximum ISO 25600 is better reserved for emergency use only when shooting under very dim area.

Click the photo above to see it at full size

Panasonic has also added some of their new photo style modes to the LX100 II. There is the new L Monochrome and L Monochrome D picture style. There is also a grain effect option. In the last year or so, Panasonic has improved their colour science quite a bit and they have also improved the colour rendering of the LX100 II. LX100 II’s straight out of camera JPGs are absolutely beautiful. I love shooting colour photos using the VIVID picture style and when I shoot black and white, I love the Monochrome D photo style. If you are a JPG shooter, the new photo style and the improvements in colour science might already give you a good reason for you to upgrade your camera. 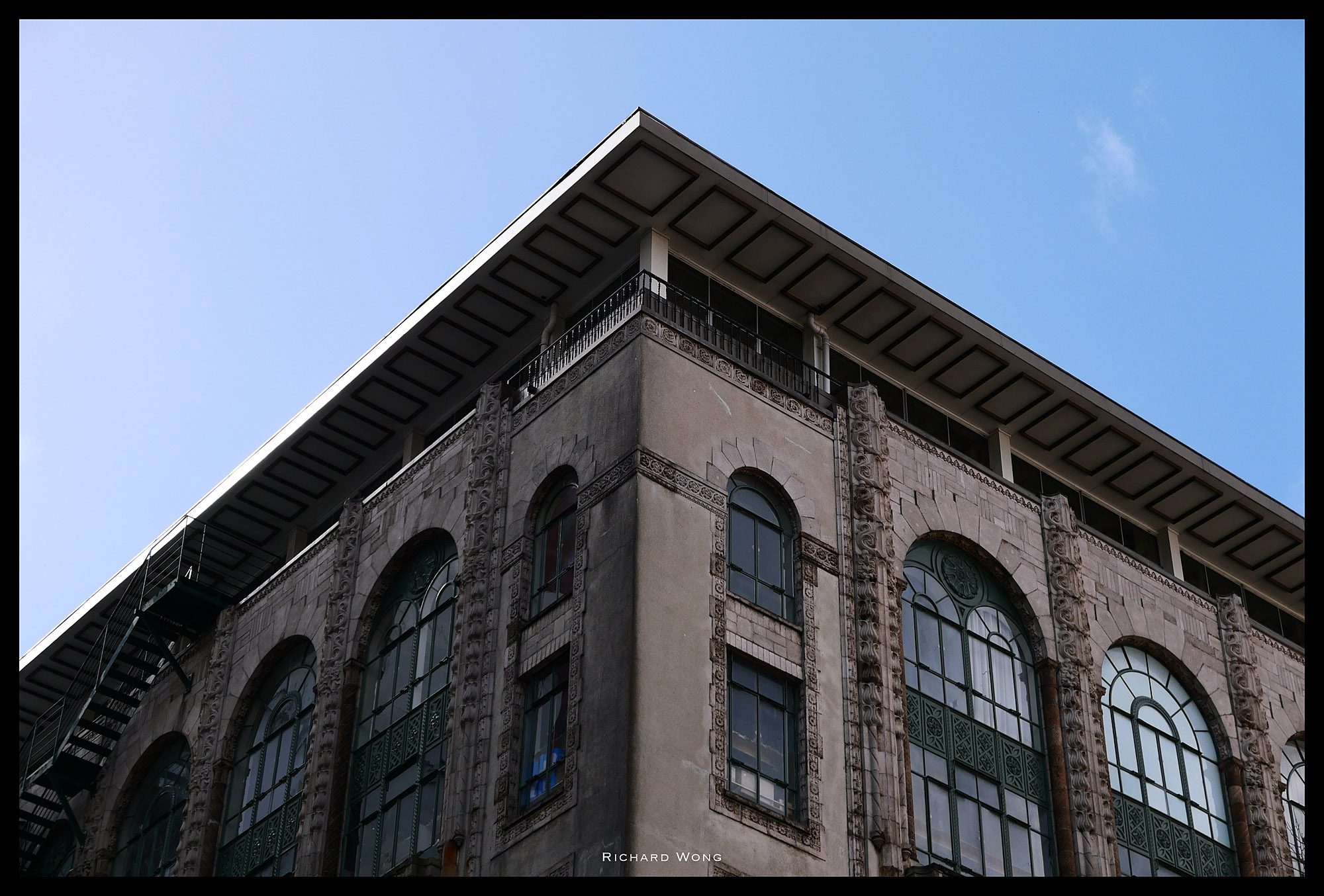 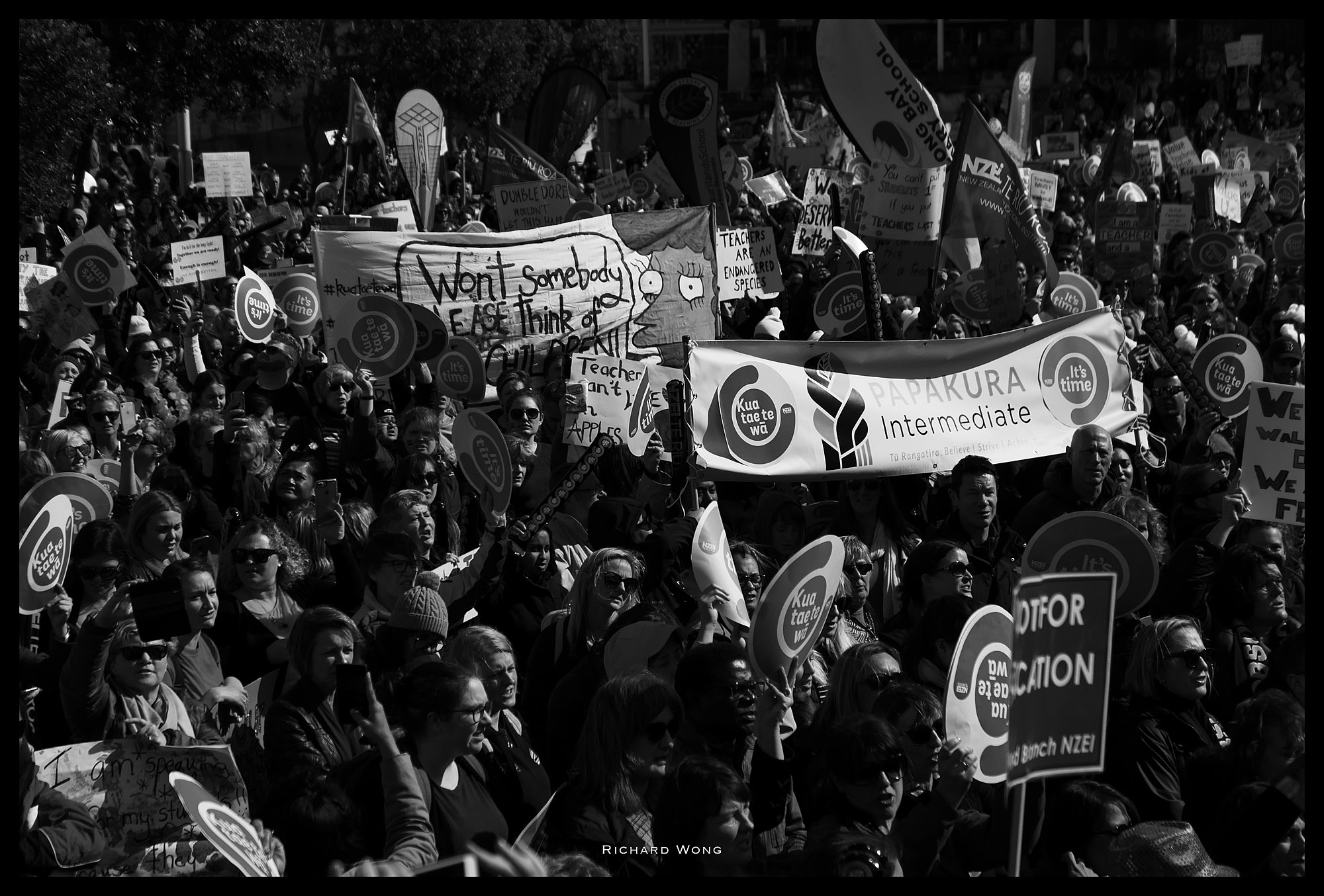 Despite increase in image resolution, Panasonic has also increased the buffer size. The LX100 II now has a 33 RAW file buffer, compares to only 9 RAW file with the original LX100. For this type of camera, 33 RAW file buffer is probably a bit overkill. 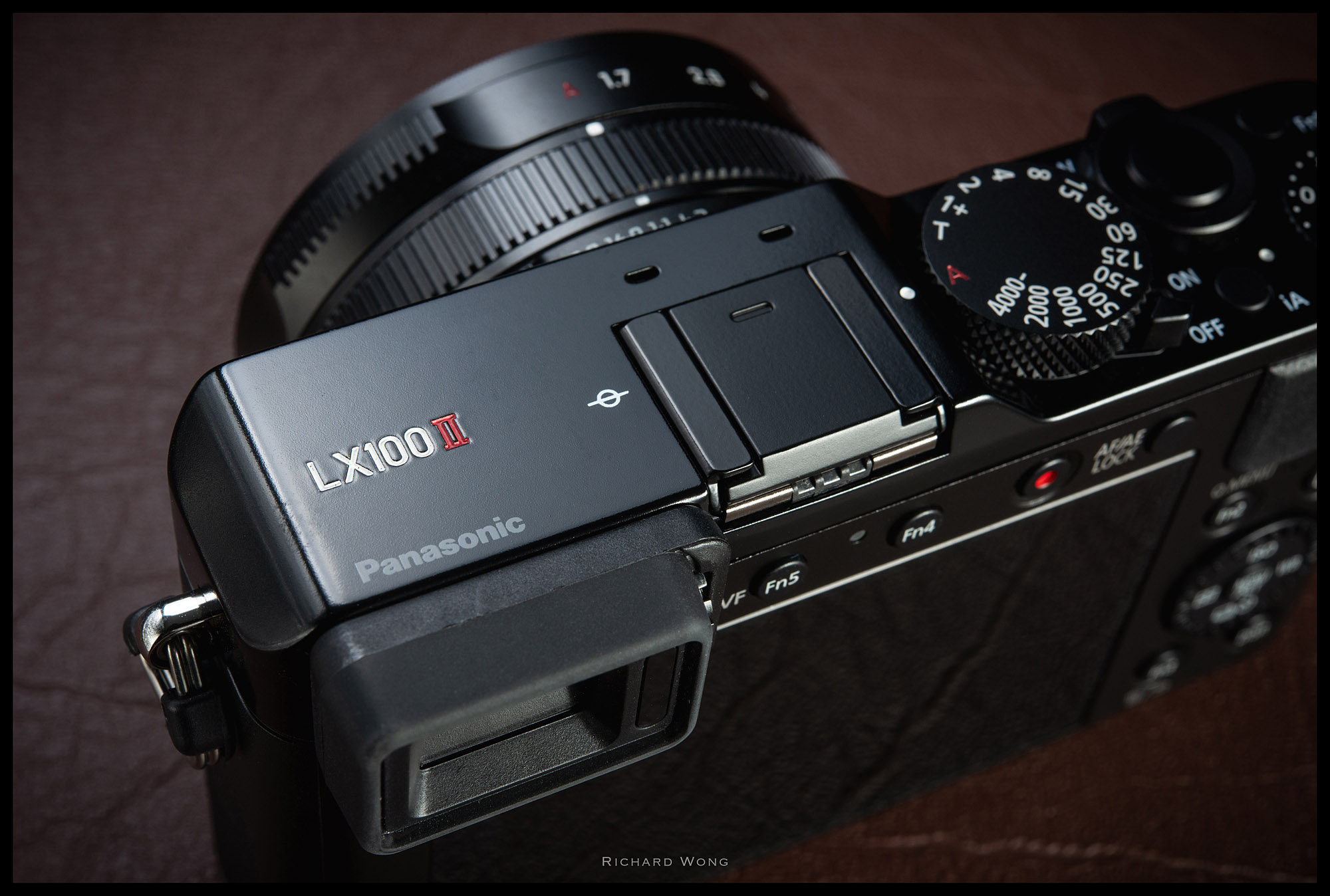 The LX100 II uses the same BLG10 battery as the original LX100. However, the battery life is 340 frame when you use the LCD screen, which is actually slightly worse than the LX100, 10 frames less than the rated battery life of the LX100. I’m not exactly sure why the battery life has decreased. Maybe it’s due to the new image sensor? Or processor?

In real life, the battery life is OK. It last about half day of shooting. It means if you are planning to do a full day of shooting, you really should go get yourself a spare battery or two.

Speak of battery life, the LX100 II now supports USB charging. This is very handy as you can top up your battery easily when you are travelling. Just remember that you can’t use the camera when you are charging the battery.

The camera has both Wifi and bluetooth connection. Setup your smartphone to remote control the camera, or just as a remote shutter or transfer files between the devices is very easy.

When Panasonic show me the LX100II, I was disappointed as there doesn’t seem to be any exciting new changes that comes with the camera. And it’s being 4 years since the original LX100 was released so just like a lot of you, I was expecting a lot of changes maybe even a completely new design. But after using the camera for about a week or so, I starting to notice that the changes, even though none of them is dramatic or super exciting, they are all very useful upgrades to the users. For example, the new higher resolution sensor, the touch screen even though still non-tiltable, bluetooth connection, USB charging, the much bigger image buffer,  the improved colour science and new picture profiles..etc, all these things, individually they are not big but when you add them all up, it does make the LX100 II a very solid upgrade to the original LX100.

If you were not a fan of the original LX100, you probably won’t fall in love with the new LX100II.
Otherwise, the seemingly unexciting upgrades comes with the LX 100 II actually makes it a much better camera when used in real life. 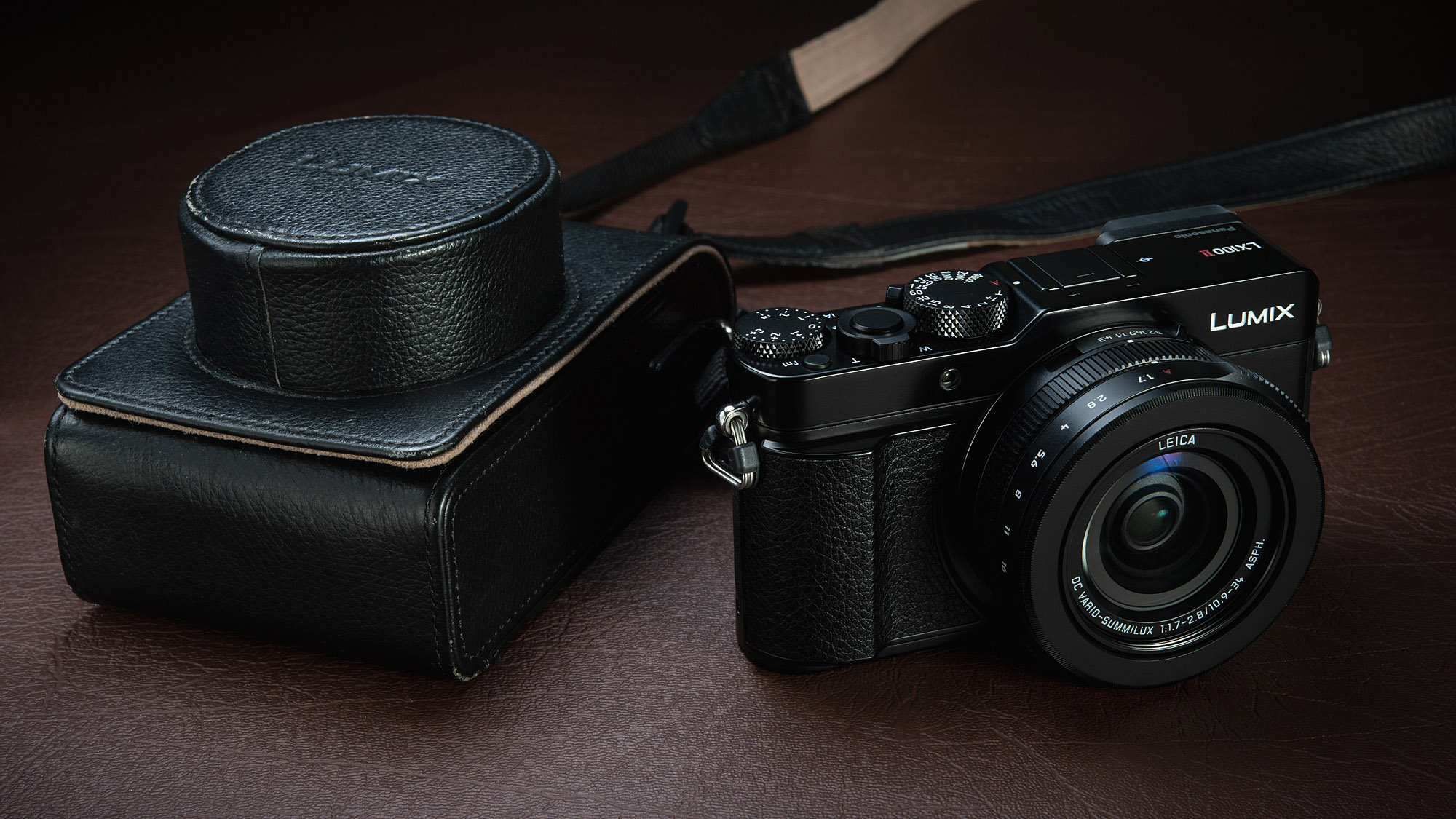 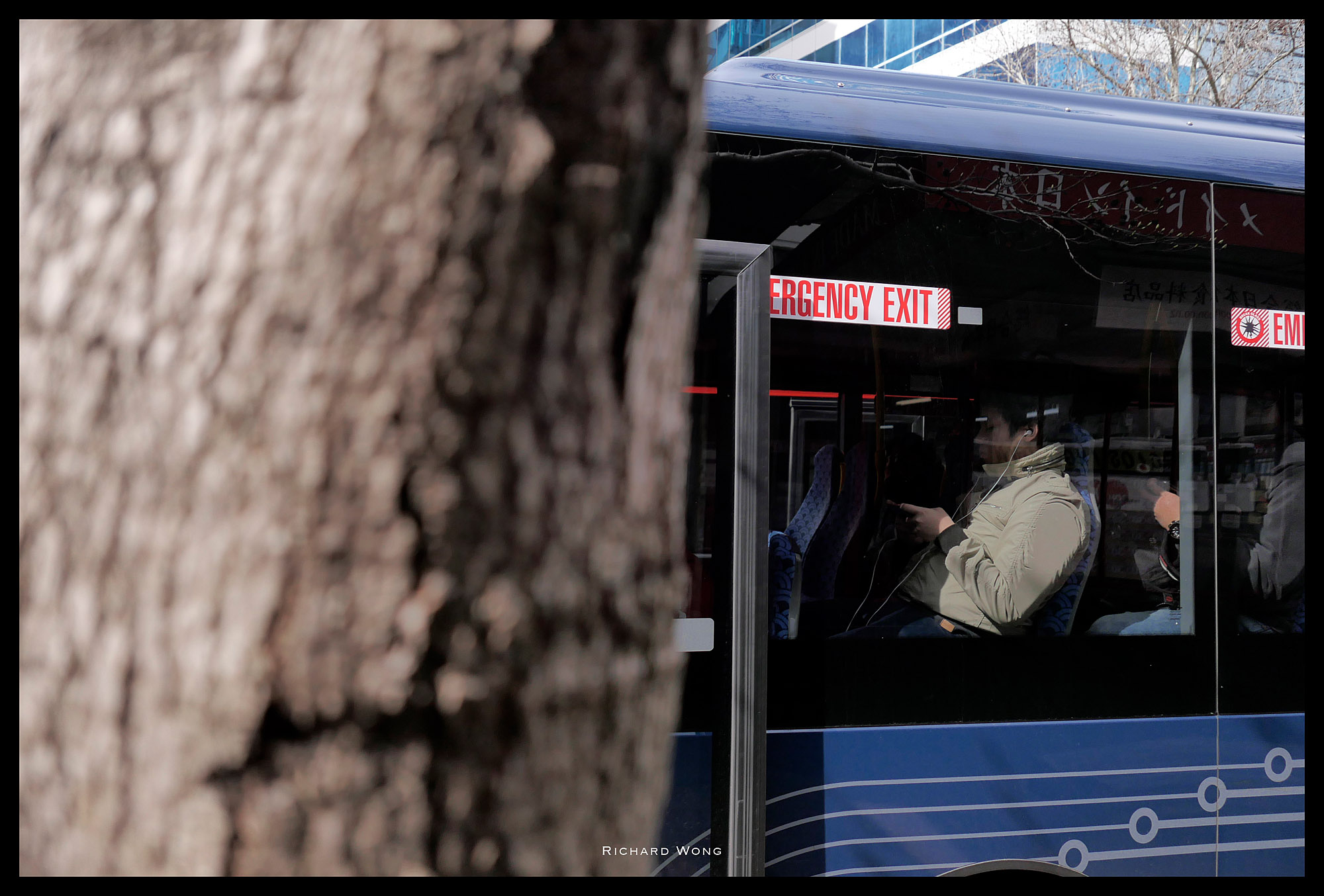 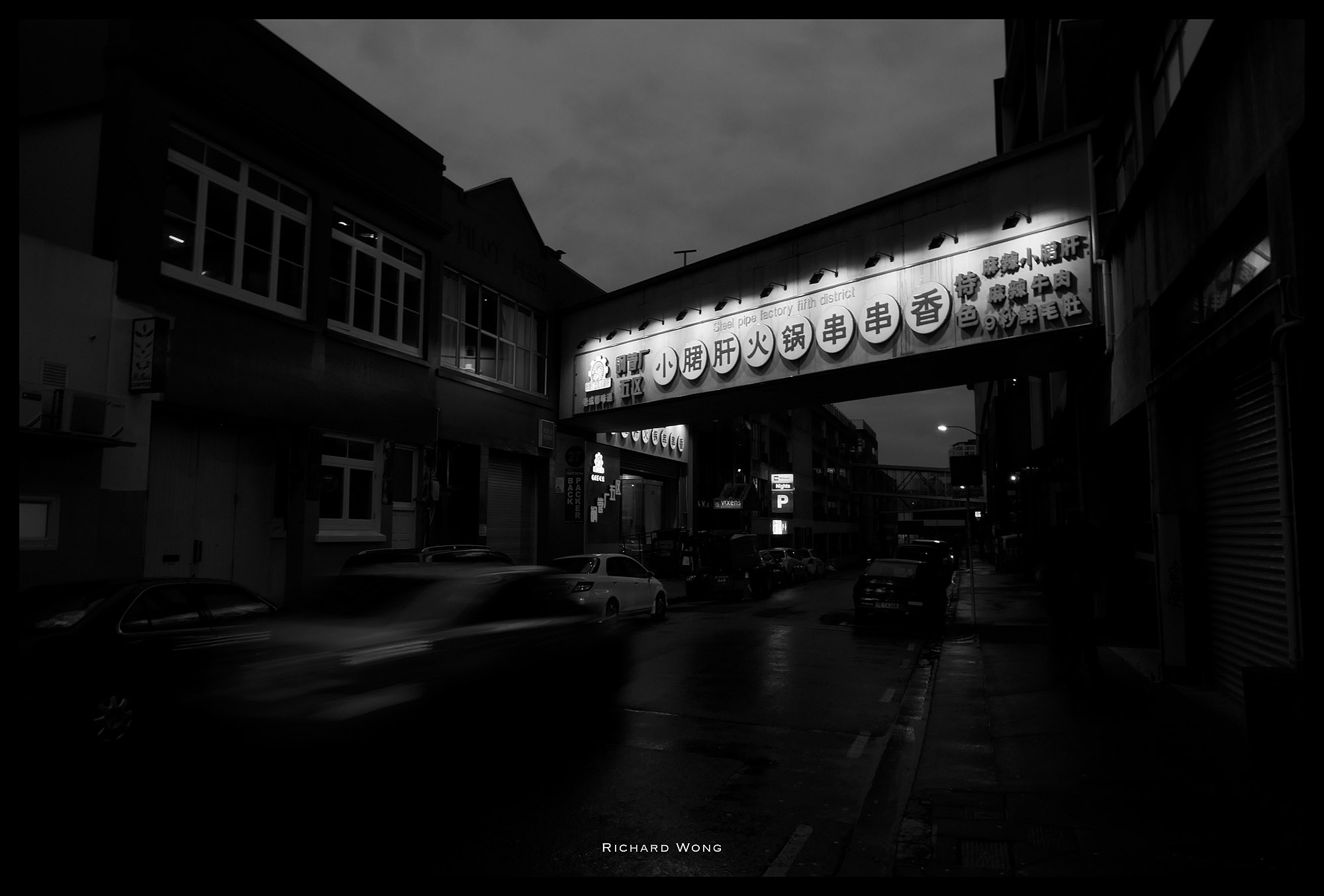 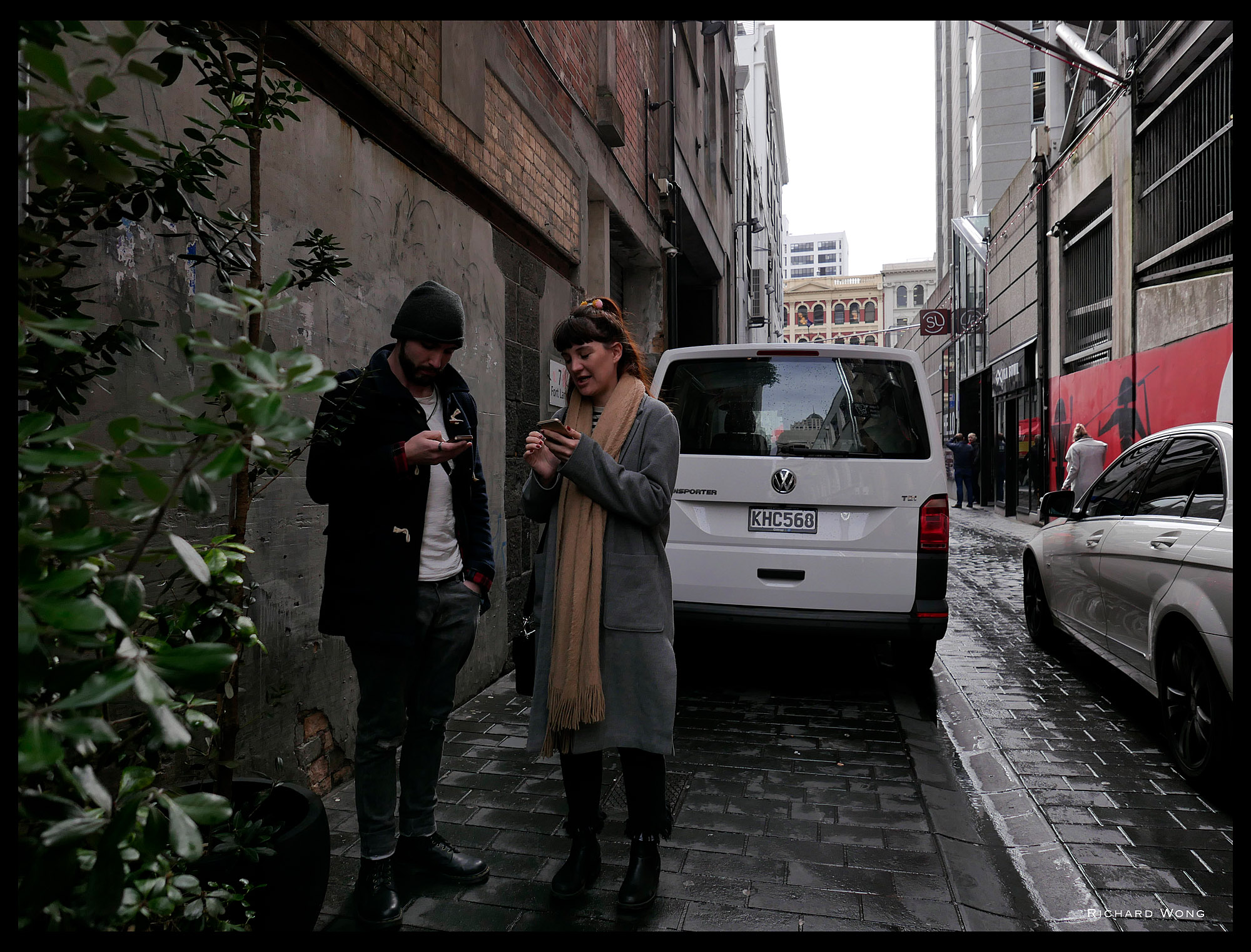 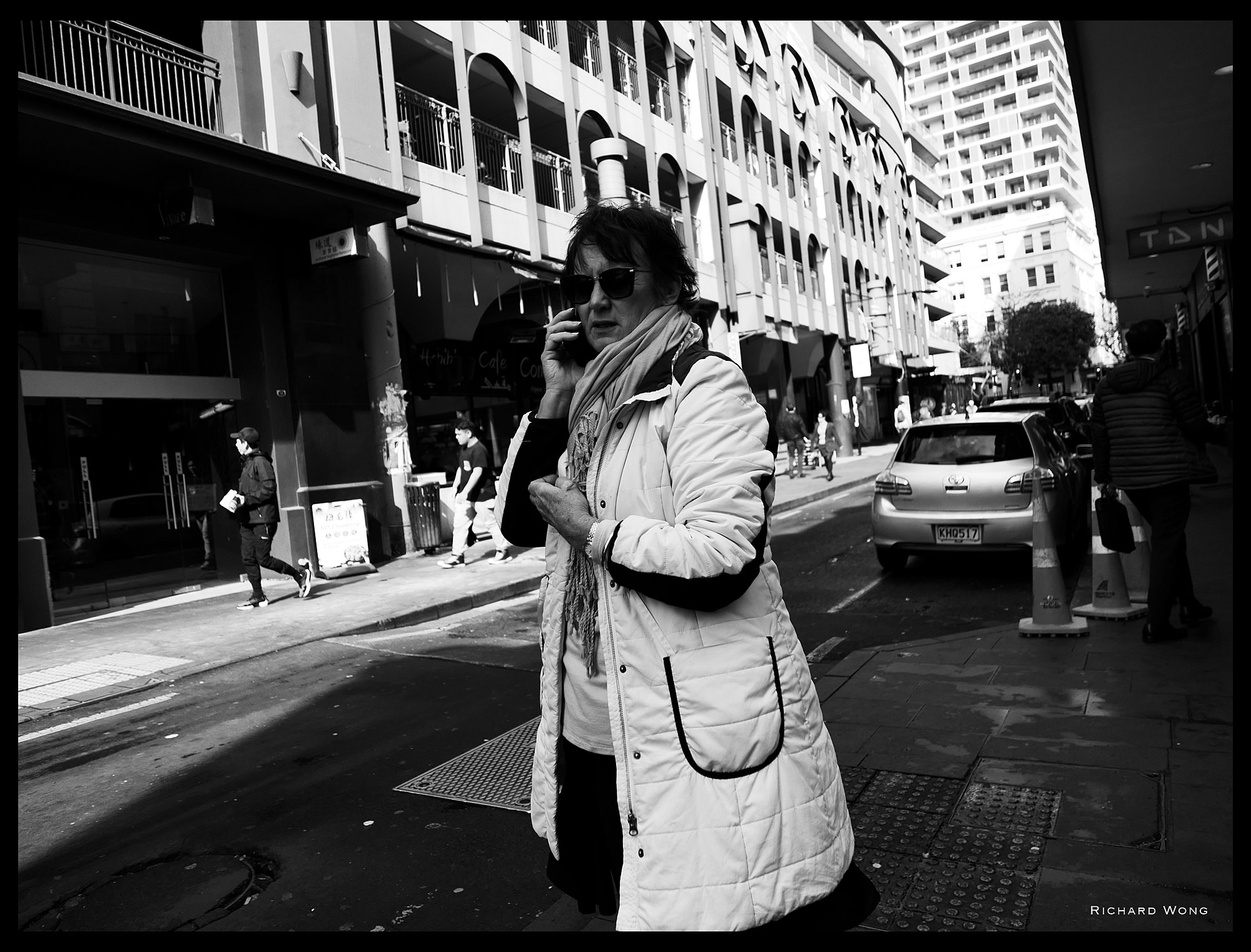 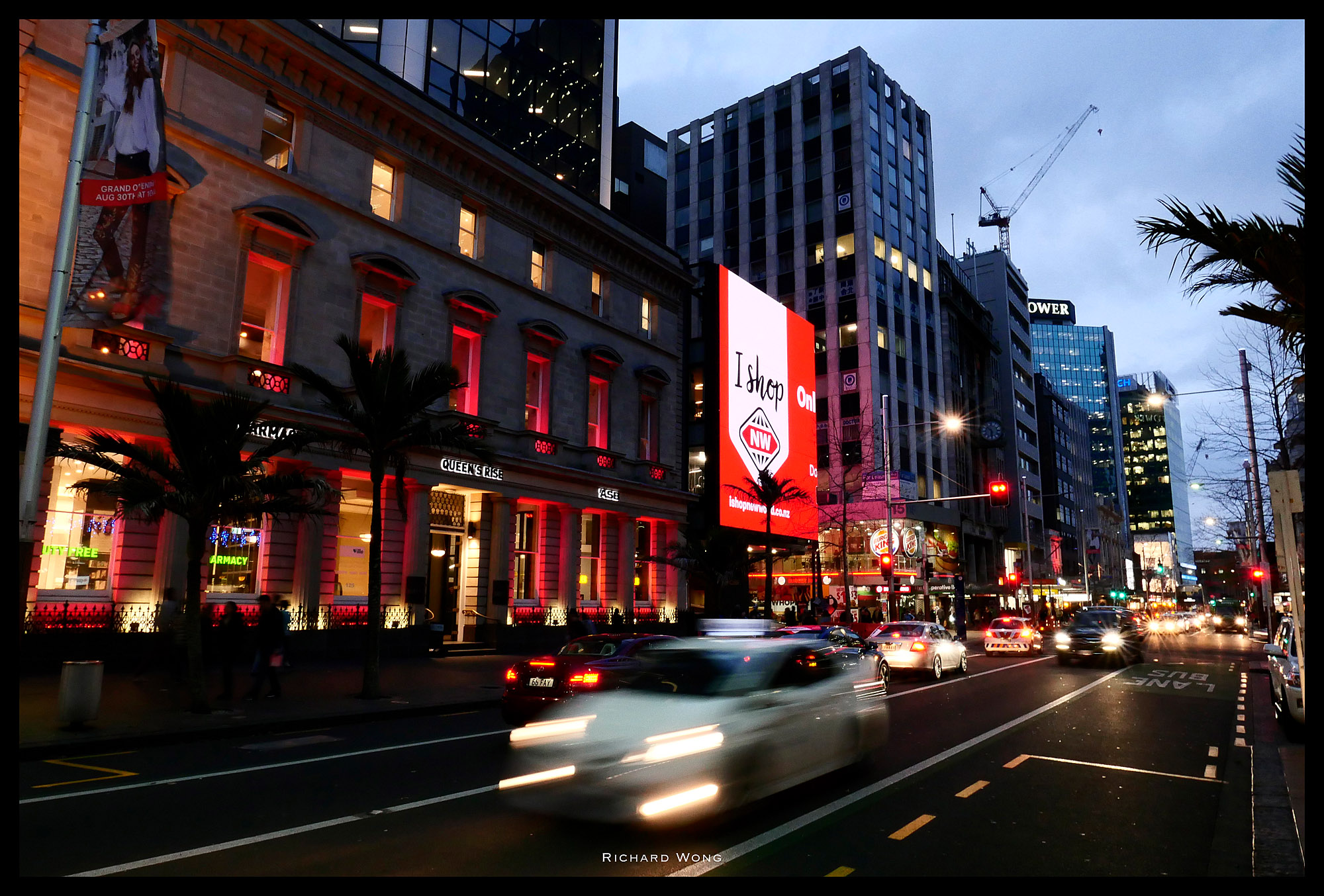 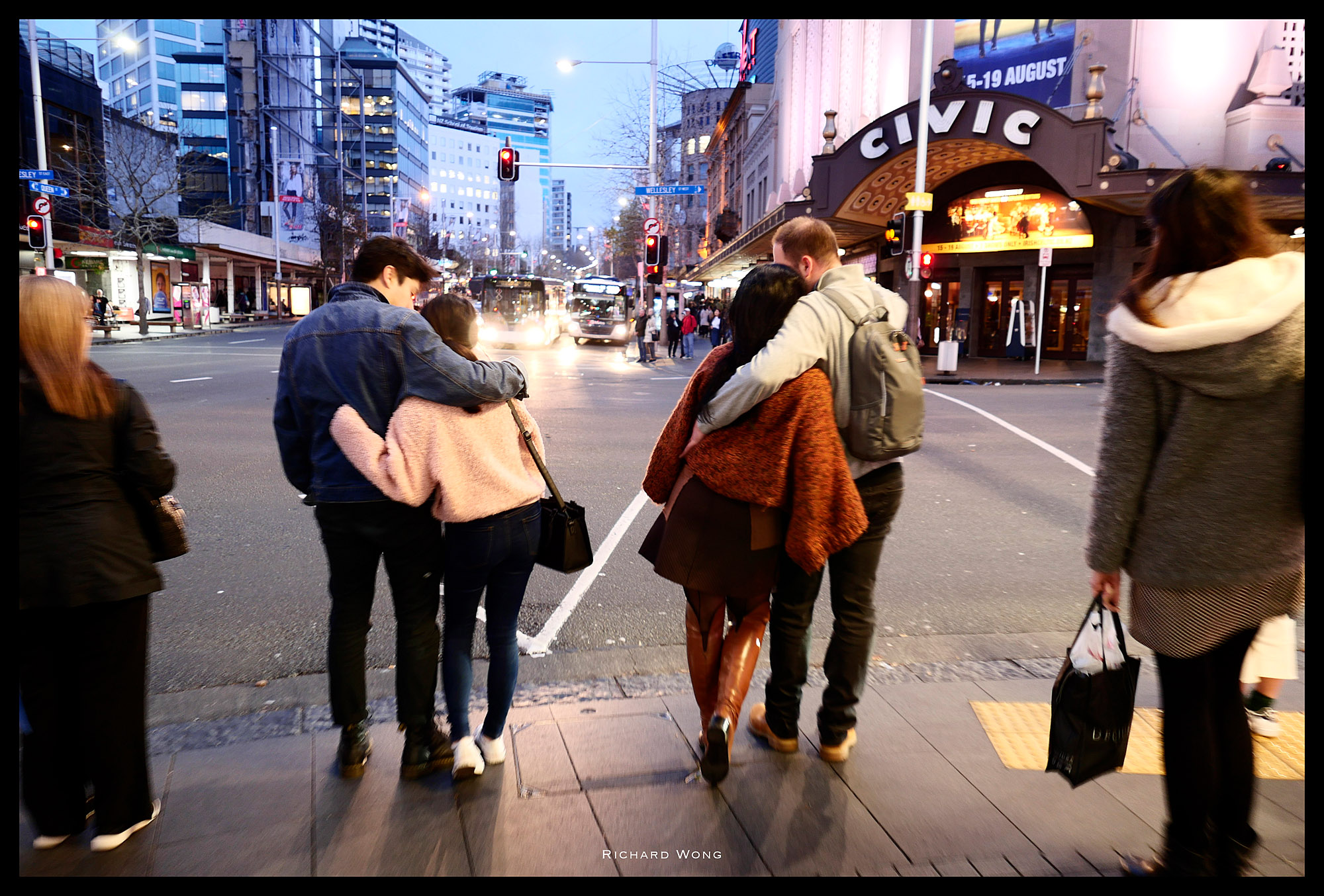 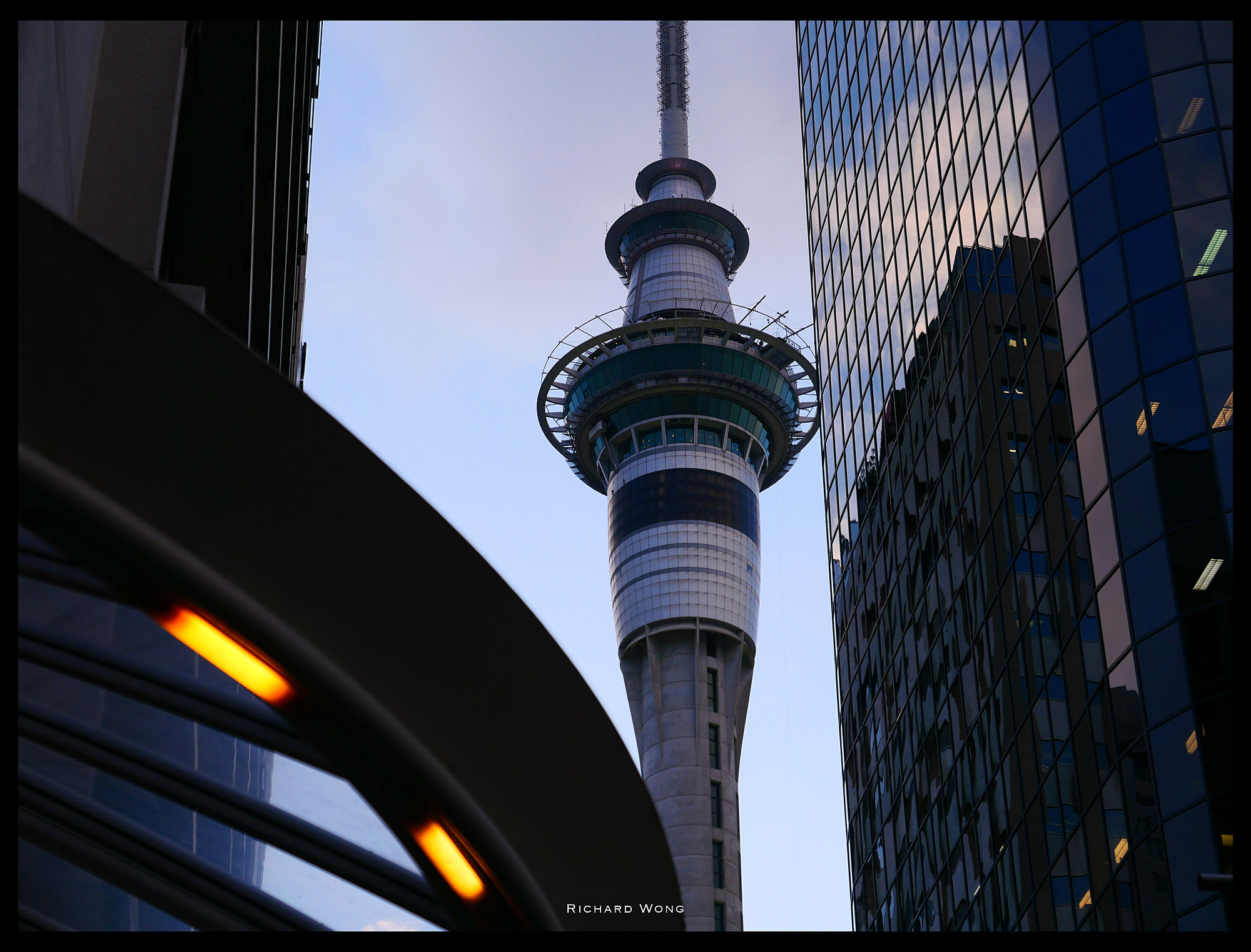 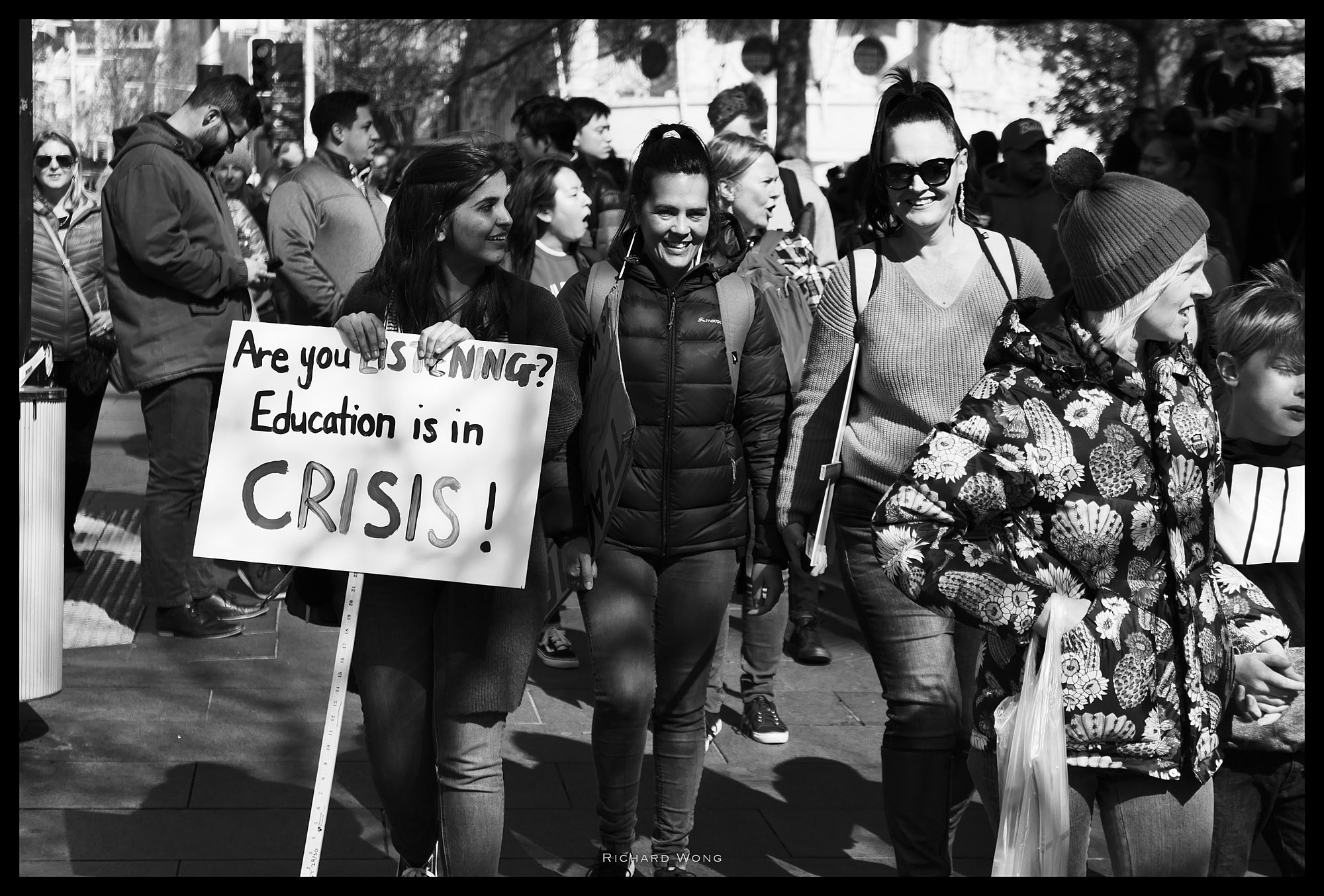 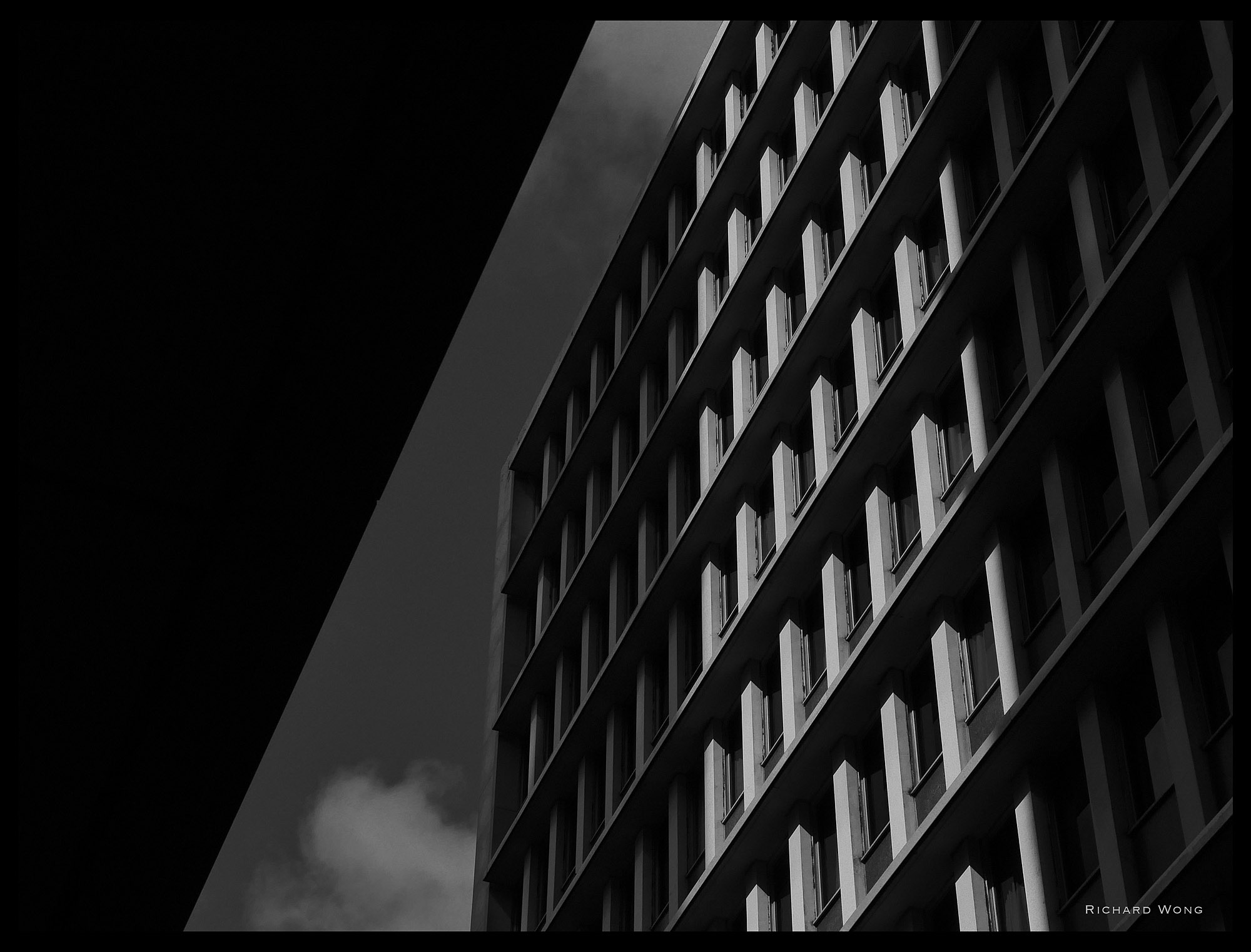 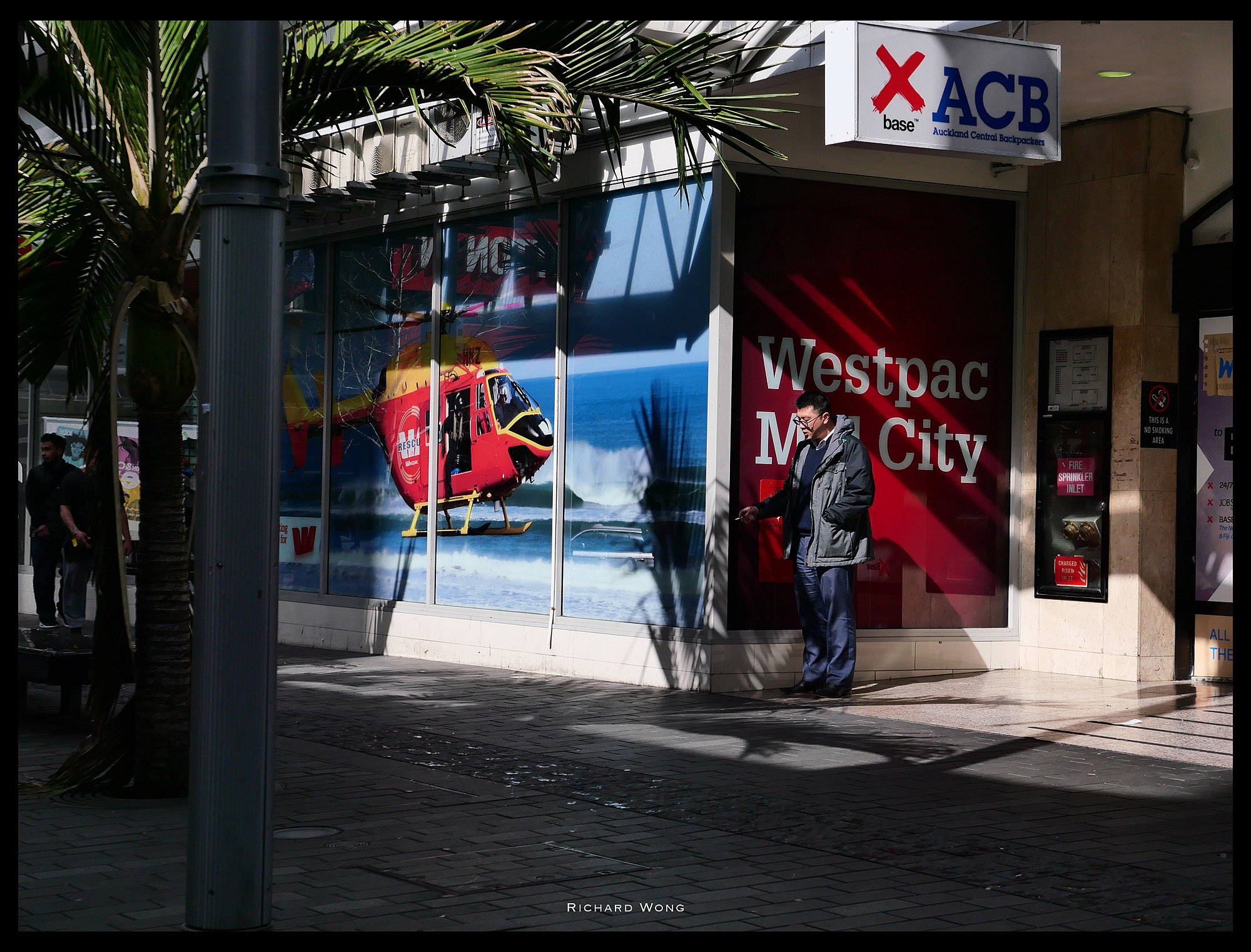 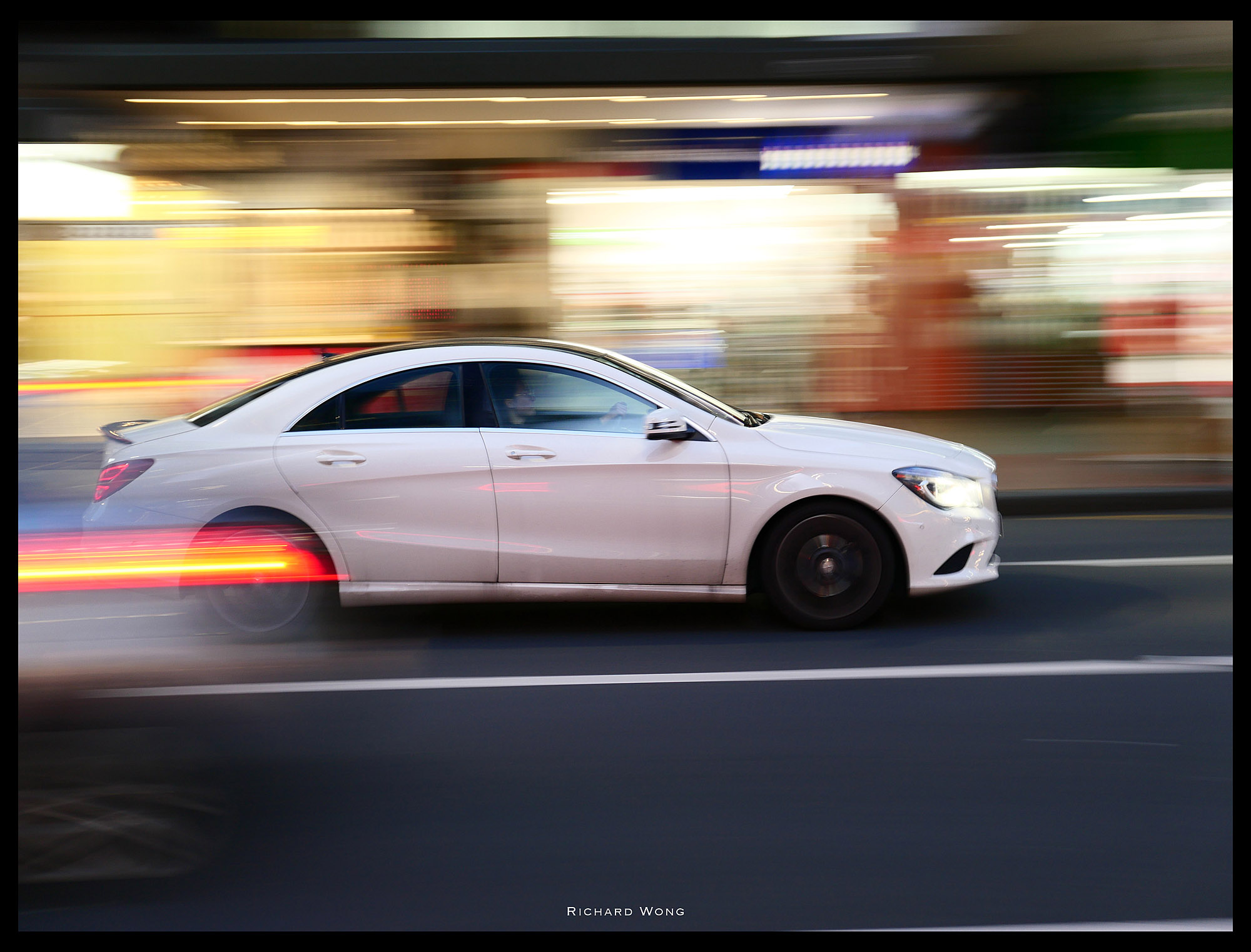