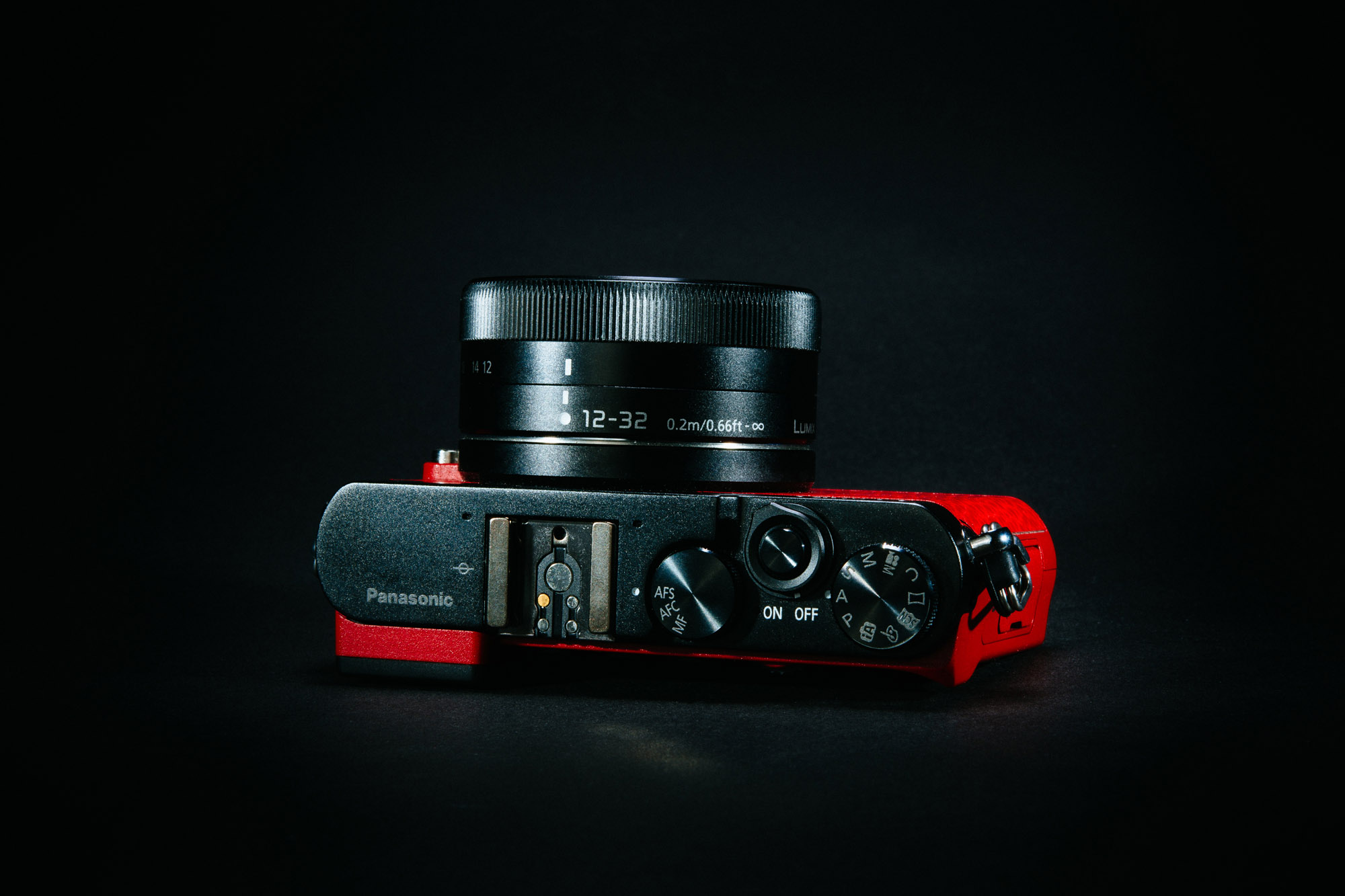 I was really impressed when I reviewed the Panasonic Lumix GM1. I couldn’t believe a micro four third camera can be made so small and the image quality is really good. Not only that, it’s also a really solid camera with excellent build quality. So now the new replacement model has just arrived and Panasonic decided to skip a few model number and called the new model GM5 instead of GM2. Just like its predecessor, the GM5 is tiny despite having a fairly large micro four third sensor inside! The size is just 98.5 x 59.5 x 36.1 mm. That is pretty much the same size as a lot of compact cameras. With the collapsable kit zoom lens, or one of the pancake lens installed, you can easily fit the GM5 in your pocket.

It’s also pretty light weight at 211g but feel solid and strong because of it’s magnesium alloy body. No cheap plastic feeling at all when you holding the camera. I love it.

From the front, the GM5 looks very similar to the GM1. The GM5 is slightly taller but shares the similar two tone classic design that I really like. If you turn the cameras around, then you can see there are a lot of changes in the GM5.

The most obvious changes is the new electronic view finder (EVF) at the top left corner. Because of the small body size, the EVF is nowhere as big as the one on the GX7 or GH4. But while it’s small, resolution is still pretty good and it has good refresh rate. I used the EVF quite a lot during the review as I just feel more connected when shooting through the viewfinder. 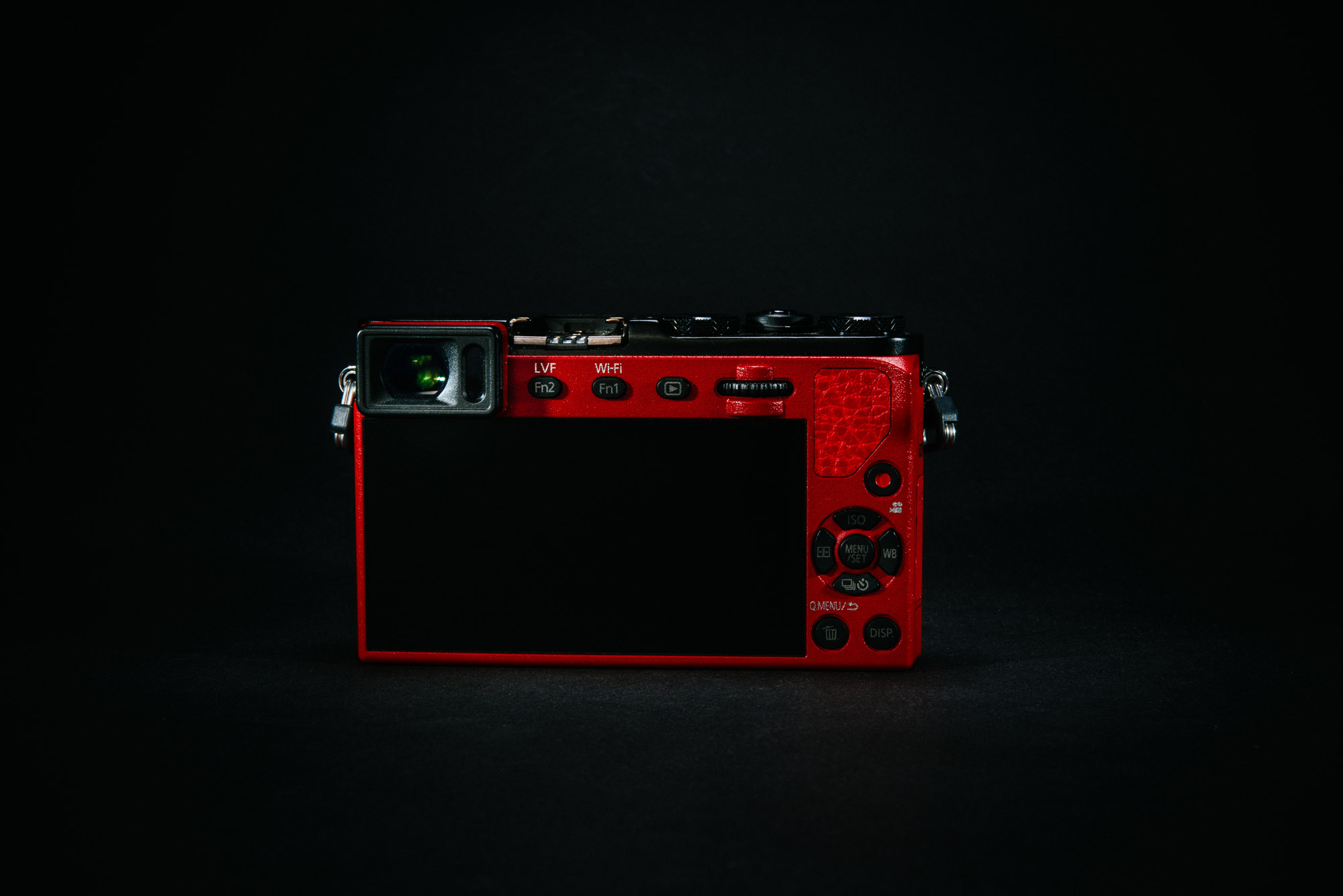 On the flip side, because of the new EVF, there is now no room to have a built-in flash and Panasonic has included an little external flash instead. Personally I don’t like external flash for consumer cameras as you’ll most likely end up just leaving it at home so it’s a shame to see the internal flash gone. But if you ask me to choose between the built-in flash and the EVF, then the EVF definitely gets my vote! And at least GM5’s external flash is easy to install and remove, unlike the clumsy design on some of the Olympus cameras.

In my GM1 review, I said I wish Panasonic could add a dedicated rear dial for adjusting the shutter/aperture settings. (The GM1 uses a scroll wheel at the back which is not really easy to use) And Panasonic really did it with the GM5! Ok I don’t think it’s because of my review but the GM5 does have a dedicated rear dial now! This is a lot easier to use than GM1’s scroll wheel, especially when you are shooting using the EVF. And not only that, the dial is a dual function clickable one so you can switch between two settings by clicking the dial. For example, when you are in Aperture priority mode, you can switch between aperture and exposure compensation. Or aperture and shutter speed when you are in manual mode. Little things like this may not be obvious when you look at the spec sheet but it makes a huge difference to users who usually shoot in aperture priority, shutter priority or manual mode. There is also a new customisable button near the top of the camera which your thumb can reach easily. If you want good fast direct control, the GM5 is a million times better than the GM1. 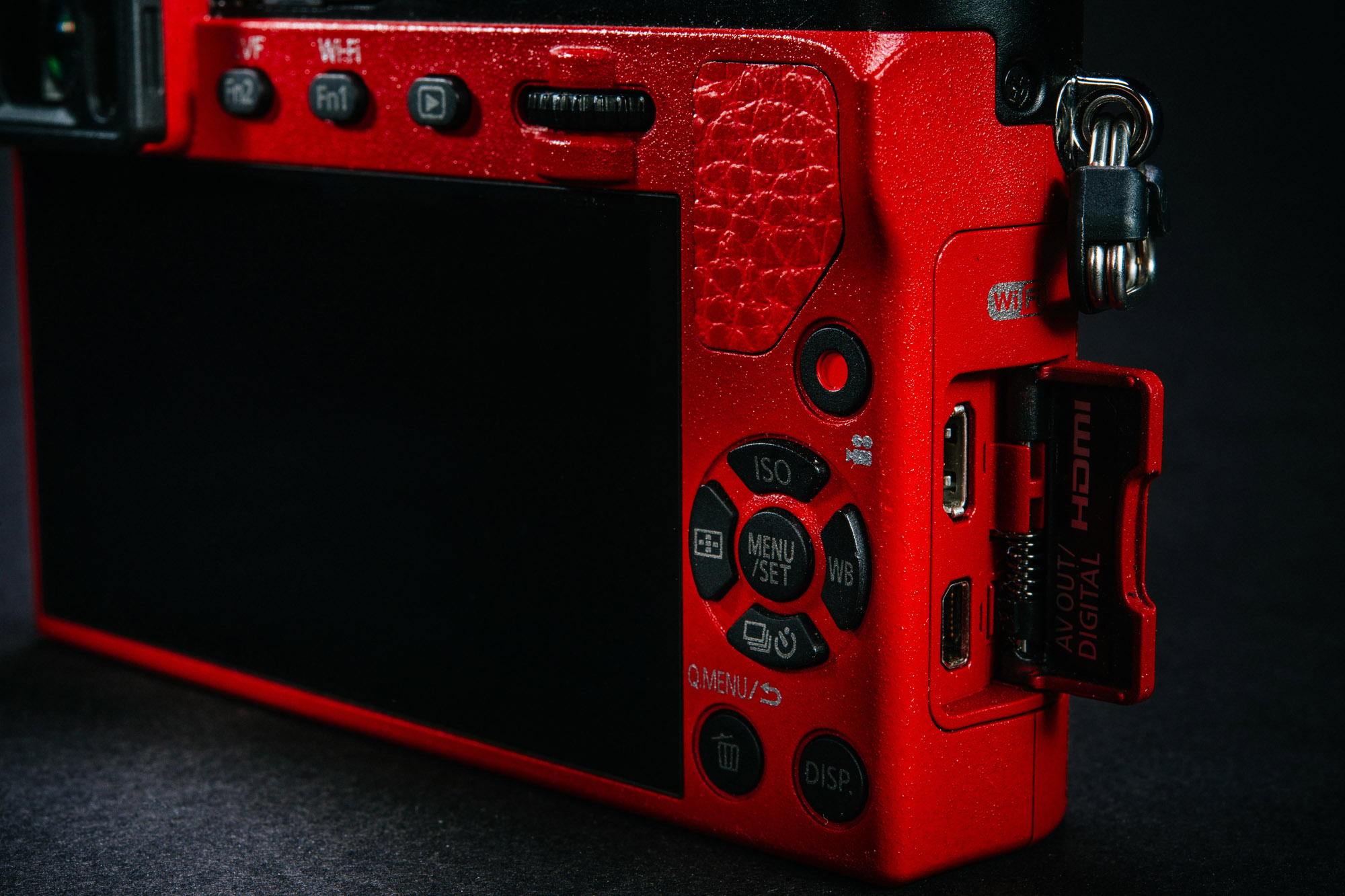 Maybe because of the EVF and extra buttons at the top, the LCD touchscreen has been changed to a widescreen 16:9 but maintain the same 3” diagonal size. Widescreen is good isn’t it? Unfortunately I don’t think this is the case for the GM5. Since the camera’s native photo aspect ratio is 4:3, it means a large part of the 16:9 screen is not used when displaying picture either when shooting or reviewing photos in the default (highest resolution) size. It’s not a problem when you are shooting video as they are 16:9, but I assume most GM5 users would use it primarily as a photo camera. So it would be better if the screen is a 4:3 or something closer to that ratio.

Just like other Panasonic cameras such as GH4 or GX7, you can enable the touchscreen as a touchpad to adjust the autofocus point when you are shooting with the EVF. This allows much quicker and easier autofocus point control compare to the mechanical buttons. This is another one of those little feature that a lot of people may not even notice but I found extremely useful.

Image resolution is unchanged at 16MP and the image quality is very good. Pictures are clean with lots of details and nice colours up to ISO 1600. Even ISO 3200 is very useable. Dynamic range is pretty decent too. While the (very small) kit lens may not be the best lens in terms of picture quality, the beauty with the GM5 is that it’s a interchangable lens camera so you can always swap it with a high quality lens like the Panasonic Leica 15mm or 25mm lens or the Olympus 45mm lens and you will be surprised by the picture that the GM5 can create. 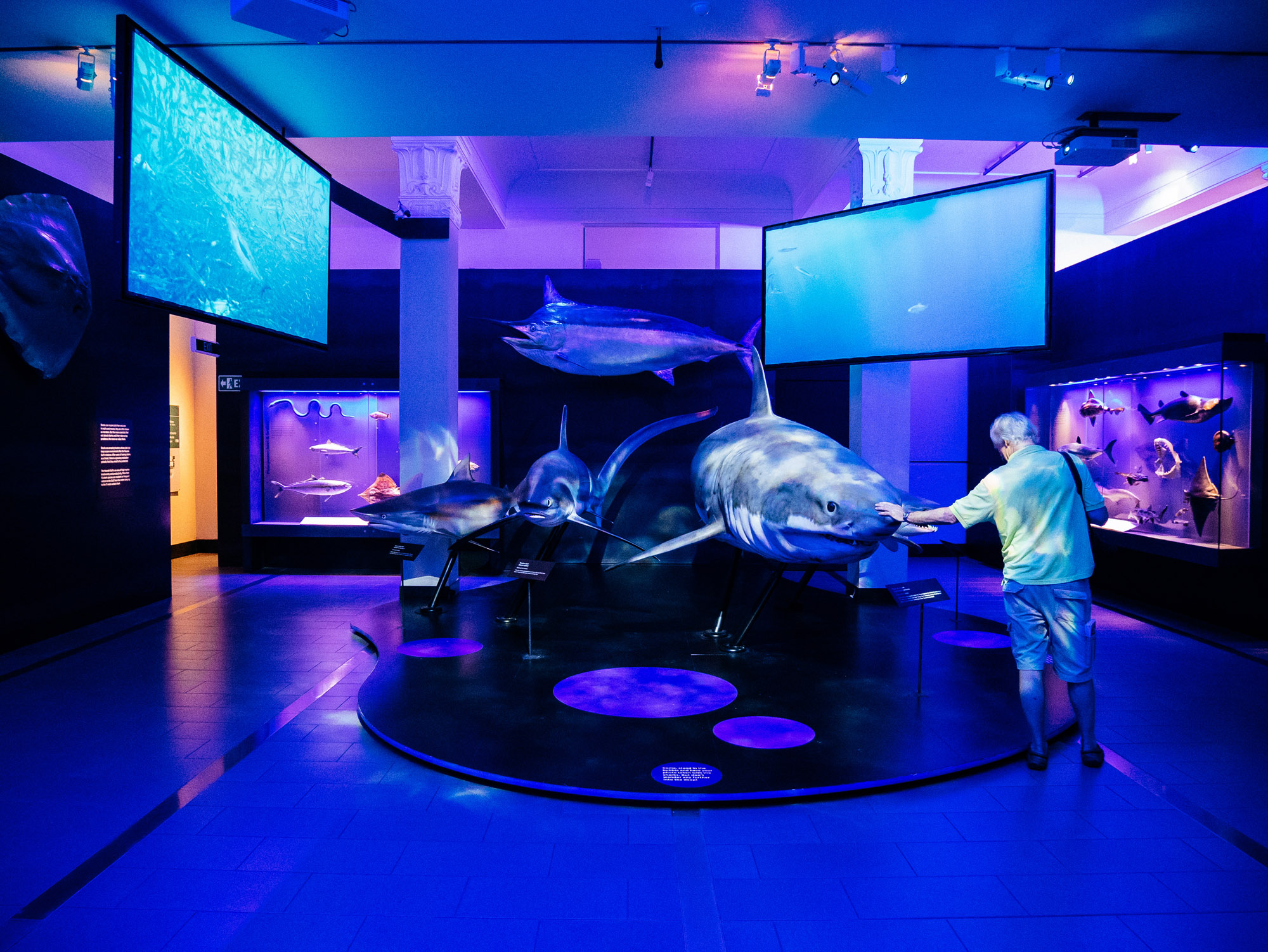 Because of the extremely small body size, there is no inbody image stabiliser, optical stabilisation is done by lens instead and it is quite effective.

The camera responds very quickly. Turn on the camera and the camera is ready to take a photo pretty much straight away. Like all the latest micro four thirds cameras, autofocus is very quick and works very well. There is also almost no delay when navigating through the menus. My only minor complain is the wait time between shots as it is still a bit slow when compare to the DSLRs. It’s not terribly slow and to be fair this is not a problem normally but I’ve missed a few shots because the camera was busy and I can’t take another photo immediately after the previous shot.

The GM5 has built-in wifi. The Panasonic app is quite easy to use and setup. you can use the app on your smartphone to download photos or take photos remotely.

The GM5 uses the same battery as GM1. It’s quite a small battery and it doesn’t last very long. It should be enough for half day of casual use but if you are planning to do a lot of shooting, it’s best to bring a spare battery with you.

Video has been upgraded slightly and you can now shoot full HD at 60p. 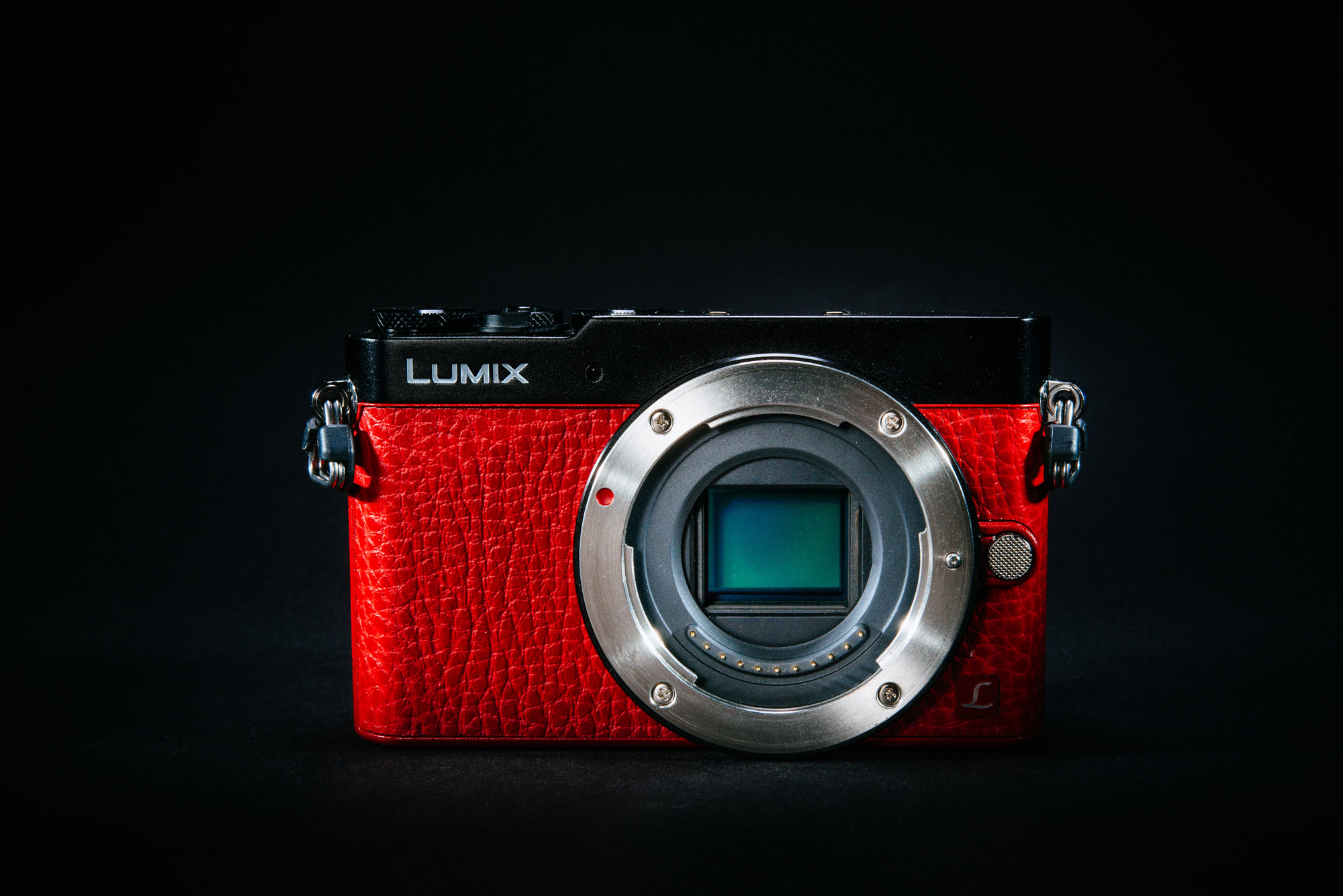 I really like the Lumix GM1. But it’s a not a camera I would buy for personal use because the controls were pretty much like a point and shoot camera, not really suitable for someone who only shoot in A/S/M mode. I had a feeling that Panasonic was not 100% sure what the potential market for the GM1 would be when they were designing that camera. They created a very solid high quality camera that appeals to the more serious photographers but finish it with a point and click style user control that is more suitable for beginner users.

With the GM5, it seems Panasonic has made up their mind. The GM5 is targeting the more advance/serious photographers. And at the same time they have adjusted the GF line for the more consumer market and released GF7 which shares a lot of components with the GM5 but more targeting the selfie generation market.

The very nice very solid body is retained and while the image sensor, processor and a lot of specs are largely unchanged, there is now a new clickable rear dial, user customisable button and a built-in EVF. These are features that really benefit the advance users but missing in it’s predecessor. This evolution results in a solid little photographer’s camera that you can take with you anytime.

The price of the GM5 isn’t cheap at all. But it’s image quality, build quality and feature can easily matches most of the mid range DSLR and it’s so much smaller and lighter than any of them. Frankly I’m really tempted to sell my Olympus OMD EM1 and replace it with a GM5 even though spec wise the EM1 is a better camera.

It’s a bit like back to 2009 again when Panasonic released the very successful GF1, a compact, solid camera with excellent image quality and good control. The Lumix GM5 does it again and the bar has been raised to another level!

(All RAW converted to JPG in Lightroom adjusted to taste) 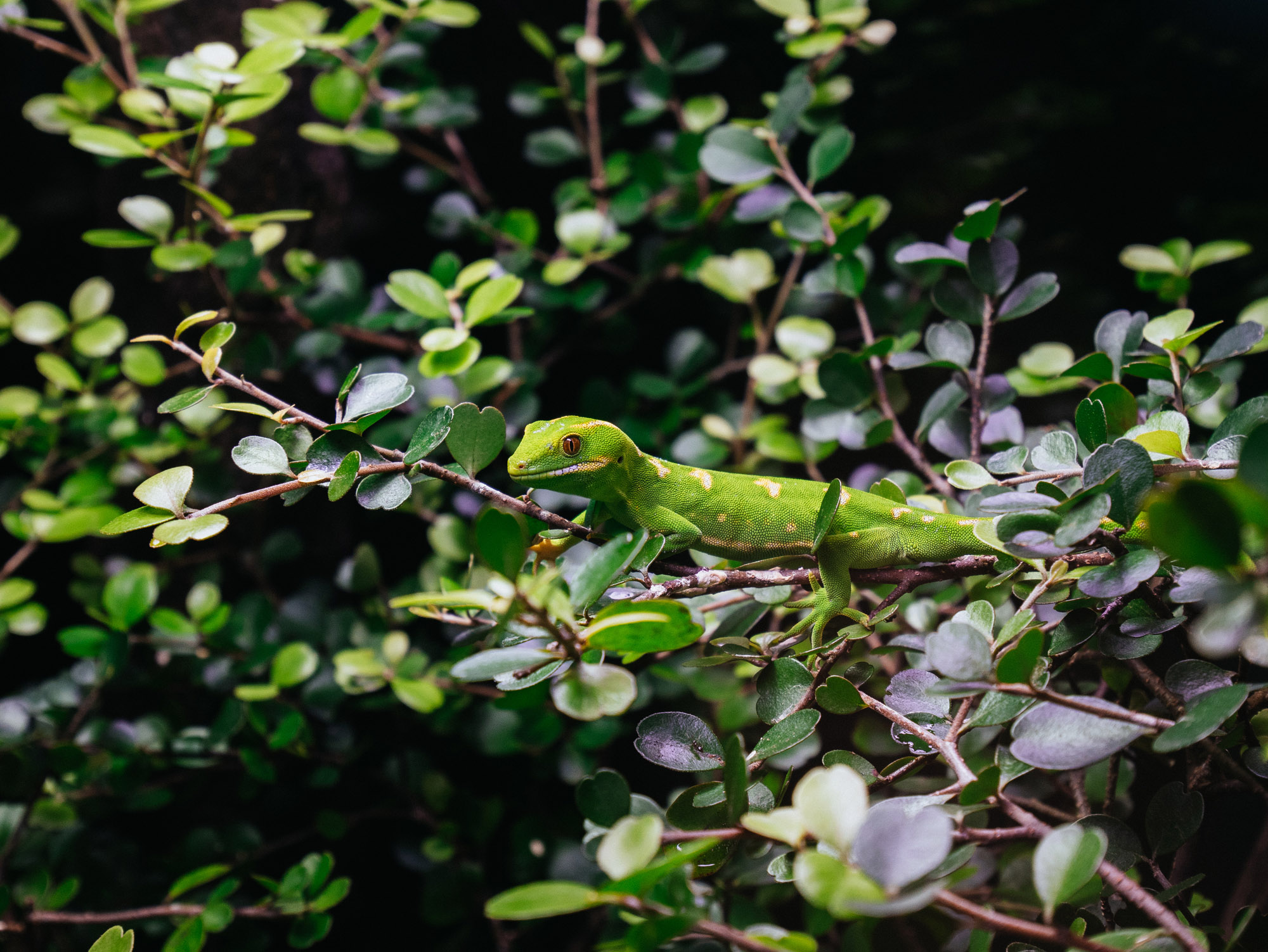 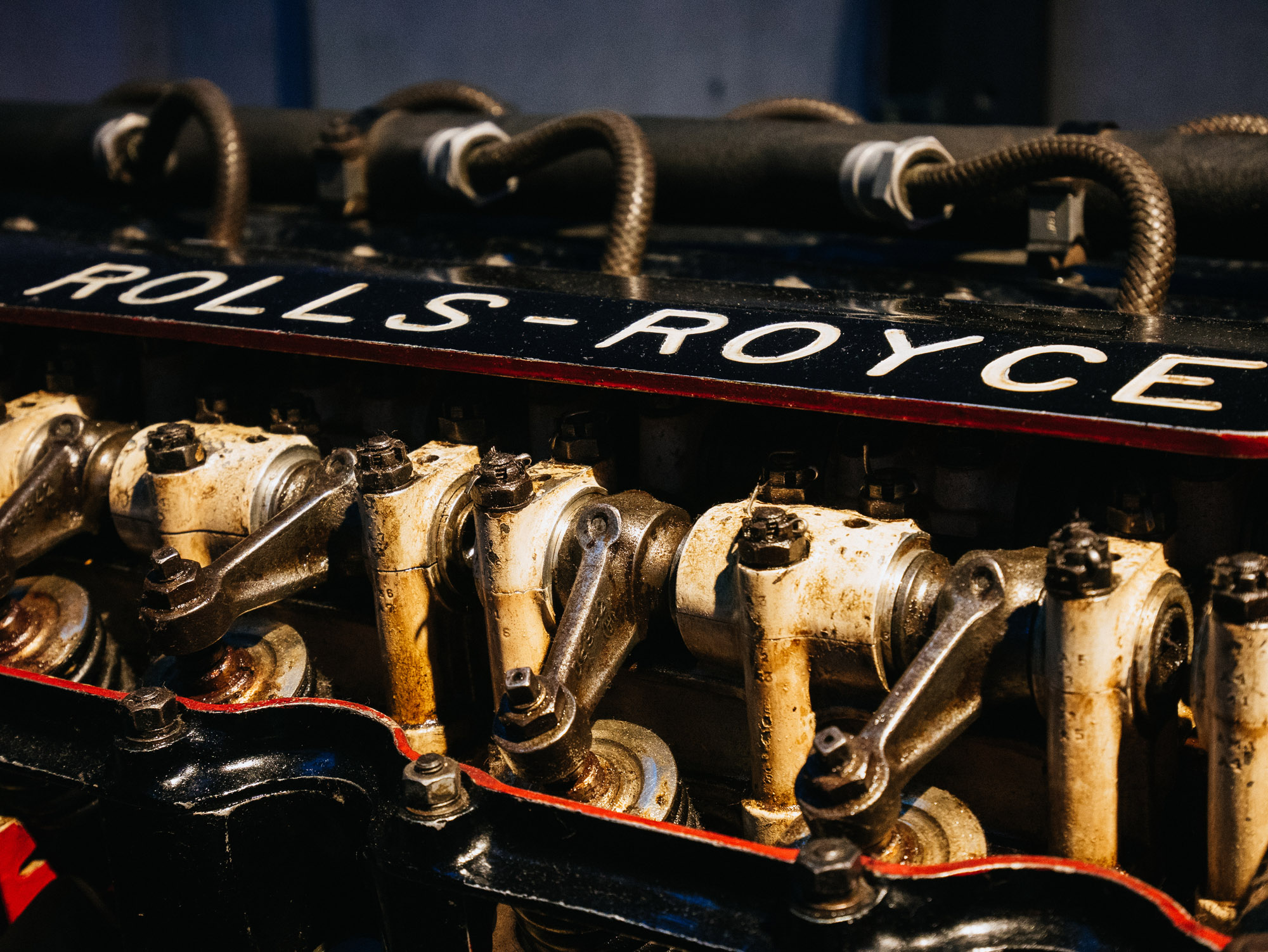 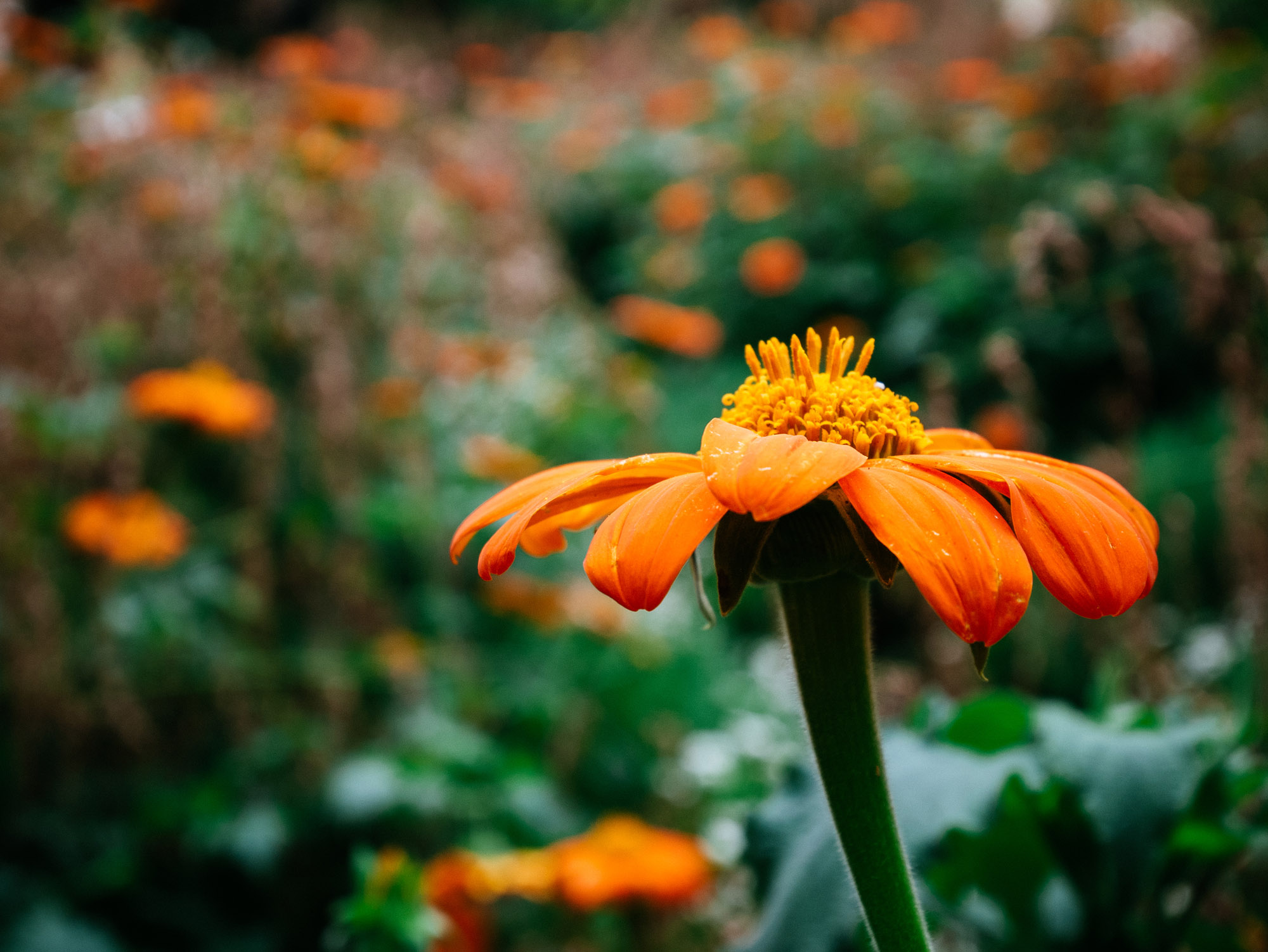 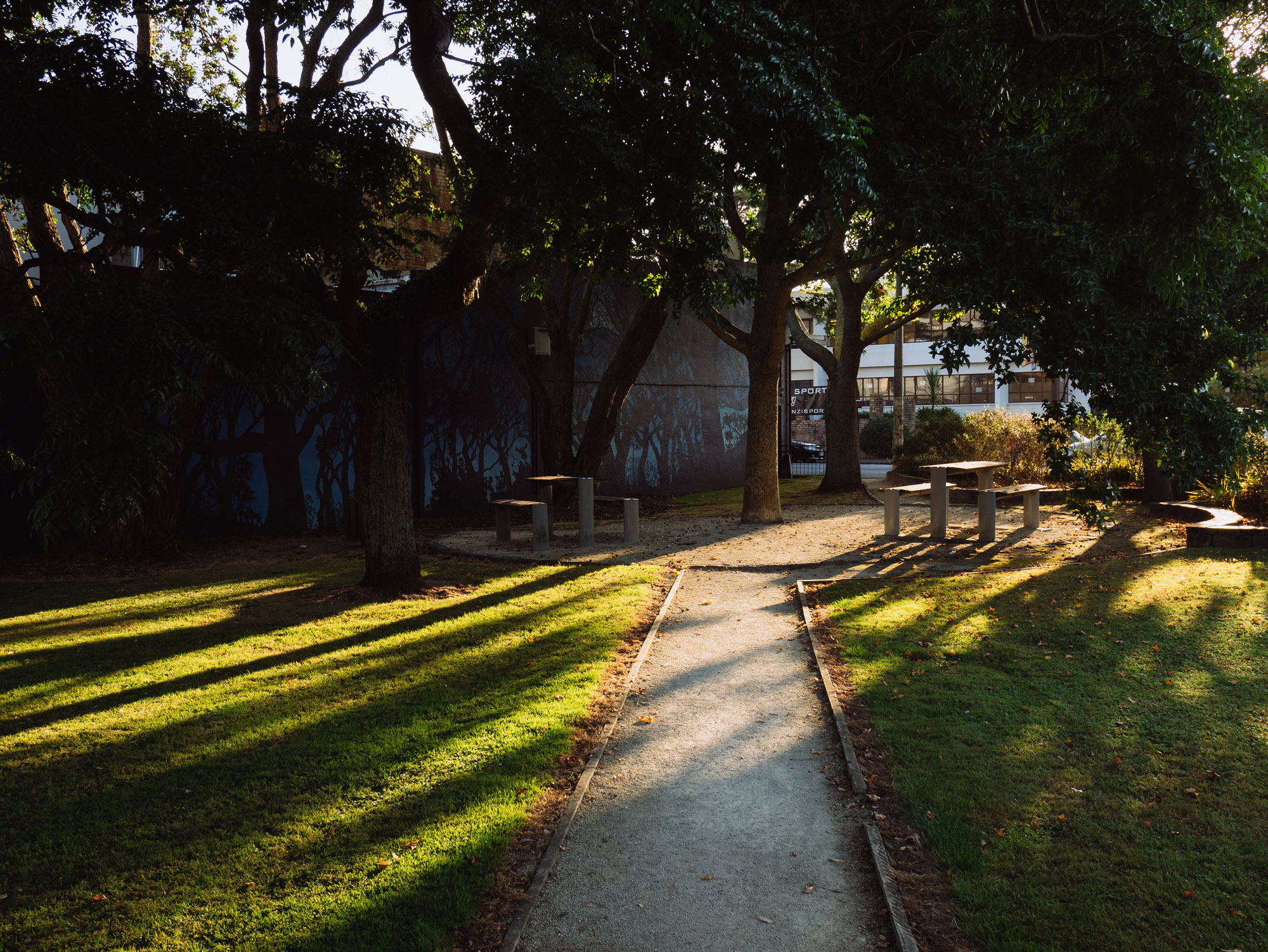 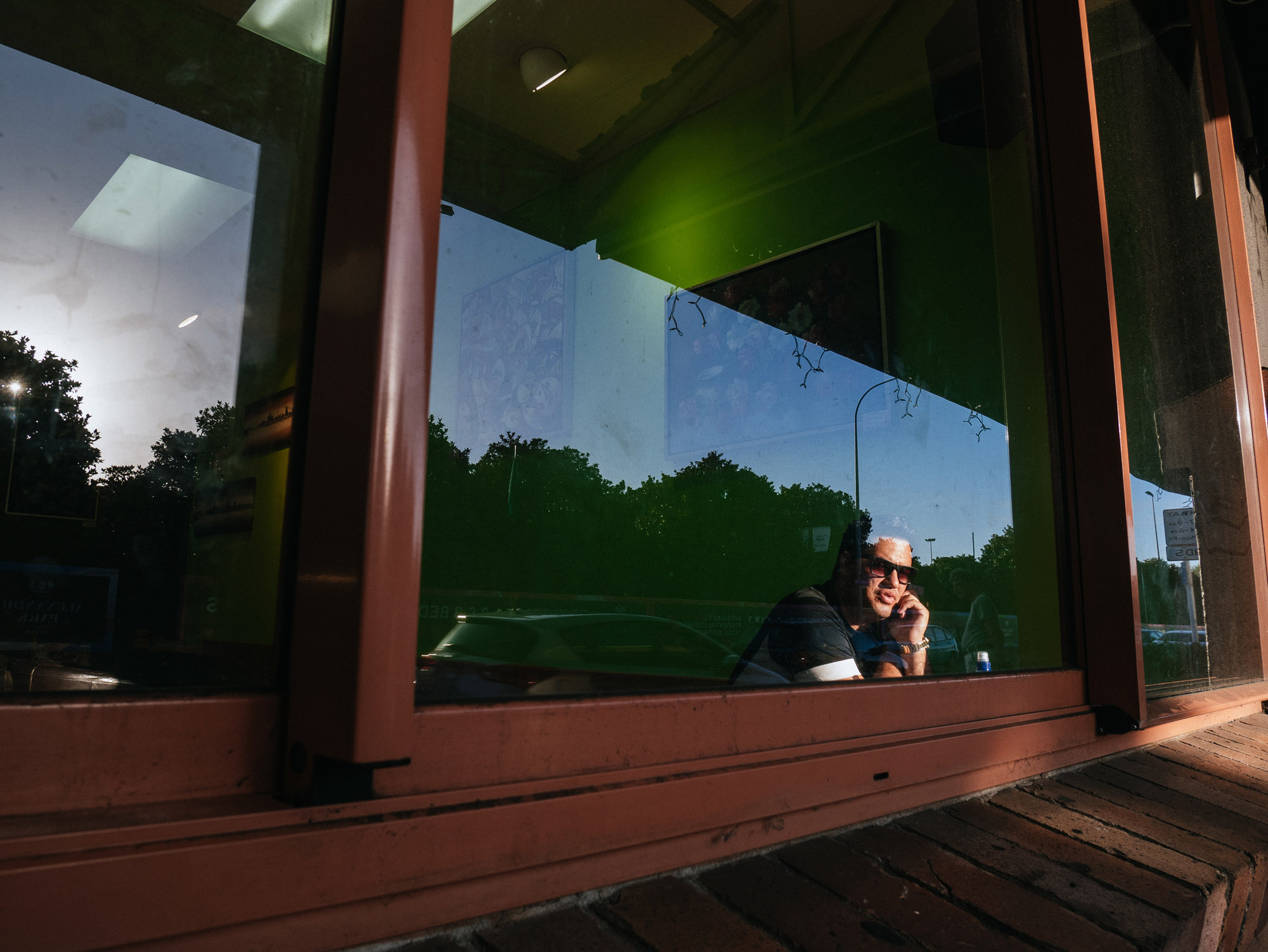 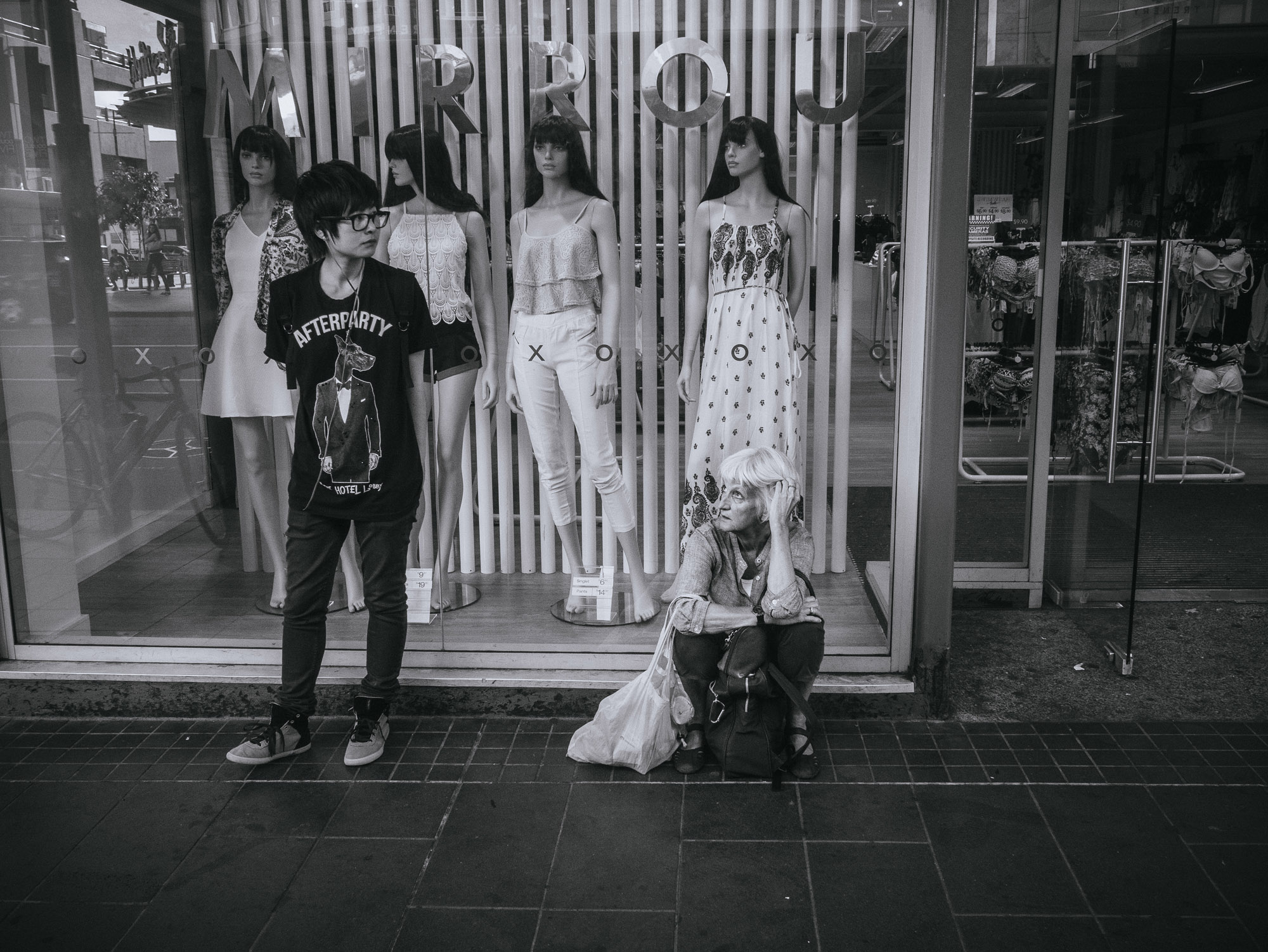 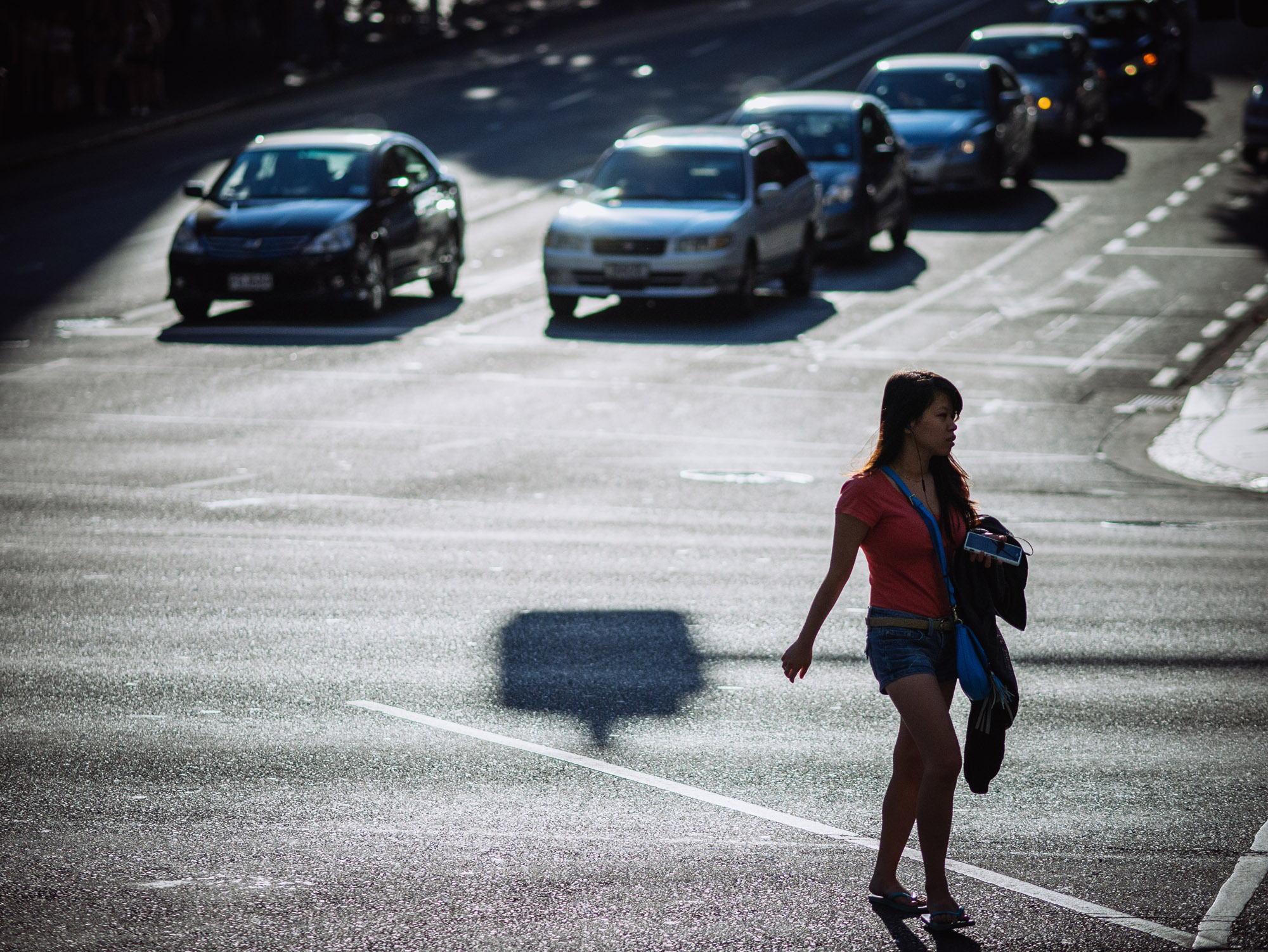