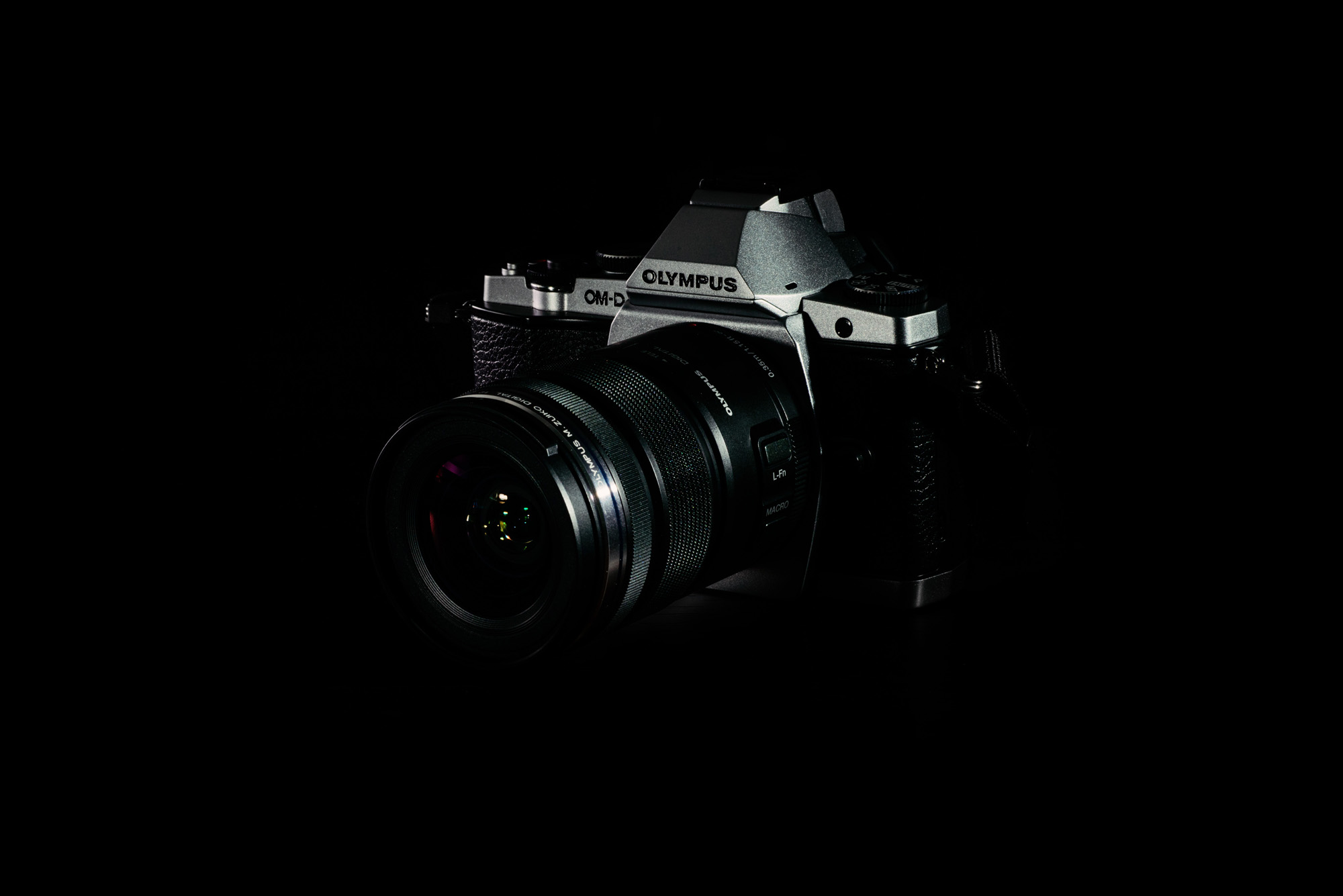 *** 2013/03/31: After writing this review, I’ve bought an Olympus 75mm f/1.8 lens and have been quite impressed by it, you can check out some of the photos I took using this lens on my facebook page

When I’m shooting professionally I completely rely on my Nikon full frame DSLRs as they have been extremely reliable and output amazing photo quality throughout the years. But when I go out and not doing jobs, I still always have a camera with me as I just love to photo anywhere, anytime. And for that, I use all sort of cameras from different brands, DSLRs, compact cameras, mirrorless cameras or even iPhone as sometimes I just don’t want to carry the big heavy DSLR with me.

So not long after I’ve sold my Fujifilm x10 last year, I started looking for another small camera. There are really so many great cameras available and choosing my next camera is really a lot harder that I thought. In the end, I picked the Olympus OM-D E-M5 weatherproof kit which comes with the 12-50mm kit lens.

I think the camera strikes a very good balance between photo quality, feature and size. Also the micro four third system and the cameras are really quite mature now with lots of excellent lens available.

I’ve now got the camera for about two months, and took about 5000 photos. And I would want to share some of my impressions about this camera with you. This is not really a comprehensive review but just to share some of the things I really like or don’t like about the camera. I will also share with you some photos I took using the camera.

So let’s talk about the camera body first. 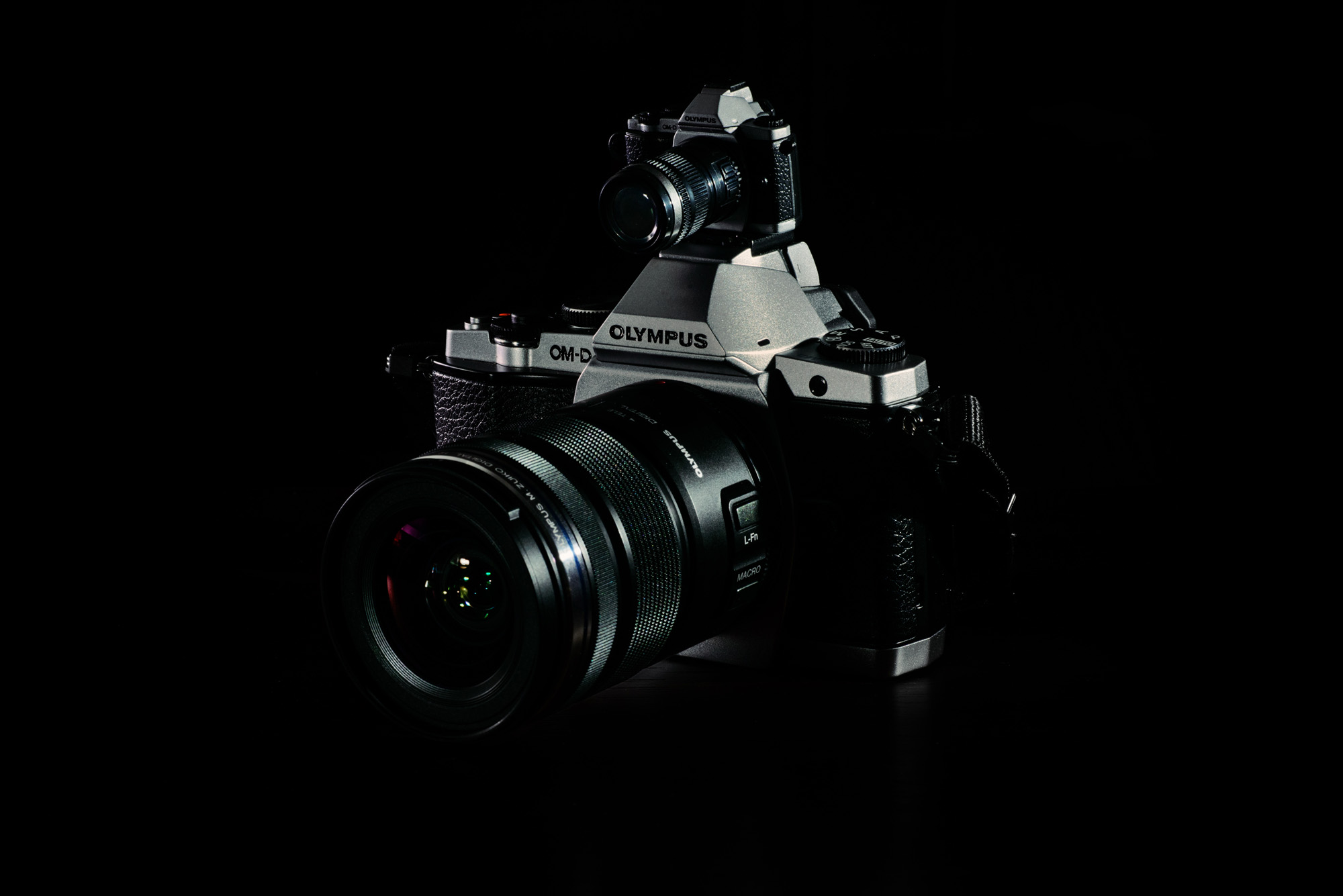 The build quality of the camera is pretty good. It feels pretty solid in my hands but some part of the camera still give me that little bit of plasticity feel. There are quite a few well known issues with the camera body. For example, the plastic cover on the viewfinder fall off quite easily. The LCD screen’s bezel cracks very easily and the top dial may fall off easily. Unfortunately my LCD bezel also cracked just a week or so after I bought it. Luckily Auckland Camera (where I bought the camera from) and the NZ Olympus repairer were very helpful and they got my camera fixed within a few days. Thanks guys! But these little issues made me feel the camera is not really as tough as most DSLRs.

One of the selling point of this camera is it’s weather proof capability. I have not really tested it yet as we are having a really really sunny summer here with almost no rain at all. But I saw some videos on youtube and they made me believe I should have no problem using the camera (with the 12-50mm weatherproof lens) under normal rain/weather conditions.

The camera is a lot smaller and lighter than most DSLRs but not small enough to fit in your jean pocket. There are lots of customisable buttons on the camera and even the 12-50mm lens. This is really good for more advanced users who want to change settings quickly. Unfortunately because of the compact camera size, some of those buttons are quite close together and quite often I pressed the wrong button by mistake especially when I was in a hurry. Another thing I don’t quite like is the camera’s main grip. It’s just way too small and doesn’t provide enough grip at all. Olympus makes an optional grip extension would improve the grip dramatically! Unfortunately you have to buy the whole grip set including the vertical grip which will increase the size of the camera quite a bit, not to mention the price isn’t cheap at all.

The new Sony sensor used by the OM-D is excellent! It has very good dynamic range and decent high ISO performance. Ok it can’t compete with my full frame Nikons but for a sensor that is only a quarter of full frame sensor size, I think the photo quality is excellent. It can even rival some of the APS-C DSLRs! 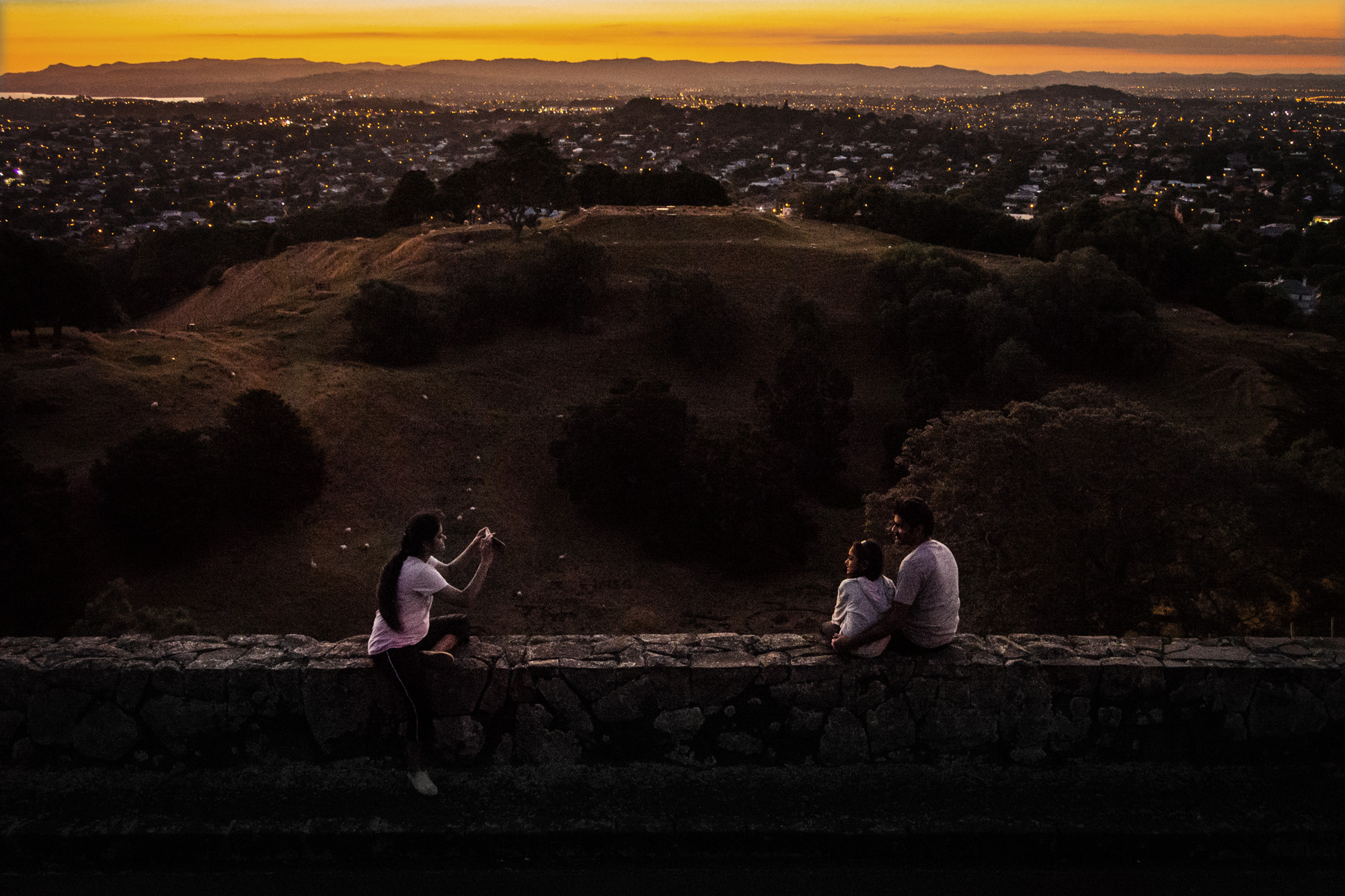 I remember when Olympus released the PEN EP1, I was really excited and rushed to the camera shop and tried it. Unfortunately the camera’s autofocus was just quite a bit slower than I like so I didn’t buy that camera in the end. Now a few years later, OM-D’s autofocus system is a completely different story! It’s as fast as DSLR and it’s pretty accurate too! And with the option to select autofocus area using the touchscreen, it’s very easy to use as well! My only complain would be that the AF area is a bit too big and makes it a bit hard to do very precise autofocus control. But 99% of time it’s not really a problem. The only mirrorless camera I’ve used that has a better autofocus system would be the Nikon 1 cameras, which has an amazing hybrid autofocus system. 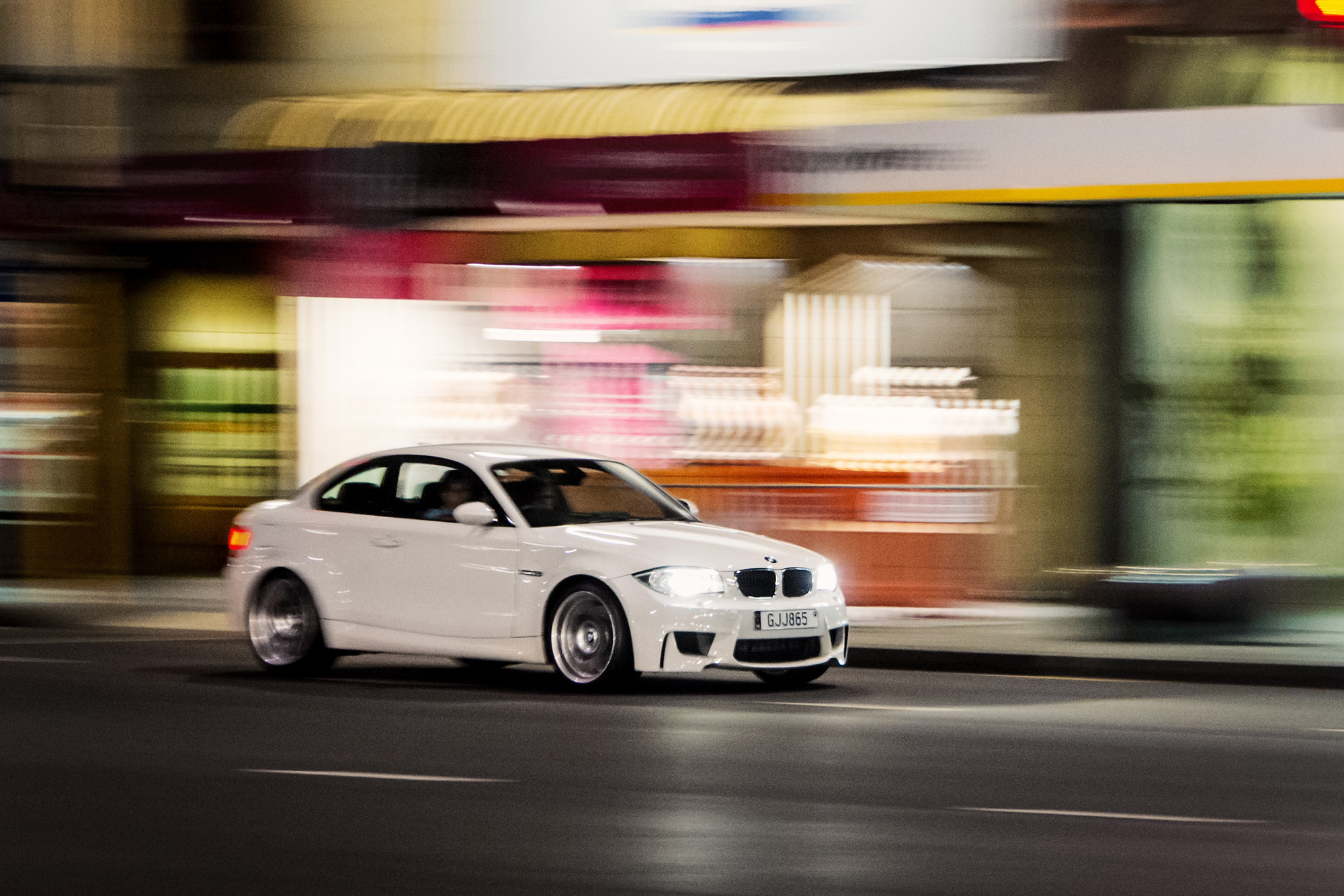 Autofocus is fast, shooting action is not too hard with the OM-D E-M5

So while the picture quality and autofocus are both very good, I find the auto white balance a bit unpredictable and jumps quite a bit. Fortunately if you are shooting RAW, you can adjust and fix in during the post processing.

The camera has some very interesting features, like the Time Bulb. Which basically show you a preview of your long exposure shot at pre-selected time intervals.  It makes taking long exposure shots a lot easier and with a lot less guess work. Sadly, there are quite a few (understandable) limitations when using time bulb, I hope Olympus can remove, or at least reduce those limitations for their future cameras so this feature can be even more useful and powerful.

OM-D has a new 5 axis image stabliser. It works very well and it’s a body image stabiliser which means I can mount any micro four third lens (from Olympus, Panasonic, or any other brand) or even my Nikon lenses (through an adaptor) and will still have image stabilisation! Hooray! 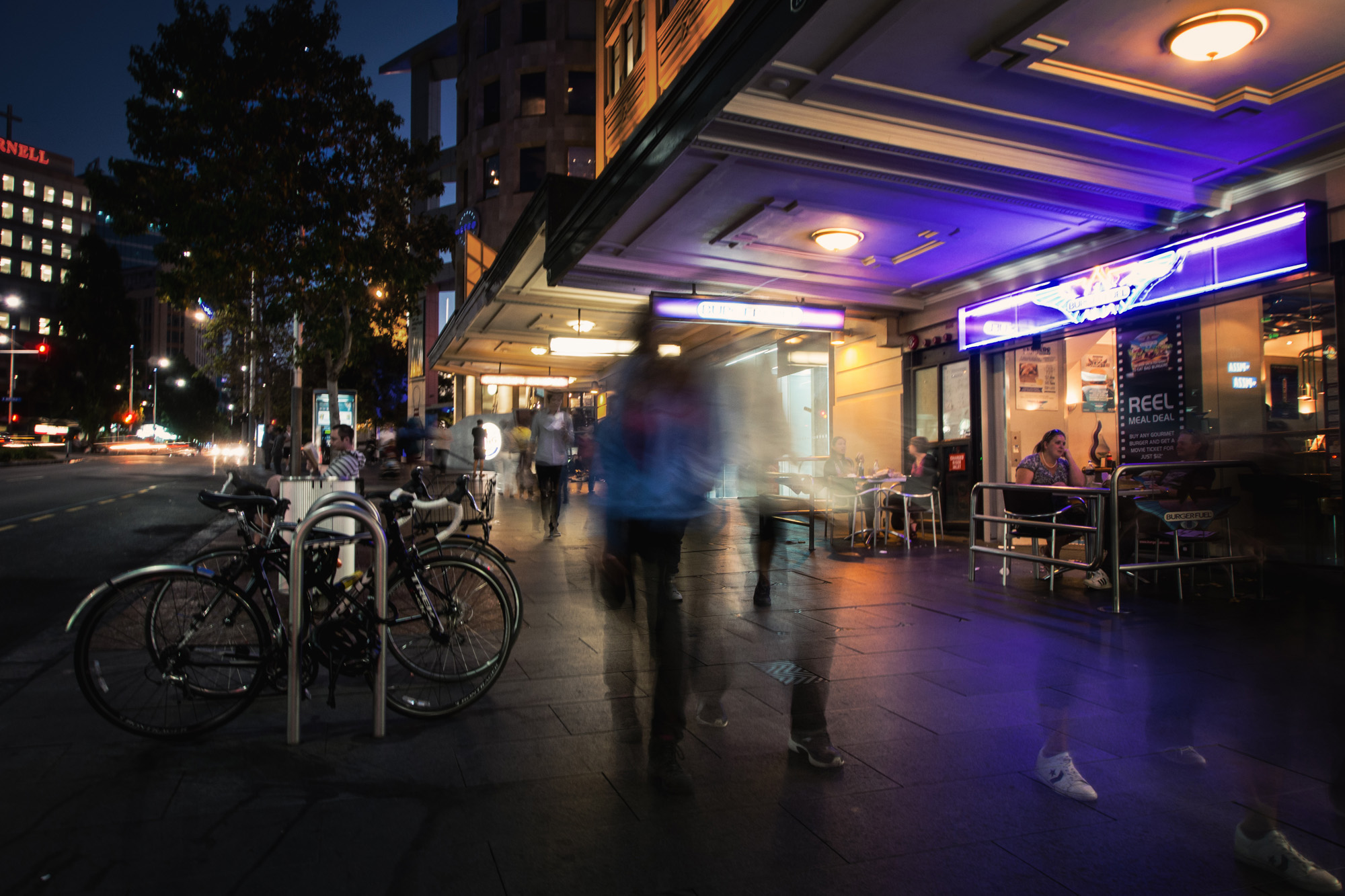 The camera can take full HD video, with autofocus. I have not really took too many videos but so far I found the quality not too bad. Of course it’s not as good as the Panasonic GH cameras but most normal users should be happy with the videos from the OM-D E-M5. One thing I was quite disappointed is that this camera still doesn’t allow you to use the touchscreen to adjust autofocus point when you are shooting a video. I can’t imagine it is too hard to implement so I don’t know why the camera doesn’t have this feature.

While the camera has a hump at the top, it doesn’t have an internal flash. Instead a small external flash is included. But installing the external flash is not as easy or quick as I thought. It requires removing 3 different plastic bits from the camera/flash and you also have to find a place to store those removed bits carefully as they are small and you can lost them easily. Why can’t the designers/engineers at Olympus come up with a more elegant way to install the external flash?

The camera’s fastest shutter speed is 1/4000s, like most mid range cameras. Unfortunately, with a minimum ISO of 200 and no built-in ND filter, it means we can easily overexpose the photo when shooting on a bright day, with a fast prime at wide open. My solution is that I’ll bring a ND or CPL filter for each of the fast prime lens I got. Not really the best solution.

As I said at the beginning, I got the 12-50mm weather proof kit which comes with the 12-50mm lens (i.e. 24-100mm 35mm equivalent), I also got myself a Panasonic 25mm f/1.4 lens as I’m a prime shooter. There are pros and cons with each of these lens, but together they make a very nice and light everyday kit.

I heard people complained about E-M5’s battery life but I don’t think it’s too bad. Since the camera always have a screen turned on (either the EVF or LCD) so I guess it’s fair to say we can’t really expect it to have DSLR battery life. I found the battery life is better than most of the mirrorless or compact cameras I’ve used recently. It’s not very often I can go through a completely charged battery in one day. Having said that, I don’t shoot too much video as I’m sure shooting video (on any camera) would use up the battery very quickly.

So overall I’m pretty happy with my Olympus OM-D E-M5. I don’t think it can replace my full frame Nikon in terms of picture quality and reliability and it’s not supposed to. But it is a great small camera and as long as you are shooting within it’s limit (which is quite high), you can still capture some very nice photos with this nice looking camera!

All sample photos on this page were taken using a Olympus OM-D E-M5 with either the Olympus 12-50mm kit lens or the Panasonic 25mm f/1.4 lens. Then processed to taste in Adobe Lightroom/Photoshop 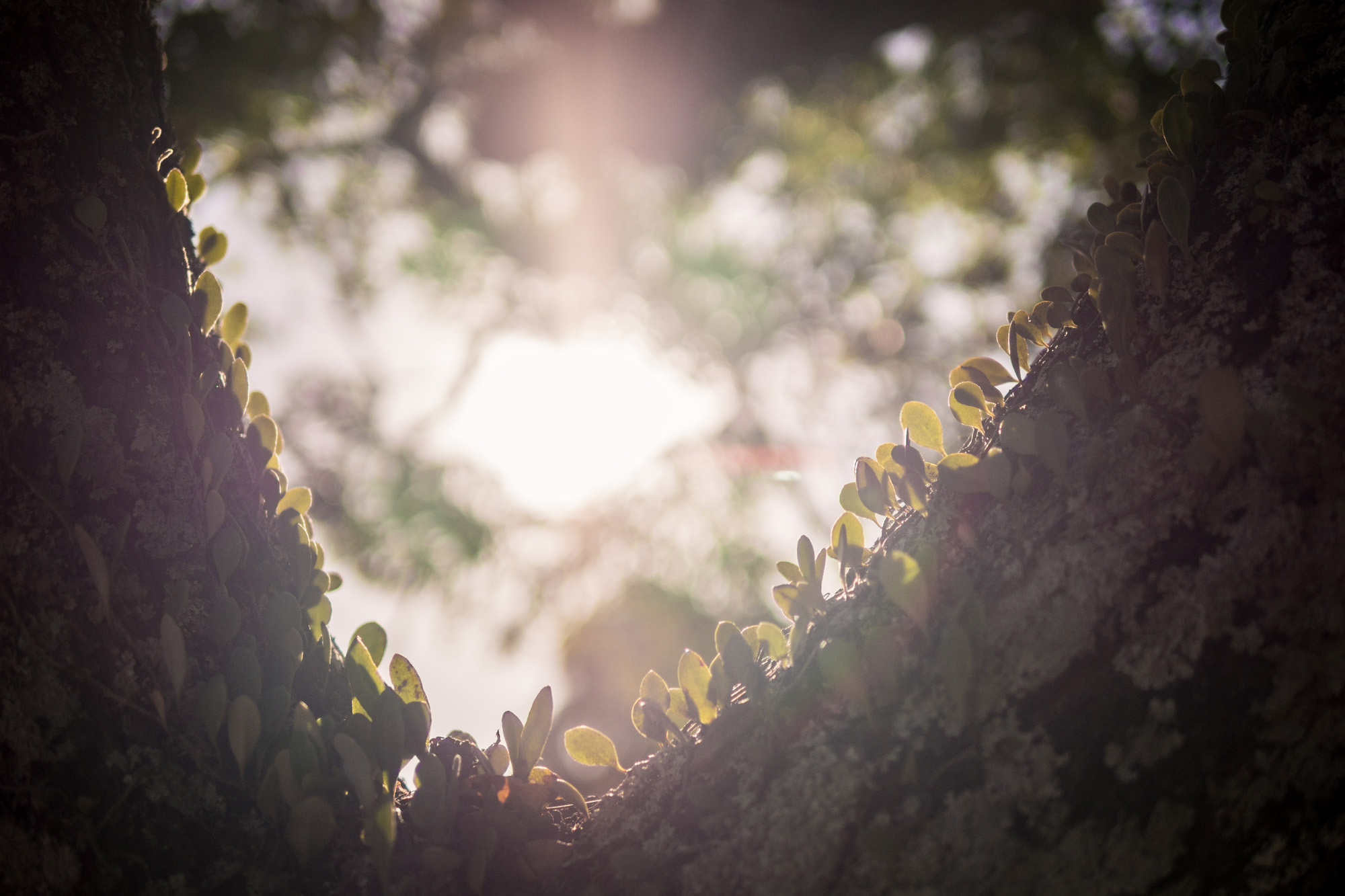 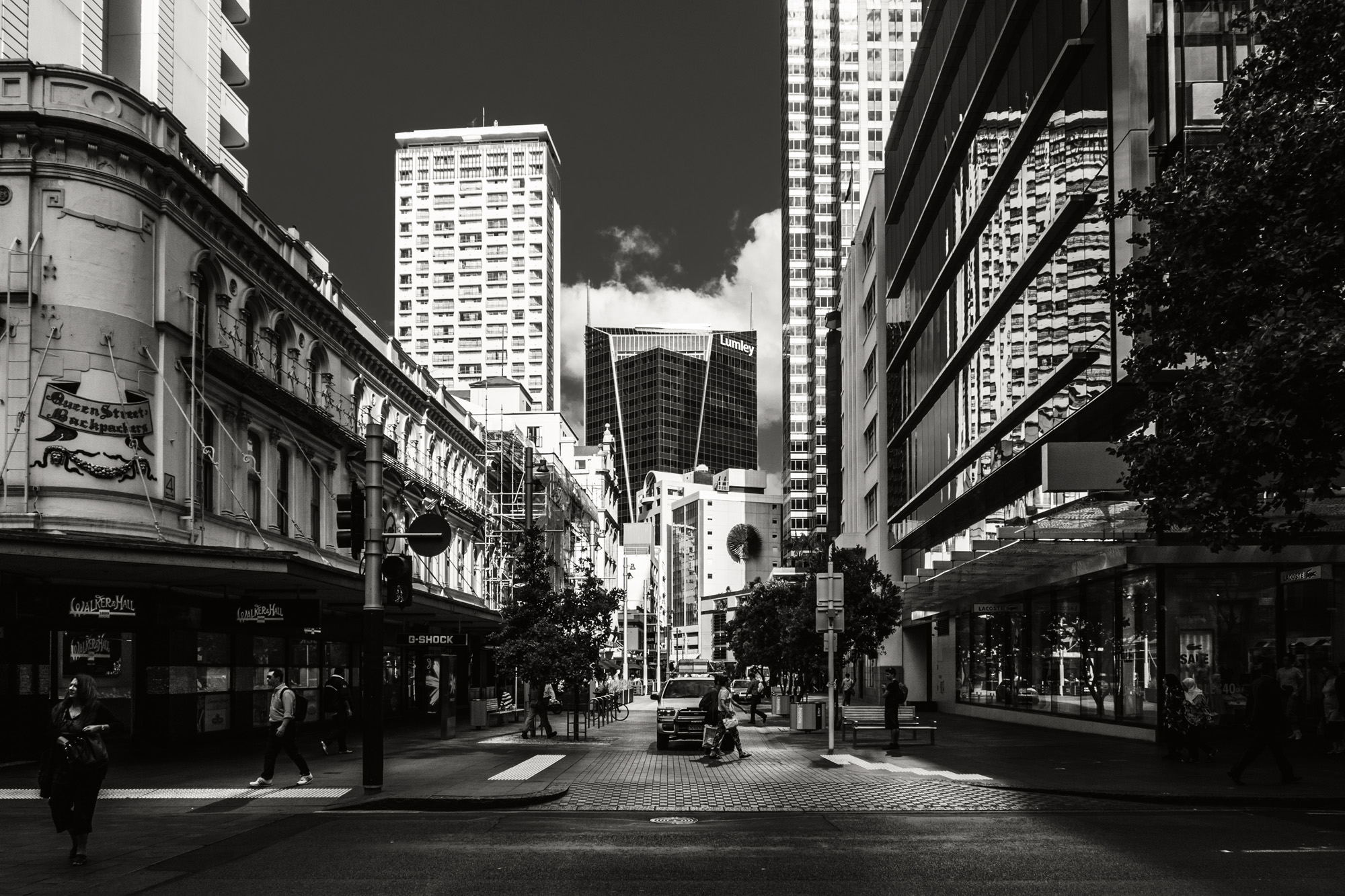 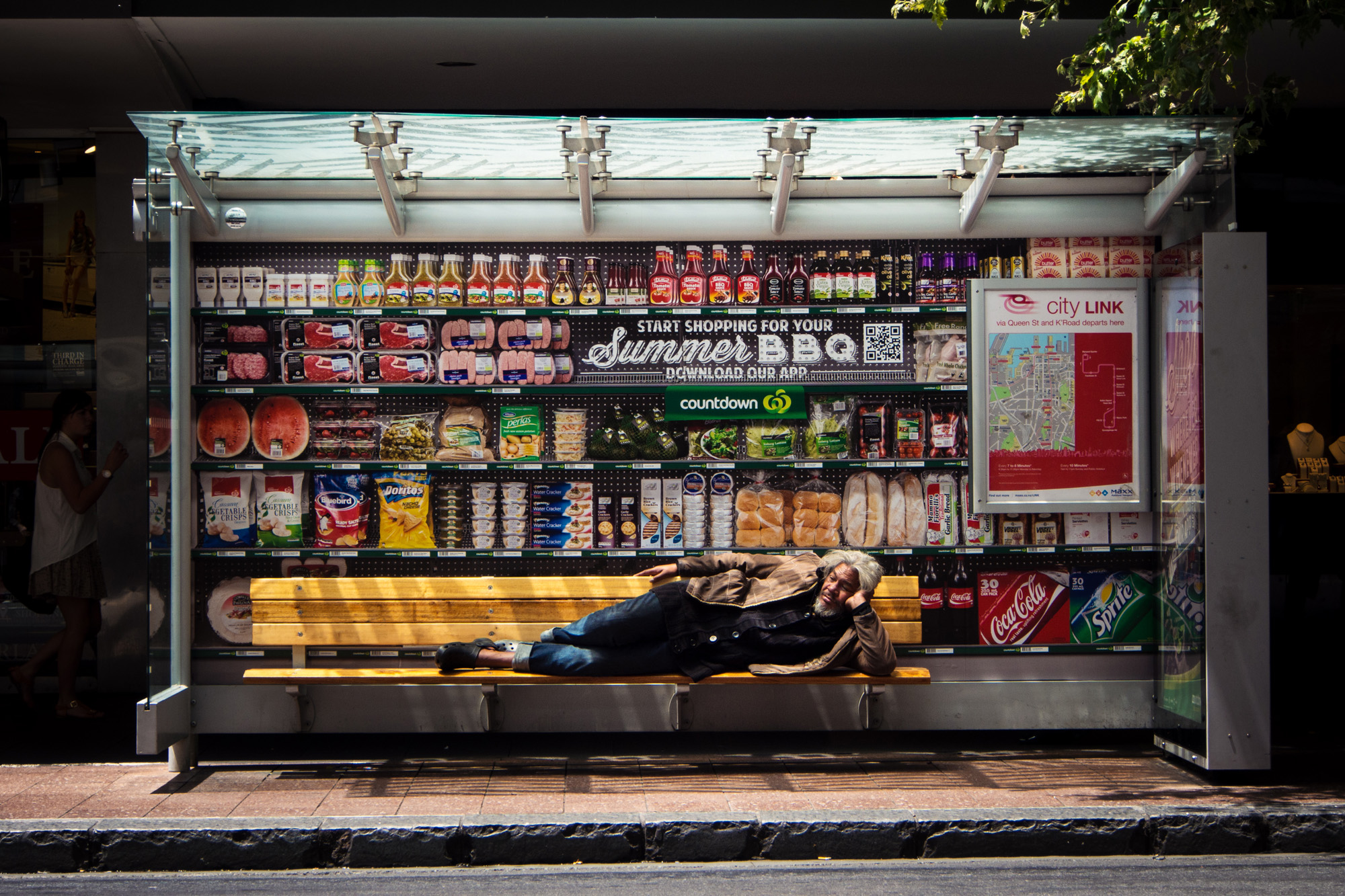 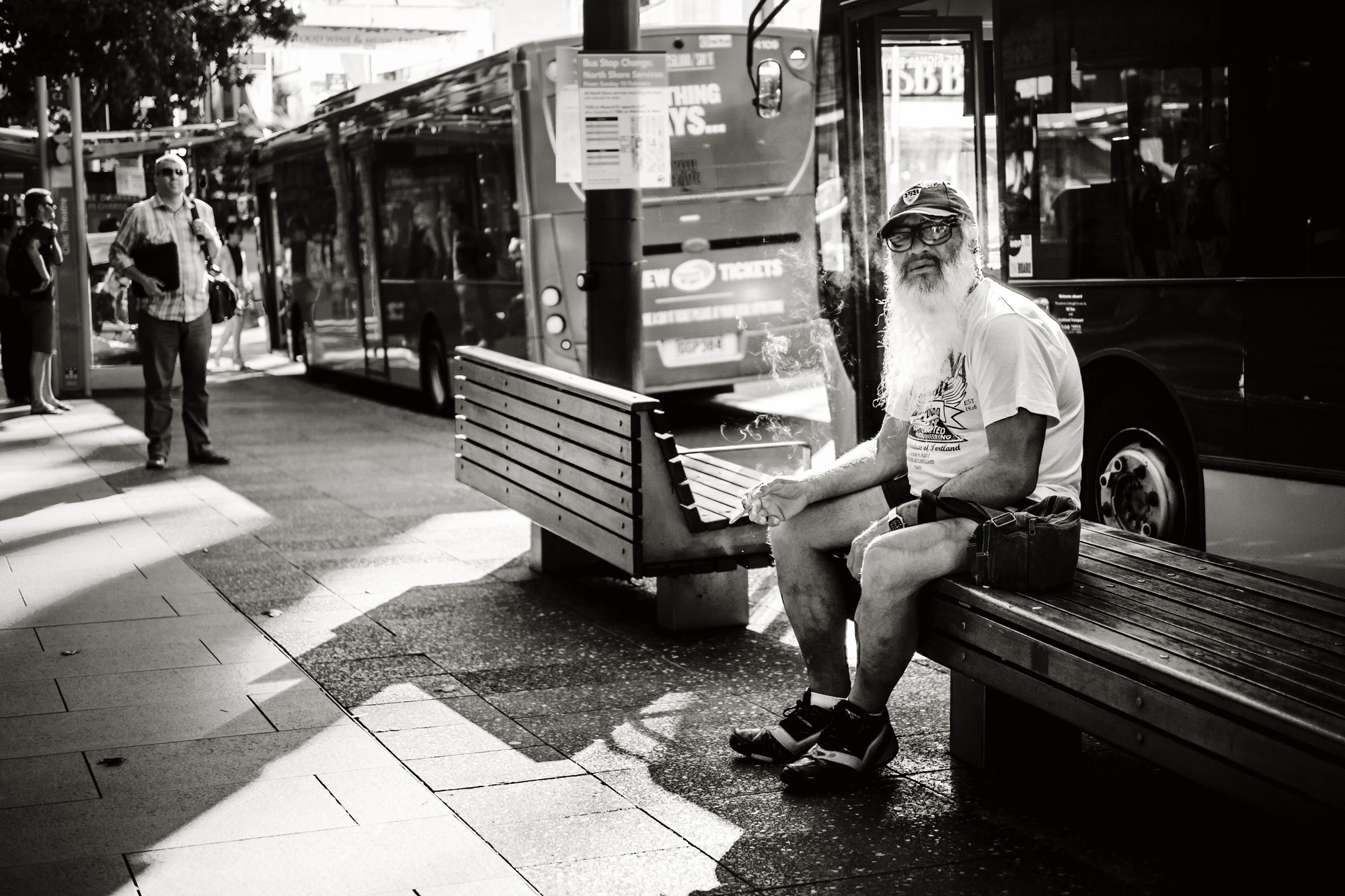 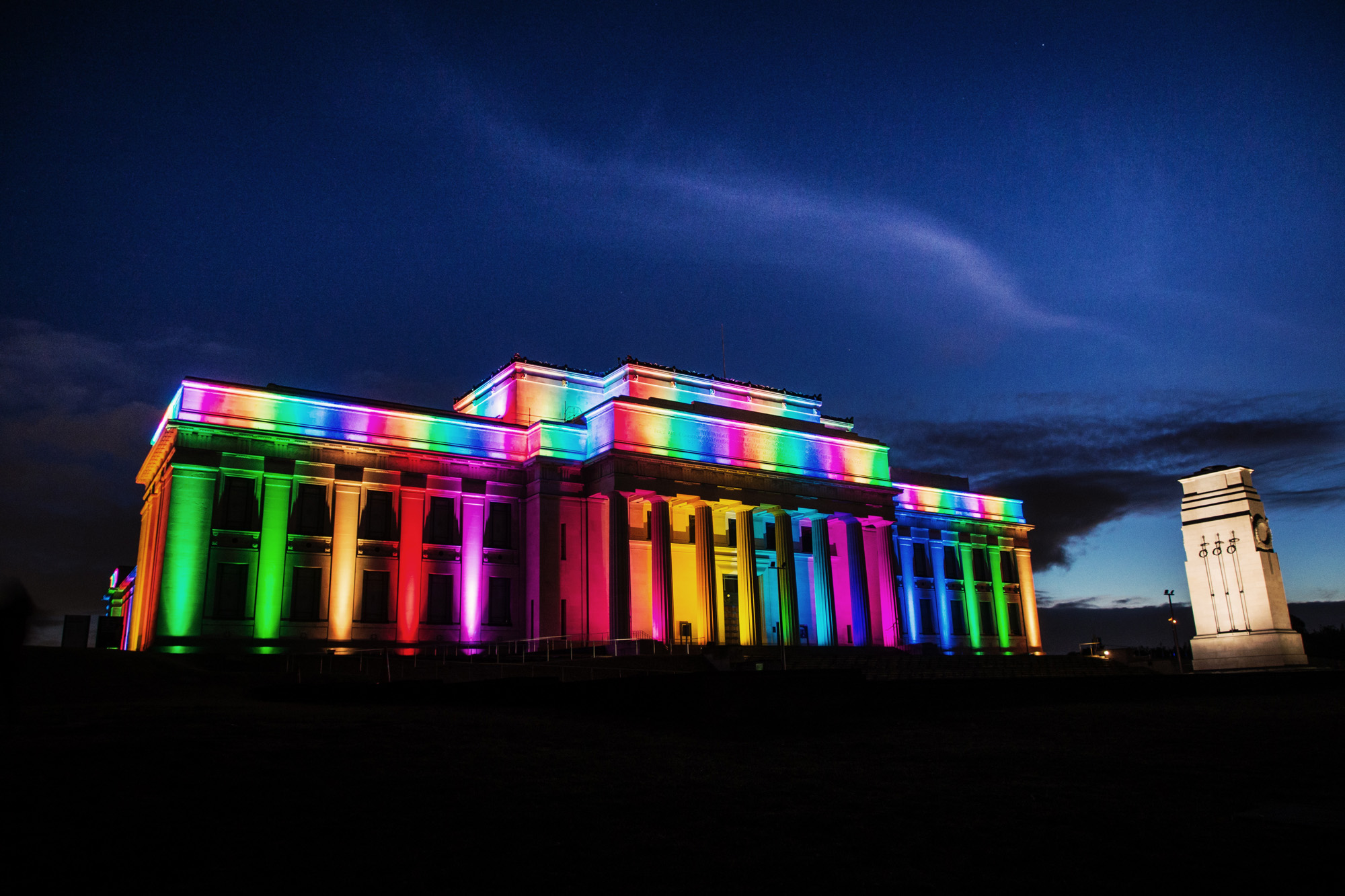 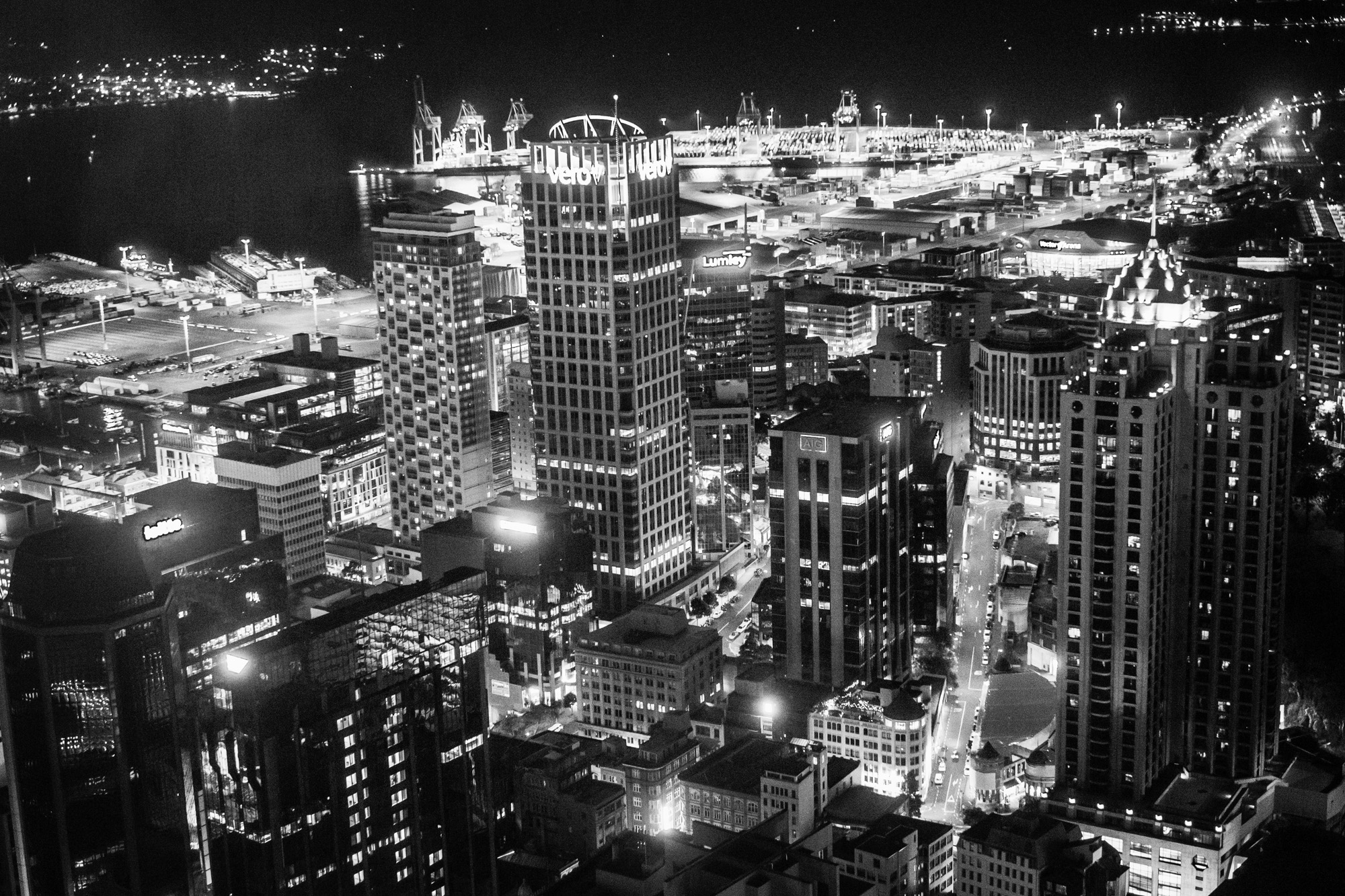 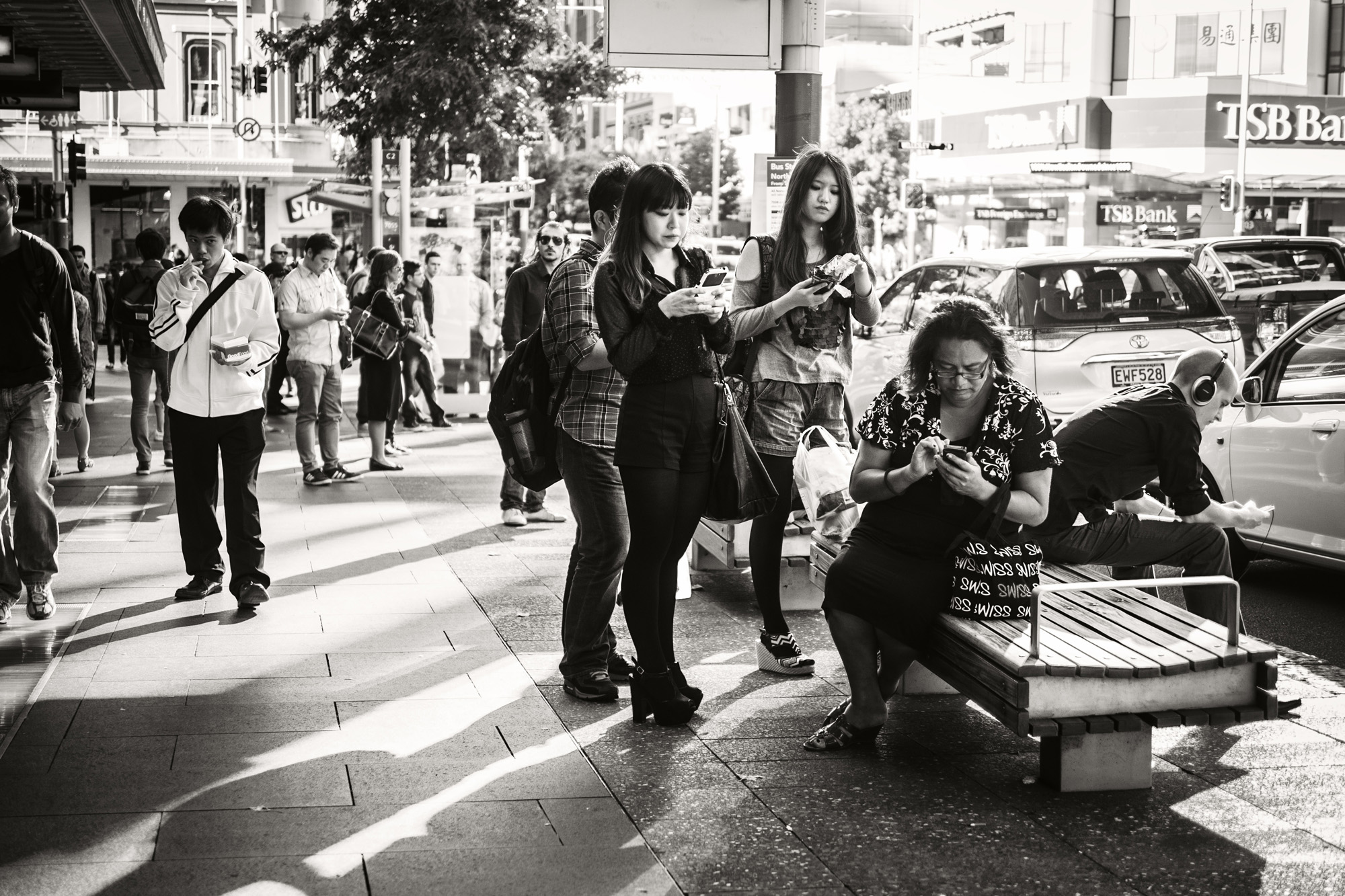 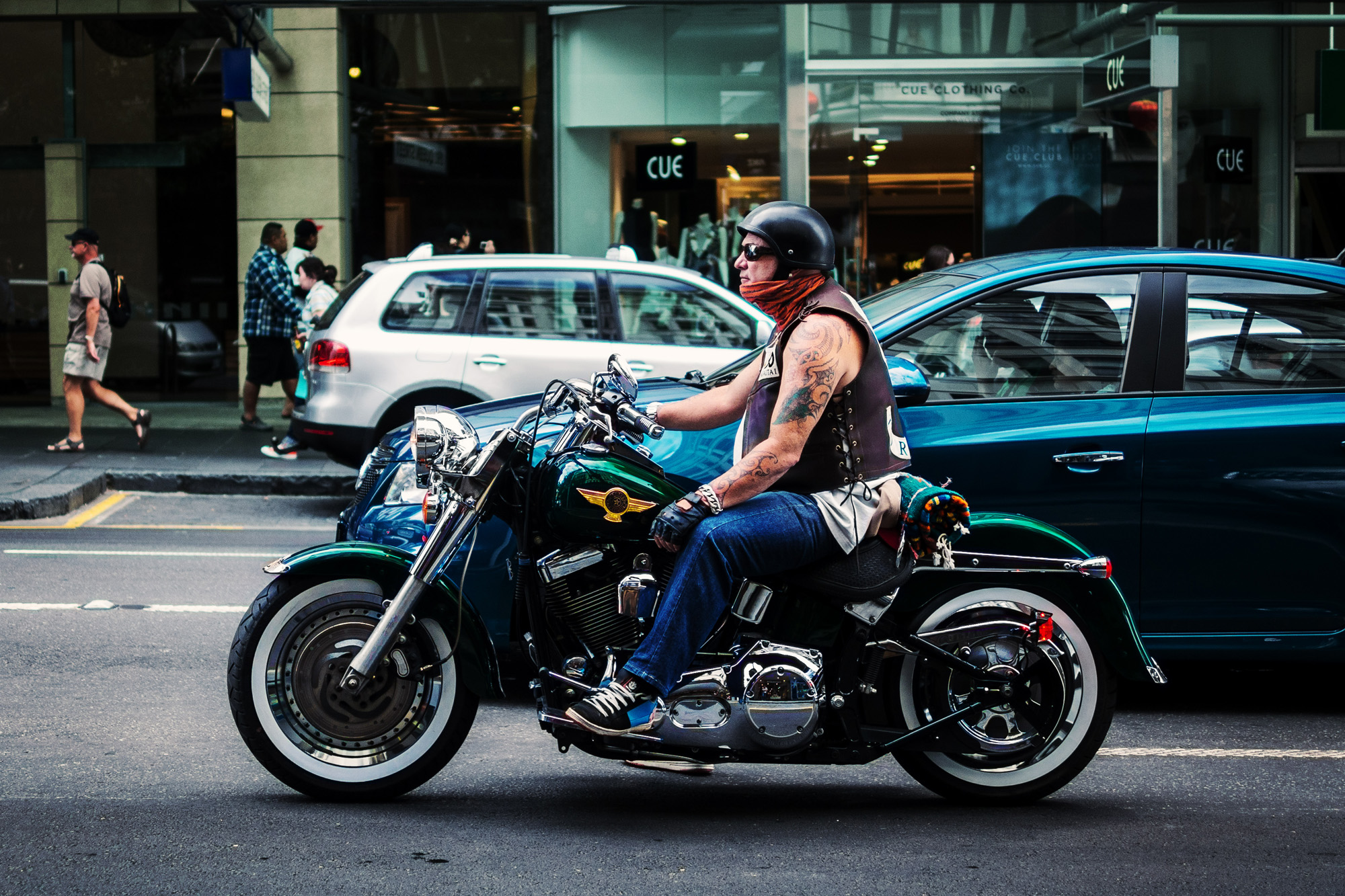 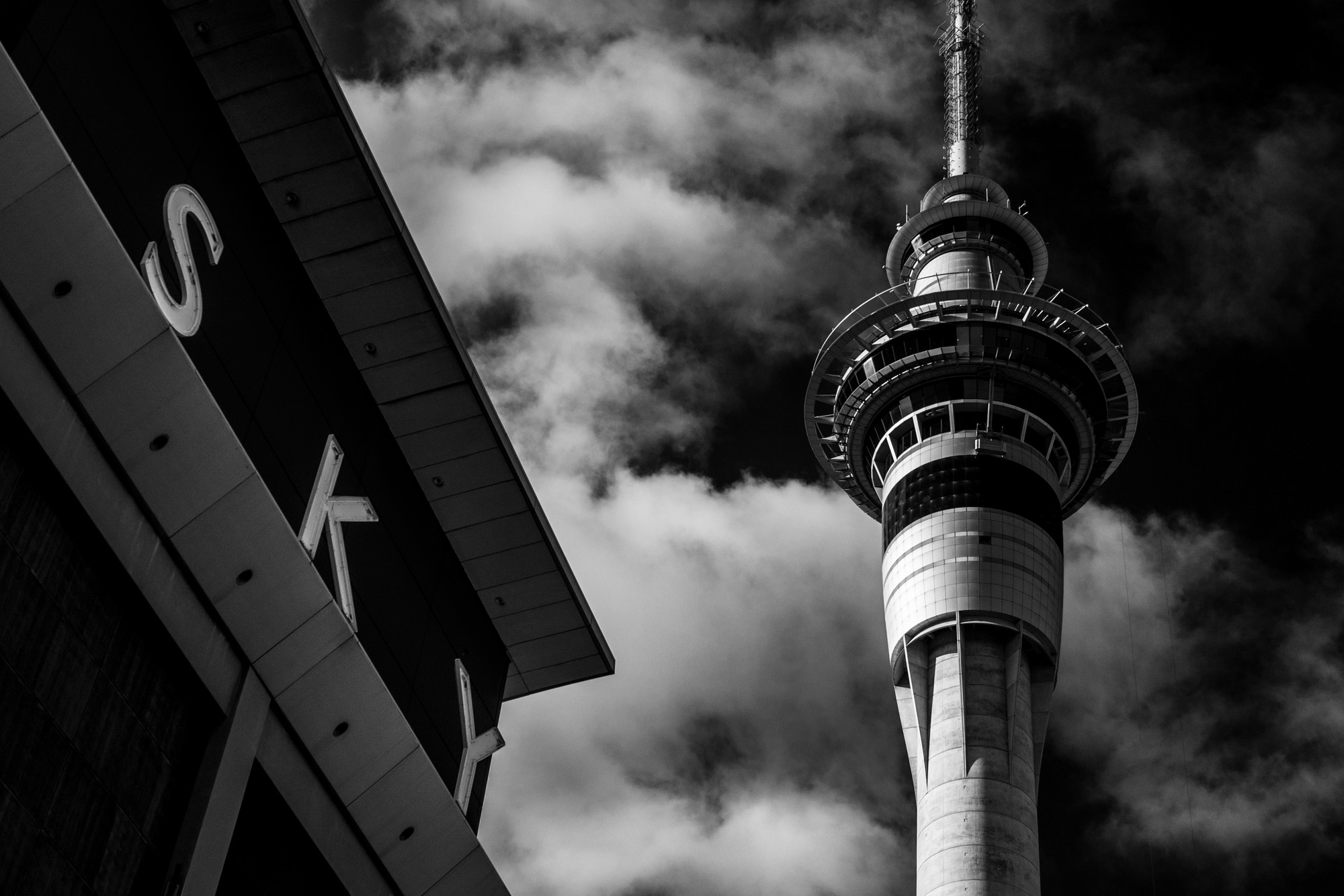 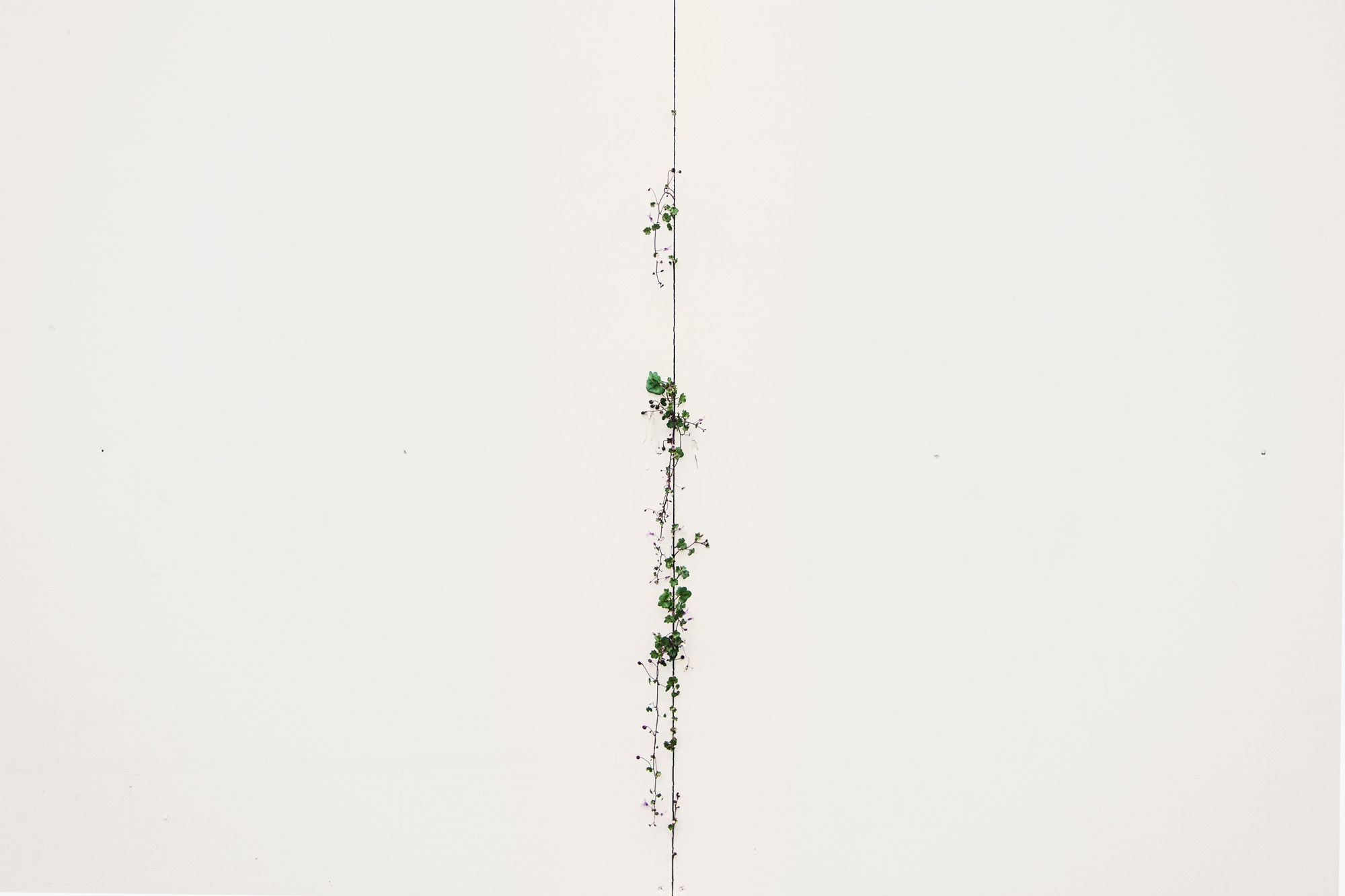 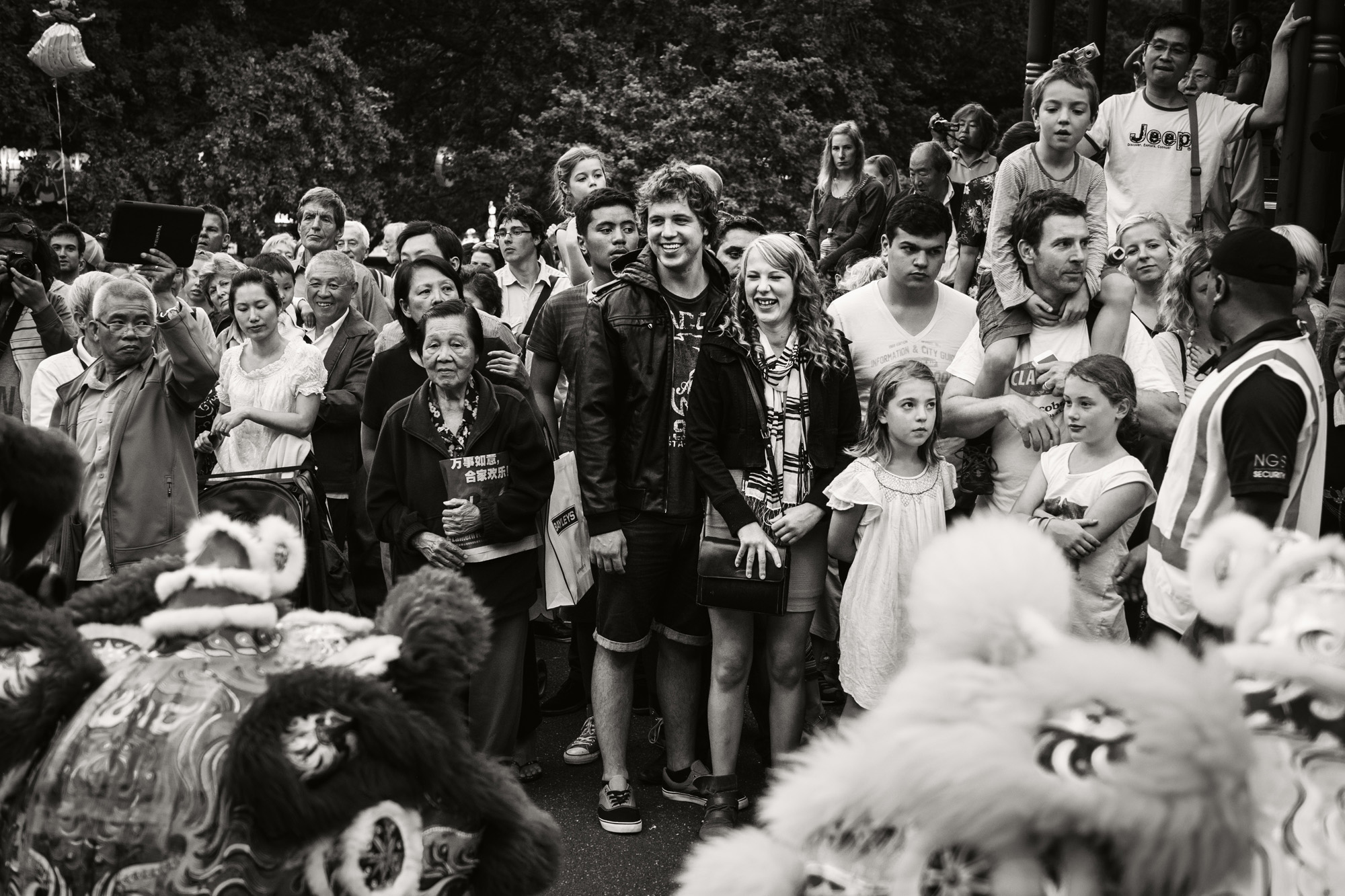 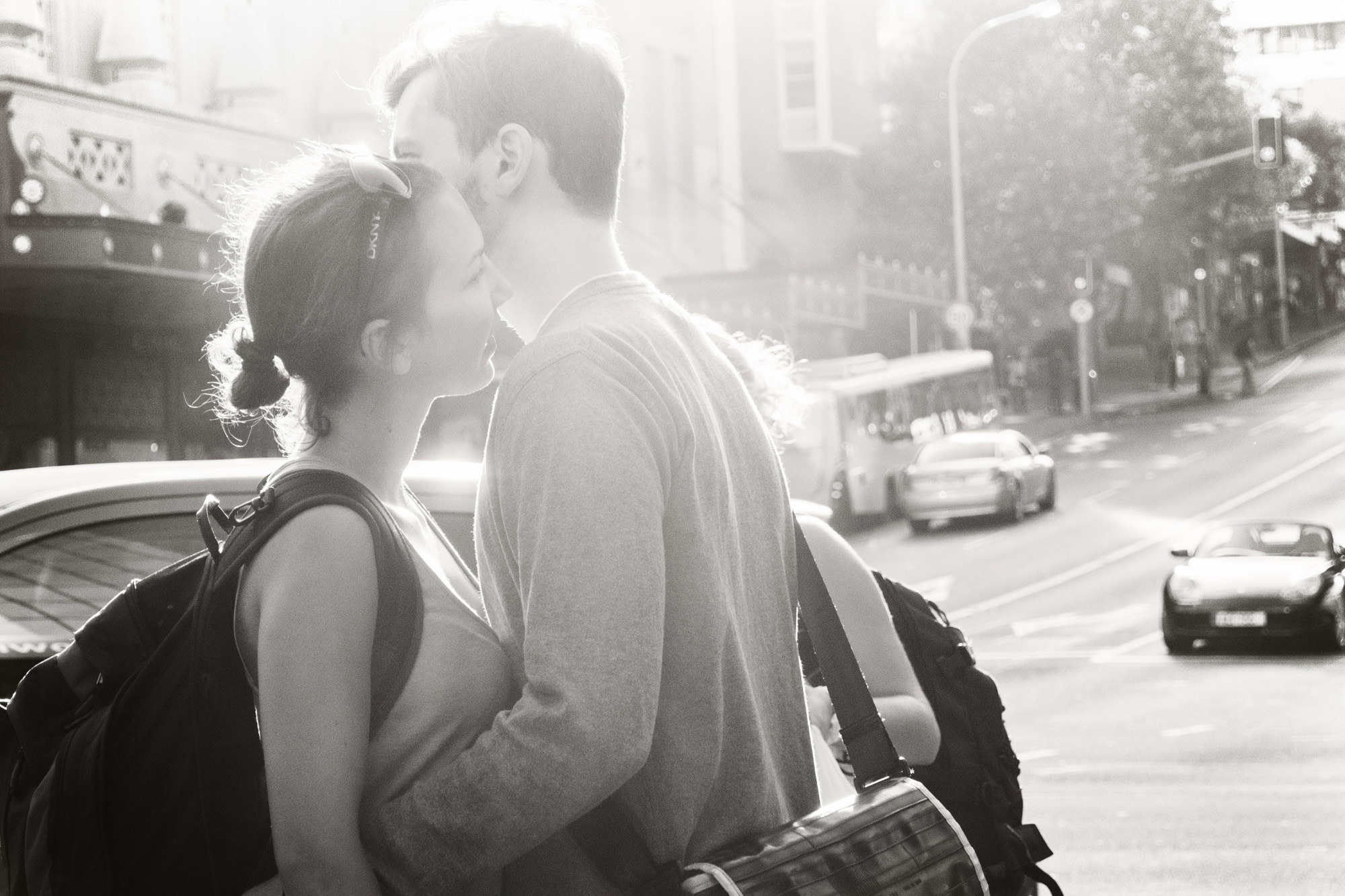 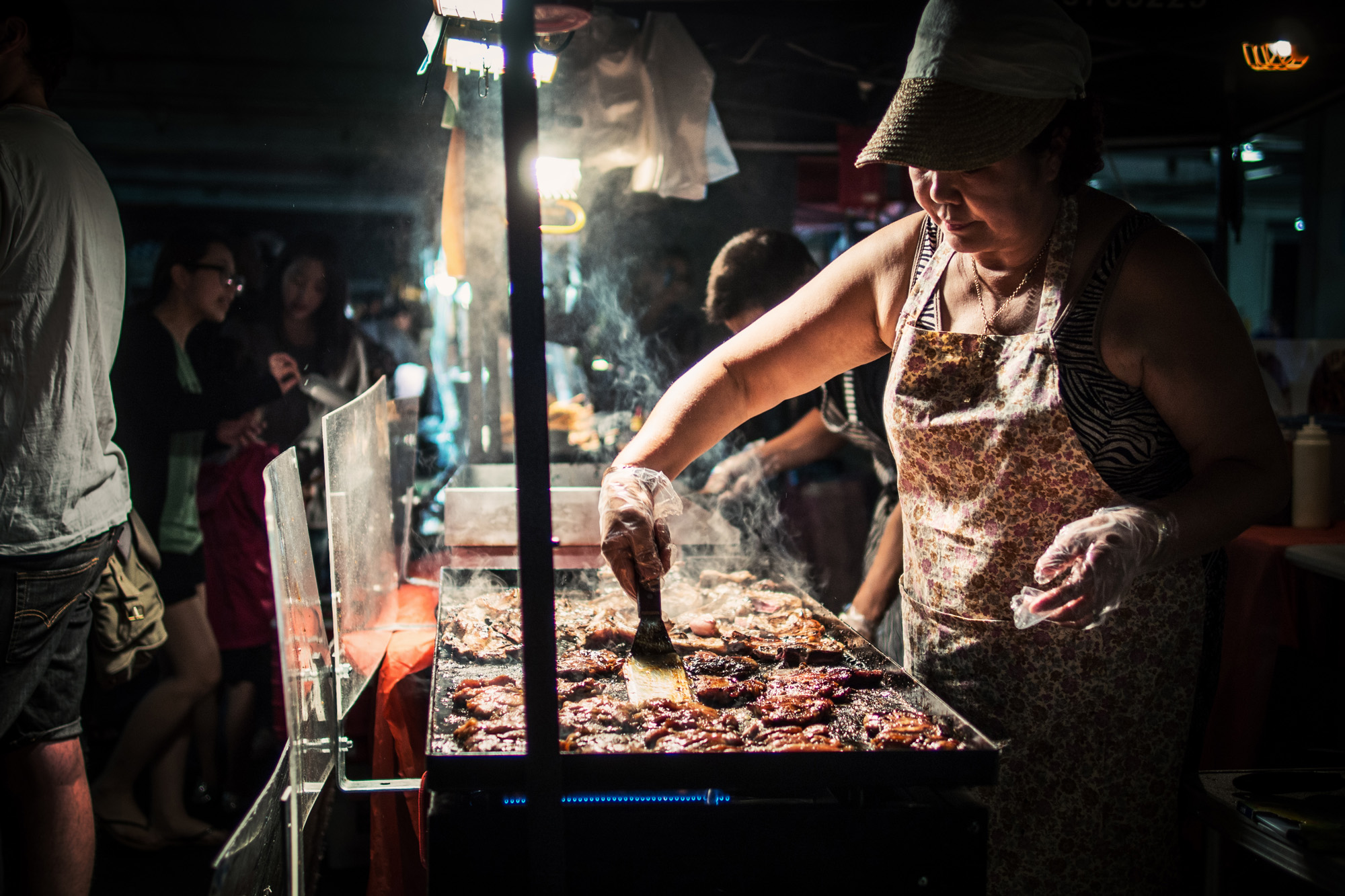 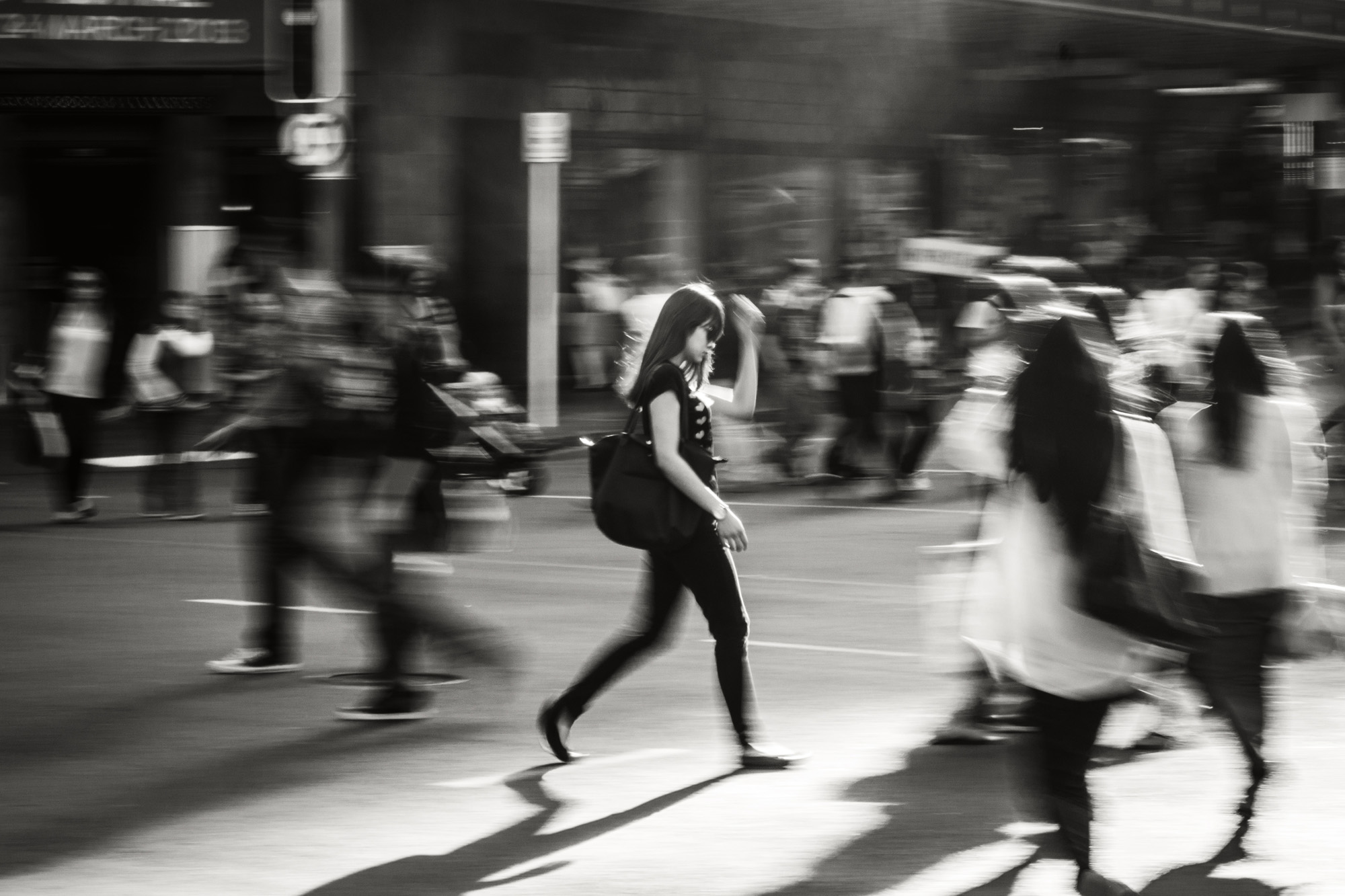 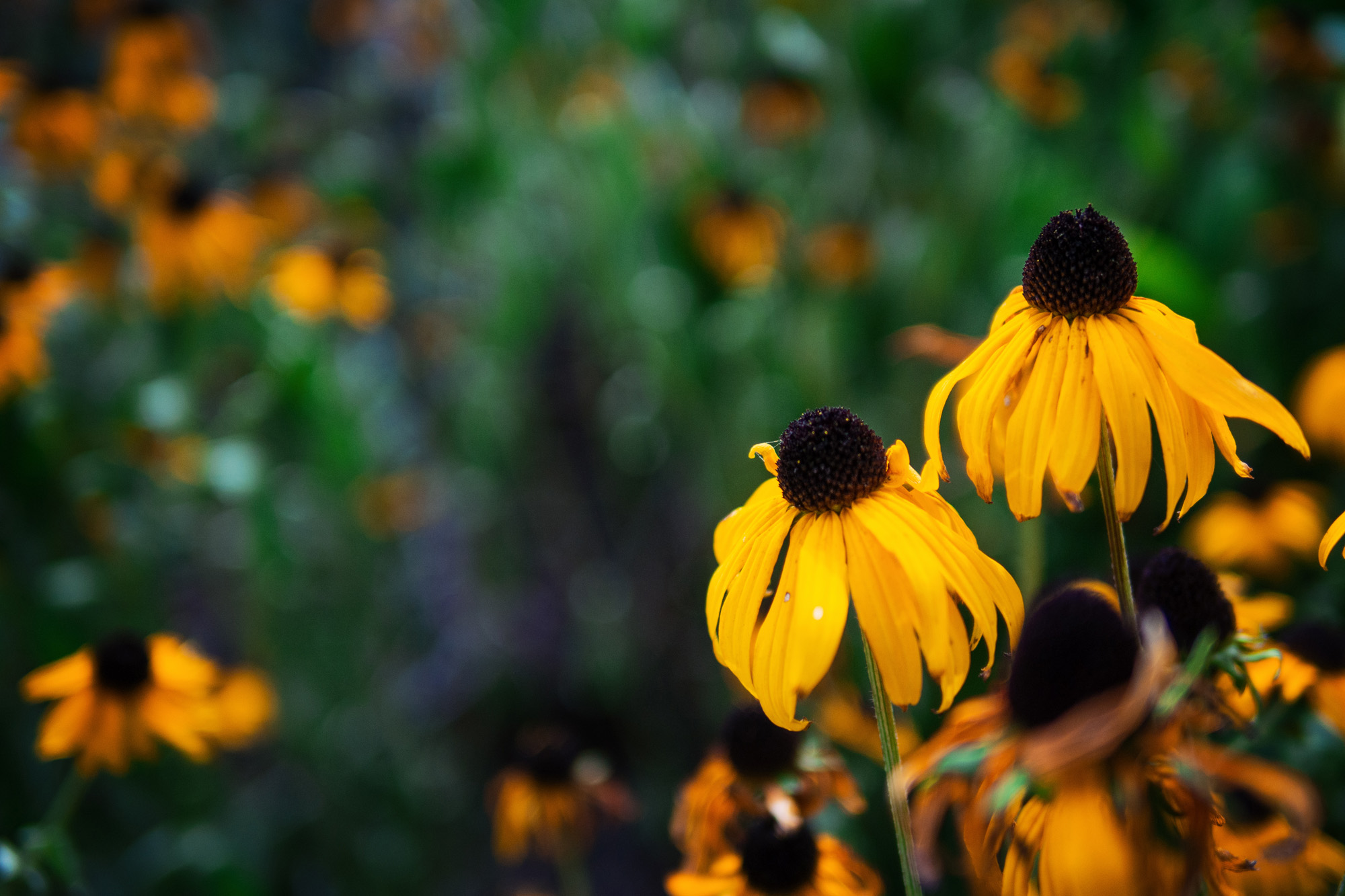 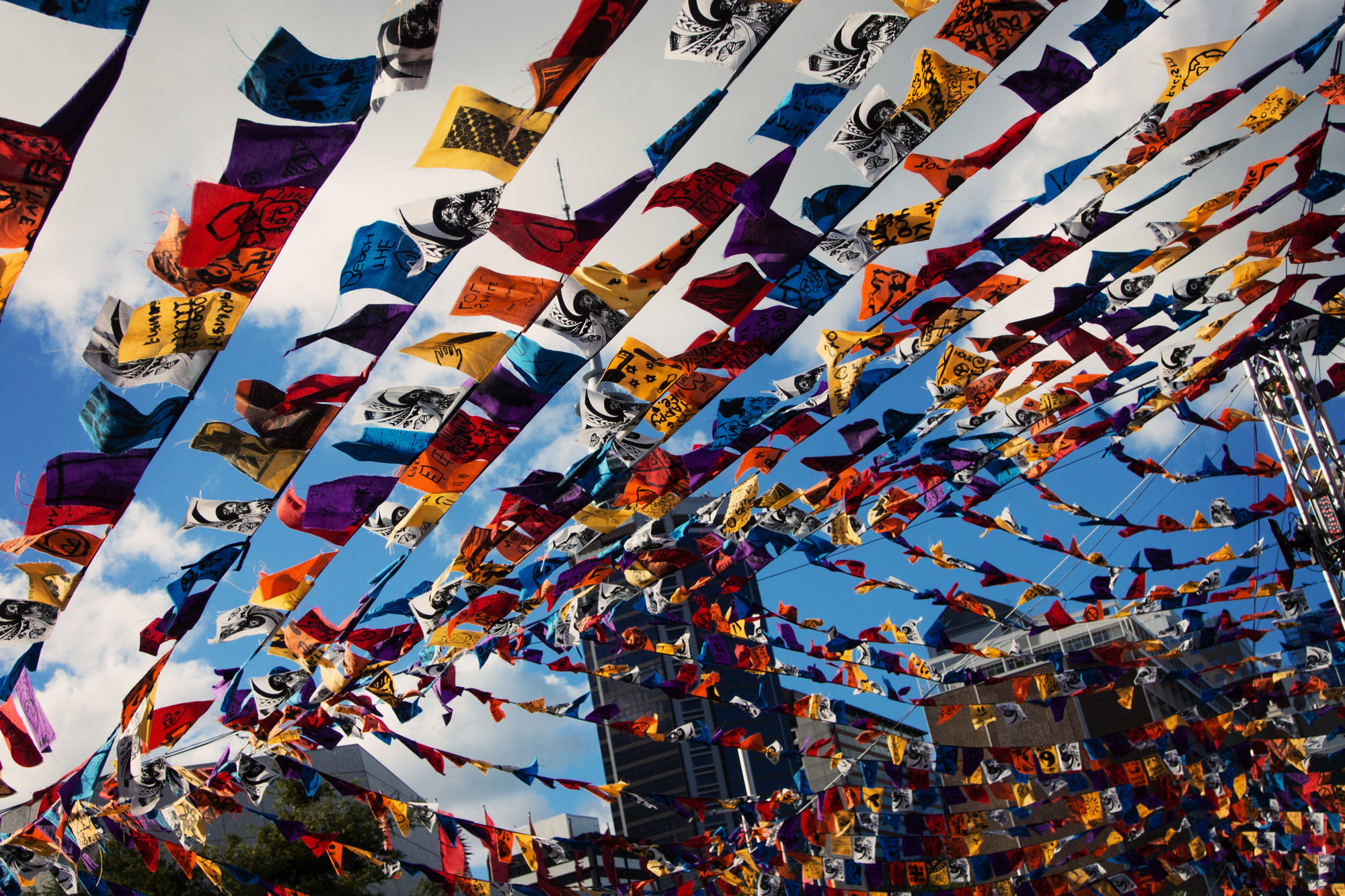 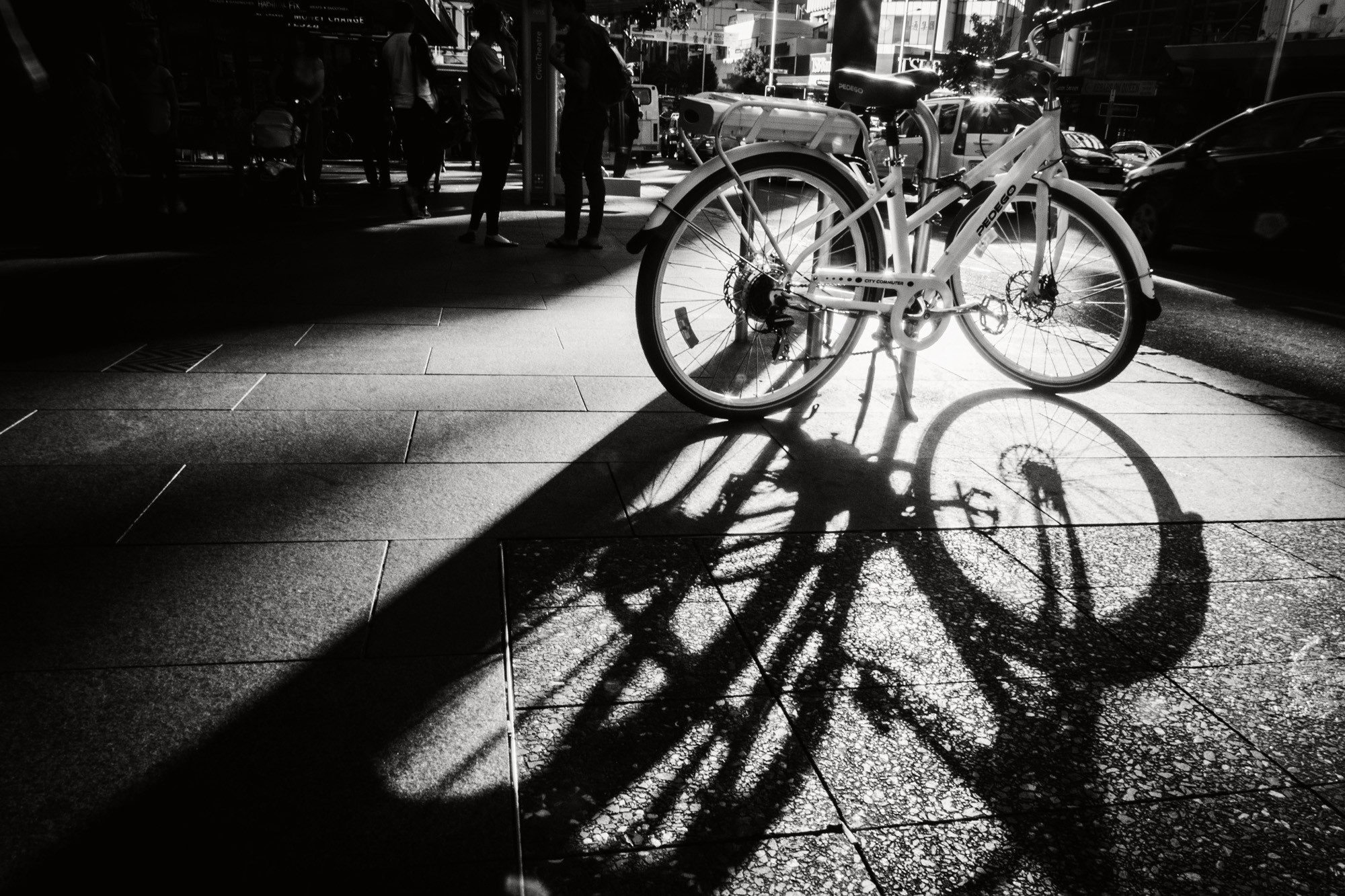 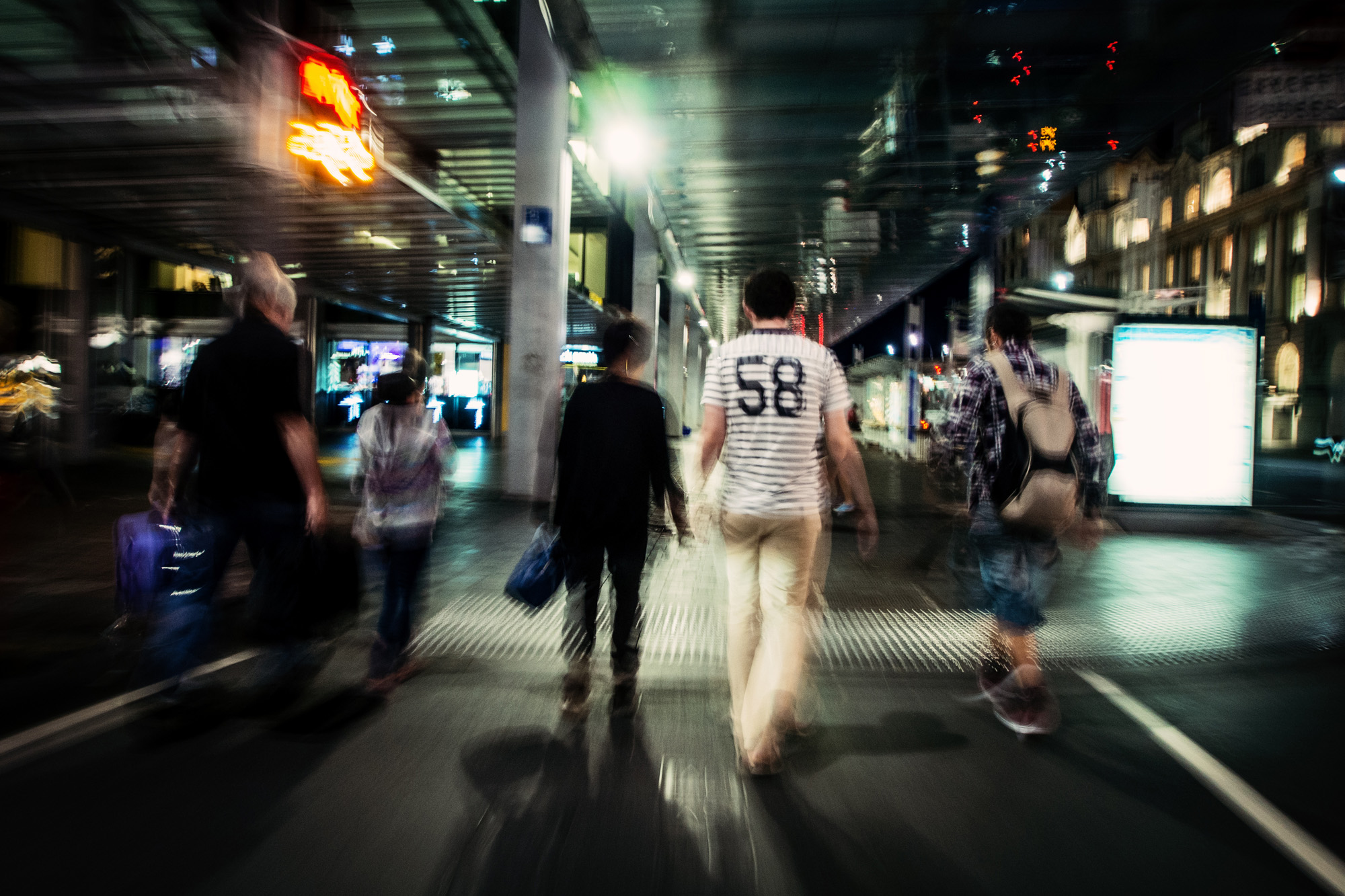